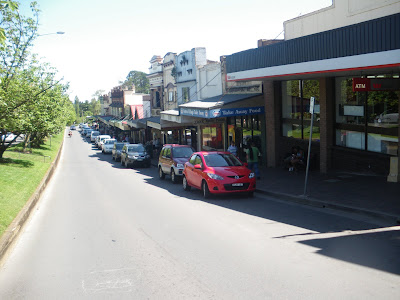 Backpacking in Australia: Exploring Leura and The Everglades

Leura is another of the villages in the Blue Mountains. It has a train station of its own, a main street and is a main entry area into the Jamison Valley region of the Blue Mountains. Its hardly well known, but it was one of those on the list whilst staying in Katoomba. Katoomba is the next village up from Leura. Leura is much smaller, and slightly more posh as my friend Martine put it. We stayed only a few miles from Leura, and on two separate days visited it, once to do some trekking, the other time to walk around the village. Another post will talk of the Jamison Valley parts of Leura (Leura Cascades, Gordon Falls), but there is also the quiet pretty village to consider. 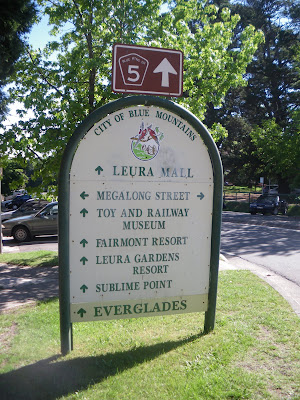 Built on hills, Leura is sandwiched between Wentworth Falls and Katoomba. There is a main road where all the shops and cafes are on. This main street is on a hill and is very pretty and traditional. Old fashioned sweet shops, toy shops and nik nak shops made it remind me of somewhere like Dorchester or Poole (both traditional towns in the south of England). There also seems to be more posh-ness and its full of a slightly different age group. I found it to be mainly the elderly and middle aged – not so many young ones as Katoomba. 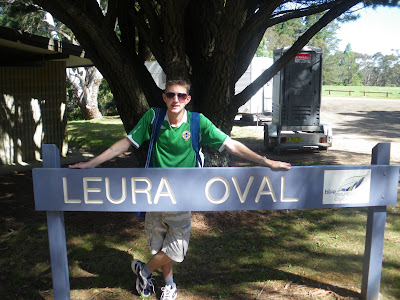 From this pretty main road you are led right down to where the Leuralia Museum is and the entrance to the Prince Henry Cliff Walk. We had already done all the treks by the time we went to Leura Village. We saw on the map that there was a sports ground in Leura so we headed there. With a shed as the toilets, an unused cricket pitch and a sky blue sign saying “Leura Oval”, it really wasn’t much of a sports ground. Cricket is presumably played there. 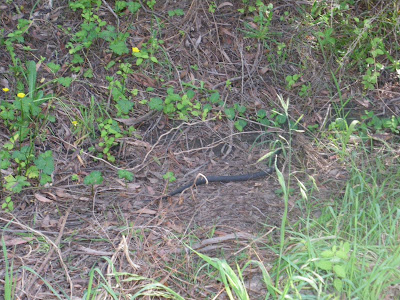 I still posed by the sign post and said that I’ve been to the sports stadium in Leura though. The Leura Oval backs on to the Everglades (not to be confused, compared or associated with or to the one in the USA), which is a swampy marshland area. We saw a few snakes there (one videod below) and wandered around the tracks. Also in Leura is a very small park called Bloome Park, where we chilled out with samijes one day. 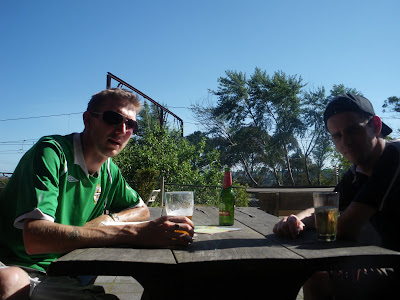 The only remaining thing for us to do in Leura was find the pub, a quick question to a local in the small shopping mall revealed that “the only bar in town” was ‘The Alex’, rather the Alexandria Hotel just on the north side of the railway track, and with a beer garden to overlook the trains. This proved to be our celebratory schooner. It was our last day in The Blue Mountains. We had completed all the treks we wanted. We had got a new flat in Parramatta and I was due to start my new job 2 days later. It all fell into place as I sipped an ice cold schooner of Resch’s Ale on a hot Australian day. 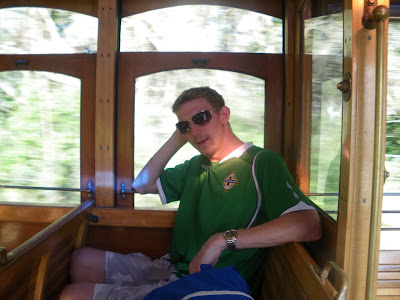 After that beer we headed back to our hostel base at Katoomba for the final night staying in the Blue Mountains. We had a free trolleybus tour ticket to use up and we hopped on round the corner from ‘The Alex.’ The elderly gentleman who was the driver gave us all a guided tour. He was local and very knowledgeable. At points on the way back he stopped off to give us details and facts about Leura and the Jamison Valley. It was all very organised. 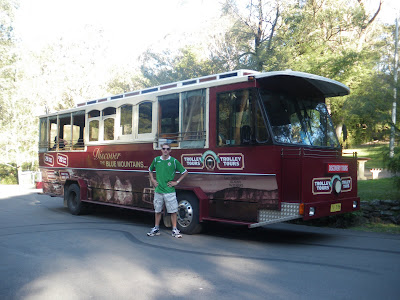 That night we did our final bits of washing in the hostel, as the Blue Mountains Central Backpackers provides FREE laundry facilities. WE also had a brisk final walk around the dreamy mountain town Katoomba (our base), popping into our then local, The Carrington Hotel, and then into Hotel Gearin for our final beers up in the mountains. The Blue Mountains adventure was over and the Parramatta dream could begin in earnest the following day.