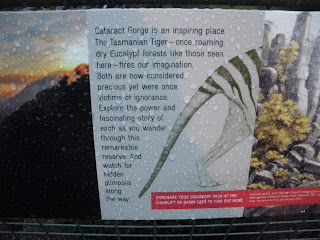 I’ve always liked the word “Gorge”, and one of these days I’ll look up what it means. It has a mystic endearing quality to it. Like on a script of a fake Poirot thriller “death at the gorge”, like a footballer who beat everyone “gorge best” or for the one i love “you’re gorge – ous.” It probably means a creek, a valley or any area where water meets land in an eye catching way. 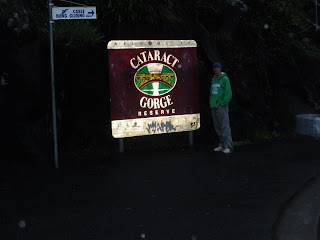 And it brings us to the city of Launceston. Taking it’s name from a location in Cornwall, but pronounced properly, this “Launceston” is a feast of a city for cafe lovers, nature lovers and those who admire the diversity of city centre buildings. Cos “Lonny” (as the locals call it) has some pretty nice buildings. Launceston is the second biggest city in Tasmania. 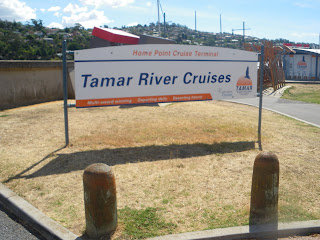 Visiting the sights of Lonny was never really on my agenda, but while living in Poatina (a beautiful, tranquil mountain village) Lonny was the nearest big city, and Jenny and I often drove there after work just to do our “big shop”, normally we’d go to Woolworths in Kingsmeadow in the south part of Lonny. 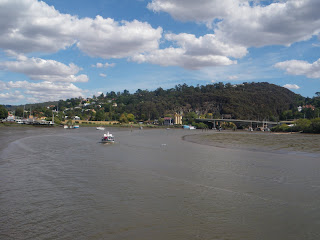 Lonny is situated in the heart of Tamar Valley, at the end of the Tamar River, and within 5 minutes drive of the city centre you can find yourself in admiration of the beautifully unexpected grandeur of Cataract Gorge. Even the word Cataract has a special feel about it. It’s something different. And this place is. 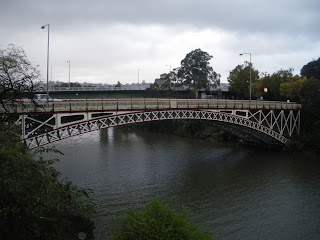 It’s not a national park – it ain’t that big. It’s basically a massive nature reserve where a few basins of water link the Tamar River to a lake and a dam on the edge of the city. The Tamar River ends at Home Point. A large basin of water at King’s Park, so close to the centre of Lonny. Two pretty bridges, Paterson Bridge and King’s Bridge (the famous one shown in the photo there) arch over the entrance to the South Esk River from Lonny. Actually the water flows the other way so it’s more like the end of the South Esk. 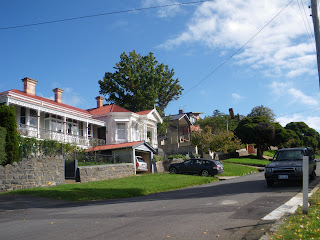 The area around is Trevallyn, which has lots of winding, climbing roads going up high, looking down on the gorge and the valley. People live there, in rich houses. They have great views. It’s situated in West Launceston, and actually Catarct Gorge is the main tourist attraction, but the entire park is known as Trevallyn Nature Recreation Area. 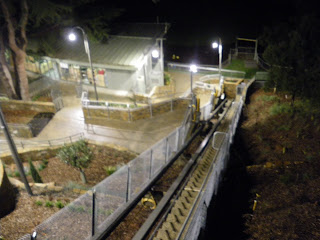 I went there at dusk and at dawn, I gathered the best two times to see it, as it beats the rush of people, and also means you don’t have to pay for parking. I think the parking fees where 9 am – 5 pm. The car park is quiet at dusk and dawn. At dusk I shared the car park with a group of attractive local female boxers, training by the gorge. At dawn only a tender Bennetts Wallaby accompanied me on my many walks around the gorge itself. 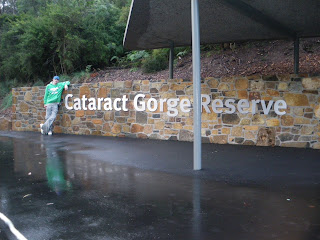 I went there alone, like quite a few of my adventures recently. This meant I could do the walks at my own speed. Which is quite fast, unless there is something major to see or do. I didn’t go the whole way to Duck’s Reach (past the second basin). But I did all the local walks around the South Esk River and the First Basin. I saw a lot. 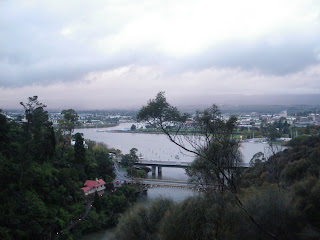 I passed a few people near Kings Bridge. Some Nike+iPod kitted morning runners jogged past saying “good morning.” An older lady was enjoying the view of the Suspension Bridge, just at the back of the First basin. We shared a “good morning.” 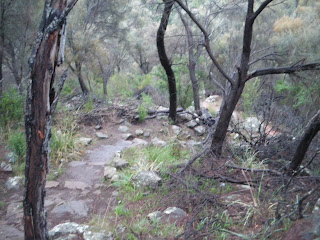 I did the Zig Zag track, which is for experienced walkers only, but it was pretty quick and straightforward. Nice views from the top, at Gees Lookout. Some steep terrain heading down to Kings Bridge, but a very pleasant scenic walk. You can see the South Esk River flowing endlessly down to Home Point, where the city of Launceston gasps up surprised to have such natural beauty next to a village shop. 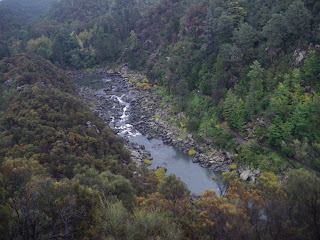 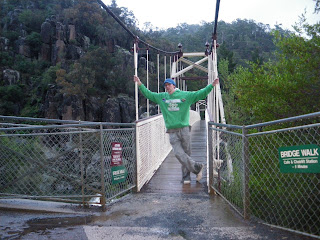 The bridge is bouncy to walk on. You feel it moving. It’s impressive. The view is good. But it’s just something about being there. The Bridge is the one that appears on all the postcards and images of Cataract Gorge, so you’ve kind of got to walk along it. 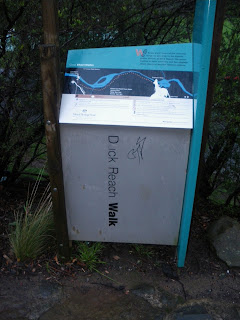 The entrance to “Duck Reach Walk” is here, just before the Alexandra Suspension Bridge. Somebody has cleverly doctored the sign to read “Dick Reach Walk.” There’s no shortage of childish humour in Tasmania. And you’re just as likely to see a dick as you are a duck on this island. 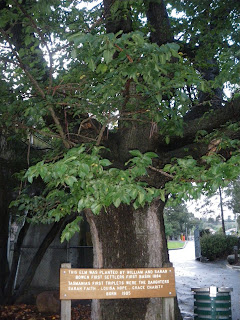 There are a few other points of note, near the main car park. There is a free barbecue area there. Which would go down well with the travelers and day trippers. There is an old elm tree which was planted by the first settlers to the First Basin area. The same settlers, William and Sarah Bowen also bore Tasmania’s first (known) triplets Sarah, Louisa and Grace. 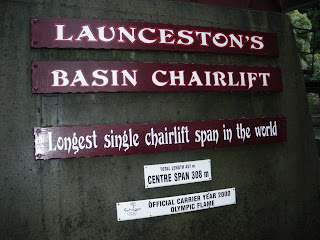 There is also a chairlift that takes you across the Gorge. It must be a relaxing trip that, and a decent view. The most surprising point is that it claims to be the “Longest Single Chairlift Span In The World”, now I’m not so sure. I was on a chairlift two years ago by The Needles on the Isle of Wight and it was much longer than this one! Australian’s claim everything to be something more special than it is. Perhaps this one is a lie that nobody cares about. It would make me want to not go on the chairlift. Which, I didn’t. 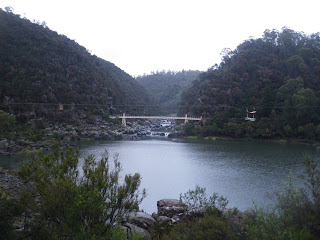 The Information Point on the way in says “Cataract Gorge is an inspiring place”, to which I’d agree. But I’d also venture that the most special thing about it, is it’s proximity to such a busy and vibrant city. Within a few minutes walk you can be having a coffee on a pedestrian area of the main shopping area. In fact, I can’t recall a single other place I’ve been to which has city buzz and nature’s charm so close to one another. That’s more special than the Gorge itself. Believe me.

THE ZIG ZAG TRACK AT CG:

ON THE ALEXANDRA SUSPENSION BRIDGE:

POIROT (NOT MURDER AT THE GORGE):