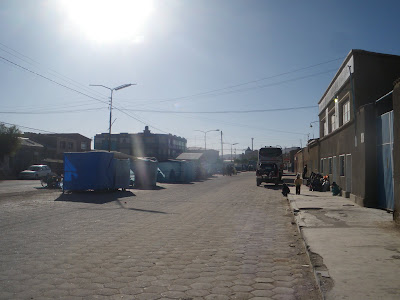 Backpacking in Bolivia: The Only Tourist In Uyuni, World Capital of Dust

My adventures backpacking in Bolivia continued and from Potosi and La Paz, I headed next to Uyuni. It seemed very odd (and dusty) that I was the only tourist in Uyuni. Well that’s how it seemed. I arrived by bus from Potosi – itself renowned as being “the world’s highest city.” Uyuni sits in dust at 3,670 metres above sea level and has a population of 21,000. 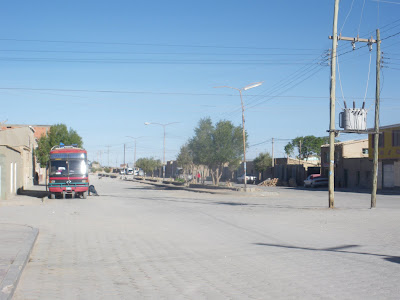 My bus into Uyuni did feature four New Zealand guys, but they disappeared into the dusty Uyuni twilight as soon as my bus rocked up alongside a dust track which was to become Uyuni’s main road. This is a city and a dusty one. You can almost see and cough up the dust in those photos. 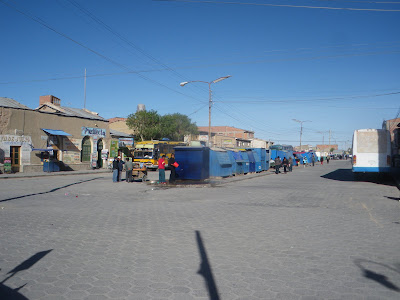 Uyuni is Bolivian through and through. People sit on kerbs all day long. Kids try to sell you any type of fruit. Women carry more than their body weight on their head and everybody wears far too many clothes in the humind climate. These traits typify the Bolivian folk. 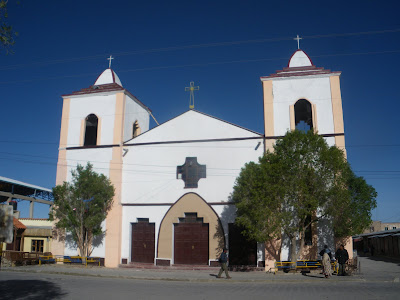 Main Church in the square. 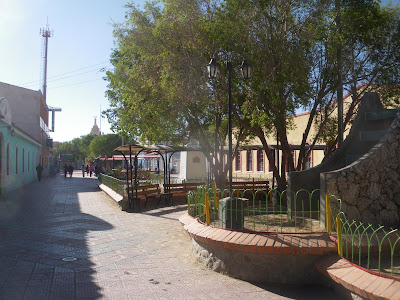 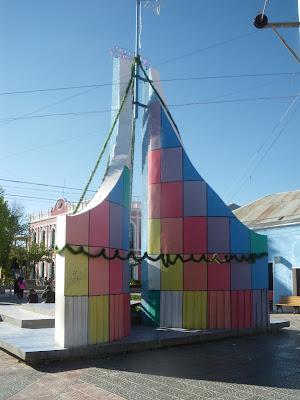 An artistic Christmas theme in the city centre. 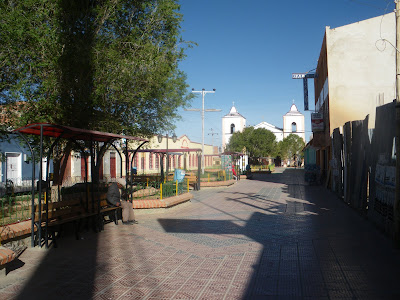 How quiet the pedestrian precinct was early morning. 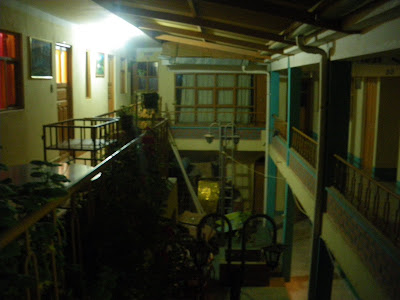 My hostel – Hospedaje El Salvador. There were NO other tourists staying there. 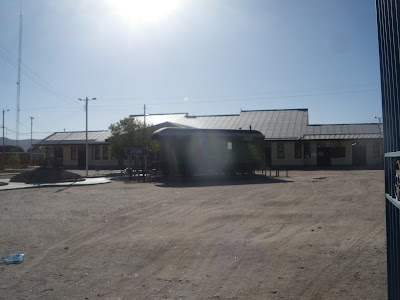 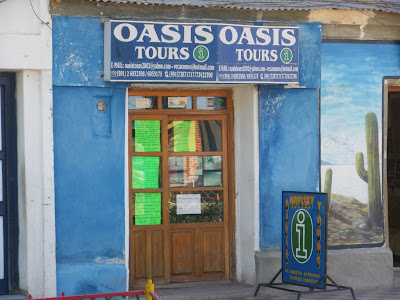 One of the tour companies. Oasis, words of wisdom: “Some might say that sunshine follows thunder. Go and tell it to the man who cannot shine.” 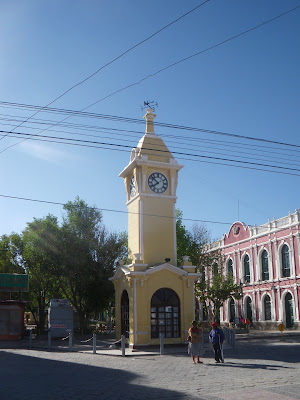 A wee yellow clock tower is prominent in Uyuni. The most disturbing thing is that the clock time is wrong, and this meant I almost missed my tour. 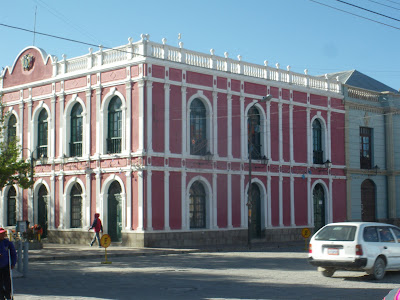 In amongst all the dust, a pretty government building. 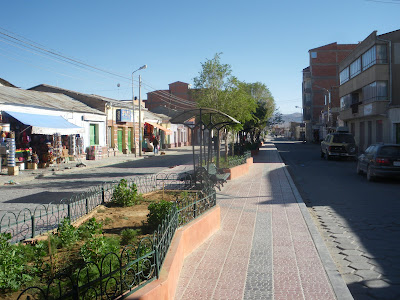 Downtown Uyuni, really just a big town, rather than a city actually. 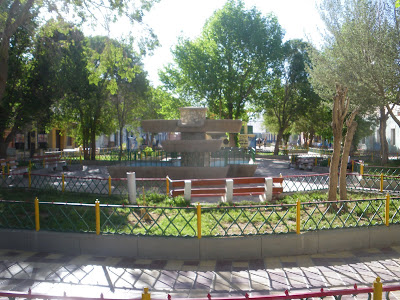 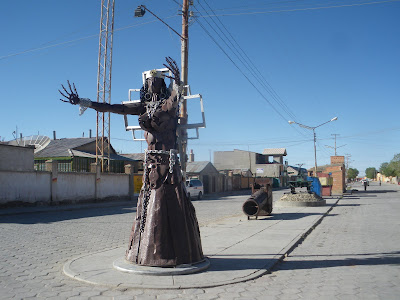 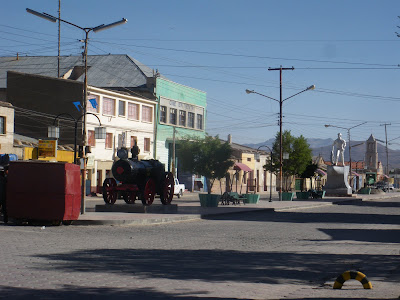 More random objects in the streets. Pretty to look at. Still dusty though. 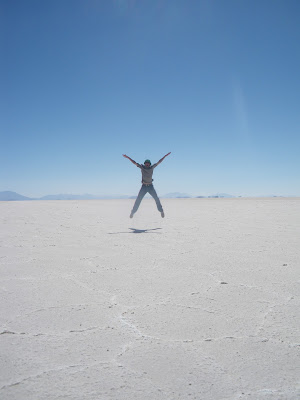 The main reason why anyone goes to Uyuni is usually to see Salar De Uyuni, which is the biggest salt plain in the world and is nearby. But Uyuni is also the nearest settlement of any decent size to the border post for Chile and entry into Chile. This can be hard for travellers, as you MUST get your passport stamped in Uyuni as having left Bolivia, some 120 kilometres from the border. An odd scenario but as a seasoned traveller I always note these things. 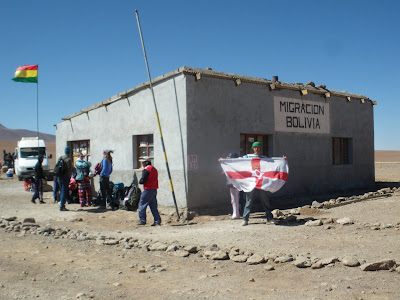 Later on (2 days later) I actually crossed the border into Chile for a few minutes (you dont actually need a passport to do that as it’s just a hut in the middle of the desert, but would be in real trouble when you go to leave the country without one). Incidentally I have been to Chile twice, but not seen anything in it! 2 hours at Santiago Airport sampling Chilean beer and wine, plus a few minutes at Hito Cajun. 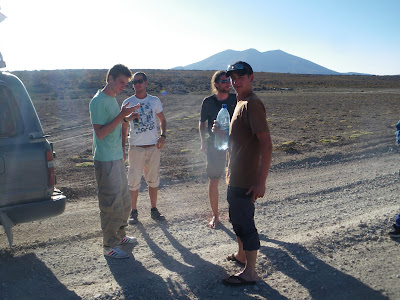 I did bump into one tourist there though. As I was buying bottles of water for the Salar De Uyuni trip, I asked a guy if the time was correct on the clock. He was French and we spoke in Spanish first then English. He told me the clock was wrong. This guy was Benoit, who would later join me on the Salar tour and become one of my travel buddies for about 4-5 days… 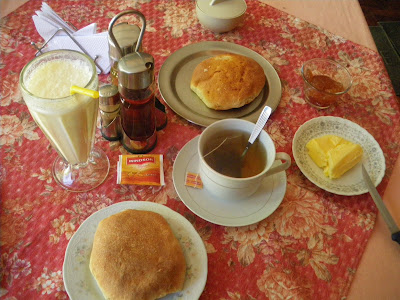 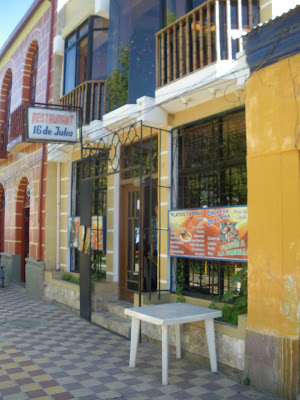 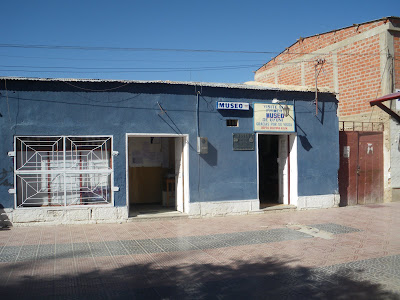 The Museum in Uyuni. I didn’t go in. 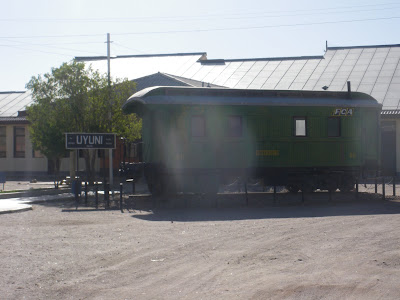 A close up of the dis-used train near Uyuni Station. You can catch a train there, but I used buses in Bolivia. Nearby there is also the Trains Graveyard, a scenic tour to which I will cover in a separate post. 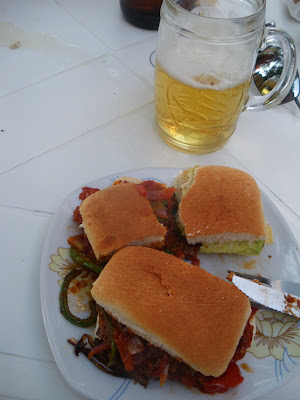 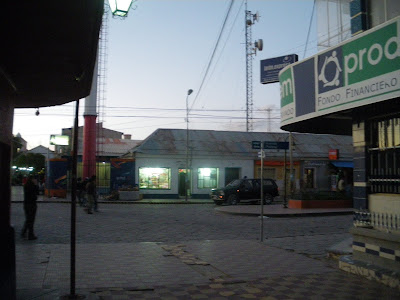