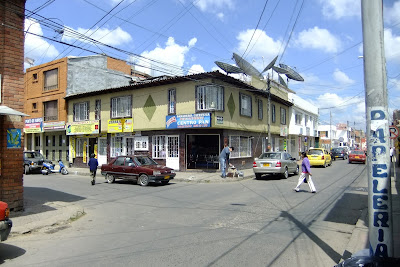 Nope, it’s not a spelling mistake. It shouldn’t be China, it shouldn’t be Chiayi. This is the typical non-touristy Colombian town of Chia. Backpacking in Colombia threw up a few random gems, of which this was more of a “cool enough city – let’s go grab a beer though!” 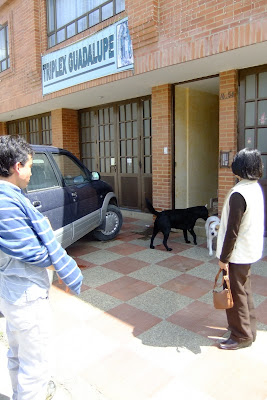 I ended up there courtesy of my Colombian friend Julio Felipe. You could mistake it for a subrub of Bogota, but the countryside in between and the town square make this surely a town of it’s own right in the area known as Cundinamarca. 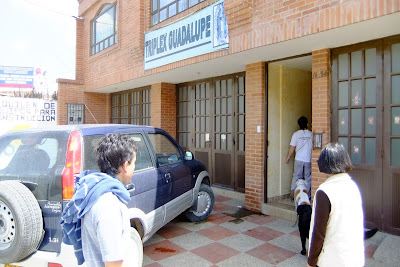 We called in with David, Julio’s brother who lives with his dog near the town centre. That’s his flat. We’re invited in for Coca leaves, which taste like Mate but I’m not that keen on them. 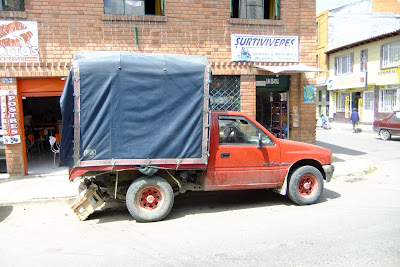 Just seeing a vehicle like this are typical in these random Colombian towns. 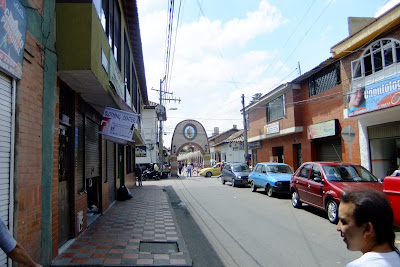 There were a few desperate things I wanted to do in Chia, as it was my last full day in Colombia (though I had a bus change the next morning in Cucuta to get across the Venezuela border). This included posting a postcard, withdrawing some money, getting some Venezuelan notes (which was in vain and really affected my time in the country) and squeezing in a final beer with Julio. 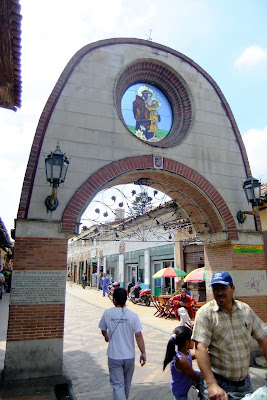 Entrance to the town square. 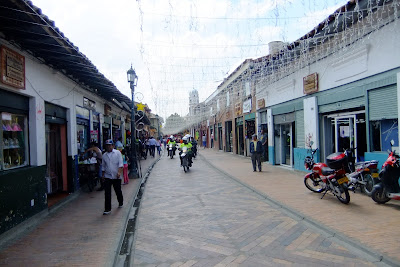 Street in the centre by the town square of Chia. 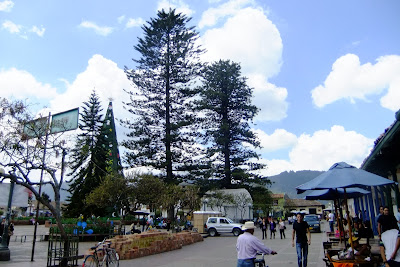 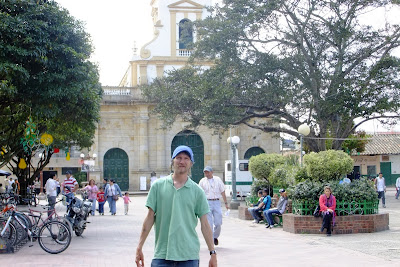 Standing in the square, obvious foreigner. 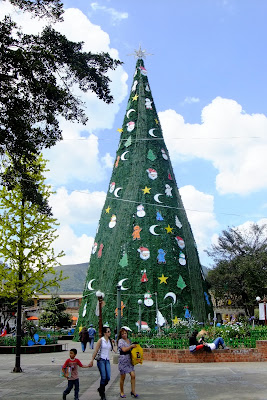 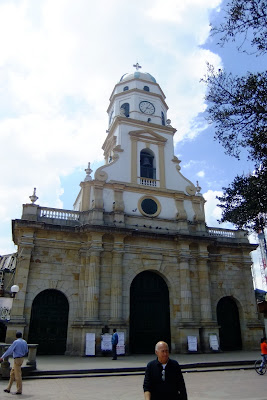 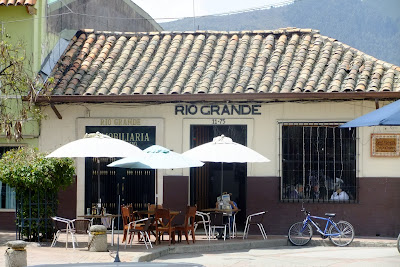 The bar Rio Grande where I had my last beer with Julio and David before leaving Colombia. 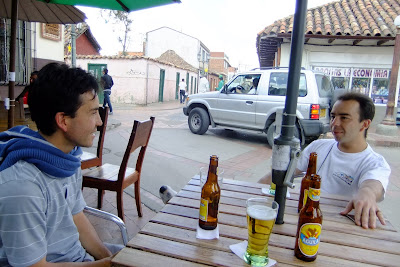 Having a wee Aguila beer with Julio and David. 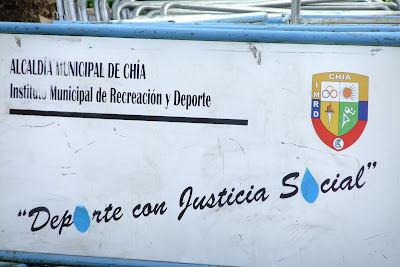 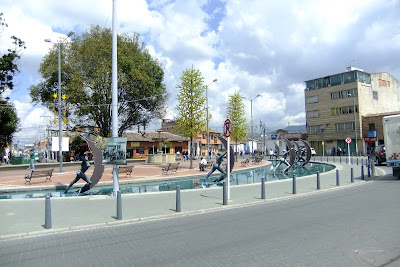 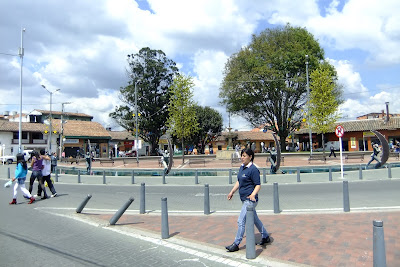 Wee roundabout area where we met Julio’s Mum and sister at a supermarket while we had our beers. 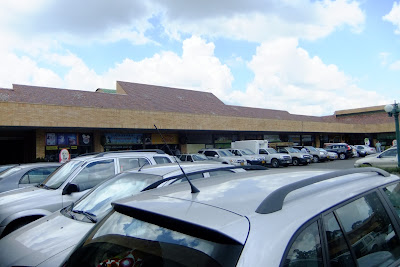 The shopping centre where we went where I couldn’t withdraw money or get Venezuelan money. It was all a rush and very confusing. 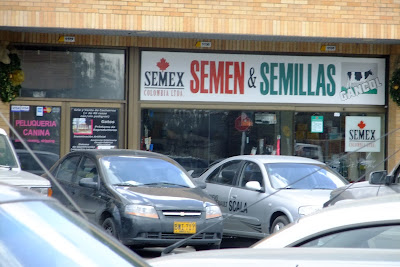 That Shopping Centre was random. Julio’s Mum and sister tried to sell their cat, Cow Semen was for sale and in the middle of a Colombian town, a stray camel oddly graced the shopping centre’s aisle… 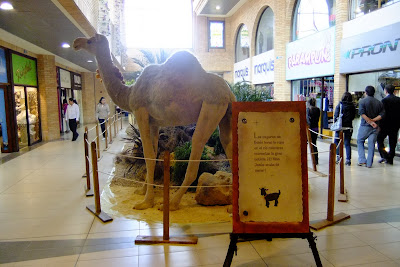 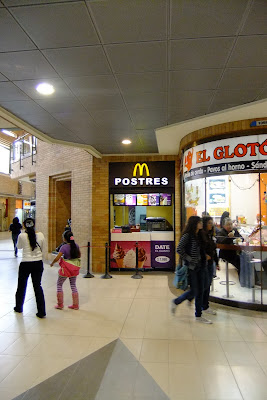 And the world’s smallest McDonalds was also in that shopping centre. 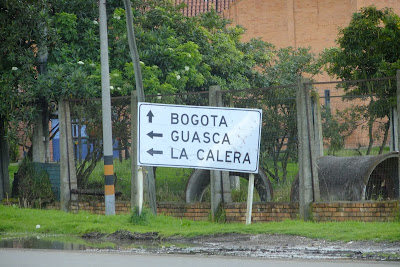 This was captured just on the way out of Chia, nice to have 2 places I saw in Colombia on a wee sign (Bogota and Guasca). 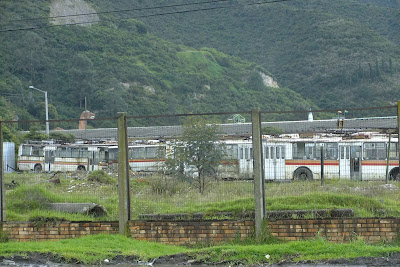 And after my visit to Chia I was soon back in the town of Sopo and heading on a bus north east towards the Colombian border. Colombian bus wilderness captured in all its mundane, rusty glory above. This is some journey…
Name of Town – Chia, Cundinamarca, Colombia
Language – Now Spanish, but originally Chibchan
Population – (of which one is David, Julio’s brother) 196,640
Nickname – The Moon City
Key Song –
R.E.M. – MAN ON THE MOON:
HAVING A BEER WITH FELIPE AND DAVID IN RIO GRANDE BAR, CHIA:
A FINAL NOTE ON CHIA:
Chia is so obscure and I reckon rarely would a foreigner ever go there, it’s nice to have added it to my off the wall travel list…
Join 15,017 Monthly Readers! If you enjoyed this article and LOVE travel and SAVING money, get e-mail updates from Don’t Stop Living – a lifestyle of travel! (It’s Free) 😉 Jonny

5 thoughts on “Backpacking in Colombia: The Town of Chia”