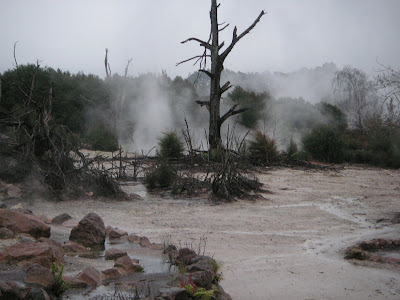 Backpacking in New Zealand: Is this the way to Rotorua?

I decided I should head south of Auckland and explore some more of the North Island. Obviously in the short time I was spending in New Zealand, it would be hard to see both islands, so I decided pretty swiftly I would leave the South Island out and do a mini tour of the North Island. I would come back someday and do the south island and dream my way into Australia.
My bus left Auckland early and stopped only once, at Huntly. An amazing little village by the Waikato River. Such amazing scenery on the way, and I also passed through Hamilton and Cambridge on the way, speaking to a young Cambridge Navy Girl who was rather hot and a few of my fellow bus mates as we stopped for a beer at Huntly. The relaxing journey then took me to Rotorua. I was told Rotorua would have an air which smelt bad. However on exiting the bus at Rotorua Bus Station, I was welcomed by a calm, peaceful sulphuric scent which I was only too glad of. People who think it smells bad, obviously dont enjoy their own farts. I love letting a smelly one out, and I liked the smell in Rotorua. I would later witness a similar smell in Iceland (the last part of my world tour). 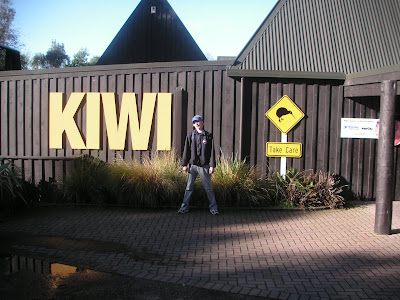 I stayed near the bus station (found out later it has a train station as well; though in my entire time in New Zealand, I never once saw a train!) at a place called Crash Palace Backpackers (cosy!). I met some quality English and Scottish people, including Emma and Vicki, Garth, Andy and Ali. Andy and Ali became good mates for the best part of 3 days actually. We enjoyed some good times and they were kind in inviting me to their trips, for which I gave them both a present on our final night in a bar in Auckland. There was something unaerringly peaceful about Rotorua. Not a single building was taller than 3 stories, very few people on the streets, everyone friendly and how this place is a city I’ll never know. You know what, Donaghadee in Northern Ireland is bigger. So I had landed upon a golden dream in murky Rotorua. It is a tiny city, by all accounts and very very surreal. I suggest you go there! 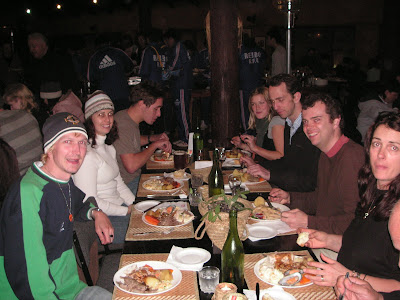 On a rainy Winter day, I took a walk round the city on my own, visiting Kuirau Park, Lake Rotorua, the Government Gardens and the main streets. This took little more than an hour and totally blew my mind. Up until now, with the exception of Northern Ireland, Rotorua is by far the best place I’ve ever been in. Amazingly peaceful and beautiful with an ambundance of things to do. In my two days there, I saw Kuirau Park and my first ever volcano (which erupted in 2001), I went Zorbing (rolling down a hill in a ball), I saw Kiwis (and visited Rainbow Springs bird and fish park), I rode the Agrojet (NZ’s fastest inland speedboat), I tried Hangi Food (amazing Lamb), I was chosen as chief of my tribe for the Tamaki Maori Village tour, I saw the Pohutu Geyser (at Te Paiou Park), I went to a Polynesian Spa (HOT HOT) and I also visited some bars. This amazing city really brought back some inspiration for life within me and to this day I’ll not know how. I loved Rotorua even though I was there a mere two days… 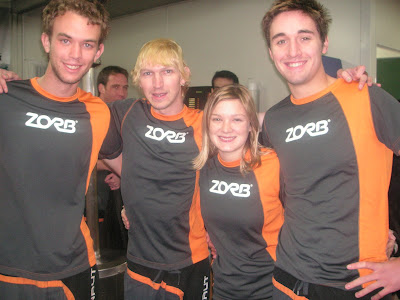 2 thoughts on “Backpacking in New Zealand: Is this the way to Rotorua?”