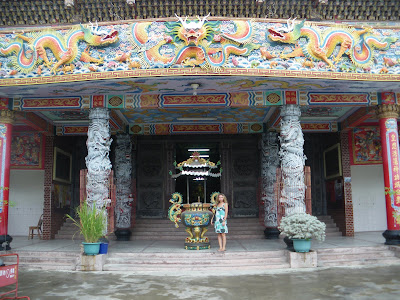 Ask an average traveller where Shinying is and they probably won’t have a clue. Spelt in many different ways by different people, I’m not even sure if my spelling would be understood by the locals here. The city itself is situated on the south west region of Taiwan, it is in between the mountains and the sea, a city of smog, smoke, motorbikes/scooters and no tourists. My mate Millwall Neil lives here, on Sanmin Street, above a dentist shop on a reasonably busy road. You cannot see the sun in Shinying – the sky is only cloud and smoke – possibly from the recent typhoon (which has taken many lives on this island and nearby in the Phillipenes as well), or maybe just pollution. Either way I’m here with Natalja and settling in to Neil’s place. WE arrived in Shinying via two buses from Taiwan International Airport. The airport isn’t in Taipei, the capital, but in Taoyuan, in the north of the island. From there, 2 buses at unsociable hours got us back here to Neil’s. The culture shock began immediately. Nobody spoke English, even at the airport, most people wear masks over their faces as if they have a disease and there are zero foreigners…anywhere. We stand out a mile in the crowd. The buses were smooth and comfortable, run by a company called “ubus” they drove us south through the darkness to arrive in Shinying around 3 am. 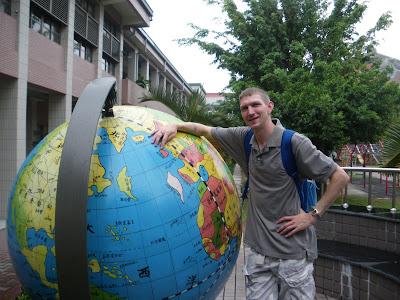 At that time of morning, places were still open amongst the darkness. I enjoyed my first drink, a Sarsaparilla, something which I drank as a kid in Northern Ireland. Here in a cold red tin, the fizzy aniseed drink was the energy boost I needed. We went to a local restaurant, rather person’s house which sold cooked food. In there Neil used his knowledge of Chinese Mandarin to order “3 beef noodles” dishes. Sat in a dingy cafe with ripped newspapers, old worn shoes and the two ladies that worked there, I really didn’t have a care in the world. I even got accustomed to using chopsticks straight away. I’m now an expert on them. I would have laughed at that prospect back in 2006, when at a lunch in London with the UK Apple PR team, I ordered a knife and fork in an Asian restaurant to be frowned upon! This cheap and basic culture in Shinying was the perfect start to my new life. The noodles went down a treat, in a brown sauce, with tasty beef and what appeared to be lumps of celery. IT could have been anything mind you, none of us cared. Despite the “jet lag” Natalja then had time to check the internet cafe out, grab her first Taiwan Tea, while I was knackered and fell asleep as soon as my head hit the pillow. We were now at home in the random location of Shinying. 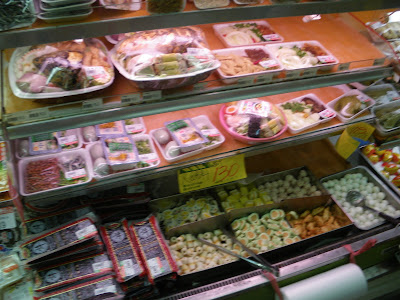 The first day here was jam packed and eventful as well. I got up early with Neil and enjoyed a cold milky tea with black jelly in it. Its one of Neil’s favourites, but I wasn;t so keen, drinking it anyway to fit in with the culture. We got this from one of many tea houses on nearby streets. You cannot buy warm/hot tea here. Its all cold, but in this heat you need it. We also met Eva, Neil’s mate who works in a sports shop in the city, and after this I went with Neil to his place of work, via some random sights including a mini canal, and a very posh looking school in such a run-down area. Although to be honest, I call it a rundown area, but actually its a back to basic existence. A man watches TV with his kids and dogs, eating his dinner on the main street of the city. There is no crime in Shinying. YOu leave a bike in the street with no lock – nobody will steal it. We even forgot to pay for the tea that morning and the lady in the shop didn’t care. We went back and paid though, I think seeing 3 foreigners in such a highly populated Taiwanese city is something to talk about. The kids and the locals stare at me and Natalja (and Neil the resident) everywhere we walk. Its a good thing. I like it! We are the celebrities in town. 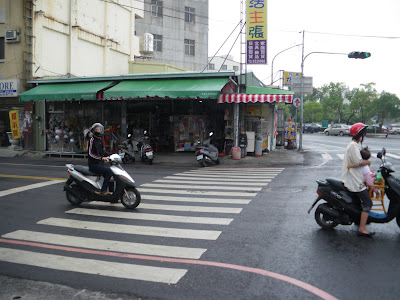 Shinying is big and I will spend most of my time in Taiwan here, but there is not much sightseeing, its the real Taiwan we see here – no tourist trap – no fake culture that the capital Taipei would try and promote. Real Taiwanese people living their day to day lives. We’ve been all around town – the swimming pool (£4 for a swim – nice saunas and steam rooms that wouldn’t look out of place in Europe), the park, the canal, the 2 temples, the best of which was called “Gung Fu” temple. WE have also sampled a lot of local food including pig skin, deep fried hot dog, rice, noodles and sweetcorn and bamboo soup. Shinying is the perfect base. We see motorbikes and mopeds speeding past, and unlike Beijing, they don’t run you over. We see chickens in their cages ready to be killed, we see Tea vendors go for 3 hours without selling a single cup. What we see here in Shinying, generally is a happy existence. 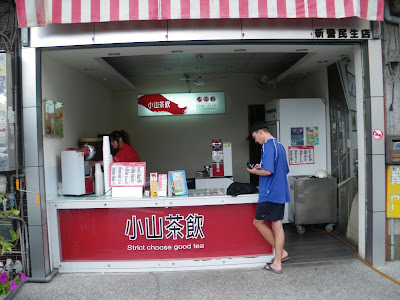 Neil works at the local English School as a teacher – its called “Shane English School.” Its a mere 5 minute walk from his house. As is almost everything else in this city. Even the train station to other parts of Taiwan is from the end of his road. Life here is very new, quite surreal and exciting. The weather has been mixed. The food has been wide and varied. The experience is just beginning. It won’t be the last time you hear me talk about or mention the city of Shinying. For now though its off to explore more of this island, starting with 3 close by cities – Chiaji, Tainan and Guayshong. I think thats how they translate into English. Knee High!! Shay Shay!! (Hello – Thank you)


Nationalities Met – Taiwanese (there are no foreigners here except us)


THE BIZARRE ICE CREAM STYLE NOISE MADE BY A SHINYING BIN LORRY:

STREETS OF SHINYING AT NIGHT:

NEIL’S LOCAL PUB, THE “OCEAN EVERY DAY” PUB IN SHINYING: