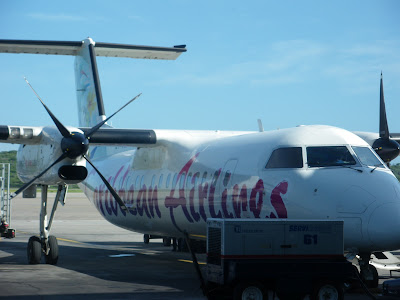 Caracas To The Caribbean – 7 Years Too Late…

In 2004 I flirted with the idea of visiting the Caribbean, with my childhood
friend Michael McClelland. The reason being, we were mad Northern
Ireland fans and Northern Ireland organised a 2 week tour of the tropical
islands as a warm up for the 2006 World Cup qualifiers. However, the tour
was confirmed in 2003, as was my decision to leave Northern Ireland for England
(initially on a part time basis I must add) in September that year, so when
the Caribbean Tour eventually came round, Michael and I would be
pursuing other interests and living in different countries. The Northern Ireland tour went ahead – Michael and I just weren’t there… 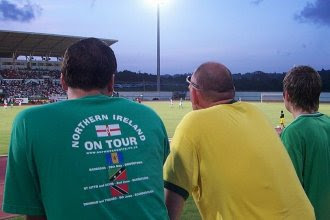 So, as a few dozen NI fans enjoyed the tropical paradise of the Caribbean
in June 2004, I was busy working endlessly in 3 jobs in Bournemouth on the
south of England. For that moment the chance to travel there had passed us by. I missed many a travel opportunity in my younger years in instances such as this, but have made up for it since. 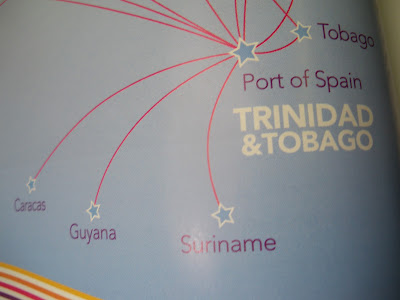 Mind you, it took me until January 2011 to actually make it to the Caribbean
at all. Quite extraordinary really considering how much travel I think I’ve
done. 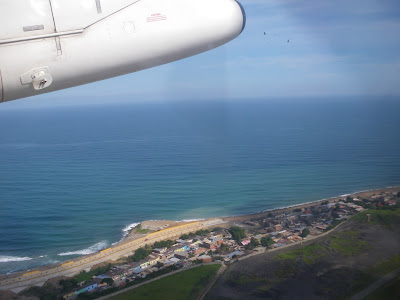 I left behind the dodgy airs of Venezuela as my Caribbean flight already
had a sign of tropical-ness about it. 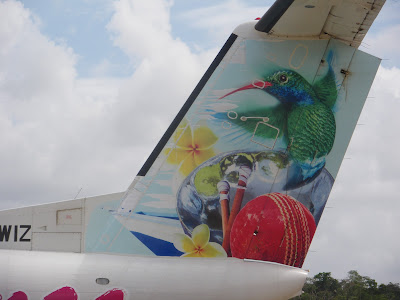 …Nice tail on the plane to get me in the mood for more globetrotting! 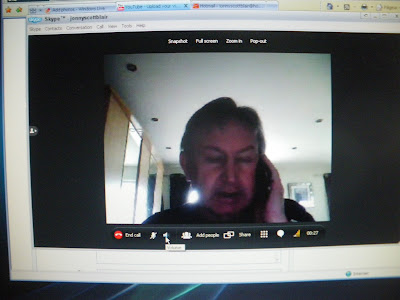 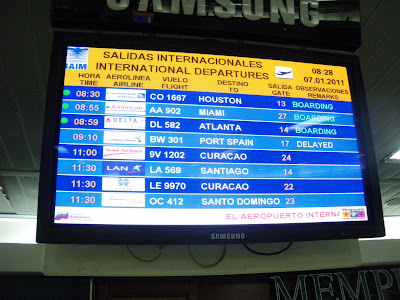 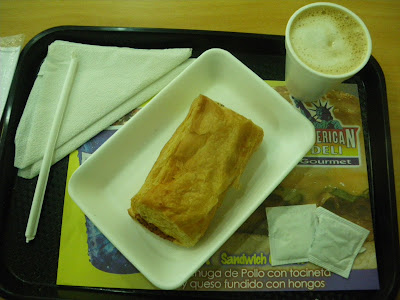 We were delayed on leaving Caracas which gave me a chance to get rid of the final Venezuelan Bolivares by Skype-ing my family and buying some relatively unwanted souvenirs and eating a horrible dodgy breakfast in the airport, which later, in Port of Spain gave me food poisoning. The worst meat pie of all time, which the weakest coffee. Venezuela, from my entrance to my departure continued to be a horrendous place. 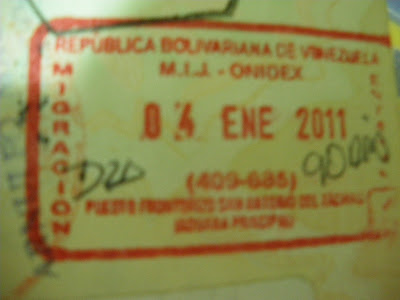 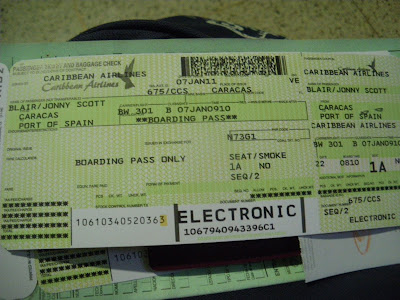 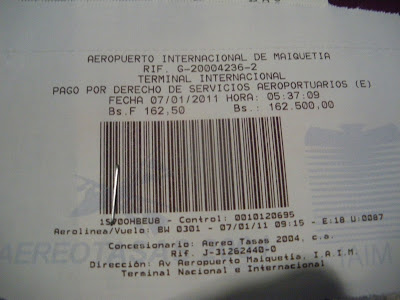 I was glad to see the back of Venezuela, there are not too many places I
go that I don’t enjoy something from, but Venezuela seemed to suck all the
badness from mankind into one, leaving me to basque in the joy of a flight
into the Caribbean. Alone. 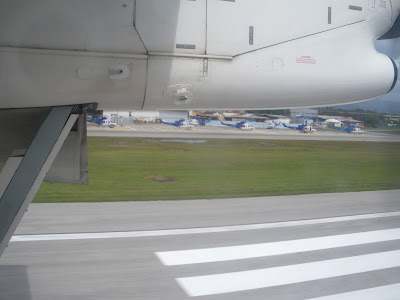 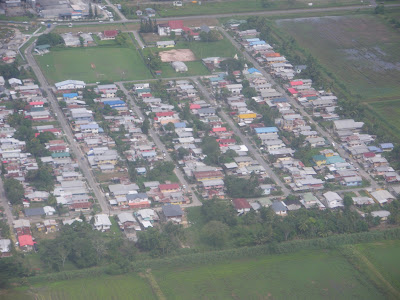 The flight landed in the tropical Port of Spain, on the island of Trinidad.
Which itself is one of two main islands on the country of Trinidad and
Tobago. 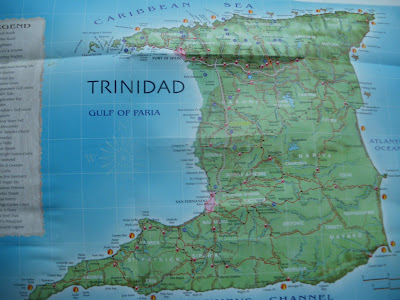 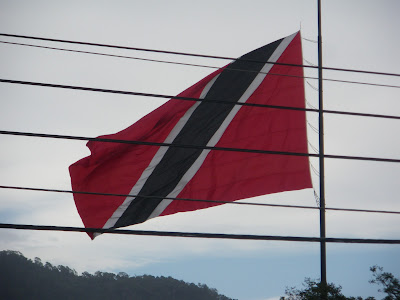 A passport stamp later and I was out breathing the Caribbean air, at the airport. I was bereft of luggage for the day as I was transiting through the country, on route to another tropical paradise, Suriname. It was a bonus to finally visit the Caribbean, add a country, city and culture to my list and enjoy a day in the capital city of Port of Spain. 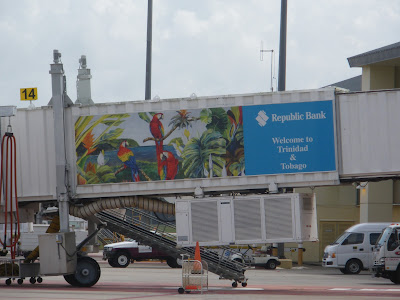 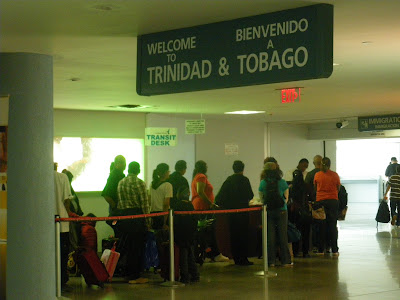 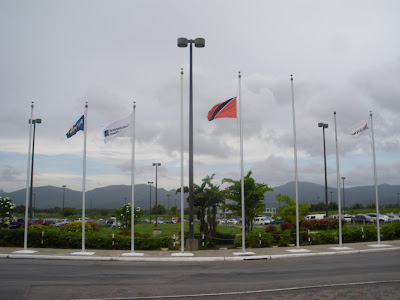 Travelling alone is not always ideal, as the costs of things can increase.
Through the tour company at the airport, I negotiated a driver for the day.
A local ad called Dale Coa, friendly, intelligent and knowledgeable. He
was also a family man. 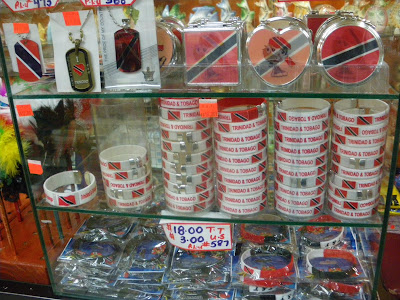 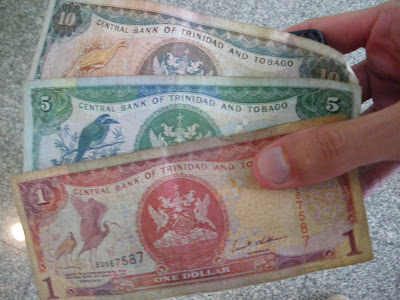 I was now in the Caribbean and free to enjoy a day of fun in Trinidad. Do I
regret not going in 2004?? Hell yes! But 7 years later I landed, and I’m
bursting to go back and check out the Caribbean properly sometime.

Strange Currencies – From Venezuelan Bolivares to Trinidad and Tobago
Dollars

UB40 – KINGSTON TOWN (had to be a Caribbean vibe…and I once worked at a UB40 concert!):

FLYING OVER THE CARIBBEAN!!!:

RELAXING BY THE CARIBBEAN SEA AT PORT OF SPAIN: