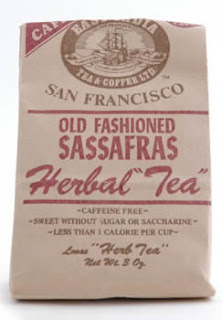 Depending on your knowledge in life, Sassafras is either a type of tree, a type of tea, a type of soap or a village in Northern Tasmania. So where does that leave East Sassafras? And why? About 20 kilometres outside Devonport is where it leaves it. Broccoli farming being the reason why. 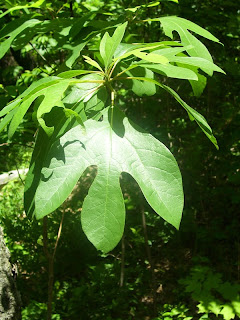 So East Sassafras is another place to add to the list of places I’ve worked. I’d estimate that I spent around 4 weeks in this area working. To get there you have to take the Main Road (the A1 I think) from Devonport to Deloraine. You pass Latrobe, and then you follow the sign that reveals that East Sassafras is just 6 kilometres away. 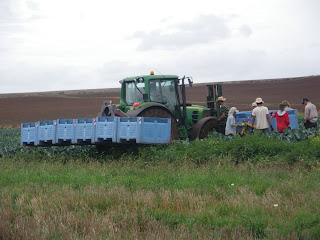 I worked on three different broccoli fields there. Two of which had just one paddock, the other was a massive broccoli field, with four separate paddocks. It was in my second month of broccoli farming that I went there, and it was the first time I had worked on a “Joint Venture” with Joe Cook Ag. This is where my boss changed from being Hayley to Rebecca. 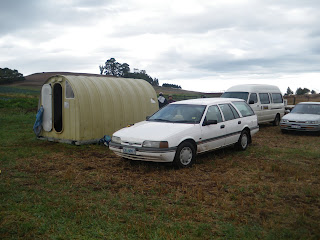 When I worked at East Sassafras I was still staying at Tasman Backpackers in Devonport, and didn;t own a car. This was OK, as we got a minibus lift to work back then. Hayley would pick me and a few others up from the hostel and take us to work there. We normally started at 7 am or 7.30 am. 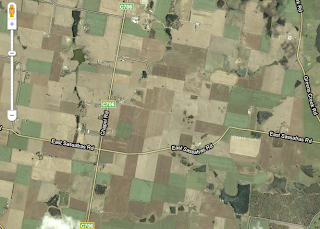 Obscurely not even a settlement, but a mixture of farms I once said to Hayley on the bus, “what is this area called? Is is Sassafras?”. The answer was actually “No, it’s East Sassafras!” Even more obscure and in the middle of nowhere it just seemed to be fields and farms. There were no shops, houses or large settlement areas. It differed from Wesley Vale and Moriarty (two of the earlier locations for broccoli farming) in that it was a vaster area, and you could get lost on those country roads. 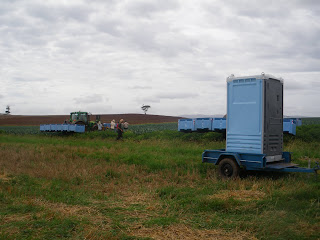 When we started working there, a new team had joined broccoli farming. We weren’t too happy with that actually, because the new team hadn’t cut broccoli before, yet were probably going to share the hours with us, meaning we would have less working hours. And that’s what happened. The new team had all just come in, got the job because they had cars and they seemed to be together and didn’t want to talk to us. 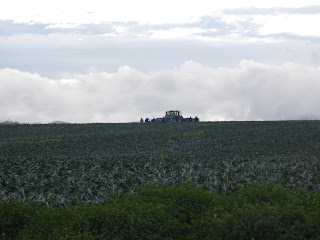 The older and more experienced broccoli cutters! The new team seemed to think they owned the field. I was put with them a few times, and found them very lazy, reluctant to cut all the broccoli and also all French. We nicknamed them “French Connection”, and actually I later worked with quite a few of them in Poatina, and warmed to them a bit. But in March 2010. as far as we were concerned they were the new team and they were trying to steal our hours! 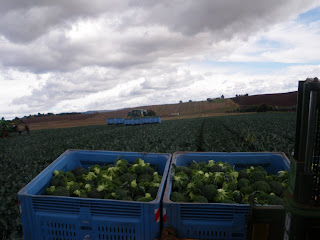 Who’s have thought jealousy gets in the way of broccoli cutting, well it does. This was the first field I worked on which does Processed Broccoli Cutting. I much prefer the Fresh Market Broccoli, you don’t need to check it, if it’s ready you just cut, take the leaves off and throw it in the box. With the processed stuff you have to leave some of it for the next cut, as it gets bigger. I was told off a few times (as were others) for cutting the broccoli too small. BUt you get used to it. 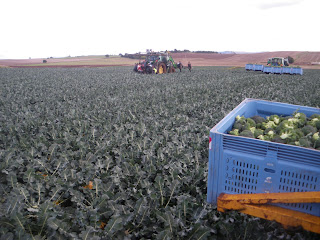 We cut long and hard in the main field at East Sassafras, cutting up and down a hilly farm, doing all four paddocks in a matter of weeks. A smaller paddock nearby we also started in, and that’s the paddock where we found a chicken in amongst the broccoli! It was my German worker and friend Marina that found and lifted out the chicken! It was also in East Sassafras that I worked my final shift with Marina in broccoli, after two months. 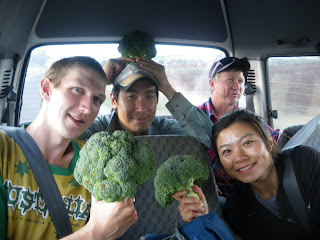 Just after my 30th birthday I worked in my final field in East Sassafras, and that was the end of an era for then. It was my last shift in broccoli in northern Tasmania (after 2 months) and the next day I would drive south, with Jenny Chen (my Taiwanese workmate and friend) to begin yet more broccoli cutting near Poatina in central Tasmania. This opportunity came about BECAUSE of East Sassafras. Rebecca had said to me that there was Broccoli cutting going for 6 – 7 weeks down near Longford. It was with Joe Cook. I could get the job – guaranteed work, but I needed to have a car and accomodation down there. 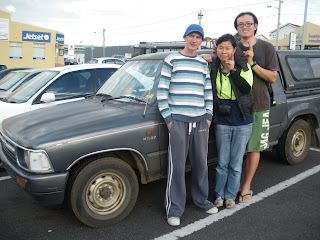 Within a few days I had made the decision and asked Jenny to come with me. I bought a car off the lovely Jam and Josie staying at the Tasman Backpackers hostel. As luck would have it, they were leaving Tasmania that week. Jenny and I booked into a mountain hostel in lonely tranquil Poatina. And the days of East Sassafras blurred into long term memory. 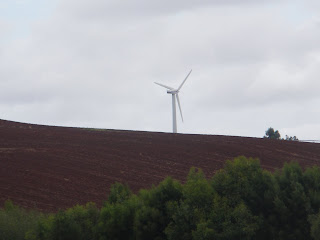 If you’re ever in Tasmania, it’s unlikely you’ll ever visit East Sassafras. There’s nothing there but farms, oh and there’s a massive wind turbine, the largest in Tasmania I believe. But once upon a lifetime I was there, day in, day out, cutting broccoli.
What Is It? – East Sassafras
Where Is It? – 20 kilometres south east of Devonport, Tasmania, Australia
What’s there? – Farms. Cattle and vegetables. Tasmania’s largest Wind Turbine (possibly).
Where to stay – Sleep in a barn. There ain’t no Travelodge in East Sassafras
Nationalities I worked with – Australian, Italian, German, Taiwanese, English, French, Hong Kongese
Number of Fields I worked in – 3
Number of Paddocks I worked in – 7
Broccoli cut – Hard to guess. Around 80,000 broccoli probably.
Key Song – The Times They Are A Changin:
(BOB DYLAN ONE UNAVAILABLE)
VIDEO FROM THE TRACTOR AT EAST SASSAFRAS: