* This is a very old post, I cleared things up a bit better on the Great Exam Heist and the Aftermath on those articles. 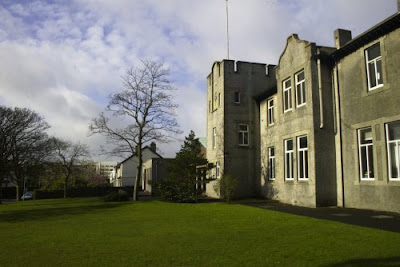 It was June 1997 and I said my farewells to a school I generally hated and a school that I still believe shouldn’t exist. Even as a strong British Conservative, the old old academic institution of Bangor Grammar School should be shut down. It’s an all boys school at the top of Bangor’s High Street. The school is situated 5 minutes walk from the sea. That’s where I spent most of my time, well either in Bangor Town Centre, by the sea or in the pub (The Jamaica Inn). Certainly not in school anyway. I stand by my decisions. I wanted to start a revolution against the school. I just did it in a strange way as I was too young and naive and nobody else would of listened to me. Instead of getting loads of mates and moaning about how the school was run, I used to throw things, break things, set fire to science labs and smash up teacher’s cars.

I didn’t rebel. There was no need to. I just didn’t turn up for lessons. I’d be there first thing in the morning for Roll Call then I’d be off to the beach, staring at the world. Lunchtime would be a quick pint in the Jamaica Inn or Bangor Bay Inn, and I’d make some kind of effort to attend one lesson a day. I didn’t want to. I was 16. I left school with 8 GCSEs, which was great. Academically I was always good. That was never an issue. 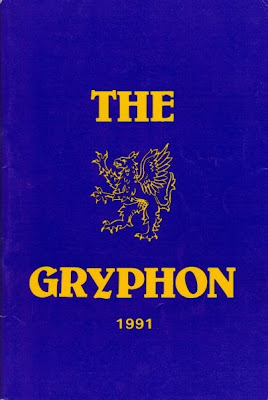 I did homeworks and exams. In the end I just couldn’t be fucked with it all. There were no girls at the school. This needs changed. All boys and all lads school. It was a rugby school. You couldn’t eat inside. I mean what sort of rules are they? Exactly. I had to rebel against that. I wanted girls, I hated rugby, I wanted football. I wanted comedy in class. Sometimes I’d crawl into class. One other time I burst open a tin of Harp, while fellow rebels Rank and Willy Dallas would light cigarettes. 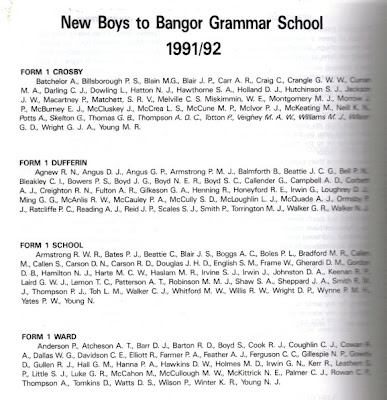 Traded in my sorrows for the joy that I borrowed, back in the day

A few of our teachers got it the worst. In second form, Miss Finlay was informed that my name was Teddy. Well it was. I was Teddy Sheringham of Class 2Y. My admiration for such a footballer never wilted. Of course my name wasn’t Teddy Sheringham, but I did pretend it was. Some teachers believed me. Me, Paddy Campbell and Scott Callen used to have a ‘nicking league’ where we would gradually steal bunsen burners and text books. Well until Paddy Campbell nicked an exam paper and we all cheated and got top grades, as we knew the exam question. The only foreigner in our year was Song Wai Lok and he got 89% on the strength of Paddy’s nicking of the paper. That was a class day. The day Paddy was expelled, me and Scott got suspended. Life would never be the same at Bangor Grammar without Paddy Campbell. I’ve met him twice since he left. Once was in Summer 1994 in Lifestyle Sports. The other was in September 1997 at Bangor train station. I often wonder what Paddy Cambill is doing with his life. He was a crackin lad. Where comedy and football belong, I want to be there. 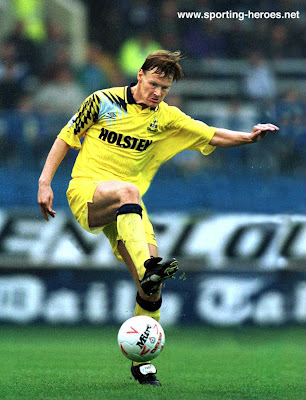 I thought I was Teddy Sheringham

There was also the Fantasy Football League. Caught up in nostalgia for Northern Ireland, Tottenham (who I supported for a while) and Glentoran. I used to run the fantasy league. Them were the fucking days. None of my mates liked rugby, yet we were forced to play it. I still don’t know what the craic is with that. We could have had some decent footballers. Lunchtime matches were beezer. Controlling a tennis ball and climbing on roofs was great fun. 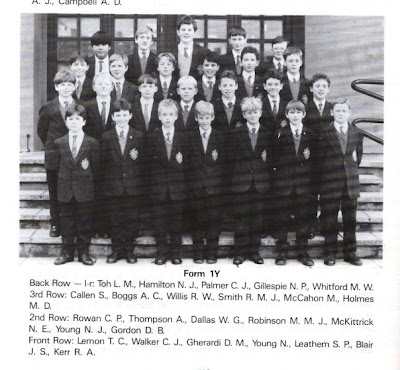 I also held the record for the most ever Saturday detentions for a while. I got 9 in 5 years, plus many other Friday and weekday detentions. The bastards. I even missed part of the Sweden v. Russia USA 94 match due to a ‘Saturday.’ I was always given the School Rules to write out, and strangely used to get lines a lot, including one where the line was ‘I must not make pen towers’. Strange days. There were many other comedy moments, including sneaking into the sixth form room and writing (in pre-Alan Partridge days) grafiti behind (NOT on, I had some respect) some paintings. The grafiti was:
Fat Patton Sucks Cock
(aimed at the headmaster). 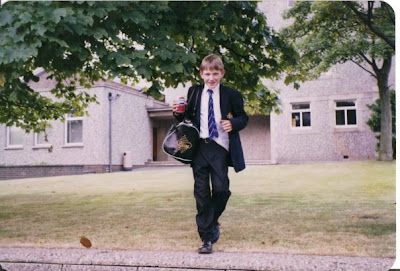 I used to hide in cupboards and pop out half way through lessons. Fire drills were also controlled by me. I used to ask if I could go to the toilet and then press the fire alarm button in a corridor. I did that 3 times while I was there. “Jonny again” was what people used to say. I enjoyed it. On my final day, I smashed up Katie Anderson’s car. She was a French and German teacher. I think I actually fancied her as well, but she got a lot of shit from people like Shawzy, myself, Ryan Kerr and Willy Dallas. We’d wind her up or even ask if she got any sex the night before. If I was a rebel, nobody stopped to notice. So at least I didn’t affect anyone else’s education, even though I didn’t want one myself. 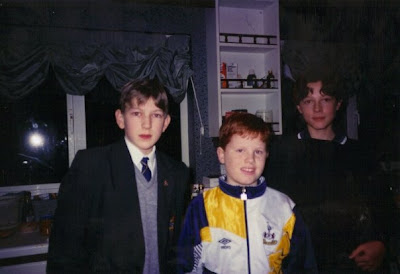 No fond farewells to a school which needs girls and football in order to progress. There’ll be some old textbooks hanging around with my quotes in them. Or, at the very least Jarvis Cocker quotes. That was a good decade that was…
Teachers I fucked over – Katie Anderson, Fat Patton, Stevie Blakeknox, Duncan McPherson, Billy Cree (apparently he still teaches my brother). NO REGRETS.
Good mates at school – Magoo, Tompo, Paddy Campbell, Scott Callen, Michael Whitford, Colin Walker, McKittrick, Alien (Philip Anderson). I don’t see any of them any more.
Others in my year who I remember – Graham Irwin, Craig Lemon, Pamps, Snowball, David Gherardi, Robin Cook, Ryan Creighton, Ricky Armstrong, Shawzy, James Irwin, Mark McCullough, Beef, Ryan Kerr, Willy Dallas, Nidge, Boggsy, Max Callen, Stuart Hutchinson, Mod, Jeremy Parker, Peter Hanna, Dougie Gordon, Richard Honeyford, Dave Hawkins, Simon McCully, Kiwi, Warren Frame, Noel Gillespie, Gareth Walker, Feb, Jordie McCluskey, Michael Curran, Paul Wilson. I still see Simon McCully as he is a committee member of the South of England Northern Ireland Supporters Club, along with me. The others, any guesses?
Proudest moment – Smashing up Katie Anderson’s Ford Fiesta (OXI numberplate) on my final day.
This Is A Low – The day Paddy got expelled.
Key Song – U2 – I Threw A Brick Through A Window:
Join 15,017 Monthly Readers! If you enjoyed this article and LOVE travel and SAVING money, get e-mail updates from Don’t Stop Living – a lifestyle of travel! (It’s Free) 😉 Jonny