Once we reached Wayllabamba early morning, we were given a snack lunch for the day, the reason for which i would only realise later, as we would have no more group stops until our base that evening. 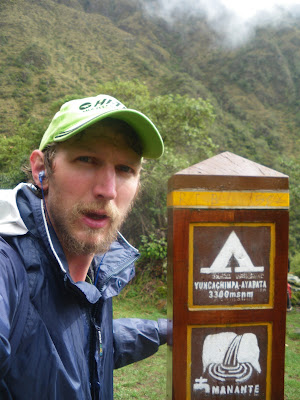 Our group became separated at this point, as many were faster and many were slower. I was one of the fast ones, and I enjoy the rain so was hiking on my own for a brave while until the first morning break point on the steep ascent. Here I am, alone at Yuncachimpa Ayapata. 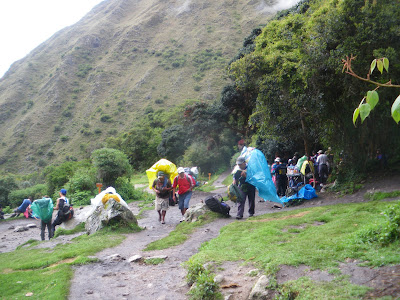 Some were arriving as I was leaving, I managed to pick up two free extra apples from two of my fellow hikers who didnt like apples/want the hassle of carrying more food. I gladly took up the option and ended up having all three apples on this part of the hike up to the peak. Each time I stopped alone and admired the spectacular views. 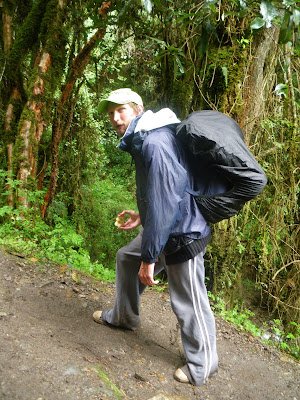 Roberta from Brazil and Mirka from Czech Republic caught up with me and indeed we walked together for a fair bit. Roberta took this photo of me hiking on the ascent, carrying one of my apples! 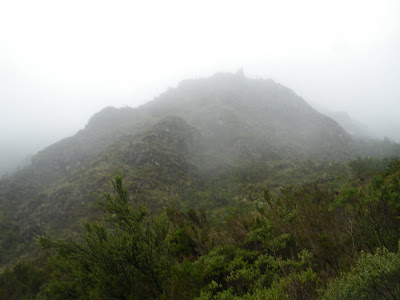 Dead Woman’s Pass (or Warmiwanuska) is so called as the shape looks like a dead woman lying down. Included in this are a twin peak of breasts. This part may well be her head, but I am not sure. 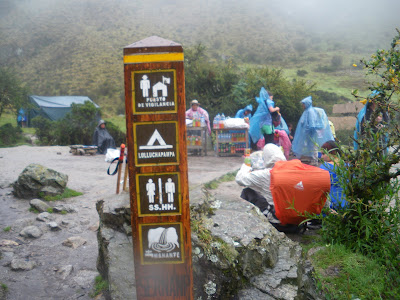 The hike didn’t get any harder and I was enjoying the cool air and my freedom, AND especially my decision to hike with my iPod. I get about 30 hours battery on it fully charged. And for about 4 hours this day I was tuned in! I remembered listening to The Corrs – Dreams, The Coral – Pass It On, U2 – Last Night On Earth and many Oasis songs, including Slide Away and Underneath The Sky, which were given a whole new meaning in this walk of paradise. 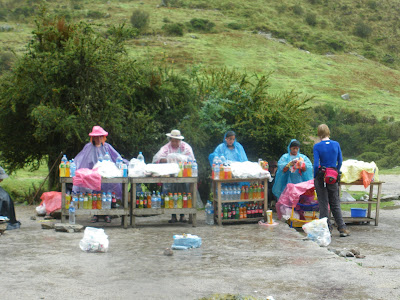 Food and drink for sale at the second stop on the way up. I didn’t buy anything. I had enough water and supplies on me. But for those who drink gallons of liquid then there’s always a supply somewhere on the way. 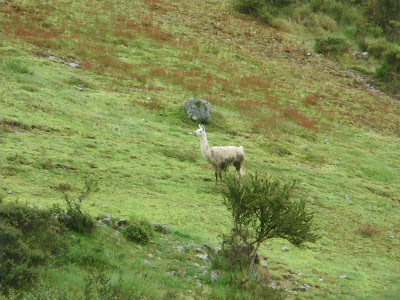 Plenty of Llamas and even goats on the ascent. 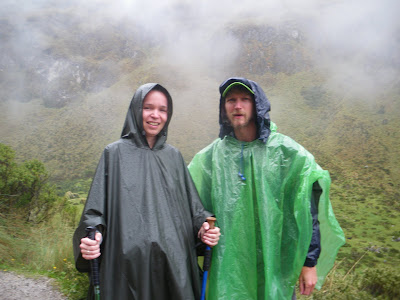 With Mirka on the way up. 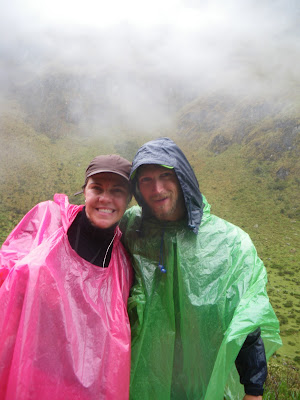 With Roberta on the way up. 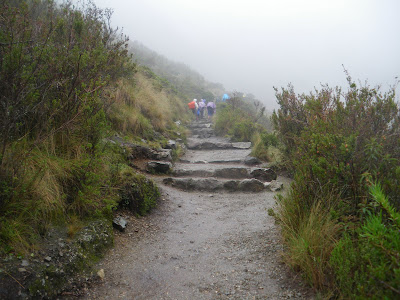 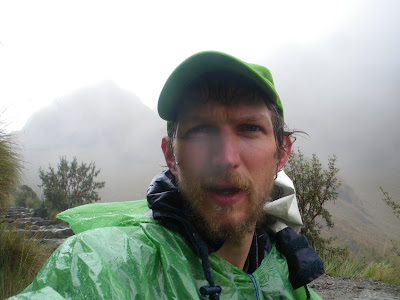 Struggling for breath near the top in the misty mountains! 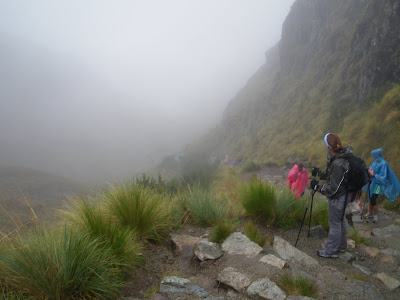 Looking back down – we had climbed over a kilometre in HEIGHT alone. 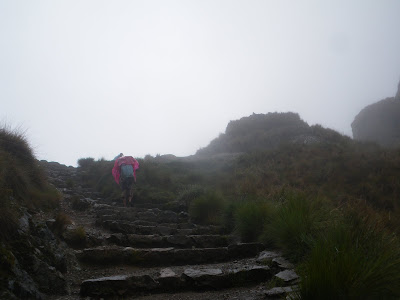 At this point, it was near the top, and was rather misty, too misty to see the “dead woman” but to the right here are the “breasts” of said fake dead woman. 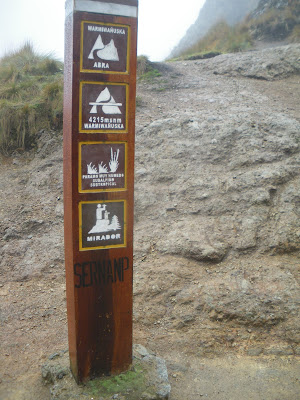 It was a nice relief to get to the top and I wanted a 10 minute rest up there. To eat, drink and get some photos. Arrival at the top meant I had walked upwards the distance of 1 kilometre in height in the past two hours from leaving Warmiwanuska. I wasn’t tired at all, but it was harder to breathe at 4,215 metres above sea level. Just in awe of the view and ready for the easy walk down to our campsite. The hard part was over with…

MORE FROM THE ASCENT: