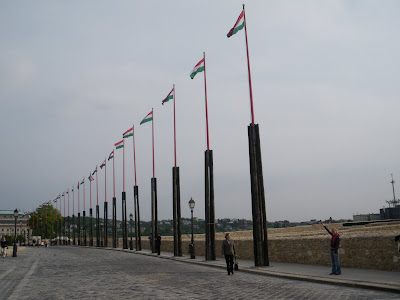 Some belated photos from Hungary – I visited Szolnok, Debrecen and Budapest. One of the nicest countries I have ever been to. I will be writing more on Hungary in times to come. 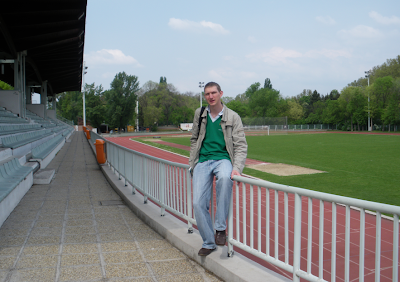 Relaxing at the only football stadium on Margit Sziget – that special island in the middle of the river Danube, right bang in between Buda and Pest. 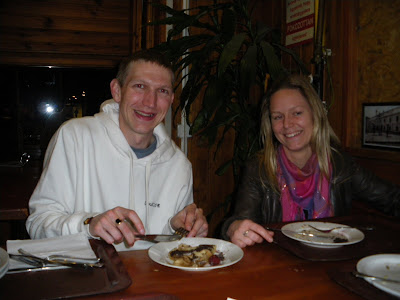 Eating special pancakes – Palacszchintos in a wee restaurant in Budapest. At 2 am. 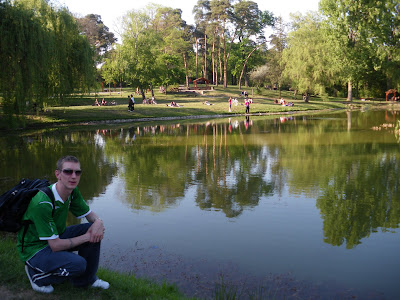 We got a tram to the university on the edge of Debrecen and walked back through the pretty park and this nice pond. 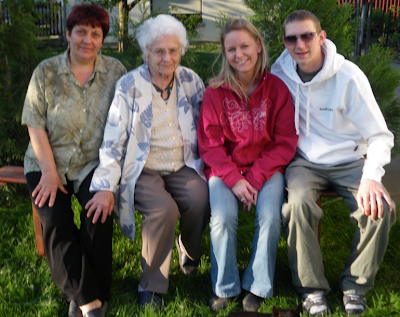 We did a trip to Szolnok and spent the day at Noemi’s Aunt and Uncle’s farm in the wilderness. Noemi’s Mum, Ilona drove us there. I relaxed in the back seat in iPod land. This was me with Noemi, her Aunt and her Granny in their garden on the edge of Szolnok. 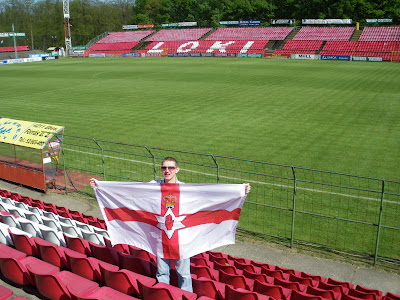 While in Debrecen I visited Debreceni VSC stadium, the local team, nicknamed Loki. They won the Hungarian League in 2005, 2009 and 2010. And also played against Liverpool and Manchester United during two of their Champions League campaigns. They are the current Hungarian Champions. I bought a scarf, a few souvenirs and visited their stadium, which was near a park and a shopping centre. I got a fair few photos and have videos to put up at some point. Here I got my Northern Ireland flag out in the stadium. It was a hot day. Unfortunately Debrecen’s stadium is not up to UEFA standards, meaning all Debreceni’s European matches had to be played in Budapest, owing for a bad European record sadly. Hajra Loki!! 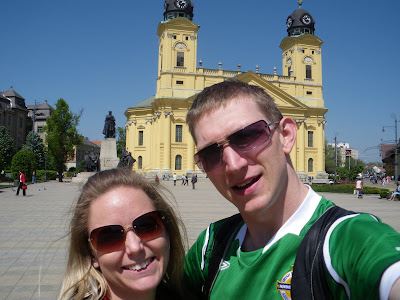 Me and Noemi enjoying the heat of the main square in her home city of Debrecen, in front of the “Nagytemplom”, this is the largest Protestant (Reformatisch) Church in the whole of Hungary. Striking yellow in colour it remains one of the nicest buildings I have seen. 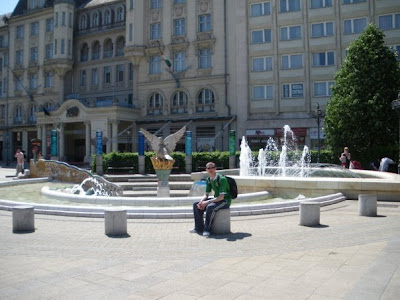 Another nice photo from Debrecen main square, relaxing in front of the fountains there. Noemi took that. Jo Napot is Hungarian for Good Day! All these memories are through Noemi. I may never see her again but my love for her will never die. This post can help me remember the beauty and passion of Noemi. To Noemi: I love you, wherever you are.
ON A TRAIN FROM KELETI AT BUDAPEST TO DEBRECEN NEAR THE ROMANIAN BORDER:
Join 15,017 Monthly Readers! If you enjoyed this article and LOVE travel and SAVING money, get e-mail updates from Don’t Stop Living – a lifestyle of travel! (It’s Free) 😉 Jonny