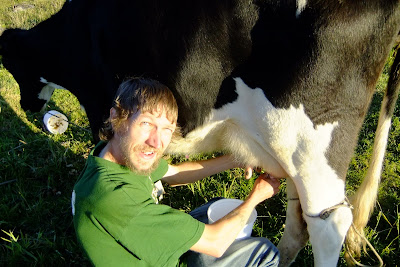 So at the age of 30 I was working on a farm in Colombia, milking cows. Yes, but not quite the full story. Yes I’ve actually “worked” in South America, but I only did one shift ha ha! And it was just milking cows on Julio’s farm while I stayed there, but still I enjoyed it. Felipe and his family provided me with a cosy bed, my own room and plenty of food and adventures for 4 -5 days. So it only felt right that I should contribute by doing a bit of work! 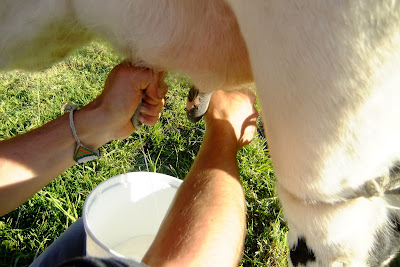 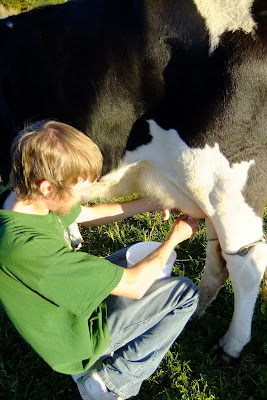 If I ever go back, I’ll gladly get up at 5am and do the morning milking, however on this venture I simply did the sunset milking. Those who regularly milk cows will know they need milked twice a day. 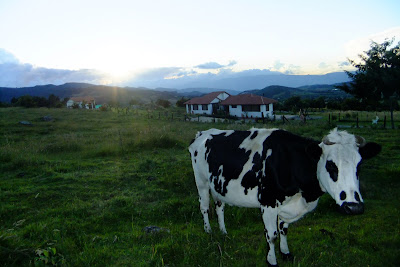 I wasn’t particularly good at it for my first go, but of course I’ll improve and I helped by providing some of the milk which helps keep Julio and his family surviving money wise. 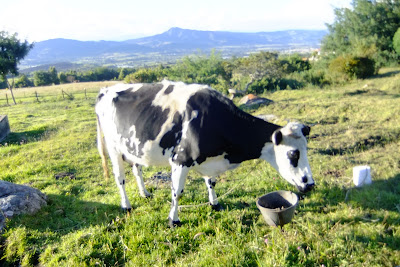 Each day they milk their two cows twice once at 5am, once at 5pm (ish)- Julio does it and they leave the milk in cartons by the gate – they get picked up and then the money is transferred to Julio’s bank account. 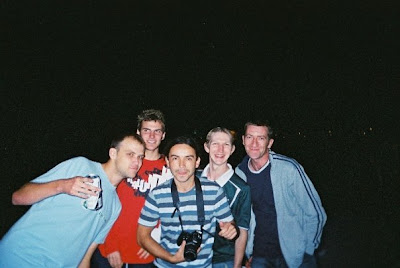 Look carefully at this photo I’m in with Julio in 2005 – Julio at the time owned an expensive camera. When I arrived in Colombia – one of my memories was about Julio and his camera. 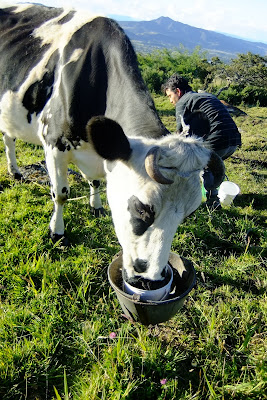 So I asked him about his camera. It turned out one day he swapped his camera for a cow…and the rest is history. He now lives with his Mum and sister on this beautiful farm called Zoroastro in the farming community of Santa Ana Alta. 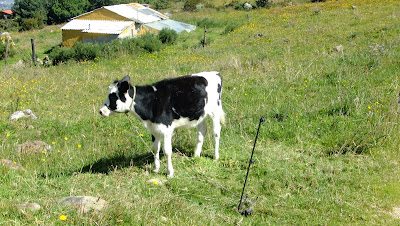 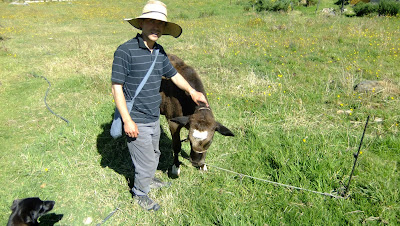 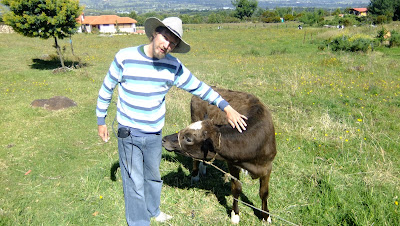 Julio’s next generation – as well as two cows that produce milk, he has two calves. 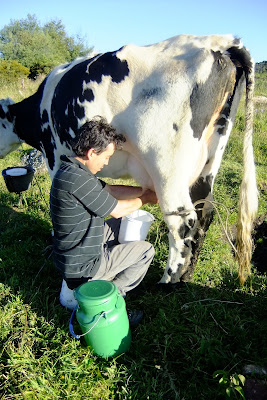 Julio Felipe is an expert of course and this is his life. Ironic that we went from selling ice cream (surely containing cow’s milk of some description) to milking cows. A backward step? Not a chance. Just another wee experience on life’s corridor and I hope Julio is enjoying the farming life. It’s a back to basic existence, but it’s a nice way to live. My thanks once again to Julio Felipe and his family not just for the joy of milking the cows and contributing to Colombian life, but for letting me stay and getting guided tours of everywhere we went. It was amazing.

Where is it? – Santa Ana Alta, Cundinamarca, Colombia


KEY SONG:
THE COW SONG – (its amazing what sort of crap you can find online, its very funny though):

ME MILKING THE COWS, FIRST TIME I DID THAT: