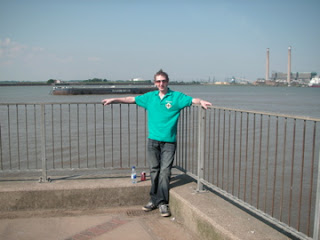 My Life by The Thames: Dartford, Kent, England

I lived on the outskirts of Dartford in Kent, England for around 9 months, kind of sandwiched in between an industrial estate and three train lines to Charing Cross in London. What did I make of life so close to the Thames? 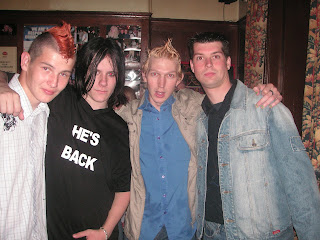 Night out with John and the local punks

The rent in Kent is much cheaper than that in London, as is the general price of living, so that was a major factor in living there. I lived with my mate John Johnson who is nothing short of a nutcase! John owned the house which had everything I needed at the time, the only problem being the distance from my workplace. Anyway I was working in West London at the time (for Bite Communications) and the journey would be a minimum of 2 hours in and 2 hours out. That was a minimum travel time of 4 hours a day and 20 hours a week. Looking back on it now, that seems crazy, but I’m an eager traveller and enjoyed the trains and tubes, plus the odd bus (during delays/strikes/disruptions/line closures). I also had my iPod on, read books or magazines or just listened to all the people going to and from work. It was quite a pleasureable experience.

I lived less than a mile from the Thames, at Erith where there was a small harbour and a nice relaxed dander on a quiet Sunday. I also enjoyed the traditional English-ness of Dartford, especially the pubs and clubs. My train journeys home would pass through various and different routes.

I lived far from a train station (at least by London terms), with Crayford, Slade Green and Barnehurst all being around 20 minute walk. This added time to my mornings and gave me many different options getting home from work. Sometimes I’d go for pints on the way and catch evening football matches in the pubs, I would sometimes break up my journey to do this. I’d often be seen in the bars of Lesi’s Q or Camden Town at weekends.

It also gave me a chance to watch some football matches. I saw my own teams, AFC Bournemouth and Northern Ireland both playing at the nearby Priestfield Stadium at Gillingham. I also saw Millwall (at Bermondsey) quite a few times as it was a convenient stop on the way home from work. And in truth although I like watching Colchester United, Millwall (due to my mate Millwall Neil) is pretty much my ‘second’ English League team if you’re ever allowed one. 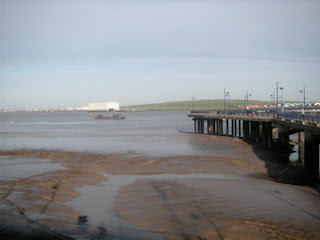 Kent also provides an easy link to France via Dover, good seaside resorts such as Margate, a multi-plex nightclub in Rochester called Amadeus (worth checking out) and what was once Europe’s largest shopping centre at Bluewater.

I knew living in Kent wouldn’t last forever, but it was perhaps my time there and my journeys to work which inspired me on this new journey where I would explore and visit random places in order to make myself and other people happy.

Bars I Visited – Bear and Ragged Staff, The One Bell, The Red Barn, The Bird In Hand, The Crayford Arms, Zens, The Litten Tree, The Bull and Vic, 3Ds.

Where I Lived – Wyatt Road, Dartford.

FACT – Dartford lies within the area known as the London Basin. The low-lying marsh to the north of the town consists of London Clay, and the alluvium brought down by the two rivers – the Darent and the Cray – whose confluence is in this area. The higher land on which the town stands, and through which the narrow Darent valley runs, consists of chalk surmounted by the Blackheath Beds of sand and gravel.