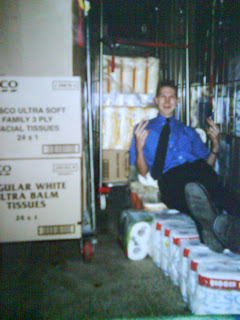 It was in September 1998 that I began working in Tesco. I had plenty of work experience and knowledge before that in different fields (Media Studies course placements; School work shadowing; School work placements; Watching Mum in A1 Car Hire; Shadowing Dad in BT; Boys Brigade Volunteer Work; Writing for Football and Music Fanzines; Editing with Mike our own football fanzine; Working in Abbey View Nursing Home as a tea server(!)…) so this was my first job for a big UK Company. I took the job in the last week of the old Crazy Prices brand, which was a local supermarket (and a very good one) in Northern Ireland. It was the result of less violence and the desire for more kingdom that encouraged Tesco to buy all of the Northern Ireland stores (Stewarts and Crazy Prices, and Bloomfields all gave way to this commercialism). But there was a bonus for Northern Irish people: we got more money. In 1998, I was previously earning money from the Media Studies course, as it was part of Tony Blair’s New Deal system to get lazy people back into the work force. I was never lazy, but I welcomed the idea of being paid to work and study! After this I started work as a Stock Control Assistant in Tesco Springhill, which is a nice little Protestant Stronghold, sitting opposite the Kilcooley Estate in my home town of Bangor. I started working just 20 hours a week, which when living with parents was easily enough for me, but within a few weeks, I had gone full time and was quite enjoying working for the UK’s most popular food retailer! Tesco Springhill was also located in Springhill Shopping Centre, which was Northern Ireland’s FIRST ever Shopping Centre, and even outlived Bangor’s other Shopping Centre, the ill-fated Clandeboye Shopping Centre (a beautiful building, which in the midst of Northern Ireland’s troubles mysteriously burnt down, without the fire brigade there to save it…) 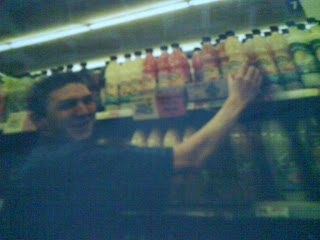 Christmas came and suddenly it was easy to pick up over time, packing out, bringing in deliveries and suchlike. I don’t keep in touch with anyone from my first period in Tesco to this day, not sure why, people just move on I guess. My jobs as Stock Control Assistant were basically come into work early: I used to always start at 6 am. My full days would be 6 am – 3 pm, and on half days it would be 6 am – 10 am, I could go home and enjoy the rest of the day. At the time I didn’t need a lot of sleep and often went to bed at 12 midnight, needing just 5 hours sleep. When I came into work at 6 am, I would sign in onto the system, pick up any notes from the previous night and then get a fully charged PDCU. A PDCU was basically a mobile computer unit that you could take round the shop to scan out of stocks, check stock levels, order new products, delete old lines, scan damages, do transfers and just about everything to do with stock control. In those days Tesco didn’t have the internet so I’d imagine it would be easier for the kids now. We used to have to download the PDCU by 9.30 am every day to meet the deadline for next day deliveries/confirmation. We also used to have a computer system called HOST which was really quite shit and was almost like a shit e-mail service with green ink on black on the screen, those were the colours of the screen I used to work on. There were also all these random anagrams and acronyms such as FMC (File Maintenance Control), POS (Point of Sale), TPN (Tesco Product Number) which were all totally meaningless to be honest. Basically I needed to scan the entire supermarket from 6 am of products that it LOOKED LIKE we needed more ordered, or looked like they weren’t selling, or that the system said needed counted. It was pretty fun stuff all the same. Even though the managers and the Tesco heads felt they were the important ones, at the end of the day it was me who made sure there was the right quantity of EVERY line on the shelves to meet customer demands on that particular day. I still feel quite proud and humble that I did that at the age of 18. If you bought something in Tesco Springhill between 1998 – 2001 (I’ll explain the date thing later) then it was there because I ordered it. Fact! 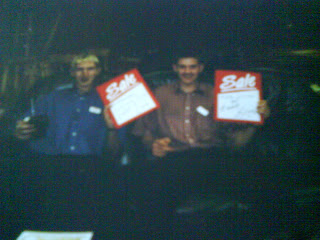 After scanning all the items, it would be a crazy search around the store to try and locate any of them, as the computer system would log sales and should in theory have known how many we had in stock. Many things would influence this, here’s a few I recall, which resulted in unexpected out of stocks:
– customer stealing product
– supplier not delivering product
– supplier delivering wrong product
– damaged cases/unexpected waste
– product scanning incorrectly at tills
– cashier not scanning product correctly at tills
– product somewhere else in shop and hard to find!
At one point, I think I could have honestly told you in a few seconds roughly how many single items of one particular product we had in stock at that time. That’s how my memory worked. It was easy, unless I’d had a week off work, then I’d start to forget. I Had many and various people helping with Stock Control in that first year, it was mainly Anne Browne (who later took ill and retired), Graham Currie, Amanda Worthington and Jack Moore. I was the main full time guy on it, but was still only contracted for 20 hours a week, though I always did 36.5 . Initially my manager was Carol McMillen, who took ill, then it was a Welsh guy called Dietmar Wright who ocassionally turned up late cos he was on the piss (!!) then it was Robert Hawthorne who became a close work mate. 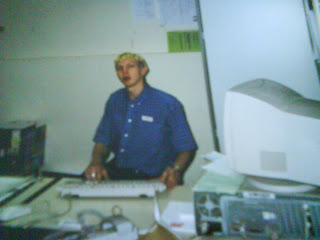 In the end, by June 1999 my parents had moved to Dundonald in Belfast (with my uncle and family moving in with my Granny) so for the first time our entire family were living in East Belfast. I hadn’t been guaranteed more than 20 hours in Tesco Springhill, so I applied for the permanent full time position of stock control assistant for the new Tesco Superstore at Tesco Knocknagoney, East Belfast. At the time it was handier for me, and with guaranteed hours I was happier. I got the job, and although I knew I wouldn’t be working in Tesco forever I was happy, so in July 1999 I left Tesco Springhill for Tesco Knockagoney, where I would enjoy new people and be back in Belfast again, where I had spent a year of studying before that at Belvoir Tech. I won’t ever deny my Loyalist, Unionist or Protestant heritage, its part of me and where I grew up, but it was much easier in a 1998 Northern Ireland for a young person (at 18 I still felt young) to get a job surrounded by people of the same religion. I didn’t want any hassle. People knew I edited Here We Go…Again, the Northern Ireland football fanzine, and people saw me drinking on the streets in the first week of July. I wouldn’t want it or have it any other way. I felt at home in Springhill and Knocknagoney, and it appeared my time working in Northern Ireland’s first ever Shopping Centre was over. Well, at least for now…though as life twists and turns us in many ways, I’d end up back there, which I’ll write about in my next Tesco related post. 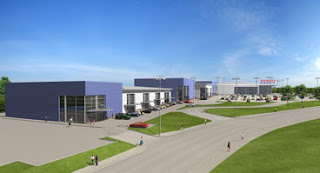 What happenned to Tesco Springhill?: Recently it was knocked down and re-opened as a massive Tesco Superstore. See photo there. It’s much changed and since the day I left I haven’t been back since (odd really). Next time I’m in town it might be worth a visit to reminisce on the glory days, which I’ll have you know, pass you fucking by.

Local pub for work: The Vike. (The Viscount at Springhill)

Religion of staff (Don’t say it doesn’t matter! : In 1998 in Northern Ireland, things like that always mattered): 95% Protestant. 5% Catholic.