Live music often helps you have a good night – but this was an unexpected rock gig in the middle of The Blue Mountains – one that we didn’t even know about as we paid to get in. We were staying in Katoomba, in the Blue Mountains Central Backpackers and had been out one night (after the trekking) to the local pub – The Carrington. In there I randomly approached 3 ladies sitting on a table by the door – they were Daisy, Katelyn and Danielle. We got chatting that night and said we’d keep touch while still in the area. I kept touch with Daisy, and arranged to go out on the Friday night with them. 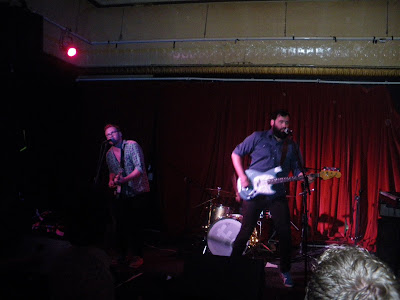 We agreed to meet at 8 pm at the same spot in The Carrington Hotel and after that we would head upstairs to “Baroque”, the local nightclub, and in fact (probably) the only nightclub in The Blue Mountains. I was quite excited about this new night out. We got into the Carrington and chatted away and had drinks downstairs – two of the ladies were there – the other, Danielle, had to work. So that left me, Daniel, Daisy and Katelyn for what was to be an interesting night out in Katoomba. Daniel and I were blatantly the only two foreigners in the area! Yet unlike in Taiwan, we blended into the crowd rather than looked not a part of it. 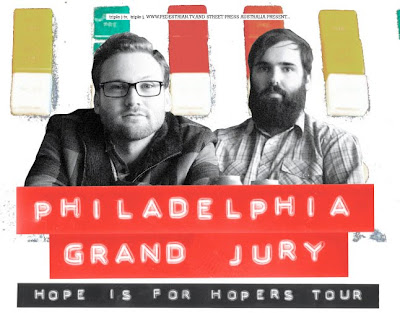 After a few drinks downstairs, it was time to go upstairs to Baroque, part of the same bar essentially. Daisy said it was about 6 Dollars entry fee, but when we got to the entrance, they told us 20 Dollars each! Ouch! We were astounded, but since it was the only nightclub in town, we all paid it. But they did tell us it was a special night and there were actually 3 rock bands on, so it was to be another random rock night out! The club Baroque was posh and swanky. Comfy sofas, soft seats, an elegant bar and arty ceiling, made it hardly the venue for a band like Oasis to contemplate playing. We learned from a poster that the band playing live were called “Philadelphia Grand Jury”, but none of us had ever heard of them.

There were two support bands, one of whom we had entered during their last song – this band was called “We Say Bomboalee”, and I briefly spoke to the band just after they’d come off stage. The next band I didn’t catch their name, and we didn’t watch them, we found some seats at the back and chilled out. In there, Daisy was drinking “Smirnoff Black Ice”, a clear bottle with a black label and it was 6.5% alcohol. I hadn’t drank them since my teens. Back in 1997 I remember drinking Smirnoff Mule a lot – it has since been discontinued sadly. Then in 1998 – 1999 the Smirnoff Red and Black ice became popular. I found it hard to believe that 10 years on they are still popular. Its a disgusting drink. And I hate Vodka. But ended up drinking a few of them anyway. What the hell! A time warp back to the 90s for me! 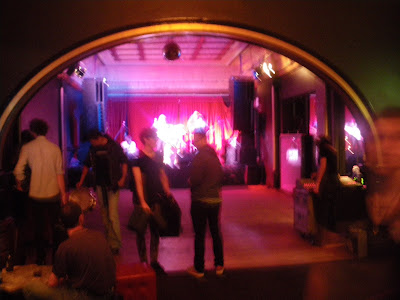 Soon, the main band themselves, Philadelphia Grand Jury came on stage. They aren’t from Philadelphia, or even the USA. They are Australian. They are not a Jury. But they did appear to be quite grand. Straight away they looked striking and strange. One guy had geeky glasses, another was the slimmest drummer I’d seen in ages and the third guy was a big bearded guy. They had a lot of energy and it was obvious they were going to rock Katoomba that night. We stood in the middle of the dancefloor. It was quite a decent sized venue, and pretty ideal for a rock gig. There was one long bar at the back, many settees and seats to chill out in between and the main stage with the dancefloor/pit just in front. 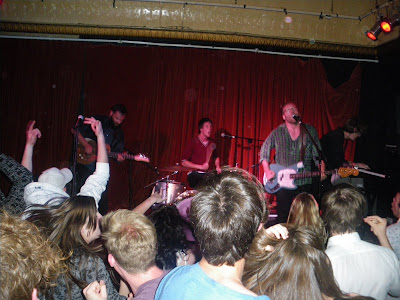 They launched straight into the songs. A very tuneful and eclectic 3 piece this. Both guys at the front could sing – they often sang duets and alternated vocals. The drummer oozed enthusiasm. The place wasn’t too busy and we could have been front row, back row or right in the middle if we had wanted. I filmed a few of their songs and picked out some impressive lyrics that I liked. They reminded me of a mixture of the bands Eels, The Bluetones and Supergrass. Though in every way, the Philadelphia Grand Jury were their own unique band. They were jumping about on stage, rocking away! There was a song which appeared to be about leaving a girlfriend behind – “I’ve packed my bags and booked my ticket. Look at you you smell terrific. I’m leaving I’ve made my decision so please don’t make me wait…” was the lyric I picked out (whether its right or wrong, I liked it). 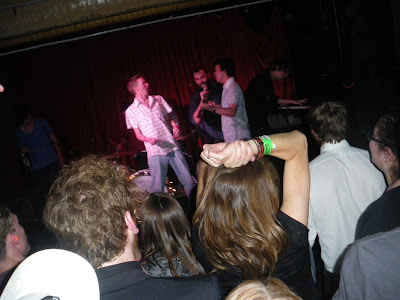 We drank some more of this Smirnoff Black Ice stuff which I wasn;t keen on and probably won’t drink again, but it was all in the heat of the moment, as was the next move…at the end of their set, before the last song, the band offered for any members of the crowd/audience to join them on stage. I was very much up for this! Who would have turned that chance down – being deep in the Blue Mountains, miles from home and jumping up on stage with a famous (at least in this region) rock band! Straight up I got and one of the band members just told me to sing into the microphone and strum on his guitar. I was also jumping around on stage, and there was just me, one other guy and the band! Daniel tried to take a few photos of it, and they didn’t come out that well, but you can just see me on stage with the band! I was on stage for the final song singing “I don’t want to party” into the microphone. It was hilarious, and this was the end of the day that we had done the Ruined Castle Trek! A crazy day if ever there was one. The night was over and done in a flash though! Daisy had wanted to stay till 4am, when the nightclub closed, but we ended up leaving around 2 am, in what was our biggest night out in the Blue Mountains. Who went – Jonny Blair, Daniel Evans, Daisy Suarez, Katelyn Wilson. Where was it – Carrington Hotel, Baroque Nightclub in the village of Katoomba. Drinks drank – Schooners of Toohey’s New and Black Smirnoff Ices. PLEASE DONT MAKE ME WAIT LIVE IN KATOOMBA: ENERGY SONG LIVE IN KATOOMBA: BANK HOLIDAY LIVE SOMEWHERE ELSE: