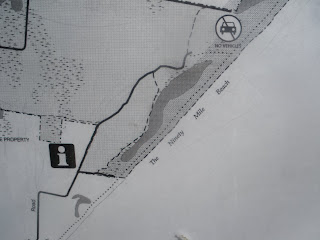 At a lonely farming community called “Woodside”, we see the first sign dictating the “begin” of 90 Mile Beach. A famous long stretch of beach not to be missed on Victoria’s south coast. I found a lonely car park by Woodside beach. Name sharing itself with a discount store in my home town of Bangor and also an isolated broccoli farm where I worked 2 months earlier, Woodside Farm in Poatina. 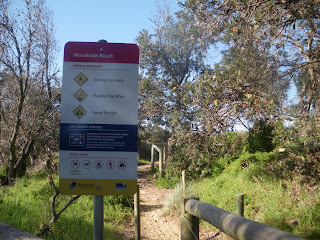 A tiny shy sign announced that this was Woodside beach. No actual mention there that it was the start of 90 Mile Beach. Its funny how there are seperately named individual beaches on what is essentially just one beach. It should just be called Ninety Mile beach, shouldn’t it? There was only a map showing that this was 90 mile beach on a board by the toilets. 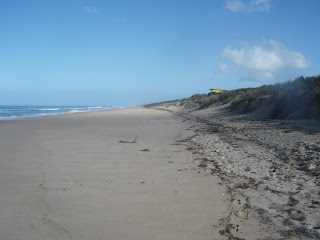 Believe it or not, the beach itself was nothing special. Just a basic sandy beach. 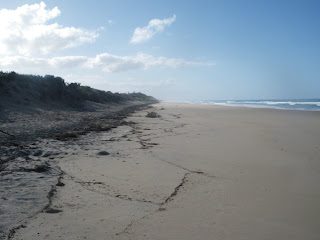 Nobody about. Not looking popular at all. And in the end I really only have went there to say I’d been. 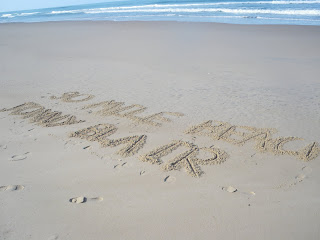 Because there was no indication that it was 90 mile beach, I drew a homemade sign in the sand. 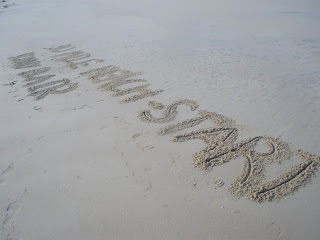 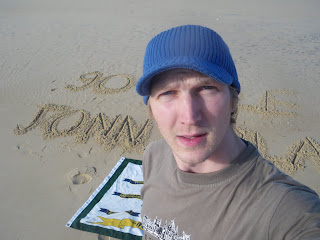 Me at the beach. Nobody around to take the snap! 
After that short trip it was onwards to Bairnsdale, which would be a fuel stop.