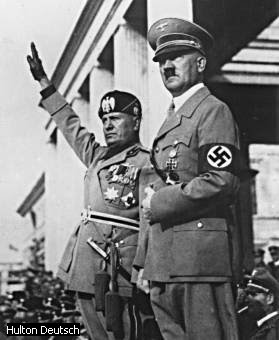 He wanted Lebensraum in every Polish town

“He wanted Lebensraum in every Polish town”

The quote is about Hitler, this blog post is all about my random time at Ards Tech and how the fuck I ended up in England…
It was basically by total fluke that I moved to England in 2003. In fact it was because we ran out of meat in Steenson’s one day. No really that was the reason! Back in August 2002, the morning of the Northern Ireland v Cyprus match at Windsor Park, Belfast I was in work at Steenson’s in the butchery but actually got sent home as there was no jobs to do due to a lack of meat and everyone (a lot of customers) were on holiday anyway. I had a few hours late morning to kill before I would get the Bangor – Belfast train to Botanic for the match, so I randomly thought: what if I called into the tech in Bangor, it was their open day after all and maybe I could do a random evening class. To quote Noel Gallagher, at the time my life was “going nowhere on a train.”
I was working in the local butchery at Steensons, which I thoroughly enjoyed, but never saw a career in local shops or even butchery, even if they were in one of Northern Ireland’s richest areas (Bangor’s Ballyholme area). I think I earned £5.20 an hour in there. So I went into Bangor Tech and randomly there was this enthusiastic old guy called John Kerr who told me I was definitely of the type who would excel in an ‘Access Course’, basically for mature students wanting to gain access into University. He checked my GCSE certificates and also my City and Guilds Qualification in Media and said to call back in for enrollment the next week. So off I went into the afternoon, to watch Northern Ireland play out a boring 0-0 draw with Cyprus and I was on the eve of something new. Though with hindsight I didn’t really know it then.

I turned up for enrolement at ndai, North Down and Ards Institute. It was in the wonderful Protestant working class town of Newtownards, a place I have often thought where I most feel at home. I was born there, I passed my driving test there and suddenly my life would change forever from events there. Newtownards is one of my favourite places in the world. It has that raw elegant Northern Irish charm about it. Sort of “no we don’t give a fuck, but our honesty in not giving a fuck makes us who we are.” After enrolement at Ards (a shortened name really for the new town in Ards) Tech I was surprised to see that Phil Anderson who had been a good mate from Bangor Grammar (and a NI and Bangor fan) was also enrolling as were several others my age. I was 22 and looking for new things really. I chose my subjects, going for English Literature (which I was always strong at), History (which I dropped in third form and had never really listened in class anyway cos I used to think “Fuck history, Let me see the future!”) and Sociology (about us literally). So then I had to choose between evening class and day time class. Even though it was justified as being a full-time education course, it was only 15 or so hours a week. I decided to go for the day option, which was Monday, Wednesday, Thursday and Friday, but never beyond 2 pm, which meant I could work every Saturday and Sunday in the shop as well as four nights a week. It all fell into place. So there I was, aged 22 and returning to full-time education after four years out and after not giving a fuck at a school so right wing, it makes a right winger like myself appear like a socialite. Even that doesn’t make sense. But I won’t dwell on anything ever. Except maybe a Norman Whiteside free kick.
I went into work and sorted out my hours with my boss and then had to buy some books and get ready for a busy busy time. The only football I forfeited for the studies was Glentoran FC, who I would only watch 3 or 4 times that season. I still ran the Northern Ireland fanzine and went to all Northern Ireland home matches as normal. I cut back on my drinking as well, telling my mates I was going to try and get into university. Nobody except me and those on my course actually thought I would finish the course and end up at university. But I was on a goal to succeed! And I’m not one to let a shining light go dim. 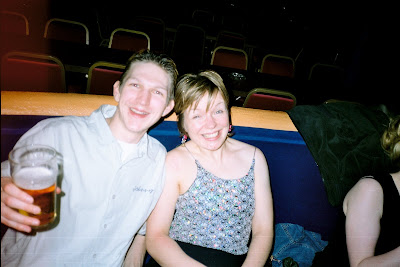 By November 2002 I had done about 10 assignments and found out some amazing things in history, english lit and sociology. I had also been given a UCAS form. I had no idea what the fuck it was at first, but basically you choose 6 universities you want to go to, then you send it off and you can get accepted into them all, but can only choose a top three and then a number one. Not one to dream or dwell I thought what the hell and filled it in. I phoned round a load of English universities and asked for their undergraduate prospectuses. The first one through the door was from Bournemouth University. I had about another 15 come through the post and then I picked my top 6 universities and then in turn my top course at each, based on nothing whatsoever but instinct. 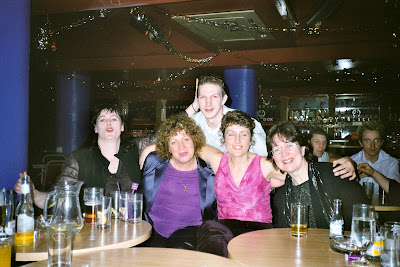 Everyone on the course except me were choosing three of Northern Ireland’s Universities (well the only three we have!), which is Queen’s University Belfast; University of Ulster Jordanstown and University of Ulster Coleraine. I had never lived away from home or even left Northern Ireland for longer than a holiday so I thought fuck it, I’ll choose random places far away. John Kerr, who took the course told me to go for it. I did and soon I had chosen Sussex, Bournemouth, Plymouth, Southampton and Winchester as 5 random English locations to move to and study. Suddenly I got excited and thought I’ll go away on my own and start a new life. Northern Ireland had taught me passion and pride, rights and wrongs, what it hadn’t taught me was meeting and greeting other cultures. 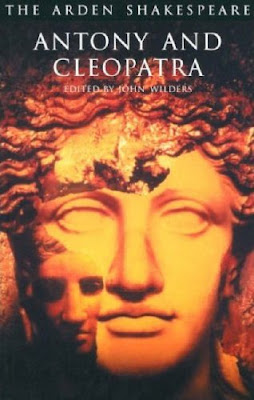 So by May 2003 I had still been studying 15 hours or so a week and working around 31 on average as well as having time for a trip to Dublin to see Oasis, many trips to Windsor Park, a few nights out in Belfast and always bidding myself a fond farewell to gorgeous Northern Ireland. We had 3 great nights out as well with the ones on my course. One night out was the end of year do, which I’m glad to say I organised. We had a great night, eating out at Quincys Bar in Bloomfield and then getting pished in Jenny Watts and Wolsers, two bars which for the love of life haven’t succumbed to commercialism thank God.
I passed with flying colours, getting an average of 72% over the three subjects and some very very tough exams. I was now much more educated about Communism in Russia, the Spanish Civil War and the genius of William Shakespeare. I think I even admitted to everyone that I fancied my Sociology teacher Heather Gyle. She had a rough eager edge and a very good frame of mind. She was my type. I’d have a lady like that any time really if given a chance. She was married with kids and I was much too young anyway, but it was funny to be fancying her! She described me as having “a sunny disposition.” I liked that and forever if people remember me by that I’ll be happy. I don’t give a shit that I messed up school or didn’t care back in 1996-1997, I had had a great time messing around and being me. I had now done something with my brain. Now I was destined to leave Norn Iron, not before a long fab summer of working in the butchery would continue to make me smile and cherish every day. By September I had moved to Bournemouth, where five years on I still am…
Teachers who taught me – John Kerr, Liz McCullough, Poppy Kerr, Heather Gyle, Alan Paxton.
Subjects I studied – Irish History; European History; Feminism; Sociology and Media; English Literature.
Books I read – Chaucer – The Pardoner’s Prologue and Tale, William Shakespeare – Antony and Cleopatra, Jane Austen – Mansfield Park.
Some amazing people I met – Mark Bolton, Pat Fawcett, Joanne Symington, Karl O’Neill, Mary McCann, Lynsey McQuillan, Leah Vance, David Sproule, Dawn Murdock, Kerry McCabe, John Butler.
Grade I got – Overall 72%.
Join 15,017 Monthly Readers! If you enjoyed this article and LOVE travel and SAVING money, get e-mail updates from Don’t Stop Living – a lifestyle of travel! (It’s Free) 😉 Jonny