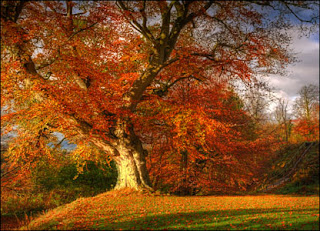 Back in 1997 when I first stumbled upon politics in a big way, I also started a course in Media Techniques and Competences at Belvoir Training Centre in the Belvoir Estate in Belfast, Northern Ireland. In many ways this first period of time away from the bland, middle class British-ness of Bangor was a wake up call and when I first saw the real world. After the Great Exam Heist of 1994, my mundane teenage years, I needed to move on. As a 17 year old I didn’t need to be worldly and I didn’t need to be liberal. I liked it all and it was at a time when violence in Northern Ireland had become much more civilised and random (Drumcree protests hardly resulted in much loss of life, if indeed this did mean several burnt out cars on the streets every July) I started the course at Belvoir in September 1997, which would last for exactly a year. During the course I would compile a 30 minute radio show, various other interviews, an exam as well as random coursework (which for the life of me I cannot recollect) in order to get a City & Guilds Certificate, a 7790 in Media Techniques and Competences, which I got a CREDIT for, the highest possible grade. I also spent some time on work experience in the BBC and at The County Down Spectator (and at school in The Belfast Telegraph), plus attending many Castlereagh Borough Council events with councillor Jackie Beattie. Looking back now 10 years on, it seems a lifetime ago. Without what I did at Belvoir, I wouldn’t be here right now, enjoying and cherishing each day in pretty England.

I first strode into Belvoir (where I had previously played football) a week before Oasis unleashed the power single ‘Stand By Me’ (a song which but for the death of Princess Diana would have been a number one hit). 1997 was a great year. Within a few days of life at Belvoir Tech, I had settled into the Radio Studio very well. We also has some kind of rare unique bond with the people I studied with. The weird thing is, I haven’t seen any of them for 8 years at least. Some of them I may never see again. The people I remember fondly were Tommy Cunningham, Keith Thompson, Jon Kerr, Julie Cole and Vicky Everitt (who was extremely attractive). As a 17 year old I didn’t dare chat up the pretty girls. There were others studying at Belvoir of course, but many out on placement. I was the shy reserved one seemingly happy just to be there. Of that I was. 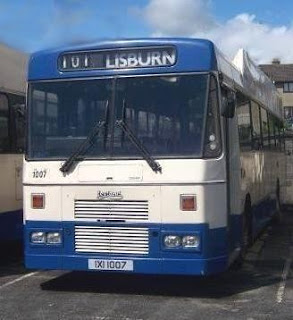 It was always the number 13 bus to take me back into town where I would catch the train from Great Vicky S to Bangor Central. Or more often, get a lift home with my Dad who worked at either Dial House, Churchill House or Royston House for British Telecom. It was a little bit of freedom before I turned 18. I also began to smoke occassionally at the time, but for some reason never got addicted and only really did it as everyone else was. In those days everyone had a smoke. My fegs of choice were Benson & Hedges Gold or the cheap version called Sovereign. Thankfully I never got addicted and didn’t really suit it! I had already a flavour for alcohol however, which I didn’t give up thankfully as it helps me through happy and sad times in equal moderation! My pints of choice ain’t changed 10 years on. It used to be Harp. It’s now Harp. My choice of clothing hasn’t changed much. It used to be jeans and a Northern Ireland football shirt. It’s now jeans and a more pretty Northern Ireland shirt. 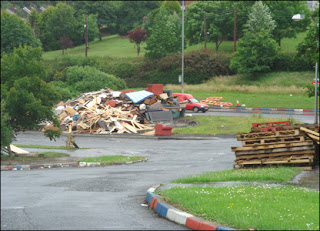 At Belvoir the man in charge was Jackie Beattie. Jackie had had a major operation on his leg from a motorbike accident, and he was a very well read, local politician. Jackie had spent time as a trainer and a journalist as well as being at Castlereagh Borough Council meetings and becoming Lord Mayor of Castlereagh in 2008. Jackie was strongly against the Good Friday Agreement of 1998, which in hindsight has now brought some peace and prosperity to Northern Ireland. I helped Jackie with his election campaign, putting up posters in Bright Orange as well as handing out leaflets and the fantastic job of glueing the posters onto election boards. It was a beezer time. In the end Jackie Beattie, who was standing as a dissident Ulster Unionist lost out on election by 70 odd votes for the first in the latest form of a Northern Ireland assembly. Fond times indeed.

The Belvoir Estate in Belfast is staunchly British, Unioinist and Protestant so of course I felt totally at home in those surroundings. This culture and unique divide we have in Northern Ireland should remain and never change. Alll we need is for the two sides (Protestant and Catholic) to live in seperate togetherness. It’s up to the kids to sort it out. The Paisleys and Trimbles of this world have spend too long on it to give a fuck anymore. I don’t blame them do you? Also you’ll notice a nice photograph of a forest, well that’s Belvoir Park Forest in South Belfast. A great park to walk the dogs and chill your worried mind away from the problems on mother earth.

During my many days doing live radio I developed the knack of being locked in the radio room talking to myself! A good way to while away the hours while reading books. Also remember that this was in the days before the internet was properly around. The tech certainly didn’t have any internet access, neither did the school I previously went to (Bangor Grammar School). So this was the way we did things then. I still have one cassette tape of one of my Radio Belvoir shows! I used the tagline “Jonny Blair on the air” at Radio Belvoir. It was actually coined by Keith Thompson, a man I haven’t since since the last century (1998 in fact) so cheers to Keith for that one. I continue to use the tagline or catch phrase on any radio show or report I do! I have since been on FM radio in Dorset for Nerve, based at Bournemouth University as well as an interview for Bath FM in February 2008. This is something I love doing and who knows I may take it further some time.

Anyway Belvoir was a beezer time, I’m just sad that I don’t have any photos of the college, the tech, the radio room, my mates there to relive the dream in my mind. It shouldn’t matter.

“All of your dreams are washed away in the sand.” Noel Gallagher truly is a genius.

Beers I Tried – Harp and Carlsberg with the odd Guinness.

Nationalities I Met – ONLY Northern Irish people and all from Belfast.

Moving Moment – My first “Jonny Blair on the air” radio show, September 1997. The setlist would have included Echo and The Bunnymen’s ‘ Lasts Forever’, Oasis’s ‘Stand By Me’ and The Seahorses ‘Love Me and Leave Me.’

FACT – Shortly after I left Belvoir Training Centre shut down for good. It was never re-opened.