Haven’t we been here before?? Hmmm…yes that’s right that place where something clicked and was once the place I described as my favourite place on earth. The city of Rotorua in New Zealand. 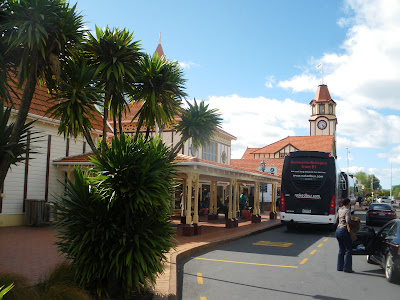 From my visit there in 2007, I hadn’t actually meant to return to volcanic Rotorua and in fact did my best to avoid it. BUT the Nakedbus in New Zealand is so cheap and became the fastest and quickest way for me to get from Wellington to Papamoa that a compulsory stop over in Rotorua was thrown in for reminiscing. 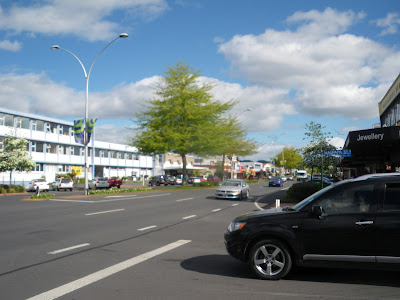 The afternoon was still around when this naked bus arrived, predictably at the identical location of manys a bus during my 2007 visit. 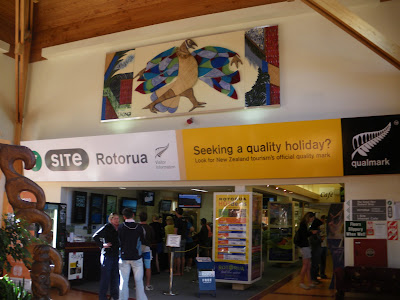 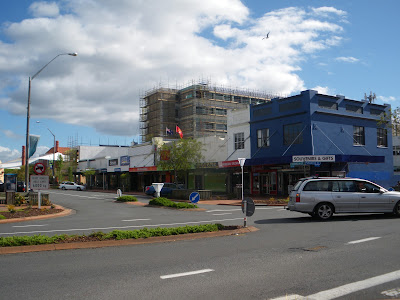 Bt my mind was at ease. Today was a quiet Sunday and my life had actually now gone full circle, here I was coming the other way from Lake Taupo, halting at Rotorua only for commercial reasons, the company awaited more passengers there. 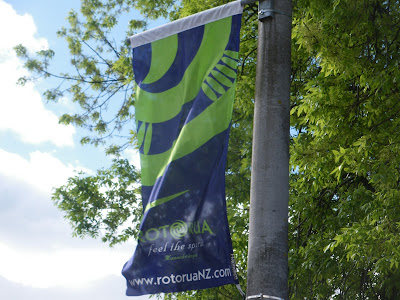 I had a whole hour to see Rotorua again. Firstly a familiarisation walk was required. I passed the government house, the gardens and glanced down at Polynesian Spa, where I enjoyed one of the best thermal hot springs of all time (possibly my later visits to Blue Lagoon, Iceland and Kuan Tzu Ling, Taiwan eclipsed Rotorua’s volcanic charm). 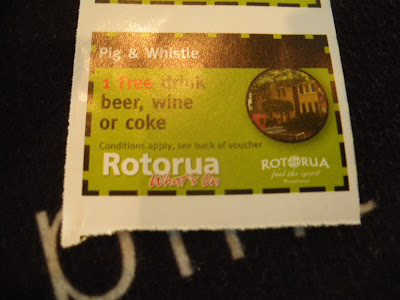 I am an eager bargain hunter and had picked up a “things to do in Rotorua” booklet at an earlier stop – Taurangi. In it I found a coupon for a FREE BEER in the Pig and Whistle Pub in Rotorua. I think I had one of those in 1997 as well. I knew exactly where the pub was, and would enjoy my dander round there. 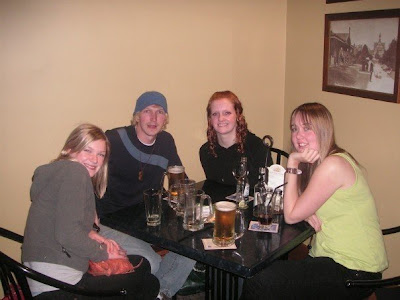 In that pub in 2007, we had five British at our table. I was joined by two Scottish ladies and an English couple. That’s the 2007 photo above. In 2010 I was alone, and sadder.
Just before going in there I bought an iron on patch for Rotorua, I had only started collecting them this year and it was nice to get the chance to add some past glories to my green fleece sweater. A volcano on the front of the badge said it all. Very typical of Rotorua, “volcano town” (or if you must…city). 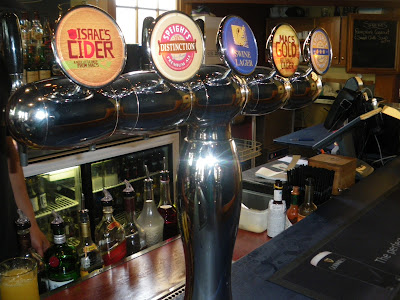 Of course before all that there was of course that marvellous scent of sulphur which accompanies the Rotorua air. It smells “like rotten eggs” or even “like farts”, but it’s really a sulphur scent and one which I must admit I enjoy. Two locals crossed the road in front of me. “Wow it actually smells like Rotorua today” one of them said. And I got a pleasant whiff while walking back to the Pig and Whistle. There is something spooky about revisiting a place you’ve already been, but with a major gap in between. It’s a feeling of de ja vu, with a mix of changing times, history, self progression and embedded memories. If Lake Taupo is the furthest place from Bangor that I’ve been to twice, then Rotorua is second. And both with the same time gap. 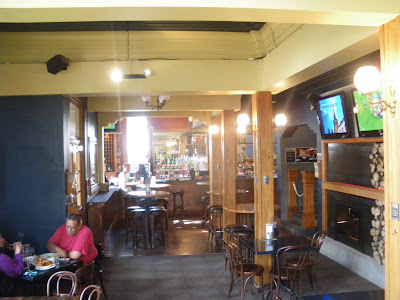 Not much had changed in Rotorua, nor in the Pig and Whistle Pub. Perhaps it was the same barmaid who poured me my free pint of Swine. Their own homebrew. Perhaps I even drank from the same glass. It’s a nice beer. Even better that it’s free. And as fate would have it, the same table i sat at that night was vacant. So I sat there, in a different seat. I sipped my beer and still had almost 30 minutes on leaving there before my bus left, so dinner was made easy by simply buying a loaf of bread. I already had the salad, ham and cheese in my bag from the day before. Budget travel snacks are the way forward. 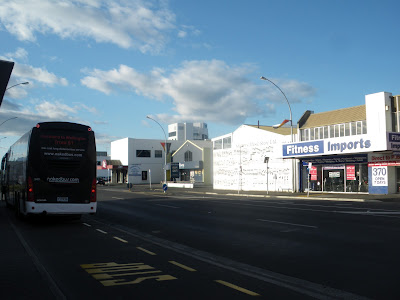 Before my bus pulled away there was a quick scare where I couldn’t see my bus. I had thought it may have left with out me. But this is Rotorua and Rotorua still held that magic for me, this time. My bus had moved in front of the other bus and now I was onboard and leaving this city behind again. I munched my homemade sandwich on the bus and exit was fast. I spied Kiwi encounter on the way out of the city and gave a glance of sentimentality towards Lake Rotorua itself.
And that was that. Who knows if I’ll go to Rotorua a third time…
Key Song –
EMBRACE – COME BACK TO WHAT YOU KNOW:
My Videos –
ROTORUA FIRST TIME AROUND (2007):
AT THE POHUTU GEYSIR IN ROTORUA IN 2007:
ROTORUA SECOND TIME ROUND:
PIG AND WHISTLE SECOND TIME AROUND:
BUS OUT OF ROTORUA:
Join 15,017 Monthly Readers! If you enjoyed this article and LOVE travel and SAVING money, get e-mail updates from Don’t Stop Living – a lifestyle of travel! (It’s Free) 😉 Jonny