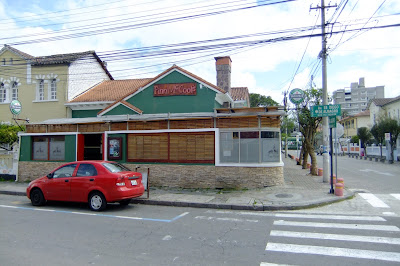 The very words “Finn McCool’s Irish Pub” will linger forever in my own memory and those of 5 other Northern Ireland fans. The reason being that back in 2005 we launched the glamorous and innovative South of England Northern Ireland Supporters Club in a bar of that very name in the seaside town of Weymouth in Dorset, on England’s South Coast. This tale is of a different “Finn McCool’s Irish Pub” in a land far away… 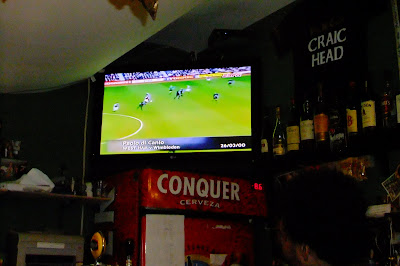 As a 25 year old living locally in Bournemouth, I could not have imagined that 5 years later almost to the day I would be living in Australia, yet taking a break to travel and ending up in a pub of the same name, but in the southern hemisphere (just) in the capital city of Ecuador. Step in Finn McCool’s Irish Pub, Quito… 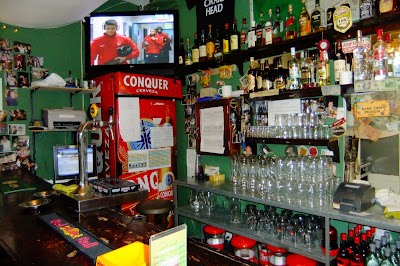 The pub itself was in my Lonely Planet Guide and I always find a solace in Irish or British Pubs, which are bizarrely scattered in many cities round the globe. Even Ushuaia, Cuzco, La Paz and Asuncion had joined in the craze of having a UK/Irish pub. 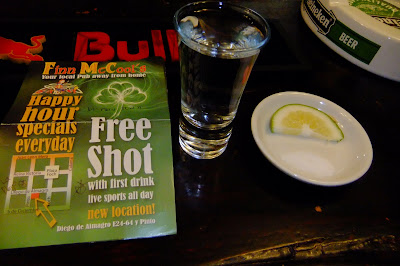 At Mariscal Sucre International Airport I had already picked up a voucher for a free shot of Tequila with any purchase! So of course that gave me, as a traveller an extra incentive to go. 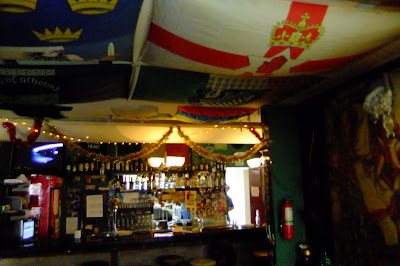 I was with Norbert, a German guy for the hostel one day and as he went to book a trip to the Galapagos Islands, I decided to pop into the nearby pub in the New Town of Quito to check it out. The pub was easy to find, on a quiet corner in a very different area of Quito. 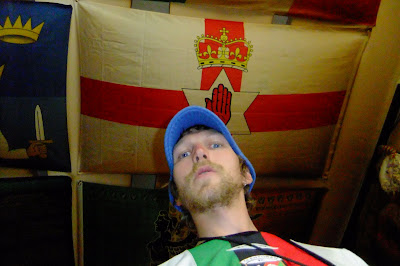 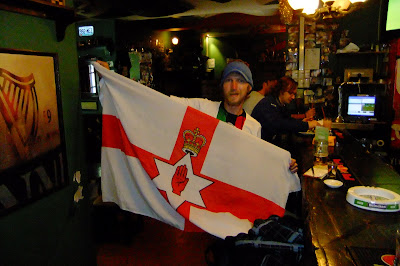 Of course I also had my own Northern Ireland flag with me and the bar owner Lee got straight into football chat with me and took that photo of me and my flag, I was also wearing my Glentoran shirt that day. 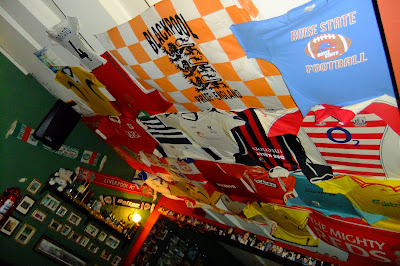 The bar was full of football shirts on the ceiling – a real typical Irish/British pub and I loved that. 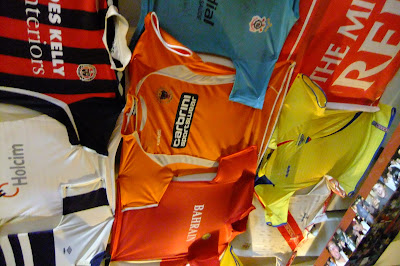 I was rather enthused by the frequency of Blackpool mentions and asked Lee about this – he was a Blackpool lad and fan and this reminded me of Helen – my ex girlfriend who was a big Blackpool FC fan. I took a few photos for her. 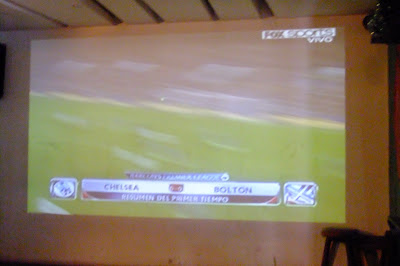 That day they were showing THREE live Premier League matches at the same time – just incredible. I was able to watch Wolves beat Liverpool away and Chelsea win at home against Bolton. 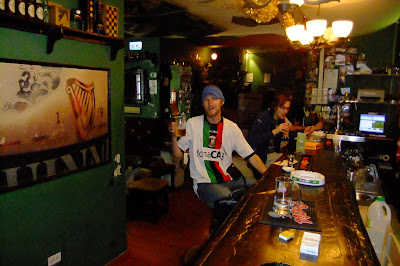 During the football I was joined at the bar by an English guy – Anthony. We got talking about football – he’s a big Blackburn Rovers fan! It was refreshing to meet a guy in a similar position to me – a real football fan living on the other side of the world. 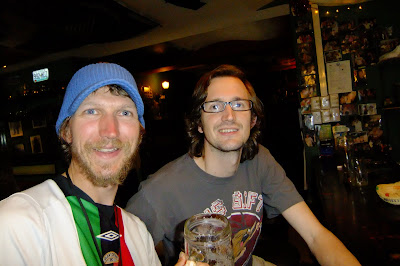 When I told him I was a Bournemouth fan – I remembered the night we went to Ewood Park back in 2004, and won on penalties. Anthony had been at the same match. Funny world! We had a great chat and watched the footy together. This is what I love about travel the most – the random people you meet and share conversation with. Thanks to the wonders of e-mail, facebook etc. we can keep touch and I hope to see Anthony again some day – maybe back in England for a Cherries – Rovers match. 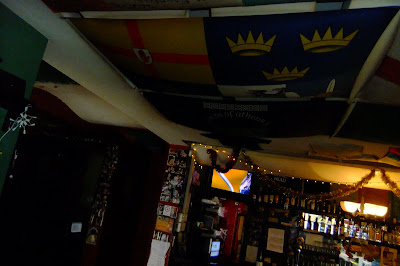 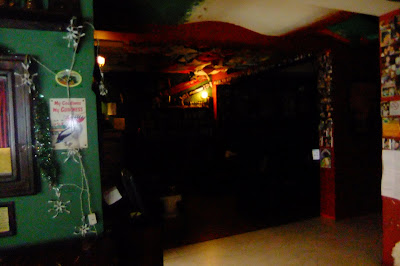 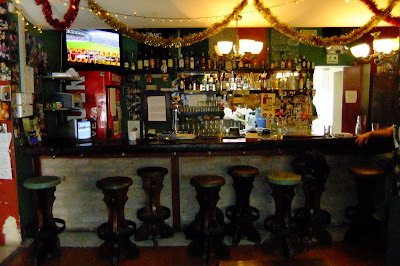 A few more photos from Finns for the scrapbook. 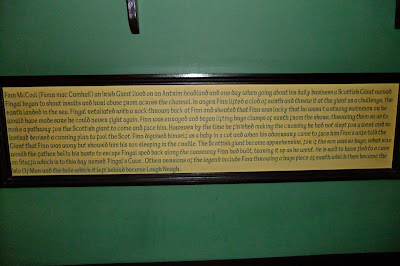 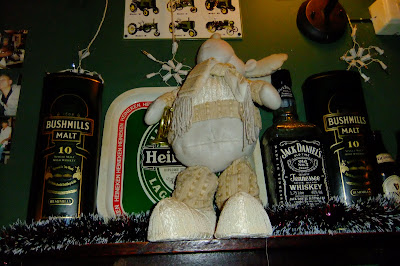 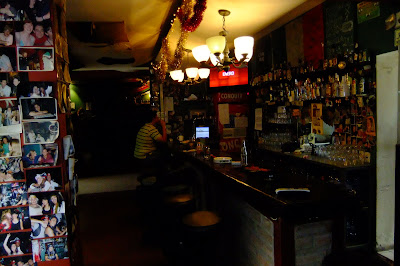 I was just passing through Quito and Ecuador on a whirlwind trip really, so this turned out to be my only visit to the pub. I hope I can return to Quito, to Ecuador and to Finn McCool’s someday. I also told Lee I am an experienced bar man (having done bar work in 4 countries including 3 Irish Pubs) and would be keen at the chance to work there one day again. Who knows… 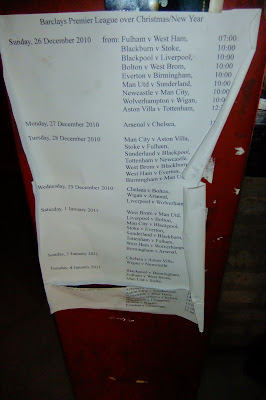 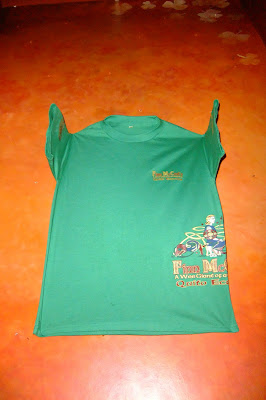 As a final note – if you end up in Quito – go and visit Finn McCools!! You’ll love it! 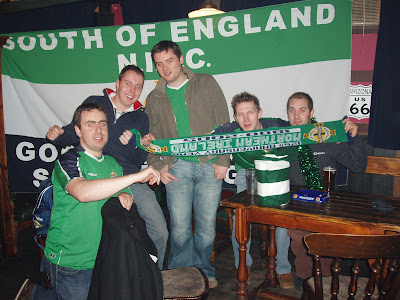 Oh and just for old times sake – there’s a photo me and the South of England Northern Ireland Supporter’s Club meeting in Finn McCool’s Pub in Weymouth, Dorset, England back in December 2005. Same world…
Finn McCool’s website: http://www.irishpubquito.com/
Pub – Finn McCool’s Irish Pub Quito
Address – Pinto 251, New Town, Quito, Ecuador
Price of a Guinness – $15 US dollars (the dearest yet – so I stuck to the local stuff)
Beer – Pilsener
Shot – Tequilla (always on buy one get one free there)
Nationalities Met – English, Ecuadorian
Proof that Blackburn Rovers didn’t buy the Premier League in 1995:
http://didblackburnroversbuythetitle.yolasite.com/
http://syze.blogspot.com/2011/01/did-blackburn-rovers-buy-premier-league.html
HAVING A BEER IN FINN MCCOOL’S PUB, QUITO:
BLACKBURN ROVERS FAMOUSLY WIN THE LEAGUE IN 1994-1995:
Join 15,017 Monthly Readers! If you enjoyed this article and LOVE travel and SAVING money, get e-mail updates from Don’t Stop Living – a lifestyle of travel! (It’s Free) 😉 Jonny