Well the idea was to see as many countries, places, culture, sights, people, pubs, restaurants, lifestyles, football stadiums, beers etc. in the world on my 78 day Round the World Trip. So when I left the Hotel Mercure in France’s Campeigne one Thursday morning in August, the plan was that there wasn’t a plan. 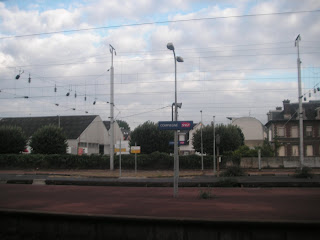 I turned up at Campeigne SNCF station and just wanted the next train to central Paris. As I knew then that I could get a train to pretty much anywhere in Europe from the Paris stations. This incidently included London, but what desire would I have for jumping on the Eurostar and going back to where I started my lonely trip (Heathrow Airport 1st July!)? The answer was none and I didnt hop on the Eurostar. I certainly milked my Railbookers ticket until the cow couldn’t udder any more. I got off at Gare du Nord amidst a flurry of eager commuters, French cyclists and begging tramps. I was all three, except I wasn’t eagerly begging to commute on a bike and certainly wasn’t a French tramp. Even though my dreamy days of listening in school paid off. Ordering a croissant in French is never difficult. Je voudrias un croissant s’il vous plait, et peut etre un cafe aussi. Easy? Oui. 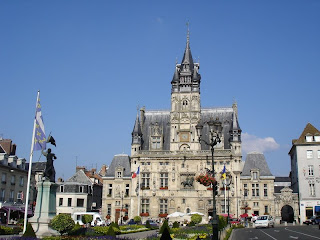 From Gare du Nord, I noticed the next train, due to leave in 7.42 minutes was heading to Rotterdam. Home of Europe’s lagest port, a lot of beauty, some grace and the subject of a wonderful Beautiful South song which hadn’t escaped my memory. In fact I played it on iPod regularly on my trip. Most places could be Rotterdam, or anywhere. Even Belarus’s Minsk, I guess. So I had somehow left Holland out of my world trip, managing to slide my way through Germany, France, Luxembourg and Belgium, without a lust of Dutchness in my eager bones. However I had met Joost and Clair in Los Angeles some 6 weeks previously and they invited me to Rotterdam. So I was off to Rotterdam in The Netherlands, wasn’t I? 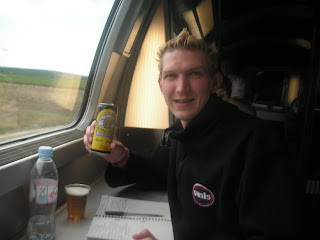 Erm, no! The train conductor wouldn’t let me on with my railbookers ticket, as I didn’t have a specific booking for the TGV (Fast Speed French Train) to Rotterdam. Therefore I had no time to pay the extra and upgrade, as they were strict about it, and my dream of seeing Rotterdam had gone. The next train to Rotterdam was a slower one, and would have cut into my day. So sorry to The Netherlands. It was one country which escaped my presence during this trip! And with hindsight, if I’d got on that train that day it would have bumped my country count up to 20 countries in 78 days. In the end 19 was all I could muster. Ah well. Plan B was that there was no plan B.

So I just got the next train to somewhere as far away from Paris as I could. That turned out to be a 3 hour TGV train straight to the South of France and Marseille! This over dressed Northern Irish man was set for the Mediterreanean Sea on a hot sun marketed August day. 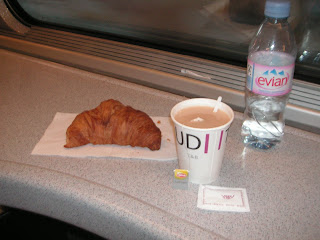 All I had to do was get a tube (metro) to Gare de Lyon (a lovely station in South East Paris) and I could catch my high speed train to Marseille from there. I had no accomodation or any clue what I would do in Marseille. This was just another day in the week in another week in the year. After a gorgeous train journey through some blatantly French countryside and some rivers, I arrived in Marseille, all of a sudden I was on the south coast of Europe with the Mediterranean Sea before me.

Where I Stayed – Hotel Resid, Marseille.

Favourite Thing About The Trip – Being on the fast TGV for the first time. An amazing train journey.

FACT – NEVER confuse Holland with The Netherlands. They are different. The Netherlands is a country. Holland is a region in the central-western part of the Netherlands with a population of 6.1 million people. Holland was a county of the Holy Roman Empire, ruled by the Count of Holland, and later became the dominant province of the Republic of the Seven United Provinces (1581–1795).