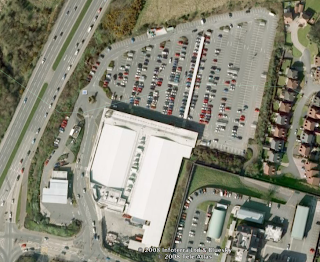 Its hard to believe for me personally that it was now NINE years ago when I worked (and helped with the opening) at the brand new Tesco store on the edge of East Belfast, at Knocknagoney in the Tillysburn area. It was Spring 1999, and I was working as a full time ambient stock control assistant at Tesco in Springhill in West Bangor, just off the carriageway. This was based in Springhill Shopping Centre, Northern Ireland’s first and therefore oldest Shopping Centre. As there was a brand spanking new Tesco store due to open in Knocknagoney, they were looking for new staff to be based there when the store opened, but also for all the setting up, and even getting the shelves ready. I applied for the job of ambient stock control assistant there and got it. By June 1999 I was in training for the new store. I worked with Linda Haire and Elaine Kennedy choosing and selecting the products in each area of the store that we wished to stock on opening. It seems strange now, that as a 19 year old I was doing all that. It was just another job really and one to fuel my hunger for the Northern Ireland football team wallet wise, affording to go to games while living with my parents was easy. The training for the new Knocknagoney store was carried out in Connswater (East Belfast) and Bloomfields (Bangor). I enjoyed the time in Connswater much much more. There were friendlier people, a nicer canteen and plenty of Glentoran fans around. My manager at the time was also Tim Lemon, who also doubled up as an Ulster Unionist in the area, though I rarely spoke to him about that. I seem to just recall chilling out in the warehouse of Connswater Tesco that summer listening to Madonna’s “Beautiful Stranger.” Maybe I dreamt it all up? 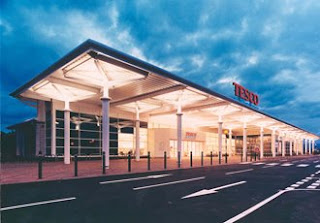 By the end of August, the preparation was all going well, and by the way I couldn’t afford holidays in them days, I spent the entire year on the island of Ireland (venturing only to the Republic of Ireland, for an REM gig). In a late 1990s Northern Ireland most people would have been happy with that, and I was too despite the constant slagging I got at Northern Ireland home matches for not going to the away matches!! (I couldn’t afford it) I had worked all summer and suddenly we were inside Tesco at Knocknagoney with loads of staff and staring at empty shelves, clean floors and a state of the art new Tesco. I don’t blame Tesco for the competitive commercialism, at the time they brought a lot of new jobs to the people of Northern Ireland, even playing their unexpected part in “the troubles” by causing riots against Tesco at a store on the nationalist side of Belfast’s Donegal Road! I mean to sell potatoes with a Union (Jack) fleg in an anti-British area, come on? Tesco didn’t research that one too well, but soon as jobs were to be created and the following old Northern Ireland brand name outlets to be phased out:

1. Wellworths (or Woolco in Ards) – a crackin wee 1970s convenience store.
2. Supermac (South East Belfast!) – still my favourite supermarket in the world ever!! It was based where now a modern Forestside Shopping Centre appears. Supermac was where my Mum used to take me as a kid to shop. It was often targetted by the IRA, who also found fit to constantly bomb the Drumkeen Hotel which was opposite. Supermac will always be my favourite supermarket. I wonder if I have an old supermac bag somewhere?
3. Stewarts – Northern Ireland’s biggest supermarket chain, they were everywhere and my Da and Granda often popped into Stewarts Wine Barrel. I still cannot believe nowadays you can buy your carryouts from a big supermarket/shopping centre. You used to be only able to buy alcohol at an alcohol shop, an offlicence. That’s where we got our carryouts, those days are sadly gone.
4. Crazy Prices – I still have an old t-shirt somewhere as I joined Crazy Prices/Tesco as an employee during the changeover at Springhill. This housed the “yellow pack” variety, which was cheap food! Crazy Prices was class, and is no more…
5. Bloomfields – This was a Bangor only supermarket in Bloomfield Shopping Centre, which opened around 1992 and was big news in the area at the time. I knew quite a few people who worked in it, but by 1998 ish, it had been bought over by…you’ve guessed it – TESCO!

We placed SELs (Shelf Edge Labels) with the correct amount of facings for each product on the brand new shiny shelves. Honestly some days I would work 12 hours just walking round a section of the shop putting labels in, and then checking them with the plans on the sheets, as taken from a similar store in England. It didn’t bother me having to do that, it was all good fun, good experience and decent money (I’m pretty sure I earned more then doing that than I will tonight working as a bar man at the prestigious Bournemouth International Centre, and that’s with 9 years of inflation!). We had the radio on all day in there and I remember the summer songs that year very vividly. Eiffel 65 had their hit “Blue Da Ba Dee”, Bewitched were out quite a lot, there was that Madonna song as mentioned, and even Martine McCutcheon made the top ten at the time, along with Travis’s dreamy “Why Does It Always Rain On Me?” And of the course the hype in work and on the streets in 1999 was huge – everyone was geared up for the big one – the Millennium!! Tesco had a whole load of special Millennium stock, including a “time capsule” which I bought and put a lot of memories from the year 1999 in. 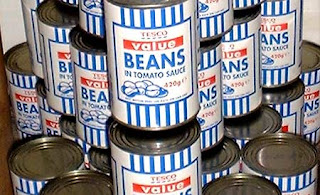 Come September 1999 (I think) and the shop was opened to the public. I worked from 6 am – 3 pm that day and remember the local journalists were down, and the store became very busy over the next few days. Nothing was to last forever though, and by Christmas I had left Tesco Knockagoney having helped set i tup and open it, as well as ordering all the stock for it. I enjoyed the team there, and the 10 am breakfasts for less than £2 (Ulster Frys), and the odd pint with old mates Uel and Kyle, where we’d go the Park Avenue after work. Tesco Knocknagoney was also very close to The Oval, home of Glentoran FC, and any Saturdays where I finished work at 2 pm, I’d head straight to the Oval and watch the Glens. I got offered my old job back in Tesco Springhill on a day when I surely cheated death…On the way into work and tired at 5.45 am, I smashed my car backwards into a wall outside the main square in Holywood and woke up to fnd the car a total write off, but me with only severe back pains and nothing but bad memories. The week of that car crash was to be my last on the aisles of Tesco Knocknagoney, before I headed back to little Springhill to yet another Tesco store ready for the Christmas rush and to be reunited with workmates such as Robert Hawthorne, Linda Stewart and Gary Hunter. Tesco Knocknagoney stands tall on the very edge of Belfast close to the George Best Belfast City airport, and once upon a time Jonny Blair worked there…

Why I left – Offered the same job with the same money in a smaller shop closer to home.