Time for a vibrant and well needed return to my World Travellers series. And we’re back with a bang all the way from Japan and his latest adventures on Ikimasho.net, we have Justin Egli, the world traveller, punk rockstar, artist, blogger and Ulsterman! 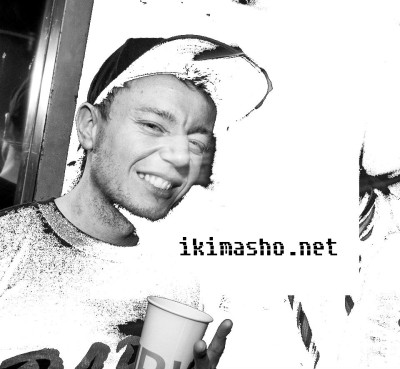 Guess it all started around 2000. I toured the UK and Ireland in the back of a VW Estate for a couple of years in a punk band and did some random trips with mates to eastern Europe. Being in the band we played random two-bit places I still haven’t even heard of, and it wasn’t uncommon for us to drive 300 miles to play in some shit pub in front of no one. In fact one time we actually played a gig to zero paying customers apart from the bar staff and a blind man. Then I moved to Japan for a year in 2003 and pretty much got hooked on Asia. I travelled America, Canada, New Zealand, Australia etc as part of a round-the-world trip 2007-2008 and moved to Tokyo in 2012. Have been to 12 countries in Asia – the most interesting regions prob being Borneo, Myanmar and Sumatra. Any one who likes to travel and hasn’t counted the countries they have been to is just lying. So I’ll say that I’d like to have visited 50 countries by next year. 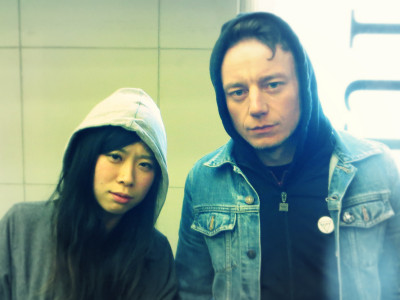 I’ll always say that Japan is a great country to live. I’m in a coffee shop right now in Tokyo and someone has just left their iPhone on the table to show that the seat is taken. She’s away to the toilet. Doing something like that would be pretty much unheard of in any other country – it’s incredibly safe here. Indonesia is my favourite country to travel in so far cos it’s just so diverse: rainforests, volcanoes, beaches, it has it all. Sumatra, Java and Bali are all so different from each other. The country has 17,508 islands, 6,000 of which are inhabited. It’s a country you could travel in forever and not see it all. I spent a month in San Francisco one time, that’s a great city. I could live there. 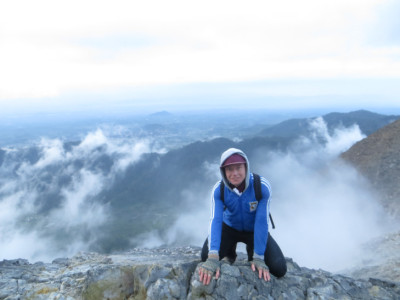 It’s not a specific place or a destination, just that feeling of being out there on your own not really knowing what you’re going to see or what’s going to happen next. At the risk of sounding like Braveheart, freedom?

Nothing terrible has happened, just general stuff that is a pain in the ass. I got bitten by a monkey in Bali one time and needed a course of post-exposure rabies shots. The problem was that the injections all had to be on certain dates, but all the clinics were going to be closed for the Obon holidays when I got back to Japan. That was a pain to sort out, and expensive too. Other stuff is the kind of nonsense you expect from travelling: my bag got lost en route to Sumatra one time and so I had to wait about in Medan airport for a full day wondering if it would turn up; my ex and I had a peeping Tom perving on us through our window in Laos; I got stung by fire coral in the sea and my leg got infected (again in Bali); had to go to hospital in Malaysia for injections after getting whipped by box jellyfish. Of course these things are all annoying at the time but are funny to write about now. 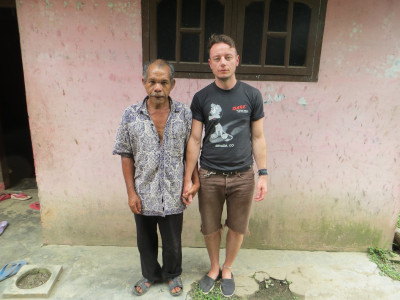 Hands down all the funniest stories come from when I toured the UK and Ireland with a punk band for two years in 2001-2002. It was utterly ridiculous the amount of weird shit we saw and got up to. One time we played in Birmingham with a band called Rockbitch who were renowned for living in a sex commune. During the gig they threw a ‘golden condom’ into the crowd and if you caught it you could have sex with one of the girls on stage behind the amps while they played. Our guitarist caught it and did the deed. There are literally hundreds of stories like this: driving from Scotland to London and back in one day to see AC/DC; sleeping in the car with no money; just generally going with the flow and not giving a crap. We played a gig in Dublin the night before my university finals and I had to revise in the car on the way home while the rest of the band listened to Slayer at full blast. 15 years later we all still laugh about the stories and there’s definitely a book that needs to be written about it all.

Hmmm. Well that time I got bitten wasn’t the nicest thing that’s ever happened to me. I’ve tried cliff jumping and skydiving, but those were more of an adreneline rush as opposed to pure fear. But yes I was scared before I jumped both times. The time I drank jungle juice with a bunch of nutters in the Sumatran jungle was pretty unsettling. http://ikimasho.net/2014/01/02/the-day-i-drank-with-sumatran-gangsters-in-the-jungle/ Actually, I also had a pretty hairy moment in Java last year when I climbed Mount Bromo at midnight to witness a ritual at the top of the volcano: walking back through the Sea of Sand, a downwind caused a sandstorm and zero visibility. I was with a couple of German girls and for a few minutes we thought we were gonna have to spend the night in the wilderness. (http://ikimasho.net/2014/12/06/sulfur-sacrifice-yadnya-kasada-festival-indonesia/) 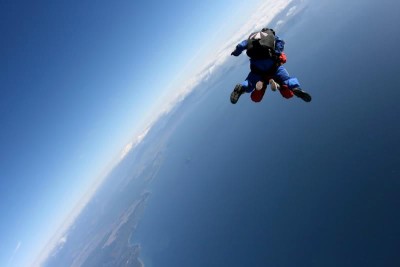 To be honest out of all the long-term travel I’ve done I haven’t worked during any of it. I worked in advertising in the UK for a few years then quit and used the money I’d saved to travel for a year and not work. In Tokyo I’ve been teaching kindergarten, and again the money I’ve saved here will fund another stint.

Working full time in Tokyo has allowed me to go to Taiwan twice, Thailand, Myanmar – as well as three separate trips to Indonesia: Bali, Sumatra and Java. I also get some pocket money from freelance writing gigs in Tokyo. I’ve been saving money which has allowed me to quit my job this month and travel for the rest of the year – working full time meant I could only travel during allocated vacation times which was starting to grate on me.

I make no money off Ikimasho! Of course there are many bloggers who monetise their sites, accept advertising etc but it’s just not the route I have chosen. I’ll maybe consider it in the future, but above all my site is motivation for me to stay creative wherever I am in the world: be it through writing, art, photography and so on. I’m very grateful so many people read it, and I enjoy running it. But I have no real intention of making a living off it, as I don’t want the thing I love to do voluntarily to become the thing I need to do out of necessity.

There’s a growing trend these days for travel bloggers to brag about the whole ‘digital nomad’ thing – to pack up your life and live out of a backpack, working online. As much as I would like to be self sufficient I don’t think this is really the life for me. I do like having a base, so I hope to use my site as a springboard to land a job in the future that allows me to travel yet still have a base somewhere, earning a bit of money. The increasing number of low-cost carriers means that working for an in-flight magazine somewhere isn’t out of the question; living in Kuala Lumpur for example and flying in and out of the region to write about new flight destinations. I’m going to be using this year to have a think about that kind of thing. Of course, Japan is always here but I’d also maybe like to live closer to home, in Europe maybe, so we shall see.

Be flexible about where you want to go and when. If you check Skyscanner you can put in your current location and set the destination to ‘everywhere’. If you are willing to go where the cheap flights will take you you will save a lot of money as opposed to having the mindset of ‘I must go to this place on this date’.

If you are OK with it, travel alone. You’ll meet more people that way and find yourself in more interesting (read: random) situations.

Many will disagree, but don’t bother with Australia unless you just plan to work and save money. It ate up a lot of my budget on my world trip and ultimately I thought it was kinda just like the UK but with more sun.

End of this month I’m flying from Tokyo Bangkok to chill for a bit before going to visit my friends Allan and Fanfan from Live Less Ordinary at their family home in Isaan near the Cambodian border. From there I’m flying to Nepal where I’ll spend a month. After that it’s looking like Kuala Lumpur to Brunei then overland into Borneo. From Borneo to Philippines and on to Indonesia. But as I said, if I see a ludicrously cheap flight to somewhere else this all could change in an instant. I’m looking forward to spending some time with my friends and family in Northern Ireland and the UK and also taking the ferry from Spain to Morocco. Hopefully I see you at some point, Jonny. Cheers for the interview.

My articles for Tokyo Art Beat

Thanks to Justin Egli for being the latest in my series of World Travellers! If you travel the world and run a travel blog or are a travel writer, please get in touch, you can be featured (there’s a waiting list at present), either e-mail jonny (at) dontstopliving (dot) net or head to my contacts page and get connected! You can also subscribe to Don’t Stop Living by filling in the form below! Safe travels!