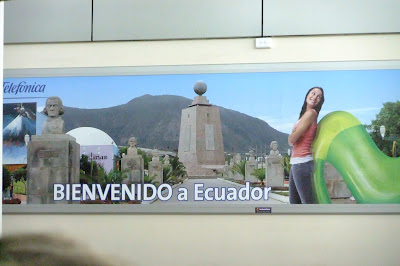 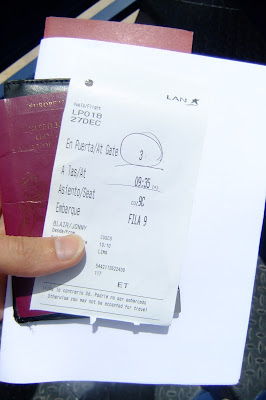 Arriving in Ecuador was at a substantial extra cost for me. Just 2 nights before my flight to Ecuador (“the equator country”) I had booked 2 flights – on TACA’s website with help and advice from an American guy sharing in the same room at Pariwana hostel, who similarly to me had done the whole Inca Trail thing and decided it was best to get out of Cuzco soon after. So I booked with TACA who were very cheap – around 60 US Dollars to fly Cuzco to Lima, at 7.56 am. In the end it was 60 US Dollars wasted as I couldnt cancel or change my flight, or get my flight, which was eventually cancelled anyway. By that stage I had paid at last minute an extra $200 US Dollars just to “get the fuck out of Cuzco.” 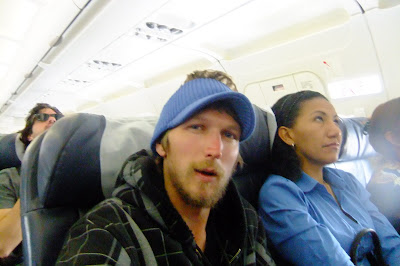 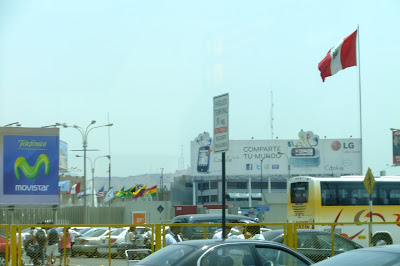 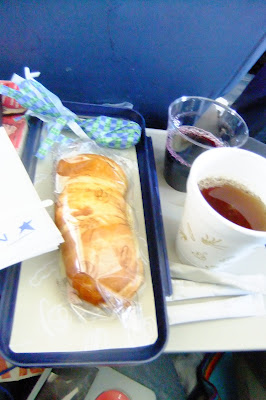 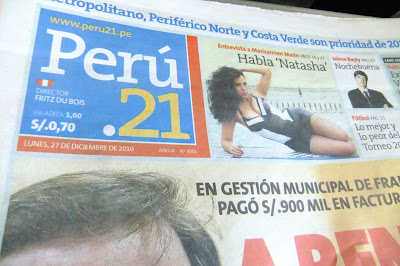 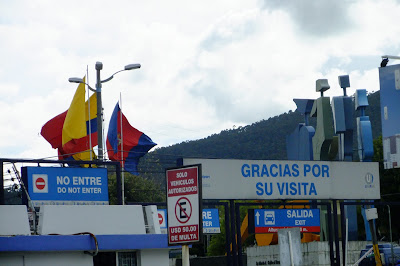 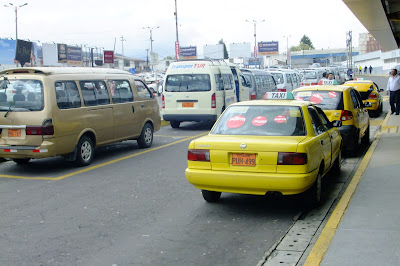 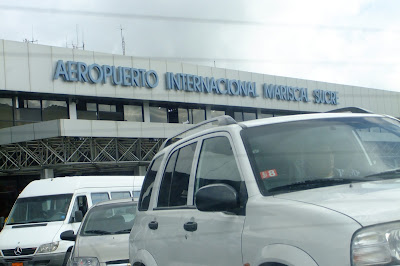 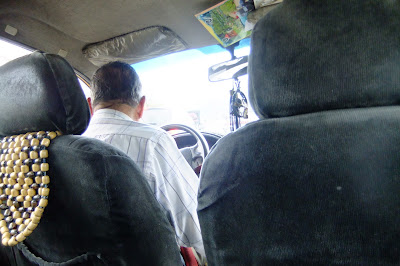 Whatever happened I had my Peru exit stamp on my passport (whether that happenned in Cuzco or Lima, I really can’t remember) and I was randomly on a flight to Medellin in Colombia. However I would get off at the first stop – Quito – only the capital city of Ecuador.

I had no idea that Ecuador lost its currency a few years back and as such they trade using the US Dollar. It has a base rate and is pegged level with the US rate. So in essence I already had some Ecuadorian money and to be honest over the next few days didn’t spend much.

I’m sat beside a mother and daughter, both from Ecuador but who bizarrely now live in Norway. They are both carrying Norwegian passports. I was curious but didn’t ask why they were travelling.

On-board flight meals in South America continued to be excellent and would put a lot of the first world to shame. I have a tea and a red wine plus a ham and cheese croissant.

Arrival in Quito is fast. Passport stamps are done by a printer, old fashioned but stylish, no questions were asked of me and my bag is out early on the conveyer belt and the service is excellent.

I find a tourist information spot for details of getting to my hostel, which is in the old town. It’s obvious this is an old city.

At the tourist information point I also find a flyer for an Irish Pub in town, which has a voucher for a free drink. It’s called Finn McCools, named after a Northern Irish Giant none the less. That will come in handy later on, as does the nice map of Quito I pick up.

I guess I was in cautious, tired and weary mode as the head of Quito hit me on exiting the airport. I was told that yellow taxis were reliable, safe and efficient, plus we were fairly central so with my big bags I didn’t want to be in rush hour commuter traffic on the buses and trains. Quito is famous for pick pocketing and robberies of course. But I just wanted a quick easy route back to the hostel which had been booked a few days before.

I decided to stay in the Old Town in Quito, mainly as I felt I’d enjoy the architecture there better and get a sense of the raw buzz this capital could offer. After rejecting some dodgy guy’s taxi offer I finally jump in a yellow taxi asking how much it is to Olmeda, the street the hostel is on. The driver chuckles and tells me his name is Olmeda. OK I didn’t believe that for a second but it was funny none the less.

A dryness is obvious in the Quito air, I chat away to “Olmeda” and trace the route on my map, in the knowledge that safety is ahead. I had a good feeling about this hostel even before I booked it. I chose the excellent Colonial House Hostel in Old Town Quito. 20 minutes later and we were there. On a tilted street, with a bit of typical grafitti and poverty apparent, I was welcomed with greeting arms by my host Ornelia, at the yellow in colour hostel. Yellow was a theme throughout Ecuador.

I was in a nice safe haven to start my Ecuador adventure, the main thing I wanted to do was cross the Equator on foot, at nearby Ciudad Mitad Del Mundo…