“You turn around and life’s passed you by” – Doves. 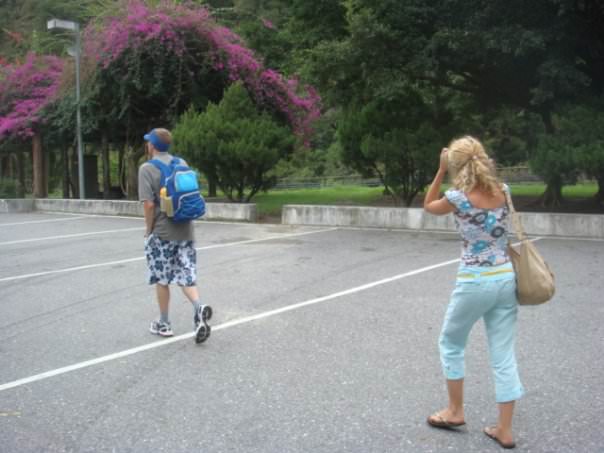 Welcome to Don’t Stop Living, thanks for your visit. I’m Jonny Blair and this is my website. Don’t Stop Living is condemned to a lifestyle of travel. I’ve managed to live a lifestyle of travel away from my homeland of Northern Ireland since 2003, though I didn’t start this blog until 2007. I have written and released five books so far on my travels, as well as over 5,000 blog posts on this site and other sites. Through it, I want to tell my real story of ups and downs and meet a lot of people from different cultures around the world. Read on if you want to see the world… 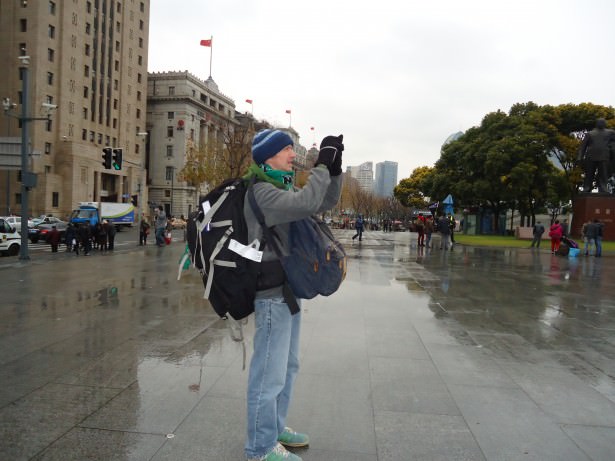 Taking a photo in Shanghai heaped with my backpacks – the joys of a lifestyle of travel!!

So where do you start?? This page features the best posts from the archive on how you can live a lifestyle of travel like mine. Escape your mundane home towns and see the world. Don’t stop living! I really hope you can all take some encouragement from me and get out and see a bit of the world.

I want to share my amazing experiences from my travels and prove that YOU CAN DO IT, if you are reading this, I want you to get out there and see the world. Just to give you an idea about my lifestyle of travel, since leaving Northern Ireland in 2003 I have: 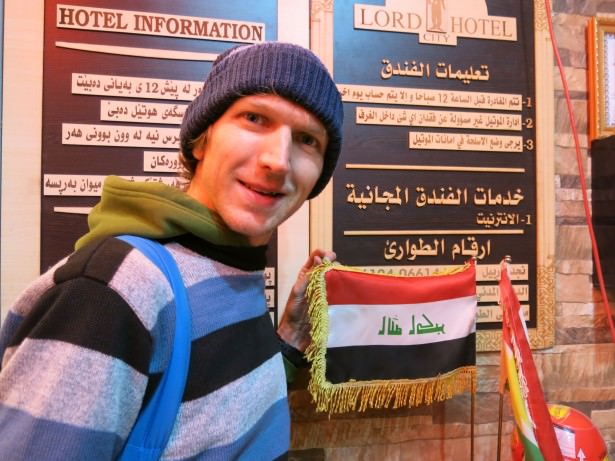 – Backpacked in Iraq
– Watched the greatest show on earth – the Mass Games in Pyongyang, North Korea
– Climbed to the peak of Mount Kinabalu in Malaysia (20th highest mountain in the world)
– Celebrated visiting 100 countries (Tunisia completed the century)
– Dated in the former free city of Danzing, in the oldest restaurant in Gdansk, Poland
– Become the first tourist to backpack in Austenasia 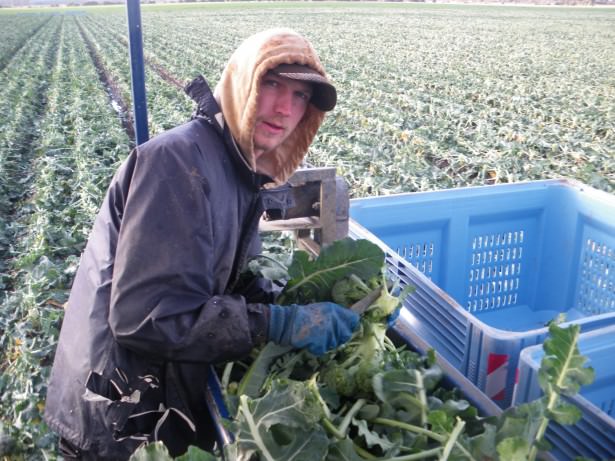 One of life’s better jobs – working on the world’s first broccoli harvester in Cressy, Tasmania.

– Worked in PR for Apple
– Visited the stadium where Diego Maradona did the Hand of God
– Spent Christmas morning at Machu Picchu
– Milked cows in Colombia
– Attended the World Cup Final in Rio de Janeiro, Brazil
– Got drunk with International Footballers
– Crossed the border into North Korea
– Met Roger Federer
– Worked in an Irish Pub in 3 different continents
– Witnessed a live fireball fight in El Salvador
– Released an eBook dating back to my first travel journey in 1991 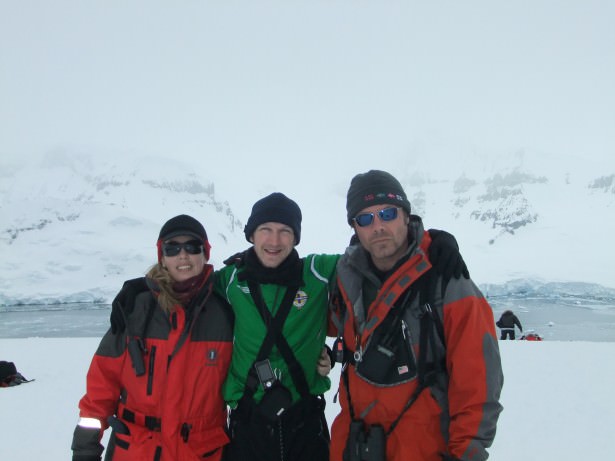 – Had my own FM Radio show
– Crossed the equator by foot
– Visited the British Base at Port Lockroy in Antarctica
– Ridden on the world’s longest train – Choum to Nouadihbou in Mauritania
– Been chairman of a highly successful football supporters club
– Got paid to travel
– Toured Rural Kyrgyzstan
– Stayed in a Kibbutz in Mizra, Israel
– Lived with a Chinese family in Lam Tin, Hong Kong
– Flown my travelling Northern Ireland flag in over 1,000 locations spanning 7 continents
– Worked on the world’s first ever broccoli harvester in Tasmania
– Got spanked in Lviv, Ukraine
– I’m a published author. As well as my own websites and e-Books, I have written a chapter on Belarus for Shaun Schofield’s Book Albania to America, in 2010. I contributed to a book on the Green and White Army in 2008 and I have contributed to eBooks from Next Stop Who Knows and Crossing Borders in South America. 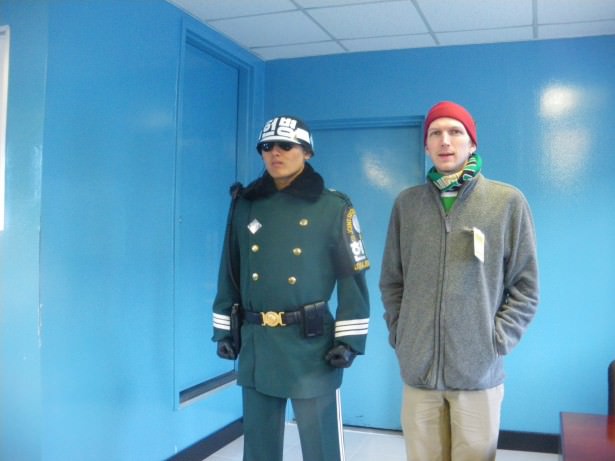 Crossing the border into North Korea at the DMZ in 2011.

A few of my slightly crazy or wacky travel stories: 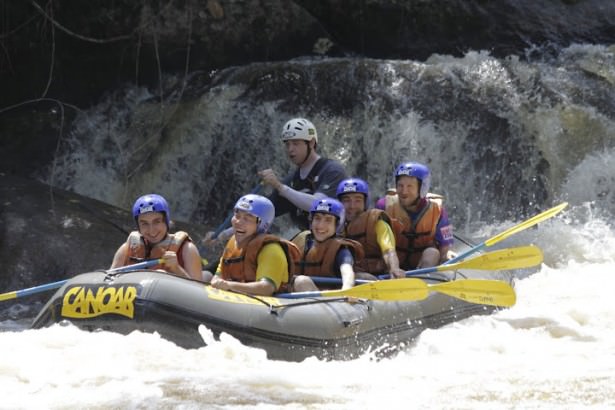 I went white water rafting in BRAZIl at Juquitiba!

These are my Regular Features on Don’t Stop Living which are updated daily!

There’s also my own Travel Timeline from the last 12 years which gives a rundown of where I lived, worked, travelled and studied each year. Aside from this, there is also the option of making money from your travel blog…

So I really hope you can feel encouraged or inspired to get out and see the world. Like I said before, I’m just a normal guy from the seaside city of Bangor in Northern Ireland living my travel dreams and seeing the world while I can.

So there’s is nothing stopping you from living a lifestyle of travel!! Get out and see the world!! 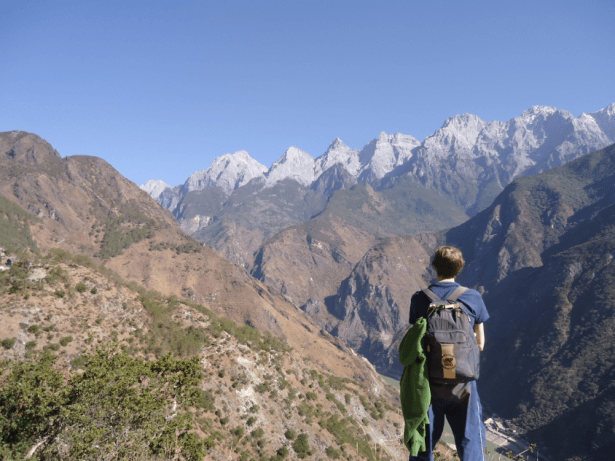 45 thoughts on “A Lifestyle of Travel”