Yes, there was that silly night when I fell asleep on a bus, got locked inside, and slept in it until the morning. My crazy stories haven’t all been told yet of course and I was just reminiscing about the night I ended up getting locked in a public bus in Australia. Please note alcohol was involved…and to this day I have NO idea where the bus was when I woke up. NO IDEA. 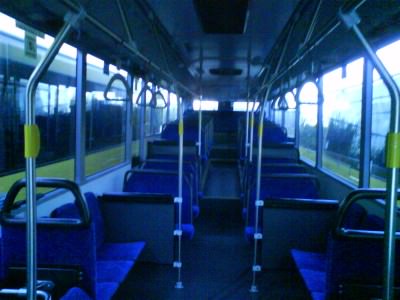 The bus I slept in. I was locked in. I couldn’t get out.

It was January 2010 and I was based in Parramatta on the Western edge of Sydney. I shared a room in a flat there with Daniel and Neil, 2 of my best mates. I worked in the local Irish Pub as a barman. I heard via Facebook that my old workmate, Beach Chris (his real name was Chris Downing but I had about 5 mates called Chris at the time so they all got given individual adjectives) was in town. I had the Monday night off work so we arranged to meet in one of my old haunts, O’Malleys Irish Pub in King’s Cross, Sydney. I loved Monday nights out in the land down under. By default it was normally my night off work. So being the Irish pub barman that I was I decided to spend my only night off work in another Irish pub. I’m fine with the irony… 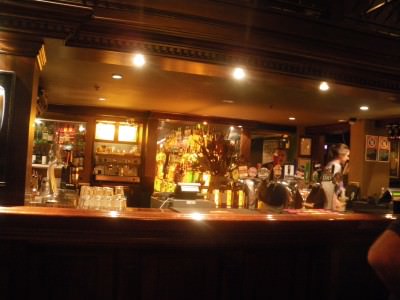 O’Malleys Irish Pub in Sydney, Australia – one of my old haunts.

However they did massive jugs of White Stag or Tooheys New for $10 AUD during Happy Hour. A bargain! Plus they had a pub quiz on a Monday, a quiz me and my mates once won. One of my room mates, and best mate Millwall Neil worked in Darling Harbour so we agreed to meet early on. That was probably a mistake. Pub crawl it was, but I started the day doing some sightseeing, taking some photos on my stroll of Darling Harbour and visiting the free Maritime Museum. It was just a normal day in the life of a backpacker! 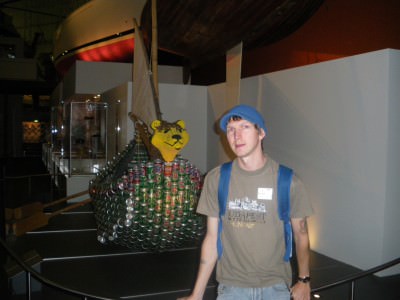 The day started as a normal backpacking one – me in the Maritime Museum in Sydney.

But after touring the Museum, Neil had finished work so the pub crawl could begin…looking back it was actually the only real day of pub crawling Neil and I did in Sydney. Well except for the New Years Eve crawl…We had lunch and a beer on one of those boats docked in Darling Harbour. Kind of “living the dream” in fact. Then we headed on a pub crawl before ending up in O’Malley’s to meet Chris around 6-7pm I think. 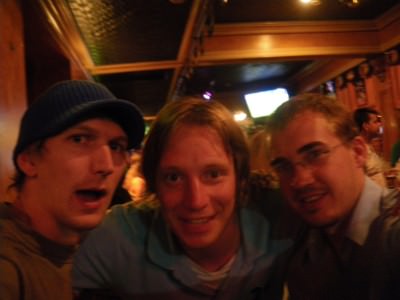 Partying in O’Malleys in Sydney with Beach Chris and Millwall Neil. I didn’t have an adjective.

It was a great reunion with Beach Chris, a textbook night of drinking with my best mate Millwall Neil and by complete chance I met a Groomsport Girl working in the bar there. It was Zara Steele – I was sure I had crossed paths with her before in Northern Ireland, but anyway it was a fab night. We didn’t win the pub quiz but we drank a fair bit! Beach Chris went back to his hostel. Millwall Neil went home before me as he had work in the morning and I ended up waiting in a queue at Sydney Central for the nightbus to Parramatta as I wasn’t working until 5pm the next day. It was just my normal night bus. But if you fell asleep on it, you could end up all the way to the last stop. Obviously that sort of shit never happens…

The bus was delayed so I decided to pop into the bar by the bus stop for one more beer. I was knackered from working the last few days and totally drunk from the pub crawl. I saw the bus I wanted coming and out I went. I got on the bus, paid my money and fell asleep.

That was it. Next thing I know is I WAKE UP ALONE and LOCKED IN A BUS. It’s pitch black. Completely dark, I have NO IDEA where I am and I cannot get out of the bus. Obviously I could have used the hammer and smashed the window, but I didn’t know where I was. I didn’t want to get arrested or set off any alarms. The only thing I could think of was to go back to sleep. I was asleep on the back seats of the bus when I woke up – that much I remember. 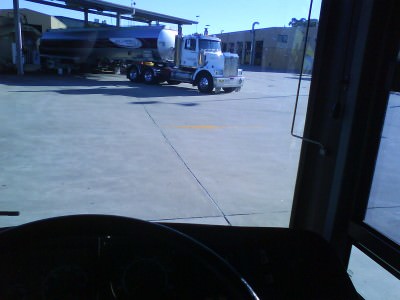 So I went back to sleep and woke up again a few hours later just as it was getting bright. I was IN A BUS DEPOT. The driver had locked me on the bus, either:

2. He meant it – he saw me asleep on the back seats and thought it would be hilarious to LOCK ME in there. It was. I’m writing about it now because even I find it hilarious!

3. He meant it – but thought I’d be better off sleeping in the bus than him waking me up to tell me I’m in the middle of nowhere. So he let me sleep!

4. Some other reason. – Answers on a postcard. 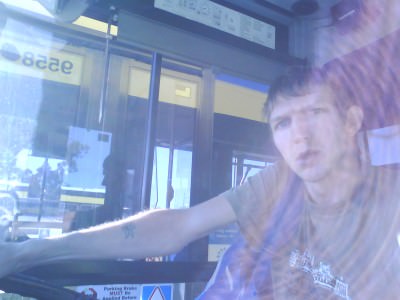 In the driver’s seat early morning trying to find the door release button without triggering off an alarm!

How did I get out of the bus in the end?

When I woke up for the second time, I looked all around to see what was outside – I was in a massive bus depot and all around it were trees and grass land. Plus the Big M of a McDonald’s Restaurant, which gave me hope that at least I was somewhere near where people actually lived and worked. After sitting in the driver’s seat, looking for buttons to open the doors, checking all doors and windows for a slight gap that I could escape from, looking for an emergency button which wouldn’t cause an alarm etc. etc. my best option in the end was to find an alive human outside somewhere. I just ended up banging on the doors and beeping the horn around 6am when the sun had come up. Low and behold an early morning worker to the bus depot arrived. At first he walked around and didn’t even notice me, then he saw me jumping like a maniac in the driver’s seat! 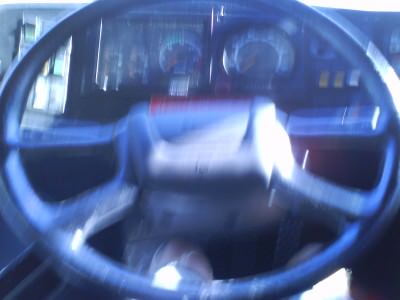 Behind the wheel on the Sydney bus trying to work out how to get out without setting off an alarm.

He looks over at me bewildered, comes over and shouts in at me. I told him the story and he just laughs and says “no worries mate! Late night was it? On the booze?”, and he tells me he has to find the key. He goes and gets the key…and I get let out around 6.30 am into the warm, sunny Australian Air. I still have no idea where I am. The bus depot guy tries to explain it to me – we are somewhere between Penrith and the Blue Mountains!! I was still a bit drunk, completely hungover and I had no idea where I was. I just know I needed to be back in Parramatta by 5pm for my shift in the pub (I made it).

I ask if I can get on the first bus back from this depot to Parramatta (where my shared room was) for free and he says they don’t have any buses to there. In the end I end up getting a free bus to Blacktown I believe and then paying for a bus back to Parramatta. It was crazy. The guys in the bus depot found the episode hilarious!!

While locked in the bus, early morning I had my camera of course so as well as the photos on this post, I made this video when it was now daylight and I was still locked in the bus…The Night I Got Locked in a Bus somewhere in New South Wales!!:

2 thoughts on “The Night I Got Locked in A Bus and Slept in It, New South Wales, Australia”