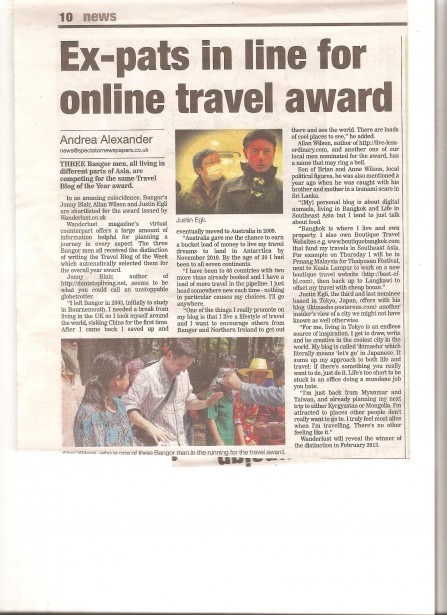 My Working Wednesdays series covers stories from my constantly changing career. For today’s post we head back to January 1998, exactly 15 years ago this week I was working for the local newspaper, the County Down Spectator in Bangor, Northern Ireland. Now obviously writing is something I love doing, so this seemed an obvious job for me. The reason for this post today is that this week, I have just been featured in the newspaper as an “unstoppable globetrotter”!! What an apt title – I laughed out loud when I read it! 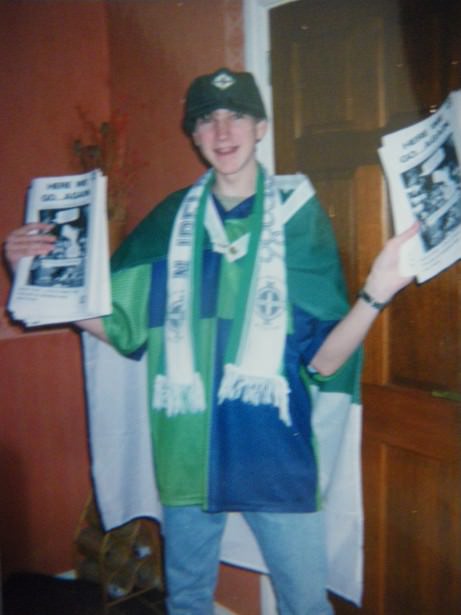 Back in 1998 I looked like this!! I edited, produced and sold my own football fanzine in Belfast, NORTHERN IRELAND (separate from my Journalism Course)

So it was January 1998. I was a student at the time in Belvoir Tech in Belfast (now non-existent) and I was doing an NVQ course called Media Techniques and Competences. I had my heart set on a career in newspaper or magazine journalism, so I arranged work placements at three top local media outlets:
1. The BBC in Belfast
2. The Belfast Telegraph (Northern Ireland’s National Newspaper, at least at the time)
3. The County Down Spectator (Bangor and North Down Newspaper)

In my spare time I wrote or music fanzines and edited and sold my own football fanzine, three times a year at Windsor Park in Belfast, for Northern Ireland home matches. Working at the local paper gave me a flavor for the big world, and I enjoyed it.

I wrote articles about badminton and rugby. I edited countless other articles and press releases, working alongside a variety of local journalists. I will not remember any of them except for John Monaghan and Ruth Dowds. Those two stick in my mind – they won’t remember me either – but my name came up a few times in articles in the paper. I wasn’t getting paid at all, but got to attend a few events with the guys at the Spectator and some valuable experience. Where life took me after that was completely different. 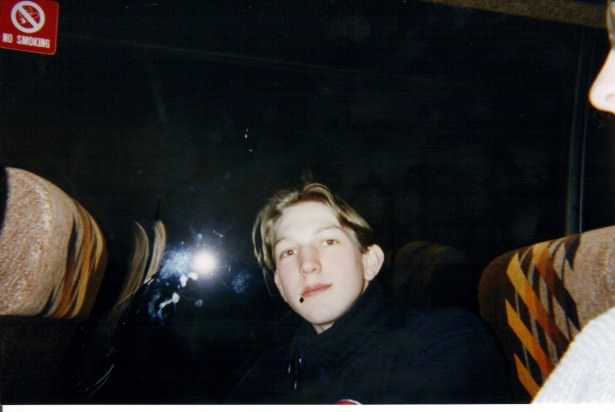 While I worked in the local paper and studied, I also did some travelling – on a bus here to Dublin back in 1997…

Even in 1998 I travelled – OK so I only went to Scotland and the Republic of Ireland, but I was working in the local shop at the time and didn’t have a lot of time, money or experience. In September 1998 I passed my journalism course with flying colours before spending the next 4 years working in local shops, pubs, banks and offices. I never became a journalist. 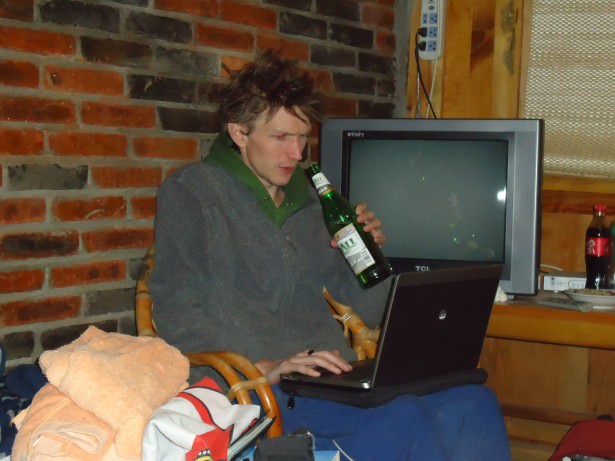 OK so I didn’t go on to become a journalist, but I’ve been in two books and I write about my travels EVERY DAY! Relaxing with a beer here in the mountains of China!

But you’re reading this! So 15 years on, I have become a travel writer, so those weeks spent working in the local paper count for something. It was nice to be featured in it this week – if you live in North Down, you can pick up a copy from your local shop. I’ve also scanned in the article onto this post.

Journalist? No. Travel Writer? Yes – it really is a lifestyle of travel for me. I type this on a train to Guangzhou in China, having just booked yet another two trips!

ON a final note, the article in this week’s County Down Spectator also included two fellow Bangor travel bloggers and came about because all three of us were nominated for Wanderlust Blog of the Year, you should also check out their excellent blogs here:

And don’t forget my excellent A Lifestyle of Travel inspiration post!

If you want to read the full article then buy this week’s County Down Spectator from newsagents in Bangor and North Down, Northern Ireland. This is their website: Spectator Newspaper . Working Wednesdays is a regular feature on Don’t Stop Living – a lifestyle of travel.

4 thoughts on “Working Wednesdays: Journalist for my Local Newspaper!”