“Nobody knows, yeah nobody know-ow-ows the way it’s going to be” – Noel Gallagher. 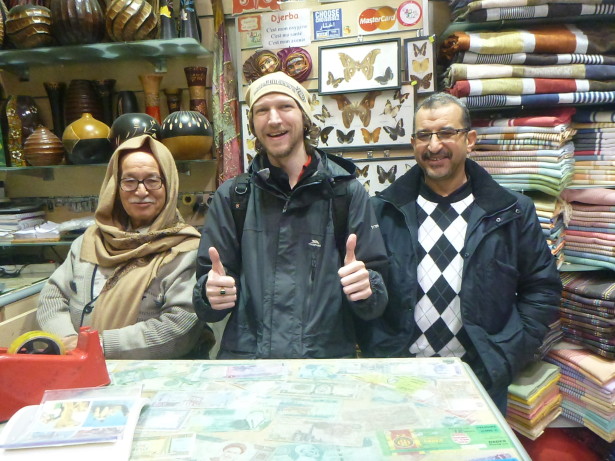 So the time finally arrived, it was the 27th March 2015, and I was aged 34 living out a childhood dream, to not just travel the world but to properly visit 100 countries (and counting). I boarded my flight in Rome after touring the Vatican City State and a couple of nights in the Hotel Papa Germano and within an hour and ten minutes I had become a backpacking centurion. A century of countries, a decade of decades, hunderd (if you’re Northern Irish you’ll understand), 100. Tunisia ended up being my sixth African country, my one hundredth country and marked my third appearance in Africa. Going by FIFA lists, I had cracked 100 real countries (on the Traveller’s Century Club list I’d actually cracked it with Andorra in 2014 and since those days, I started adding in extra countries as real countries – by 2018 I was on a count of 161). My 99th country was also special, as I met World Traveller Gunnar Garfors in Norway for it. But here’s an overview of how the day unfolded when I could officially say I backpacked 100 countries. #backpackingcenturion 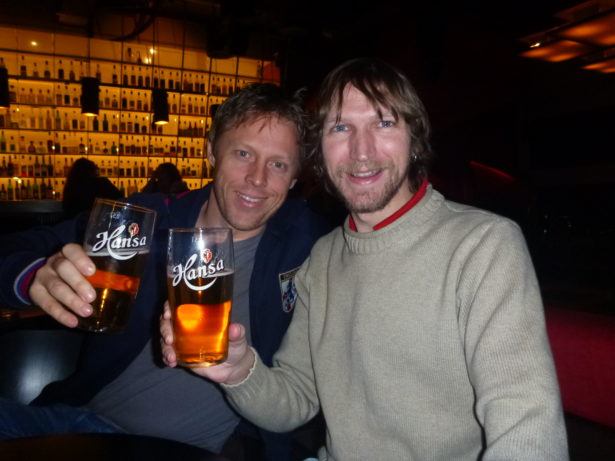 Gunnar Garfors and I celebrate my 99th country in Oslo, Norway in 2015.

“Give me just a smile and would you make it snappy, get your shit together girl” – Noel Gallagher. 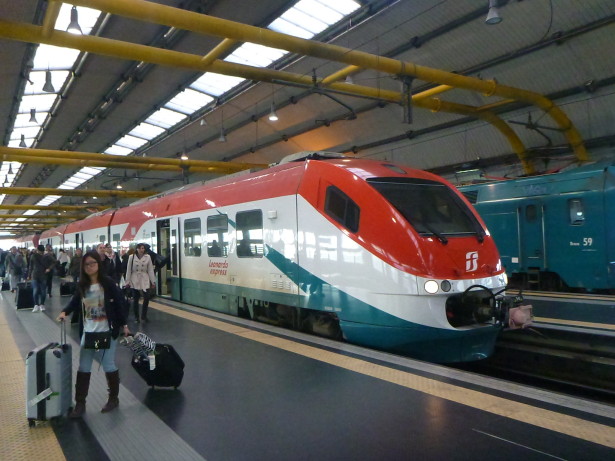 Rome Termini Station – getting a train to the airport

I met my girlfriend Panny at the airport and we got ready to board. We were flying with Ali Italia – my first time to use them. 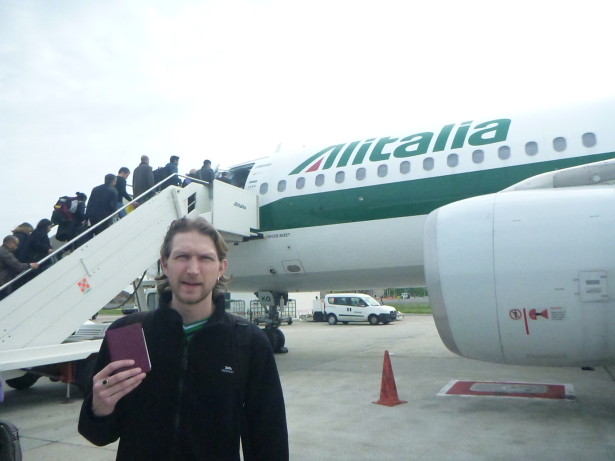 Arriving in Tunis, Tunisia
The flight was quick and a bit shaky on arrival. This was because there were massive winds in Tunis (which we later learned about!). We touched down on Friday March 27th around mid-day in Tunis and I was now a backpacking centurion. 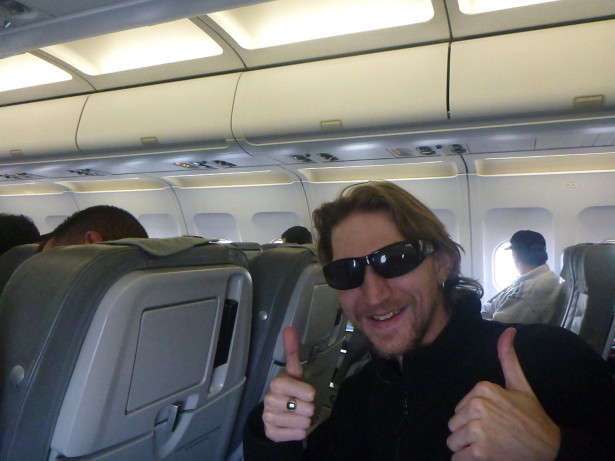 Arrival in Tunis on the flight 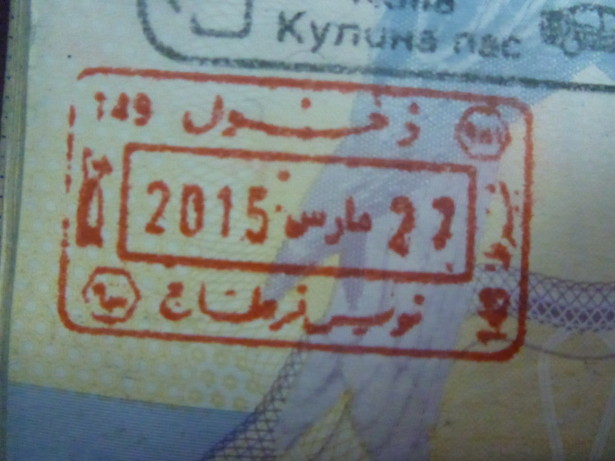 We got our bags (eventually), changed our money from Dollars or Pounds into Tunisian Denars and then waited for Ayoub, our host. Thanks to Couchsurfing! Here are some photos of our arrival into Tunis, Tunisia. 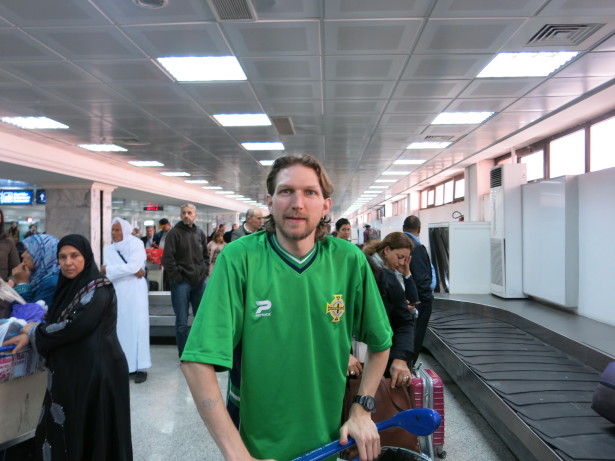 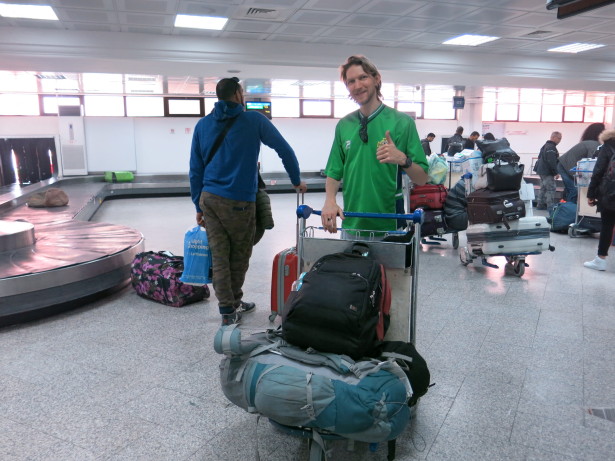 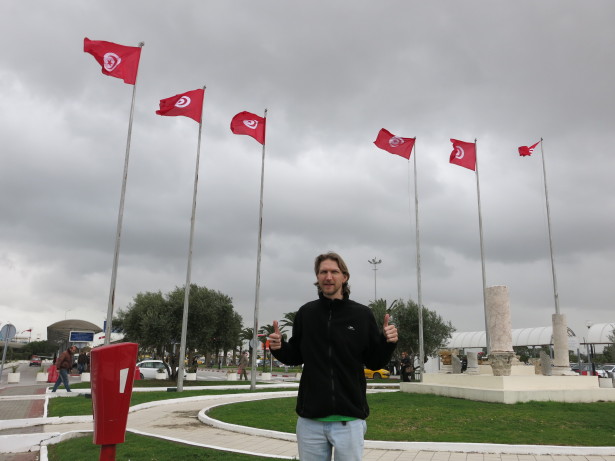 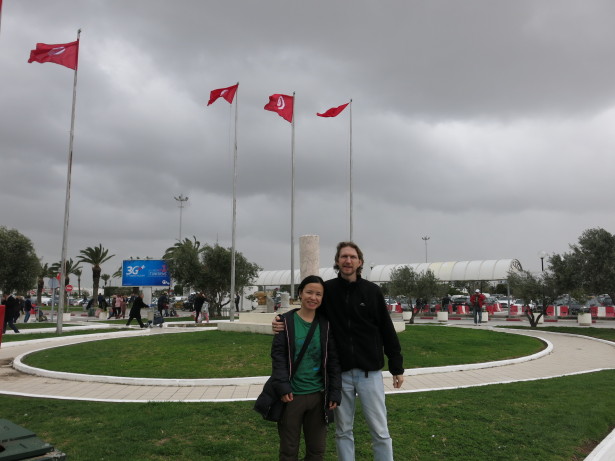 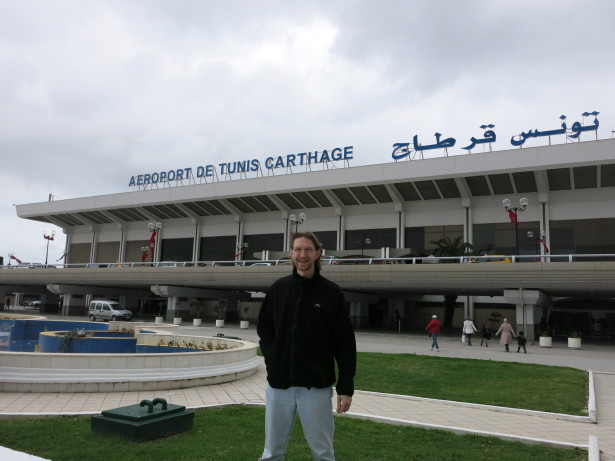 My First EVER Couchsurf
To celebrate 100 countries, I could have gone swanky 4 or 5 star, hostelled it or camped out. But that would be too obvious. I’m a backpacker at heart though so it had to be something worthy of it. I didn’t backpack my way through my 99 previous countries to change into a posh traveller overnight. But there was one obvious thing as a traveller that I hadn’t yet done – Couchsurfing. So I decided for the first time ever to try couchsurfing. This made things a bit more special for me. And yes you might not believe that I had never couchsurfed before, but despite registering on their site in 2009, I hardly ever logged in. 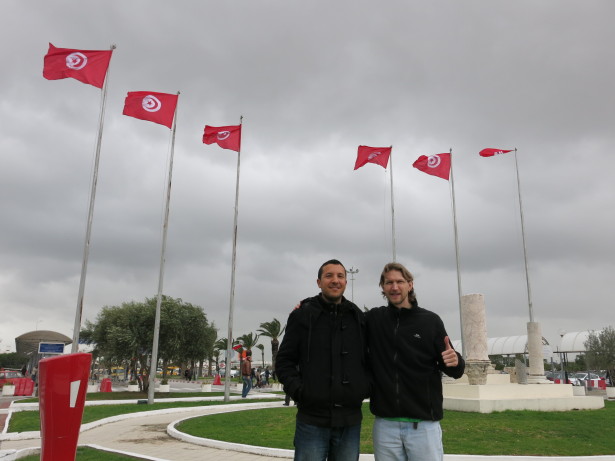 Our host Ayoub met us at the airport and he lived conveniently close to the airport so we shared a taxi (we paid cheap local rate – around $1 US) and arrived at block number 10 on one of the streets in an estate known as Olympic City. Panny and I had our own room on the top floor in Ayoub’s apartment. 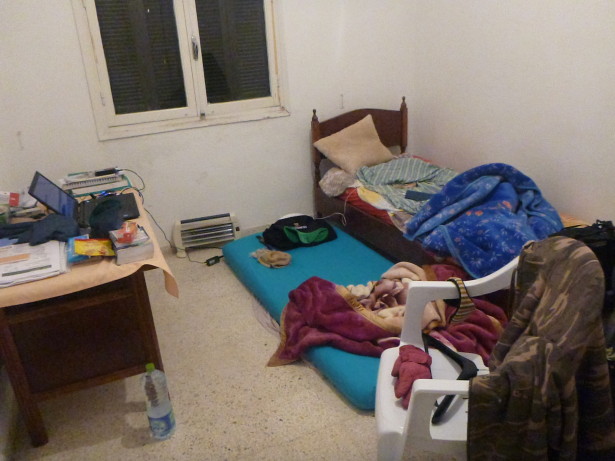 Our room in Ayoub’s place in Olympic City, Tunis

Our first meal in Tunisia
We decided to head with Ayoub for a cheap local meal in a restaurant around the corner from his block of flats. We were staying in one of the suburbs of Tunis. We ate Kafteshgi with bread – it’s like tuna salad and a speciality in Tunisia. 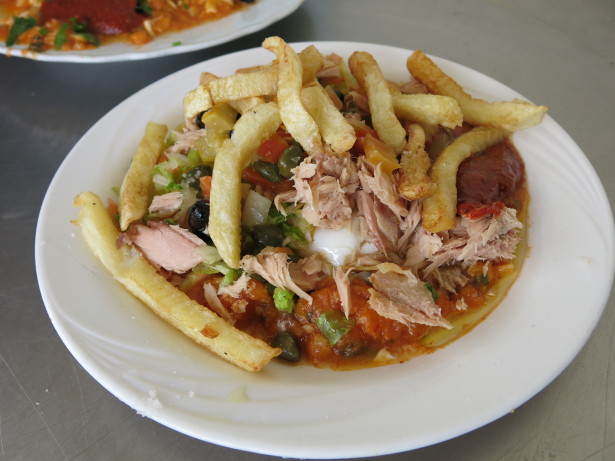 Ayoub and I eating Kafteji in Tunis

Night Out in Tunis, Tunisia
After a power nap in the afternoon we were ready to explore Tunis. Ayoub took us downtown on the metro system from his place (El Khadra station) and we had a great night. We saw some local music, I had my first ever Tunisian beer and toasted to the celebration in the Hotel Hanna Bar, we watched a peace gig (“occupy one street”) and also somehow managed to gatecrash a wedding. I was absolutely knackered. Travelling to 100 countries had taken its toll and I fell asleep as soon as my head hit the pillow. Here are some photos from the night out: 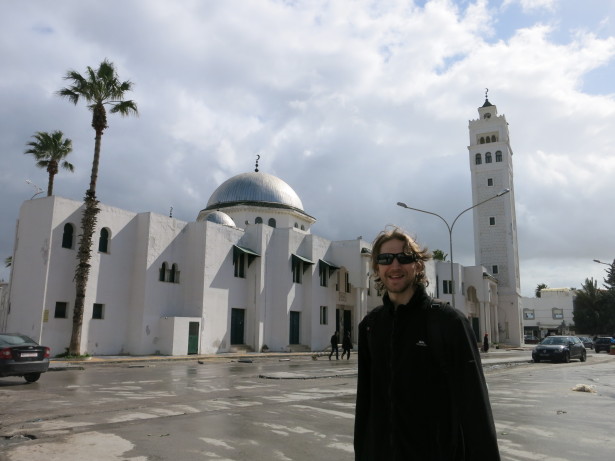 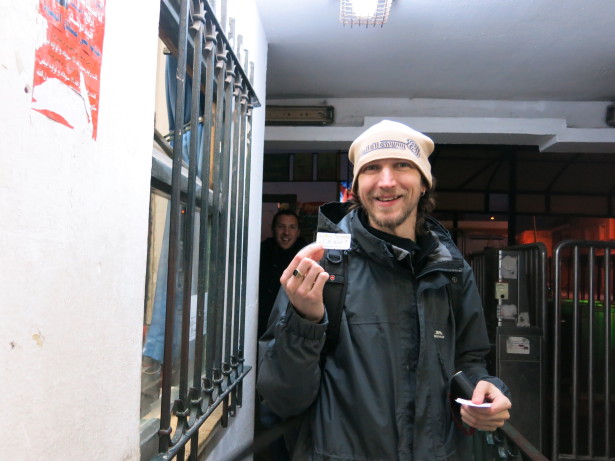 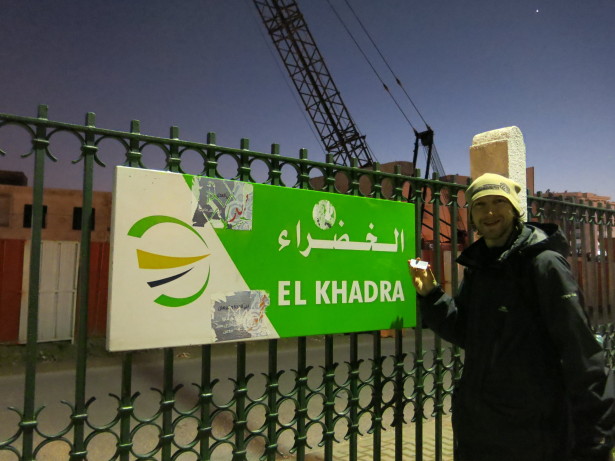 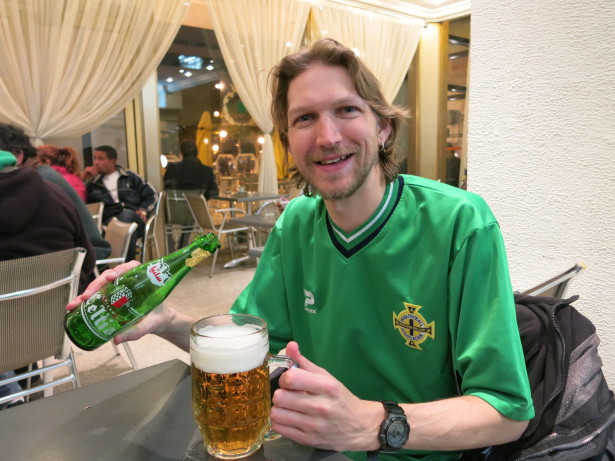 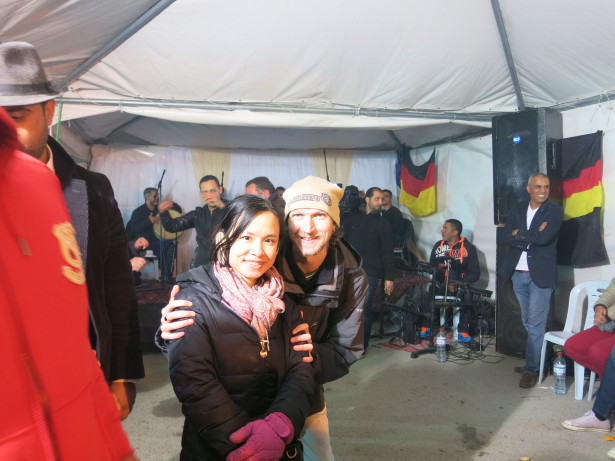 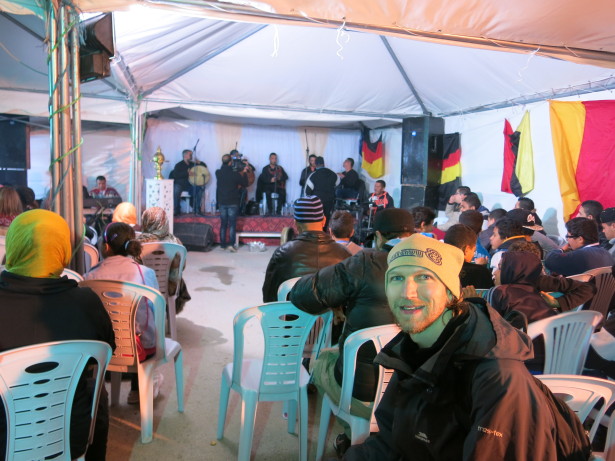 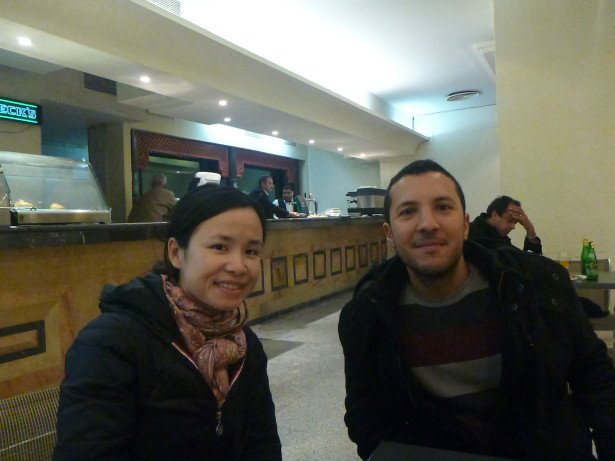 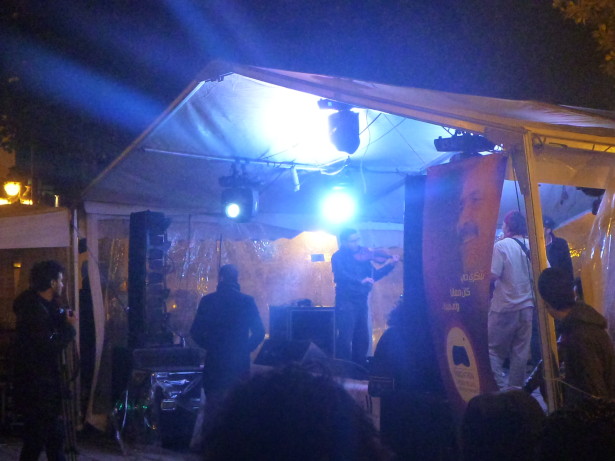 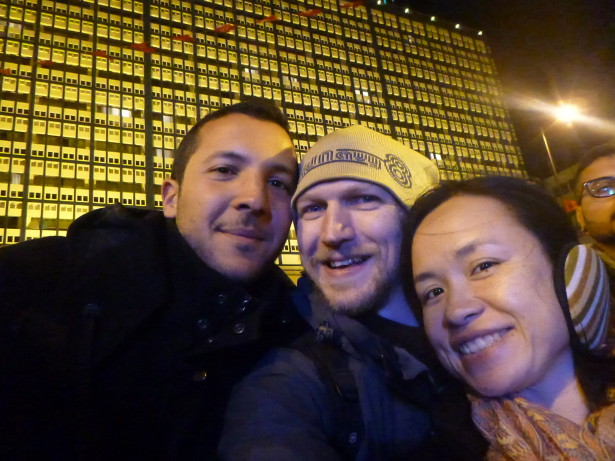 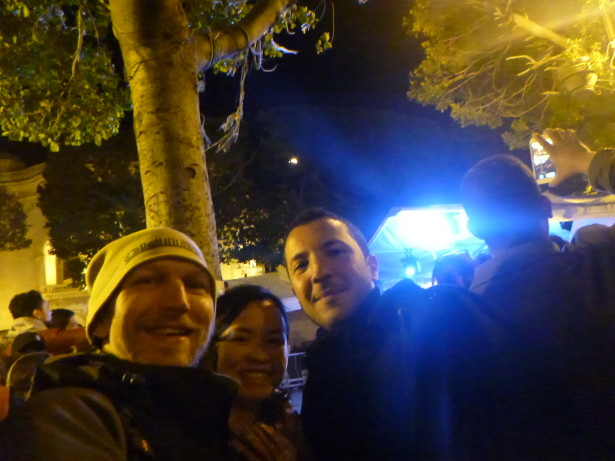 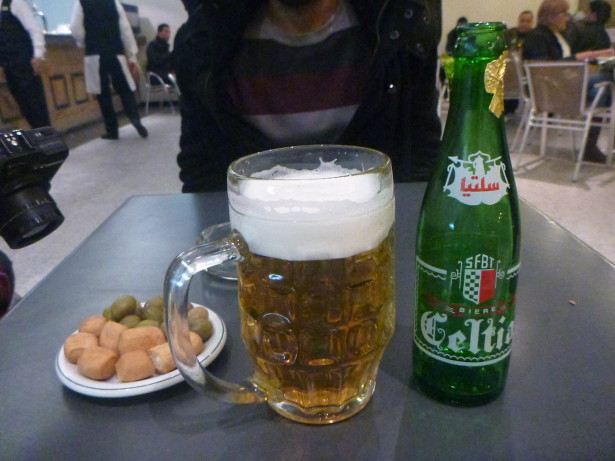 A century of countries, Panny Yu and Ayoub.

“I won’t cry for yesterday, there’s an ordinary world somehow I have to find” – Duran Duran.

Here are some videos from the day I became a backpacking centurion:

Here is a full list of countries I have been to:

26 thoughts on “Backpacking Centurion: 100th Country and a Great Night Out in Tunis, Tunisia”