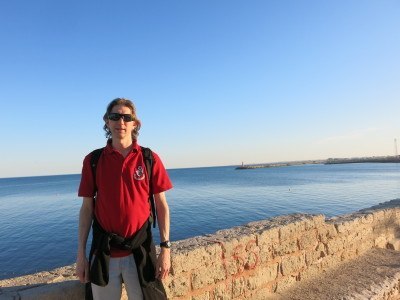 I’ll continue to type up the rest of my posts from Tunisia, despite the fact that in all honesty it is a dirty, over-rated and disorganised nation. So much so that our friends there and our couchsurfing hosts also admit that, and they dream of escaping their native land to earn money abroad. We toured a lot of the country in 9 sharp days where I also celebrated my 100th official country on my travel journey. After enjoying the wonders of Monastir, the chaos of Tunis, the history of Carthage, the inland appeal of Kairouan and the touristic Sidi Bou Said, we headed on a train on the east coast, south to the town of Mahdia. 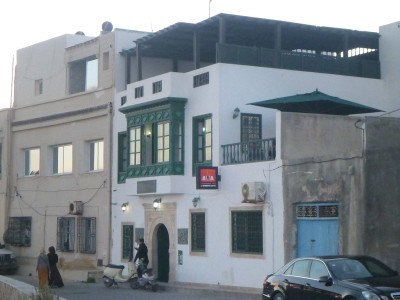 To visit Mahdia, you can do it on a day trip easily. We were based in Teboulba at the time and staying with Wicem our Couchsurfing host. To get to Mahdia from Teboulba (or Monastir/Sousse) I recommend getting the train (though buses and minibuses are also a good shout). The train is slow and cheap. A ticket cost 2 Tunisian Dinars from Teboulba to Mahdia and handily Mahdia is the last stop on the line. 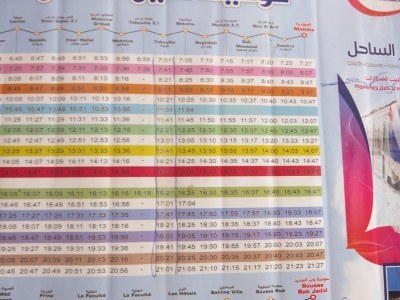 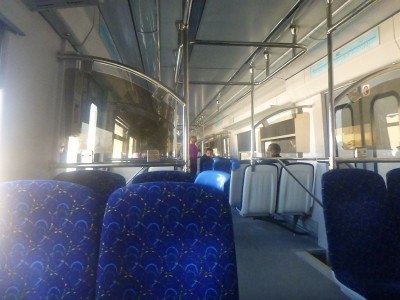 The fucking train to Mahdia

Once you arrive at the train station in Mahdia, everything seems walkable, at least all the main sights we wanted to see. Mahdia is actually on a peninsula with juts out into the Mediterannean Sea. So although you are in Africa here, you could just as easily mistake the joint for Greece, Italy or Montenegro. Work your way through this easy seven sights then get on the next train or bus out. 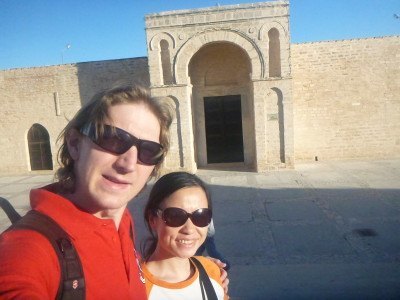 Touring the sights of Mahdia in Tunisia

1. Mosque of Mustapha Hamza
Mosques become a way of life when you backpack through Islamic countries and Tunisian towns and cities are no different. The Call to Prayer rings out eloquently for sunset and there are a few first class Mosques in Mahdia to check out. Starting with the green, white and biege coloured Mosque of Mustapha Hamza. 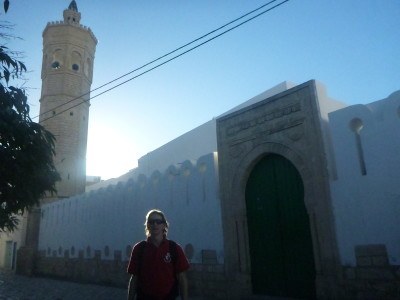 The Mosque of Mustapha Hamza

The Mosque of Mustapha Hamza was built way back in 1722 during the Turkish times and sits opposite the main square and on the edge of a dirty cobbled market street. 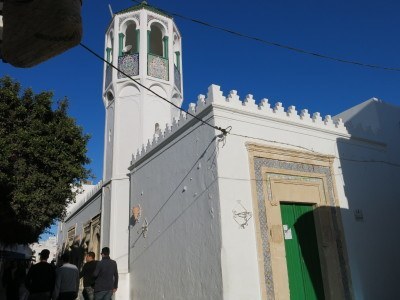 2. Borj el Kebir (Fortress)
Right by the sea sits the ancient Borj el Kebir fortress. It’s quite pricey at 7 Tunisian Dinars and not exactly spectacular, but you’re only going to be here once, so why not. But seriously – just leave it out if you’re on a tight budget. Apart from decent views and some history, it’s not a great sight to see. 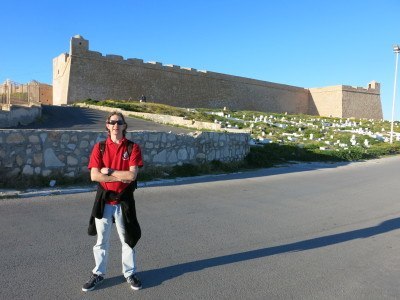 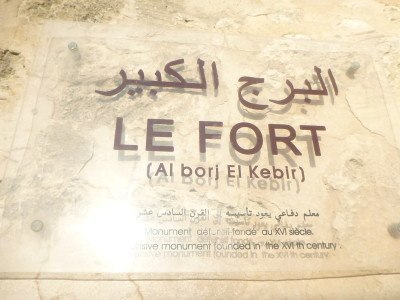 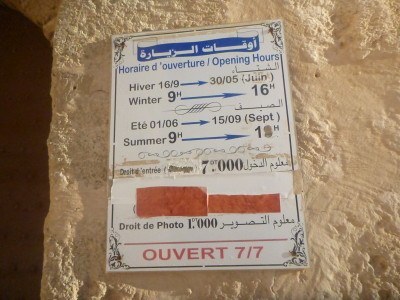 3. Place du Caire
Place du Caire is an outdoor main square in the town which is full of trees and has a few tea shops and restaurants. Though eerily quiet when we were there with just a few kids playing football. 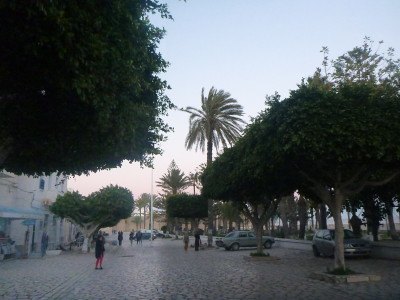 4. Grande Mosquee
The main Mosque may not be as obvious as the Mustapha Hamza Mosque but it’s definitely the most important one for Muslims. It doesn’t actually even look like a Mosque from the outside! 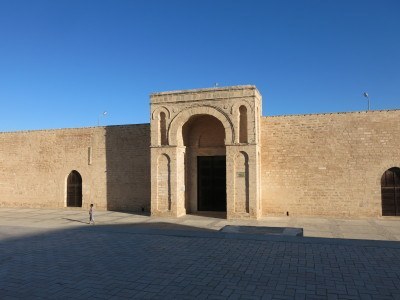 The front entrance to the Grande Mosquee in Mahdia, Tunisia

It’s down by the Place du Caire down the steps and it’s housed inside a courtyard, beyond the outer walls. We walked on in for free, though normally I reckon there is a charge for non-Muslims. No photos in the Mosquee part, but the courtyard is fine. 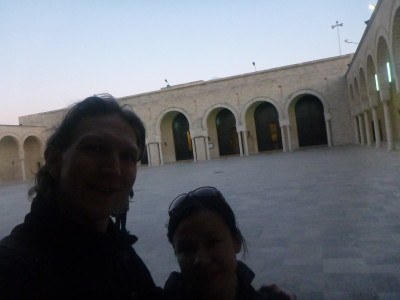 Inside the courtyard of the Grande Mosquee 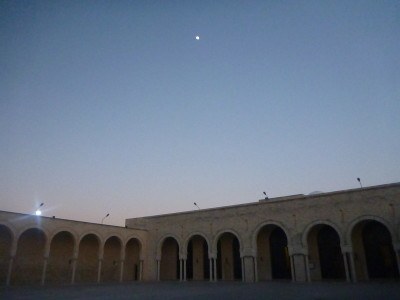 The courtyard of the Grande Mosquee

5. Mahdia Medina
Probably the easiest tongue twister of all time is the Medina in Mahdia. It’s also a very small Medina. A few poky streets, once you enter the entrance arch to the city and some scattered restaurants, carpet shops and general stores. Not much to write home about but still, have a look around it! 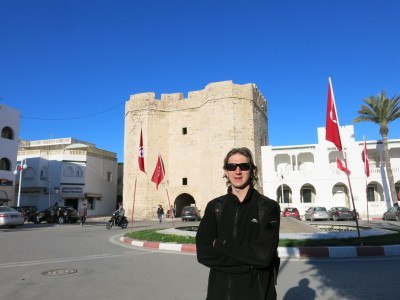 The entrance arch to the Medina in Mahdia. 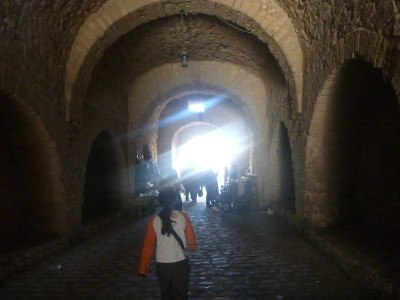 Through the Medina in Mahdia

6. Cafe Sidi Salem
After touring the town’s main sights, it was time for an afternoon coffee to watch the sunset. Cafe Sidi Salem is recommended as it sits right on the sea and has great views. It’s about a 3 minute walk from both the Borj el Kebir and the Grande Mosquee. 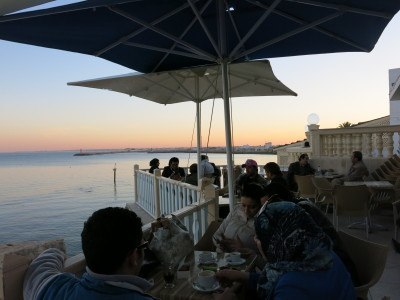 You”ll pay around 2-3 Tunisian Dinars for a coffee or a tea here. Alcohol, obviously is not served here. The only places in Mahdia that sell it are probably the hotels. 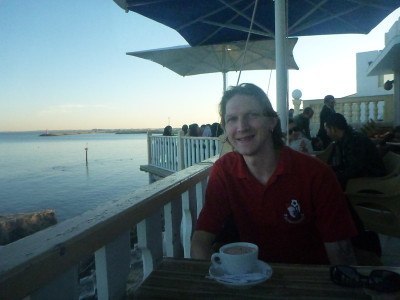 A coffee for sunset at Cafe Sidi Salem

7. Avenue 7 Novembre
This sweeping avenue runs alongside the Mediterranean Sea and makes a perfect place for a leisurely stroll. It’s not touristy at all here and you’ll be the only foreigners around – well worth a walk to admire the views, if nothing else. 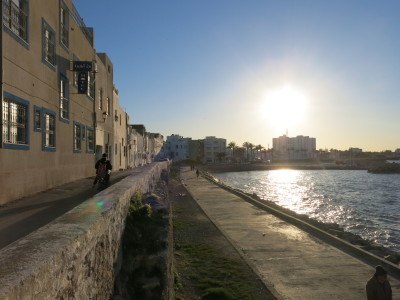 As well as these seven easy sights, there are also of course beaches, restaurants and even a Hammam in Mahdia Medina so I’d say it’s worth at least a day trip or if you want a lonely night away from tourists and locals, you’ll get a quiet night here for sure. 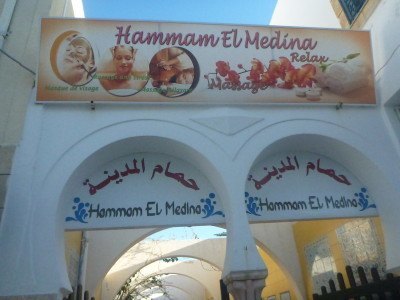 A Hammam in Mahdia Medina

You might have guessed that Mahdia was not the most inspiring town of my travels so far and despite the fact we toured most of it, we didn’t feel there was anything special here. That’s unusual for me, especially as this was one of the untouristy places in Tunisia. Places which I normally find more special.

Here are my videos from Mahdia, when backpacking in Tunisia:

4 thoughts on “Backpacking in Tunisia: Top 7 Sights in Mahdia”