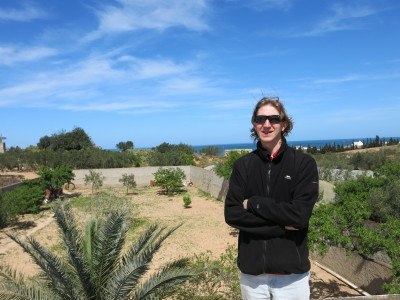 Tunisia was the location I chose for my 100th real life backpacking country. Tunisia was kind of the easy way out which I felt after the crazy first 99 countries, was what we needed. I didn’t want to stress over visas in such a short time frame after hitting up country 99 with Norway. I didn’t have time to plan it, and I didn’t even want to publicise it that much, as people actually read this stuff now. It had to be an African country as it was the only continent that Panny and I had not travelled in together, so Tunisia it was. 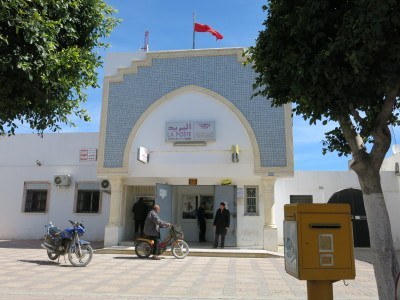 We decided to do Couchusrfing all the way as well, to try something different and special for this celebration. It was my first time to surf on couches (settees) and we stayed with Dhia, Ayoub and Wicem. Wicem’s place was on the edge of a town called Teboulba and this gave us a chance to escape the touristic hubs of Carthage, Tunis and Sidi Bou Said for a few days. 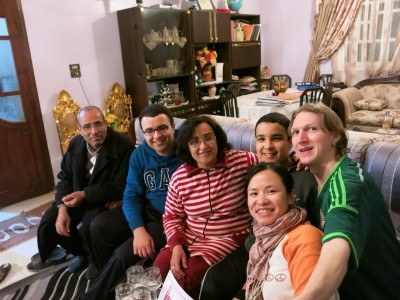 Couchsurfing in Teboulba with Wicem and family

After touring Mahdia, Sousse and sparkling Monastir (in retrospect the Tunisia highlight), we enjoyed the tranquility and less touristic appeal of Teboulba. Teboulba is 25 kilometres south of Monastir and it sits on the coast of the Mediterranean Sea. Arrival was by night, and on train. 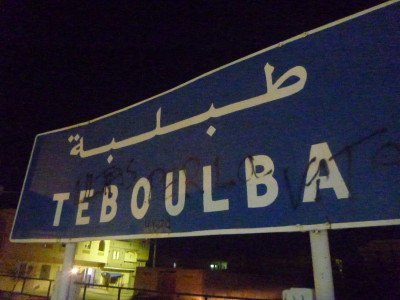 It is a major fishing port and has a population of around 40,000 people. To reach Teboulba you can get the train which is slow, unreliable but at least it’s cheap. Buses are more frequent. We arrived by train and left by mini-bus. So in many ways it was similar to my home town of Bangor. Here are the top 6 things to check out here. 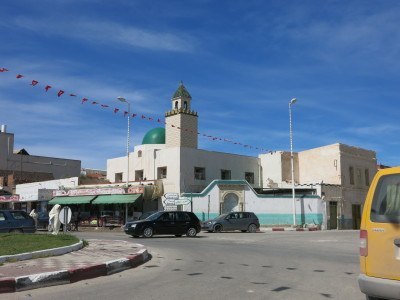 1. Teboulba Fish Monument
Bang in the town centre sits this monument. On a roundabout is  a huge fish sculpture! It reminded me of my time working in Cressy in Tasmania – a town which also has a fish in the downtown area to represent the towns trade. You don’t need to ask why it’s there – Teboulba is a massive fishing port town. 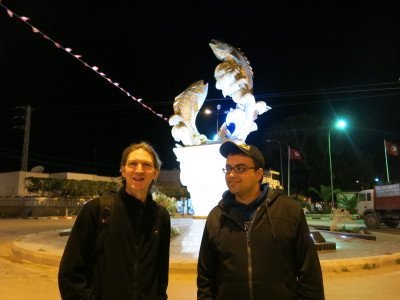 With Wicem at Teboulba fish monument 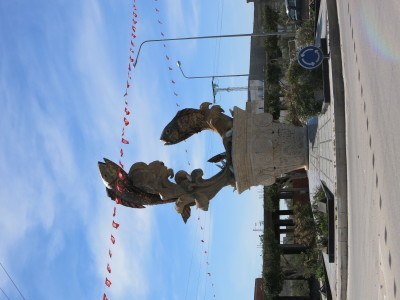 2. Teboulba Fishing Port and Harbour
The harbour is quite a drive out of the town but worth checking out. Our host Wicem had a car and could drive us there. There’s lots of fishing boats and a light beacon (rather than a lighthouse). Great views of the Mediterranean too. 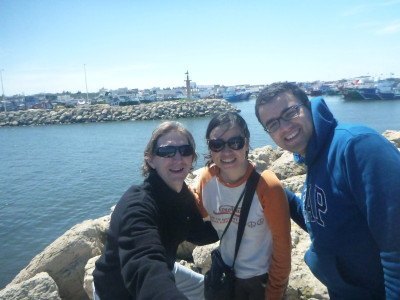 Touring the fishing port and harbour with WIcem. 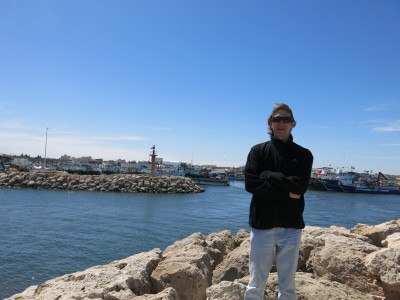 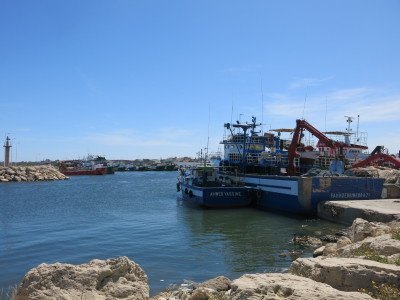 3. Teboulba Beach
Wicem’s family home is only 6-7 minutes walk to the beach (admittedly in intense heat!). The beach sits on the Mediterranean and is a quieter one. I enjoyed the walk down there. 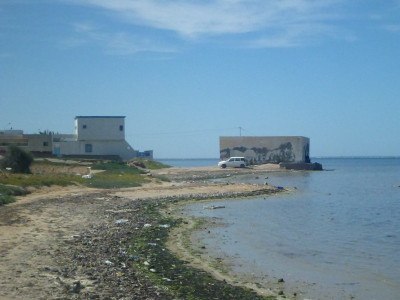 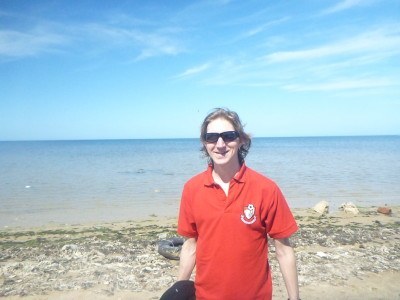 Down by the beach in Teboulba

4. Olive Fields of Teboulba
As well as fishing, Tunisia does well from its olive trade and its orange trade. In fact, Tunisian oranges are some of the best in the world. You will drive past many orange and olive fields while backpacking through the country. 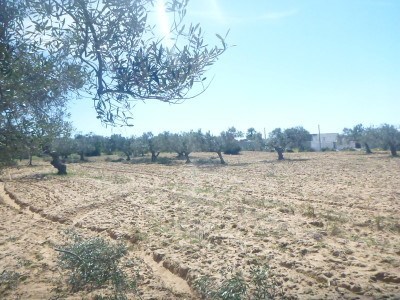 Wicem and his family actually harvest olives (and some other vegetables and fruits) so we went for a walk through the olive fields. Most Tunisians have buckets of olive oil in their homes!

5. Teboulba Mosque (The Leaning Tower of Teboulba)
There are quite a few Mosques in Teboulba and even on the outskirts, but the main one – the prominent one is in the downtown and sits on a roundabout. Wicem told us a story of how the Mosque’s minaret once almost collaspsed, i’s the Leaning Tower of Teboulba as I nicknamed it. Apologies that the photos are vertical, I have tried many times to turn them round. I will never again take a vertical photo on my travels – I hate them. 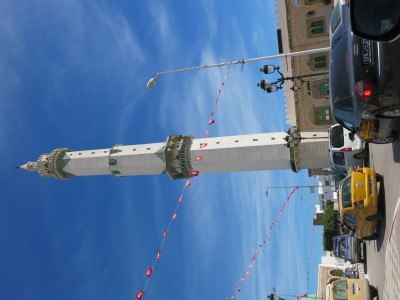 6. Amsterdam Cafe and Bar
We wanted a night out in Teboulba and Wicem arranged it for us. It was a quiet Sunday night though and we headed to the “Giraffe Bar” which was closed and probably one of very few bars in the area that sells alcohol. In the end we went to “Amsterdam Cafe” which had a windmill out the front, showed live sports and was unlicensed to sell alcohol. So we had to settle for orange juice and teas. We met Wicem’s friends in here and had a good night. 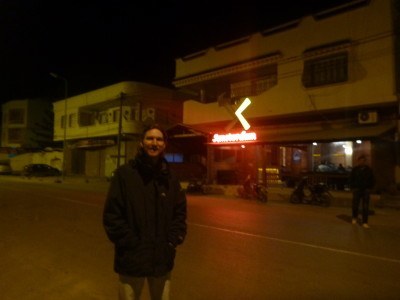 Outside Amsterdam Cafe and Bar in Teboulba 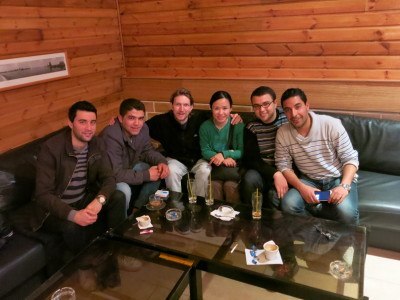 A night out in Amsterdam Bar (sorry Cafe) in Teboulba, Tunisia

Also you’re not supposed to call it a “bar” as it’s just a cafe but when in Teboulba it’s the only thing open late at night so the lads corrected me for calling it a bar! 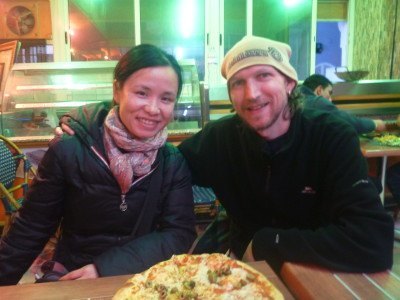 Teboulba is a small untouristy, local Tunisian town. You can get a sample of the Tunisian lifestyle here. It’s not the sort of place I’d want to live in if truth be told, but Wicem’s family were amazing to us and they have a nice relaxed lifestyle here. We loved it. Here are some videos from Teboulba: