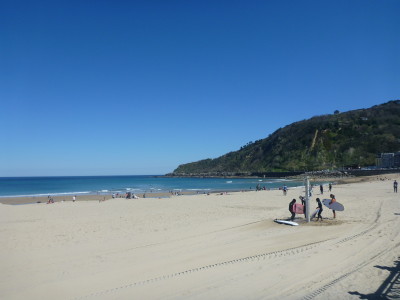 The sun sank over Malaga and I sipped an ice cold beer on my return to Spain after my 100th country celebration in Tunisia and Algeria. I realised that it was back in 2003 when I first backpacked in Spain that there is a part of the culture here that I just love – the easy going way of life. The late night dinners, the afternoon naps and the beaches. I turned my laptop off, headed to the sea and sipped a cold beer. 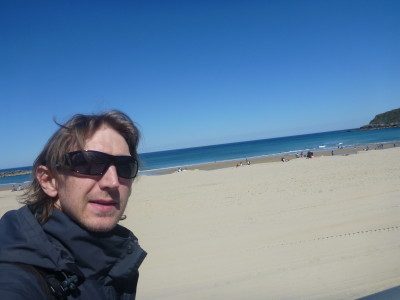 Back touring the beaches of Spain recently

Spain, my friends is a place for backpackers and holiday makers alike. After visiting Barcelona and San Sebastian, I headed to the capital city of Madrid. But it’s the beach resorts that Spain is famous for, so here are my personal top 5.

1. Magaluf, MAJORCA
Back in 2001 when I was a party boy, it was the lads holiday to Magaluf that did it.Nights out with top quality food and drink, some great bars and clubs and some of the best nightlife in Europe is here in Magaluf. Plus if it all gets too much, just head to the beach in the morning to ease off that hangover. 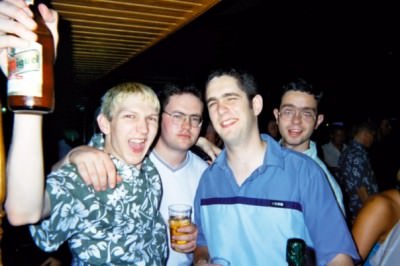 A night out in Majorca’s Magaluf on a trip to Spain back in 2001 with the lads. The good old days!

Magaluf doesn’t appear in most travel guides, however it’s a party zone still and one of the best in Spain, though it’s in the Balearic Islands (Majorca) rather than the mainland.

2. Malaga, COSTA DEL SOL
Malaga is a big city and a perfect location for the Costa del Sol. There are beaches a plenty all along the coast – Torremolinos, Fuengirola and even all the way to Europa Point in Gibraltar. 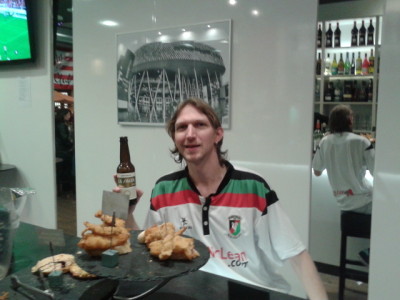 Having a beer on the Costa del Sol

3. Benidorm, ALICANTE
Benidorm simply has to make the list. A pure fire holiday destination famous for summer parties, family retreats and awesome resorts. In fact some of the best all inclusive holiday options are in Benidorm so keep your eyes peeled for offers. As a bit of advice, you can fly into either Murcia, Alicante or Valencia and get airport pick ups sorted easily. 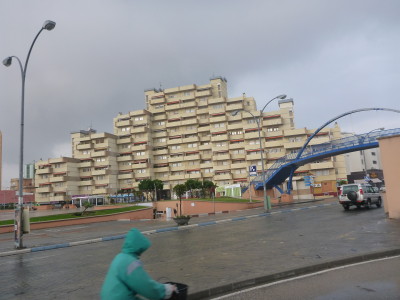 4. San Sebastian/Donostia, BASQUE COUNTRY
Locals may not class themselves as Spanish, but the Basque Country is officially part of Spain and quite simply San Sebastian is a stunning city to backpack round, before relaxing on the beaches here. 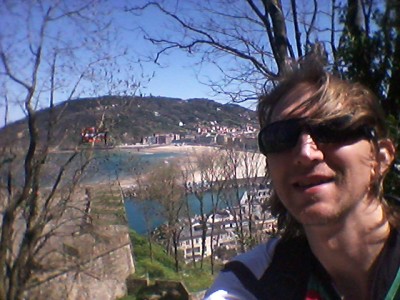 5. S’Arenal, MENORCA
The second of the Balearics to feature has to be Menorca’s S’Arenal. The thing about Menorca is it is the least busy of all the Balearics which means quieter beaches and more relaxation. I’d recommend S’Arenal from my time in Menorca. 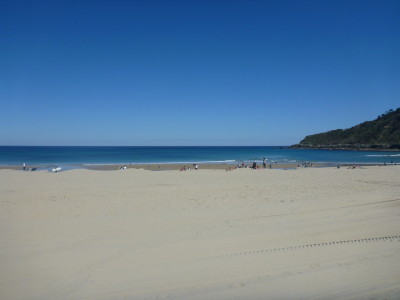 I’ll have some more stuff to come on Spain, Catalonia, Basque Country and also my delve into Gibraltar to come soon!