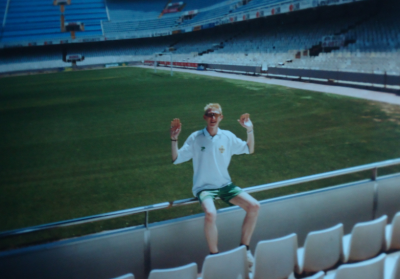 I rarely talk about my early trips around Europe but they have been reignited the last few weeks thanks to the football World Cup in Brazil and the fact I’m visiting Mexico which hosted the 1986 World Cup. You see, the reason for my backpacking in Valencia was so that I could visit the football stadium there – Estadio Luis Casanova. These days it is known as the Mestalla. Here are a few of the things you can get up to in Valencia, aside from the usual stereotypical things in that region such as La Tomatina (tomato festival), Bull fighting and good old siestas! 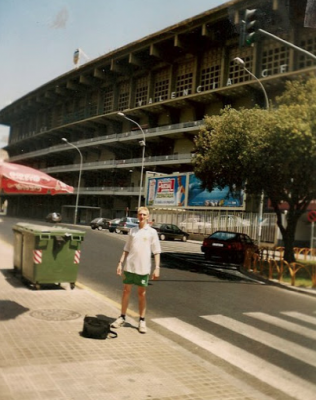 Early backpacking days in Valencia, Spain outside the Mestalla stadium where Northern Ireland beat Spain 1-0 in 1982.

1. Estadio Mestalla (football stadium)
This was my main reason for visiting Valencia. It’s not just a great stadium with a successful Spanish team, Valencia CF, but it has history relevant to me…back in 1982 Northern Ireland (Irlanda del Norte) beat Spain 1-0 here. That’s right – we beat Spain 1-0 away during the World Cup that they hosted!! We won 1-0 thanks to Gerry Armstrong’s 47th minute goal and we won the entire group!

Your eyes don’t deceive you – Northern Ireland won the group in Valencia.

2. Zoo Valencia
Valencia has a cool zoo to check out. It’s a Bio park that aims to provide “reflections of Africa”. An easy option for those who can’t afford to go all the way to a safari in Africa Valencia Zoo.

3. Old City
After Barcelona and Madrid, Valencia is quite probably the third most important Spanish city and its history is clear to see as you walk around, it dates back to the year 138BC. So you should aim to visit the Old City while you’re there, known locally as the Ciutat Vella. The Barri del Carme is ideal for a leisurely stroll. It’s not over flooded by tourists either which helps you get a feel for the place and ultimately means cheaper prices than tourist hub Barcelona! The ancient towers are worth checking out, there are two towers known as the Serrano and Quart Towers. You’ll also find the Cathedral (La Seu) is worth a visit and provides a fantastic view of the city. By the way I apologise for the lack of photos on this post – it was a while back (2003) and I had a 24 maximum exposure camera and only used 8 of them for Valencia, 5 for football alone! Times have changed! 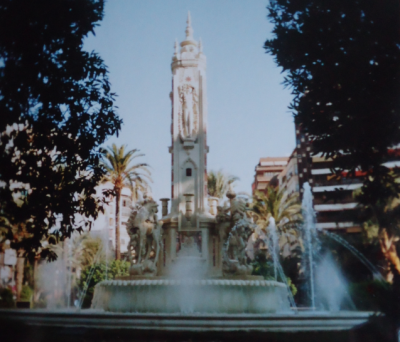 4. Mercado Central
The main market in Valencia is awesome. Fruit, vegetables and all sorts of food and souvenirs to browse around.

5. Drinking
I had a few beers in Valencia and drinking is part of the culture here. Sangria and Cerveza and the city gets busy at night. 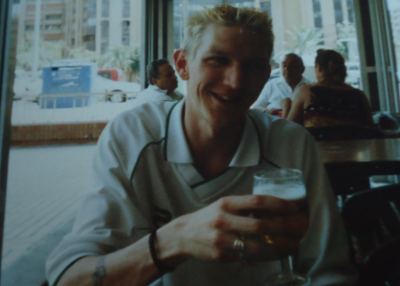 As you can see from the photos (old school wind on camera), this was one of my first ever backpacking trips! If backpacking hardcore isn’t your thing, then it’s easy enough to book shorter trips to such city breaks to Valencia and Barcelona too of course.

I’m not done with Spain backpacking wise, in fact since this article I have been to Barcelona, Madrid, Basque Country and even in and out of Gibraltar and Andorra.

2 thoughts on “Backpacking in Valencia, Spain – Blast from the Past”