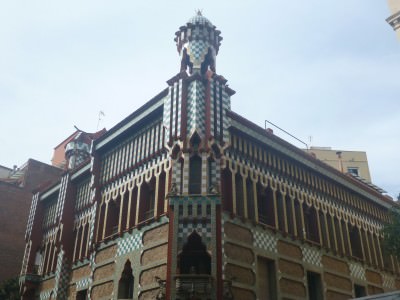 Backpacking in the village of Gracia – Casa Vicens.

Barcelona shouts “tourist city” to me and while I can see the reason why it attracts more travellers than Valencia, I still knew I could escape the crowds and get to some off the wall places. While backpacking in Catalonia I heard about the village of Gracia which is housed inside Barcelona’s metropolitan area yet is far enough away from La Rambla to escape the “4Euro Coffee Clan”. Catalonian life slows down a notch here in culture baked Gracia. Local people will tell you they are from Gracia and not Barcelona. Confusing enough in the autonomous region of Catalonia, itself officially in Spain. 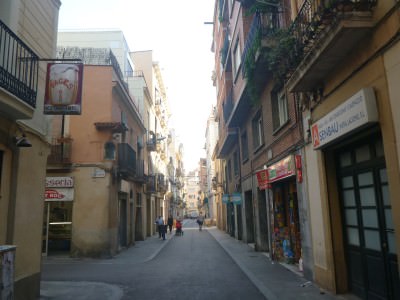 So I embarked on an awesome food tour of Gracia with Devour Barcelona, yet I knew that aside from the cuisine, I could also explore the non culinary side of a proud local village offering an alternative take on Catalonian big city life. Basically the food tour also included a walk through this historic and breathtaking village, Gracia. 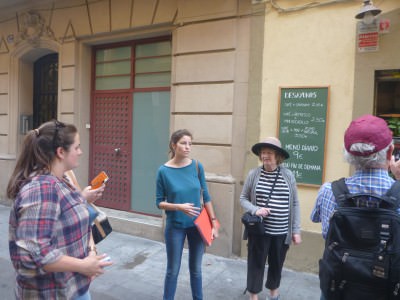 On a tour round Gracia village in Barcelona.

As well as visiting Gracia’s many trendy bars, restaurants and cafes, here are nine cool things to check out when you’re in town to get you started.

1. Placa del Sol
Well literally it means “Sun square” this is a cool place to hang out in the day time and an even better place at night! It’s turned into a famous meeting point for young people and an important site for botellon (i.e. drinking in the street). Have a beer or a Sangria on one of the many cafe terraces, or dinner in a local favourite tapas bar, Sol Soler (Plaça del Sol, 21), and afterwards, a great place to get your groove on is Mirasol (Plaça del Sol, 3), a bar that boogies all night long. 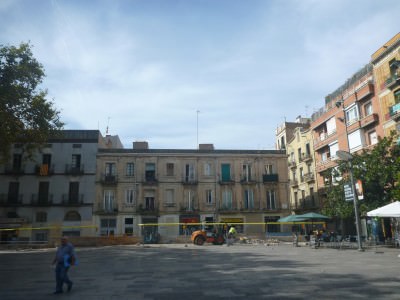 Amusingly there is also an incorrect sundial here in Placa del Sol. Back in the Franco times, the Spanish ruler made sure that Spain had the same time zone as Germany (allies with Hitler and all that) and as a result, Spain had to go one hour ahead. This means the sundial here in Gracia, is always one hour wrong… 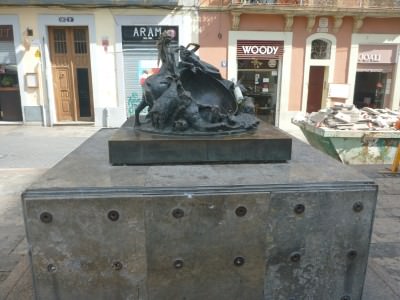 2. Mercat de L’Abaceria Central
The local market in Gracia is great as it’s not touristy, full of local stalls, not overpriced and not too busy either. This tranquil market offers a fine selection of local cuisine, two of the stops on my Gracia food tour were inside the market. 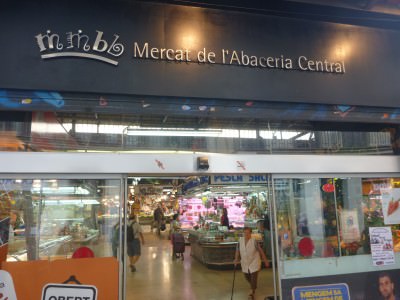 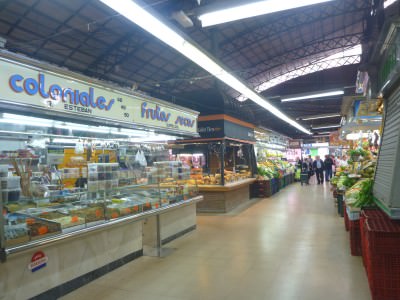 3. Iglesia San Joan
It wouldn’t be a Spanish/Catalonian village without a church and the Iglesia San Joan sits proudly on the spot were a former wealthy Peruvian once owned a palace, as legend goes. His lover, who was local is now the main statue in the square here. 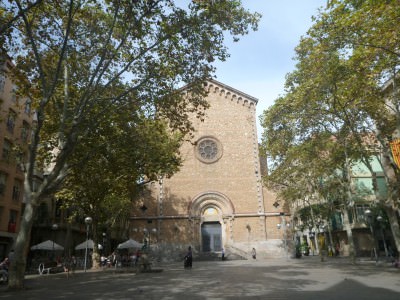 4. Casa Vicens
This little gem is just a superb building and…it’s Gaudi’s first commissioned building in Barcelona! Amazing – what’s even better is that it’s on a quiet street away from all the tourists, you might not believe it. 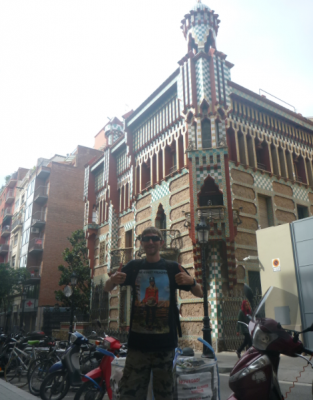 5. Village Square
This is the main and original town/village square back when Gracia was merely a village and not part of Barcelona at all. The name in Catalan is the Plaça de la Vila de Gracia. Here, as well as being a nice square, you have the infamous clock tower, which survived bombings in the Second World War and Spanish Civil Wars, a sight of bombings and rebellions, as well as the baby-blue town hall, this history-filled square is definitely worth visiting. 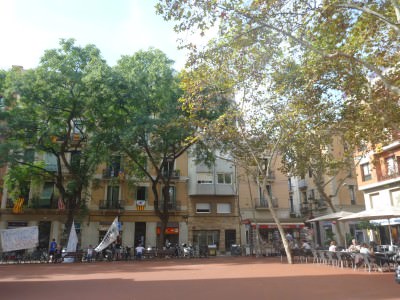 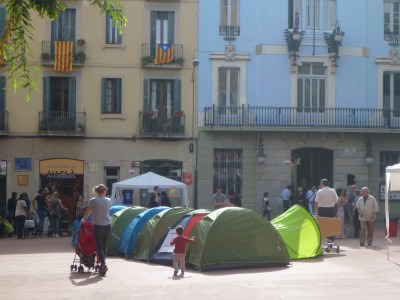 6. Plaça de la Virreina
Placa de la Virreina is known as one of the most picturesque squares of Gracia, a nice place to chill out, admire the San Joan Church and the statue of the famous lover (Female Viceroy) that the square was named after. 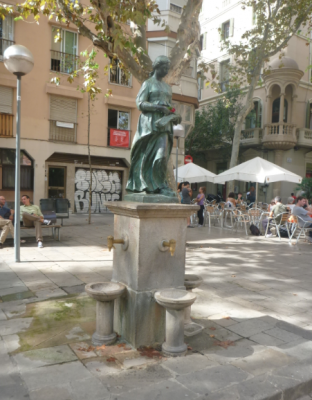 7. Clock Tower
Here in the village square, as well as being a nice square, you have the infamous clock tower, which survived bombings in the Second World War and Spanish Civil Wars, a sight of bombings and rebellions, as well as the blue town hall, this history-filled square is definitely worth visiting. 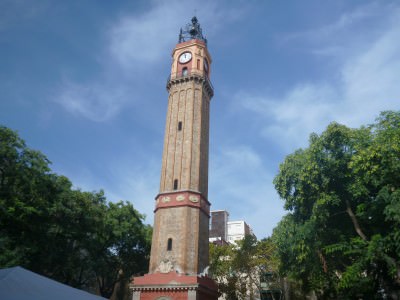 The clock tower in Gracia.

8. Gracia Town Hall
A shy blue colour, the town Hall doesn’t quite dominate the village square the way you’d expect. Maybe that’s part of the charm, almost disguised in amongst more ordinary buildings which neighbour it. 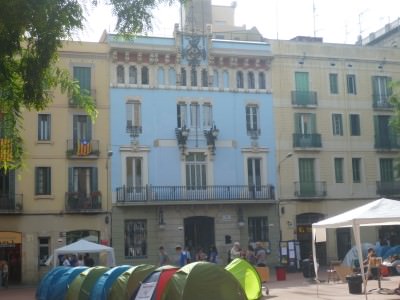 9. La Fiesta de Gracia
The festival in Gracia is a colourful, flambuoyant and famous street parade. Admittedly I didn’t get to see it on my trip, but to make up for it, we saw some of the Paper Mache heads and outfits that the festival performers wear! The festival is every August – if you’re in Gracia at the time, don’t miss it! 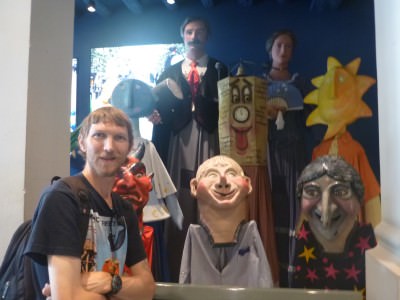 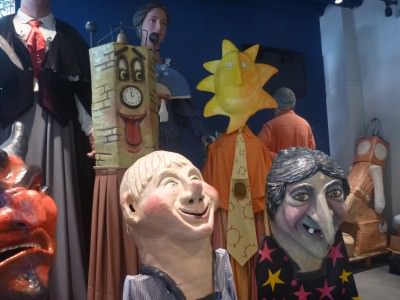 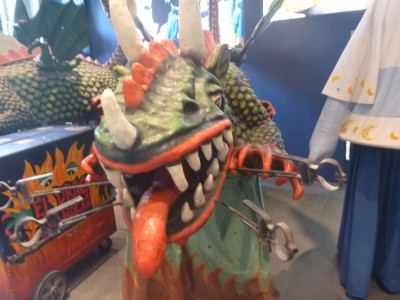 So that’s just a quick top 9 that I picked out for you. The guys over at Devour Barcelona Food Tours are experts in their knowledge of Gracia, so get in touch with them to organise your food tour and get ready to explore this lovely village.

Here are my videos from my time touring Gracia while Backpacking in Catalonia:

And a video from fellow travellers Husband in Tow.com:

4 thoughts on “Backpacking in Catalonia: Exploring the Village of Gracia in Barcelona”