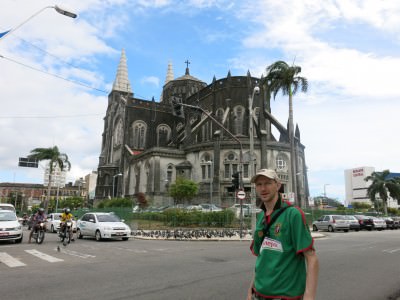 Backpacking in Fortaleza in Brazil – top sights to check out.

I had a stop over in Fortaleza in 2011 and I had no idea what impact or importance that stop over would have for me. In the end, I had to wait just over 3 years to find out and life had gone full circle as I got tickets for the Brazil v. Mexico World Cup match to be held in the Castelao in Fortaleza and I was back in this city. This time it wasn’t an airport stop – I was here for real and could get some sightseeing done! 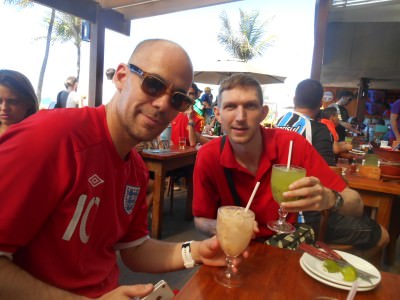 Enjoying cocktails in Fortaleza during the World Cup with Dorian.

First off I booked into the cool J Sun Hostel in Fortaleza which is a great place to both party and relax. Second off I enjoyed the World Cup, going to the Brazil v. Mexico match and also watching the Fan Fest on the beach. Then it was time to check out this awesome top 9… 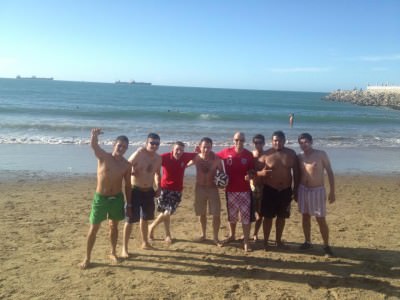 Backpacking in Fortaleza – Football on the beach during the World Cup!

1. The Castelao (World Cup Stadium)
I’ve stuck the Castelao as the first thing to check out here as it’s one of the top 5 stadiums I have ever been to as a football fan. I watched the Brazil v. Mexico match in the incredible Castelao Stadium which is in a suburb of the city. 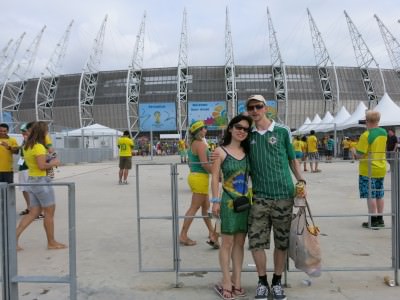 Outside the Castelao stadium for the Brazil v. Mexico match. 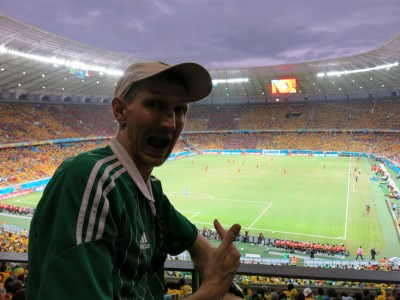 2. Mercado Central
The Mercado Central is the central market in Fortaleza and a decent place to go shopping for souvenirs, or simply browsing. I got my postcards and fridge magnet here. You can also eat and drink inside the complex. 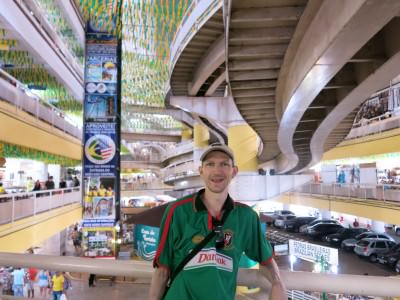 Inside the Mercado Central in Fortaleza.

3. Catedral Metropolitan
The main Cathedral in Fortaleza sits opposite the market and again I recommend a visit. It’s a typical Metropolitan type church that was packed when we visited, the main religion here being Catholic. 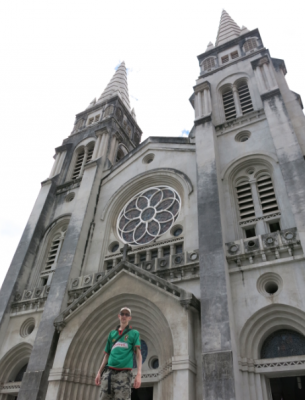 Backpacking in Fortaleza – the Cathedral

4. Praia do Meireles/Beaches
Fortaleza boasts miles of golden sand beaches and is a stunning place to relax, sip cocktails, beers or coconut juice and play beach football. The part between the two main piers is the best place to see Fortaleza’s beaches at their very best. 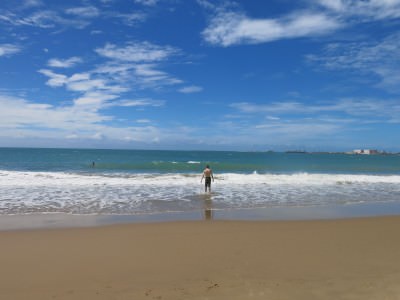 ON the beach in Fortaleza.

5. The Pier
Again there are a few piers in Fortaleza but the one we liked was called Ponte dos Ingleses (English Point?). Great views and again, relaxation. 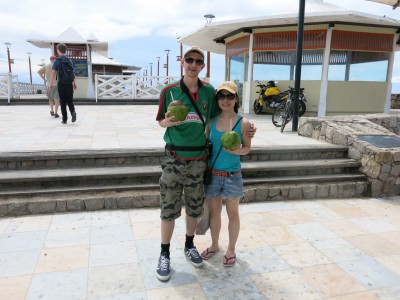 Coconut Juice by the beach in Fortaleza. 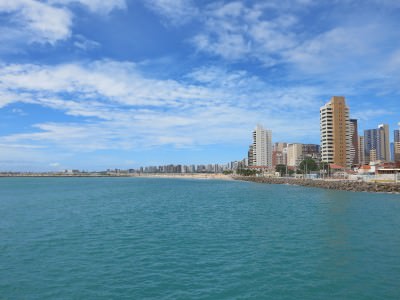 Outstanding views of Fortaleza from the pier.

6. Centro Cultural Dragao do Mar (Art and Culture Square)
We headed to see the trendy art square only to find that it was rather subdued as the World Cup took over. However some murals, arty buildings and a museum definitely make it an alternative to the normal Brazilian things we are used to – beaches, samba and football! 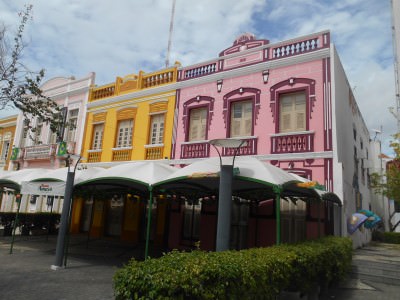 7. Catholic Churches
Aside from the main cathedral is another smaller yet quirky church to check out, just off the city centre on Rua General Bezzeril. 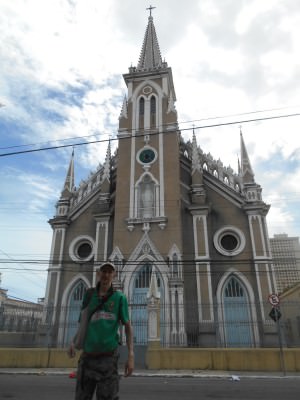 A Cool Catholic Church in Fortaleza

8. Iracema Statue
This statue stands out as your tour the seafront in Fortaleza. You might as well do the touristy thing and pose beside it. Iracema is the main character of a novel with the same name written by Brazilian writer José de Alencar. The novel tells the story of Iracema and Martim Soares Moreno – Moreno was one of the first Portuguese to come to explore Fortaleza. There is actually more than one Iracema statue in Fortaleza. 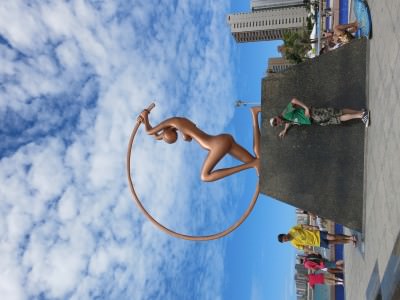 The Iracema Statue on Fortaleza seafront.

9. Party, Drink, Eat…
Brazil never has a shortage of partying options no matter where you go, surely. But Fortaleza being a chilled out beach resort offers quite a lot. Loads of bars and clubs partying until the small hours. 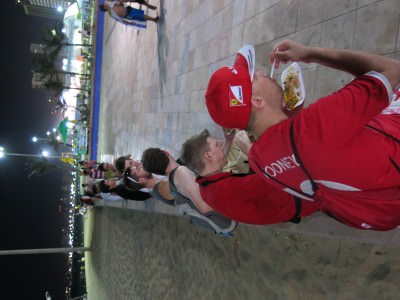 Food with the lads down by the seafront in Fortaleza.

By day, vendors on the beach sell coconut juice and beer and there are beach front barbecues and street food all at pretty affordable prices. Of course we managed to get to the Fan fest during the World Cup. 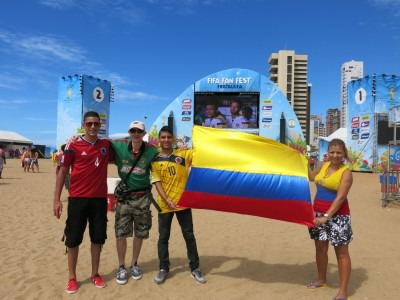 Enjoying the Fan Fest in Fortaleza, but when the World Cup is over there is still plenty of partying going on!

All in all, we thoroughly enjoyed our time in Fortaleza, even away from the football we reckon it is a cool city to check out if you go backpacking in Brazil.

4 thoughts on “Backpacking in Brazil: Top 9 Things to See and Do in Fortaleza”