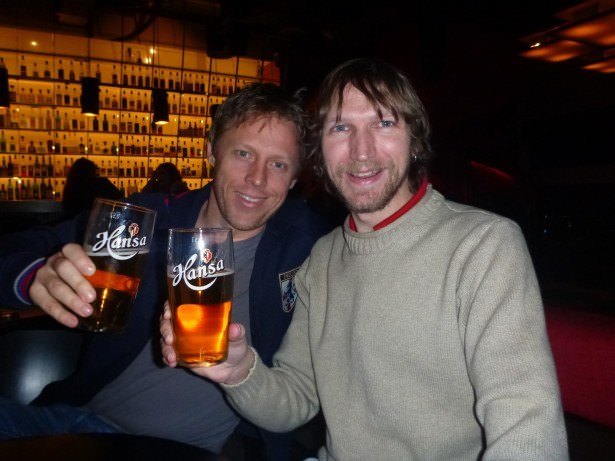 This is one of my favourite World Travellers to date!! Today I feature Gunnar Garfors. This crazy yet calm Norwegian has been to EVERY country in the world. How amazing is that?! And even better, he is the youngest person ever to do this as a hobby. He travels on his holidays from work and has conquered every country. I met up with Gunnar for a few beers in Oslo Norway when celebrating my 99th country. Here’s what Gunnar had to say to Don’t Stop Living…

I am Gunnar Garfors, a 38 year old hardcore traveller from Norway. I work full time as President of IDAG, an international radio and TV organization and as an advisor for NRK, Norwegian Broadcasting Corporation. I am currently writing a book about the travels to all the countries and I am hosting a travel quiz for Norway’s biggest radio station by far on their flagship program Nitimen. And I will of course have to mention my three brothers and three sisters. They are all younger than me, so I can still beat them up (I wish).

I was born in Hammerfest in Norway, the world’s northernmost city but I primarily grew up in Naustdal on the Norwegian West Coast.  I now live in Oslo, or in a backpack. 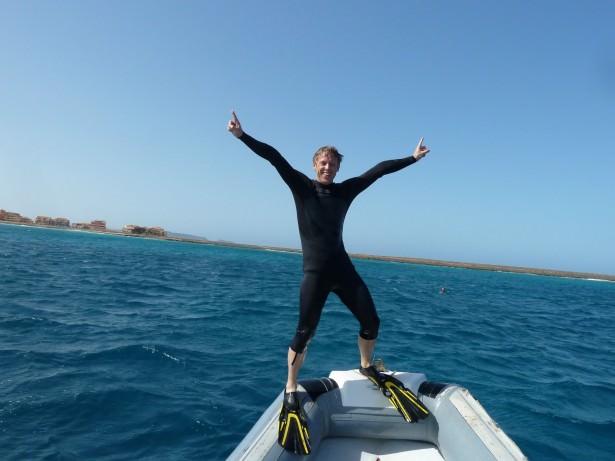 In every country. There are 198 of them.

I am currently at home in Oslo, after just having returned from a trip to Colombia, the US and Germany. I’ll go to the Netherlands and the UK on Thursday.

What’s your claim to fame?

After travelling to five continents in one day, visiting all 198 countries and writing about the 25 least visited countries of the world – an article read by millions of people, I suppose it will have to be related to travelling. I never thought that media will go crazy about it, but they have all over the world. Here is a selection of the media coverage: http://www.garfors.com/2013/01/gunnar-garfors-in-press.html

How long did it take you to travel to every country in the world?

I have visited all the countries except for 4 the last 10 years. I didn’t decide on visiting all countries until 2008, though. I had then visited 80 some countries. 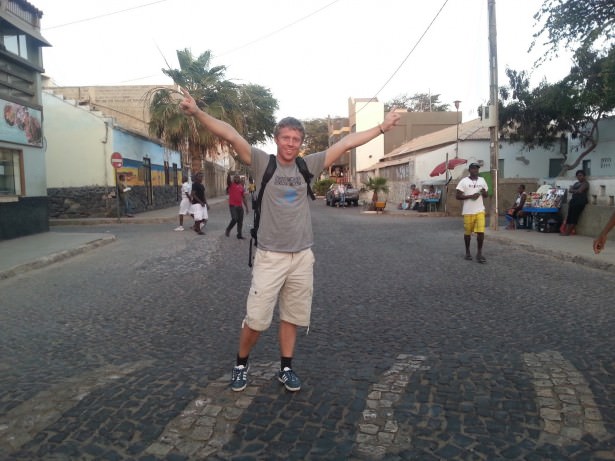 World Travellers: Gunnar Garfors in Cape Verde- completing his venture to EVERY country on the planet!

This is a very unfair question. There are so many amazing countries and people around the world, so I can’t really answer. I’d still like to recommend some rather unusual destinations. The Stan countries (the countries ending with –stan), Madagascar, Kiribati and Mongolia will certainly give most people a different experience.

This is again almost impossible to answer. But it felt incredible to actually reach the last country, Cape Verde. Two of my brothers, one of my sisters and eight friends joined me there, and we had an amazing trip and a groundbreaking party two meters from the Azur Ocean. Priceless!

Being food poisoned in Mumbai. I had just eaten and boarded the train to Goa, an 8 hour train ride on 3rd class. A couple of hours into the train ride, I really thought I would die. I was in the awful smelly toilet (a hole in the floor) and everything I had eaten the last two days came out both ways, simultaneously. Just to make it worse, the train was delayed for 8 hours as well. 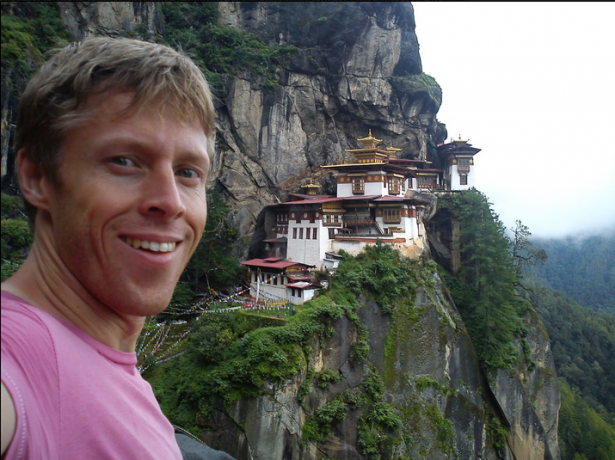 Four of us, all guys, had organized the trip to Turkmenistan through a local agency. We drove in to the border by taxi from Mashad, Iran. After having walked across and sorted out formalities, we were met by our guide Oleg. He turned out to be quite a character.

– Welcome to Turkmenistan! Are you here for drinks or for girls?

– Hehe…I am sure we will have some drinks, but we have girlfriends at home.

– But Oleg, do you not believe in love?

– Love was invented by the French. They were too cheap to pay for prostitutes.

This mother of ultimate responses came without hesitation. That has made me laugh so many times afterwards.

In Somalia I ended up witnessing a fight about my seat in the 4WD that was going to take me out of the country. I entered the car first and therefore got the passenger seat. A young guy with a big knife came later, threw the door open and tried to drag me out of the car. My friend who had arranged for the seat in the shared taxi in the first place went ballistic and insisted that I would sit there. They had a bit of a fight, and it ended up with me staying in the passenger seat on the way out, with the guy with the knife just behind me. I would happily have sat in the back, but this was about my friend not losing face…

I have in general been very lucky, not really running into big troubles. 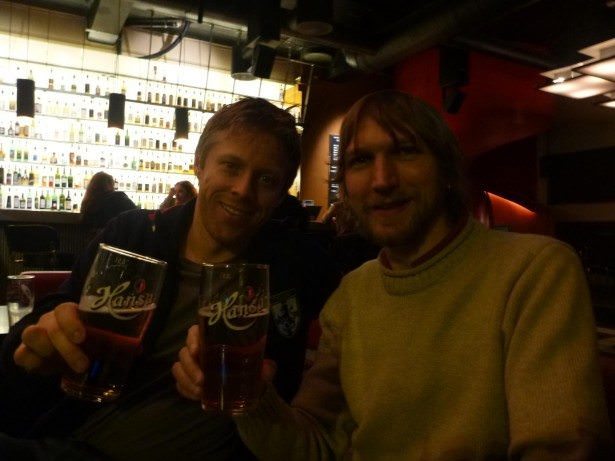 Gunnar Garfors and I in Norway

I haven’t travelled with an intention to work, except for when on business trips, but I have still been invited to speak to 5th graders in Ulaanbaatar, Mongolia about Norway and to three high school classes in Atlanta, USA about travelling. None of them were paid “jobs” but I had great fun doing it and really appreciated meeting local kids and students.

It’s easy. I just spend everything I make on travelling! 😉

To elaborate, I live in a flat I purchased 13 years ago, before the rental places went mad. That saves me a lot of money. I also have no wives, kids, dogs or cars. And I am pretty good at finding cheap tickets. I also prefer travelling locally between countries and to stay in inexpensive accommodations. Not being afraid of cockroaches helps.

My favourite three are:

10. Use guidebooks to find out where not to go

I hate guidebooks because they tend to influence people into seeing exactly the same things, often even in the same order. That means that service will get worse, prices will go up and you will be surrounded by other tourists. If that is what you are looking for, use guidebooks the way they are intended. If not, use guidebooks to find out where not to go.

11. Dare be impulsive, plan as little as possible

The more plans you make, the fewer of them you get to complete. Dare to accept possibilities for trying something new, getting to know someone new, tasting something new or to take part in activities you had not planned or didn’t even know existed. Having to follow a schedule even when I am on holiday is so not my idea of relaxing. It is also the reason why I shy tour guides like the plague. Even in North Korea, where you are required to have two guides by your side at all times I managed to find a loophole to legally get to explore on my own. Planning ruins the best thing about travelling; the surprises and the unknown you could never plan for anyway.

15. Travel with hand luggage only

It is more flexible and relaxed and you will never have to take a specific big taxi or be banned from a metro or a bus because of too bulky luggage. To travel light gives you more control over the travel experience. And 8 other reasons.

Too many to mention, but I should still add Antarctica which is the only continent I still haven’t been to. I aim to travel a little bit more theme based from now on, staying longer in each country in really exploring them. There are so many places I want to come back to, and a lot of places I still haven’t seen. Having been to every country still doesn’t mean that you have been everywhere. Obviously.

He visited 5 countries on 5 continents in just day in 2012. In 2013 he completed visiting every country in the world, as the youngest hobby traveller ever. He is President of an international radio and TV organization, an Advisor on distribution matters for a broadcaster and he writes on travel and media for various publications. A book on travelling is also under production. Who is the Norwegian with all that energy? A short answer to the question follows below. But there is more.

Gunnar Garfors is President of International DMB Advancement Group (IDAG), a digital radio and mobile TV organization with members on 4 continents. He also advises on distribution for Norwegian Broadcasting Corporation (NRK) and often presents or debates at conferences around the world. On Twitter: @garfors.

Gunnar Garfors travels hard. He discovered travelling through family holidays and a train ride through many countries in Europe at age 17. He has visited all the world’s 198 countries (193 UN members, the Vatican, Kosovo, Palestine, Western Sahara, Taiwan). He completed visiting them all on May 8, 2013, becoming the youngest hobby traveller to have been to all countries of the world. He also set a world record by visiting 5 continents in 1 day on June 18, 2012 using only scheduled transport. Adelia Television is making a documentary about it. Garfors writes a column for travel mag Terminal U and another one for acclaimed German financial magazine Capital. His writings are occasionally published by Business Insider. Gunnar Garfors also makes and presents a travel competition on the Nitimen show on Norway’s biggest radio station NRK P1 with a 55% market share thrice weekly.

The last ‘new’ countries he visited were Tonga, Fiji, Tuvalu, Kiribati and finally Cape Verde. None are remaining, but he has no intention of stopping to travel to take up gardening or card games. His impulsiveness wouldn’t allow it.

Garfors was born in Hammerfest on May 29, 1975. It was snowing when he first opened his eyes in the world’s northernmost city. His parents are Mr. Reidar Garfors, a retired medical doctor and Ms. Ruth Berit Stensletten Garfors, a teacher. He has three brothers, three sisters and a half sister. He grew up in Havøysund, Dublin, Førde and Naustdal. Plus one year as an exchange student in Lawrenceburg, Indiana. He now lives in Oslo but has also lived in Copenhagen, Falmouth and Taipei.

Thanks to Gunnar Garfors for being the latest in my series of World Travellers! If you travel the world and run a travel blog or are a travel writer, please get in touch, you can be featured (there’s a waiting list at present), either e-mail jonny (at) dontstopliving (dot) net or head to my contacts page and get connected! You can also subscribe to Don’t Stop Living by filling in the form below! Safe travels!

9 thoughts on “World Travellers: Gunnar Garfors, The Youngest Hobby Traveller to Visit Every Country in the World”