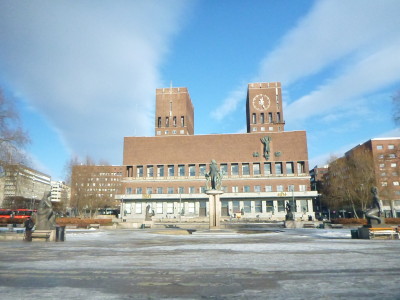 The budget backpacker in me saw Norway as a dear country where I decided not to overspend on sights in and around the capital city. This meant no boat cruises, bus tours or even visits to the trendy museums sorry folks. But my friend Cacinda has written about the Viking Ship Museum, Oslo on her blog if you want to head there. 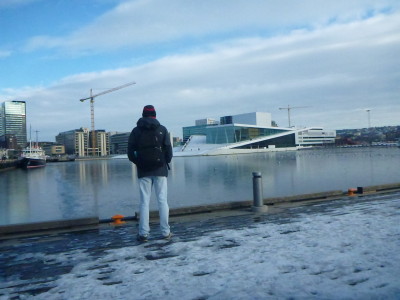 However these are my personal top 10 sights in Oslo which don’t cost anything to actually see, but may cost you to go inside. I was very cheap, sorry, I didn’t go inside all of them. I was celebrating my 99th country in Norway thanks to that reader vote and I spent my luxury money on beers down the pub with Norwegian traveller Gunnar Garfors (who has visited all 198 countries in the world). To celebrate country 99 I stayed in the magnificent Hotel Christiania Teater in Oslo. 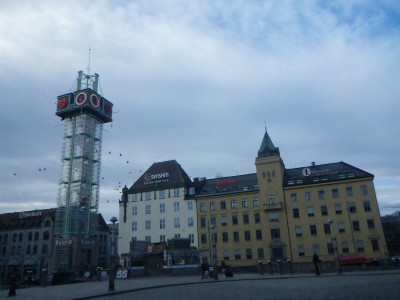 1. Oslo City Hall
As surprising as it may seem, but Oslo City Hall is by far my favourite out of all the city and town halls that I’ve been to on my  travels. 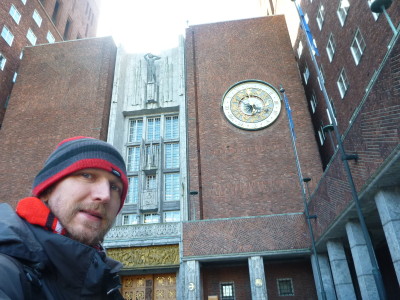 Outside the City Hall in Oslo, Norway

From the outside its dominate and grand. On the inside its artistically magnificent. 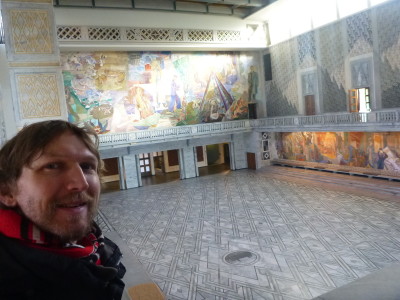 Even better – it’s free entry so head inside and admire it. They hold the Nobel Peace Prize ceremony here – a truly exceptional building which just has to be seen. 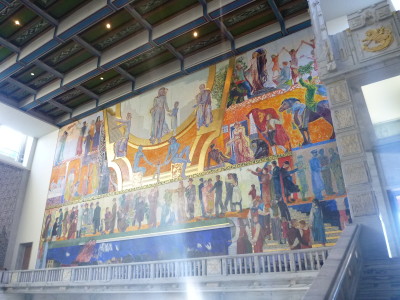 2. Askershus Fortress
A castle right on the harbour. Being cheap, I did all the free stuff. Walked all around the walls, toured the shop, saw the guards posing and went into the rooms where you don’t need a ticket. A cool fortress which dates back to the 1290s. 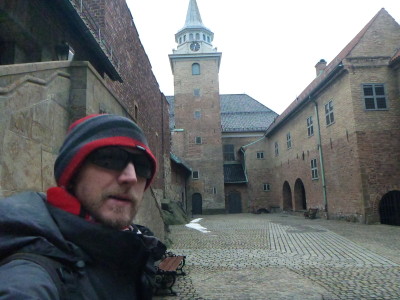 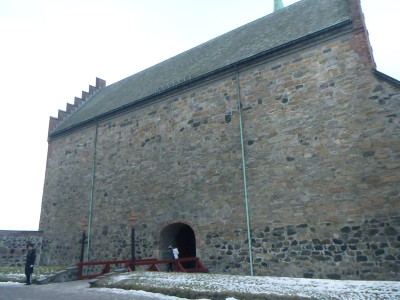 3. Oslo Cathedral
Churches don’t dominate Norway the way they do in Denmark, Sweden, Finland or Estonia but Oslo Cathedral is prominent and at the time of my visit, was being renovated. 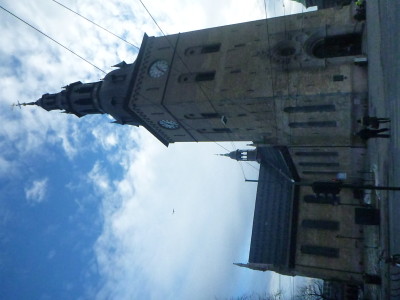 Oslo Cathedral (yes, I’ve tried to turn the photo round and failed!)

4. Norwegian Parliament
Norway is one of the most expensive countries in Europe, also one of the richest and also a country which needs skilled workers in certain industries and it pays well. All the government stuff goes on here in the city centre, near my hotel in fact – the excellent Clarion Collection Christiania Teater. 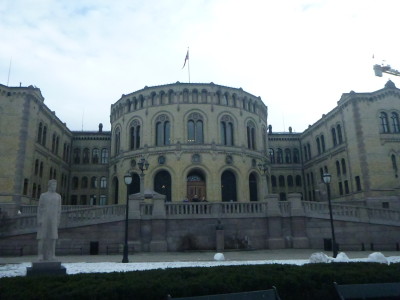 5. Oslo Opera and Ballet Theatre
The grandeur of Opera and Ballet in Scandinavia has progressed through the decades and inspires the epic new building down by the harbour, opened as recently as 2008. It’s magnificent. 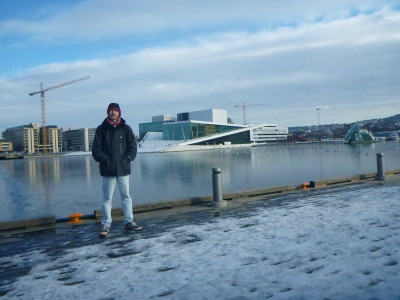 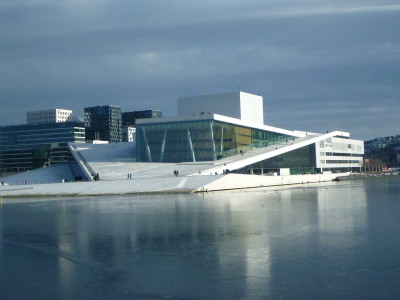 6. The Royal Palace
Sitting triumphantly at the top of what could be Oslo’s “golden mile” is the Royal Palace. It attracts tourists all day and looked pretty amazing in the snow. 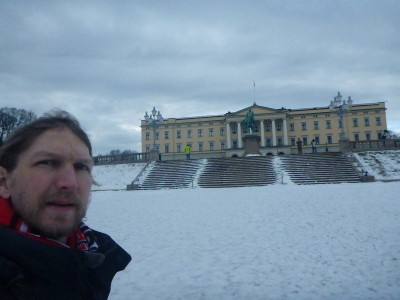 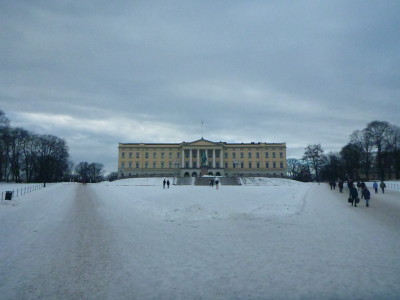 7. Ulleval Stadium
Norwegian football has only taken off in the last 25 years, they made their first World Cup in 1994 and in the 1998 World Cup they even beat Brazil and won their group. The Ulleval Stadium is where the national team play and it’s a bit of the city on the metro line 6 (red line) to Ulleval Stadion. 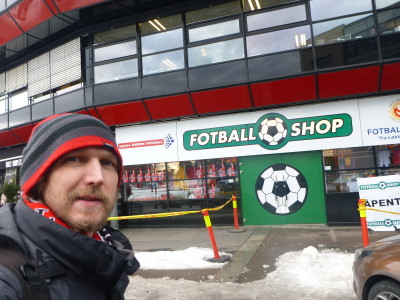 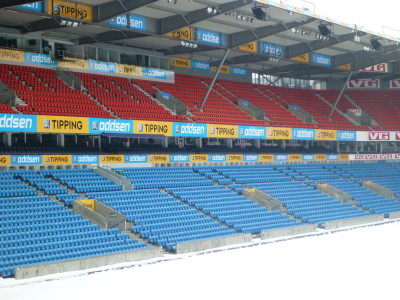 8. Frogner Park
Frogner Park is actually the number one tourist sight in Oslo. It is a massive park full of statues. In fact it’s the largest park of statues in the world made by one artist- Gustav Vigeland. 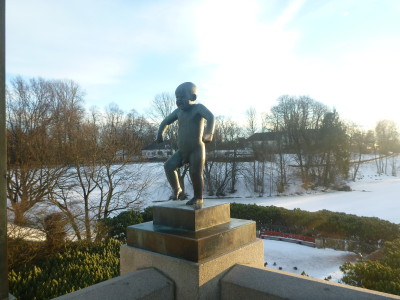 The angry boy with his willy out.

One of the most famous statues is the “angry boy” or “willy boy” statue which takes a while to find and is smaller in real life than you’d expect having seen the photos. It’s on one of the main bridges in the park. 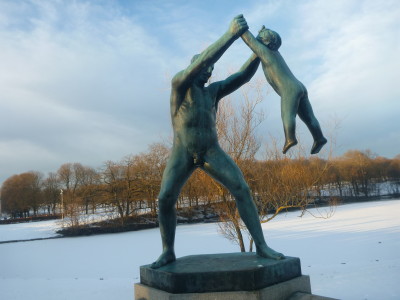 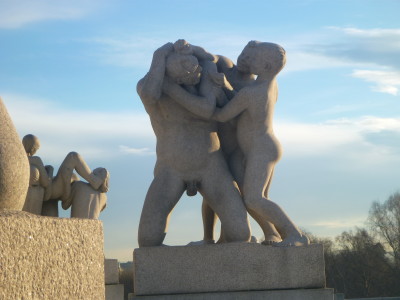 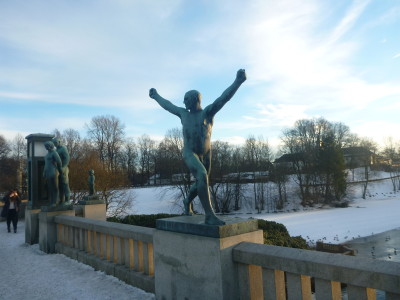 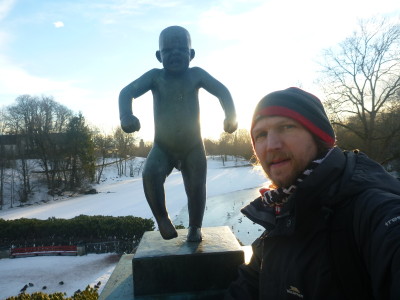 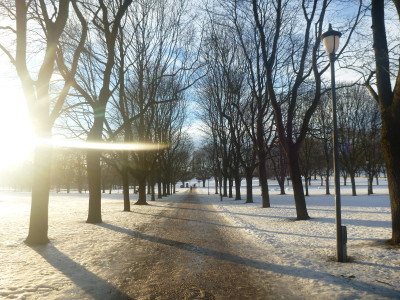 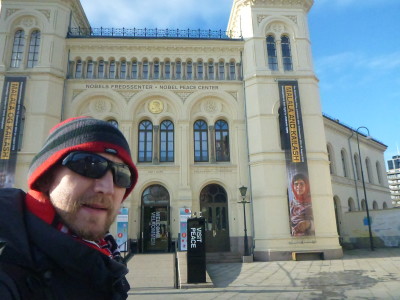 Outside the Nobel Peace Prize Centre

You can pay to go into the main part or just walk around the shop and main entrance as I did. 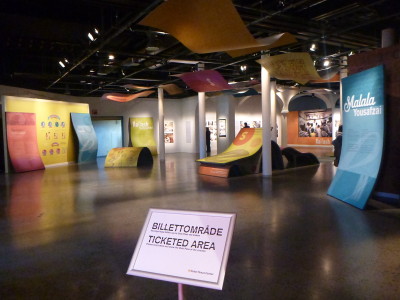 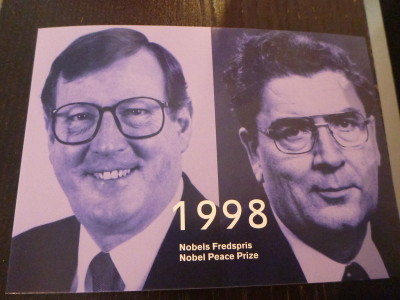 10. Munchmuseet
Oh yes, the famous museum of Edvard Munch who did that painting “the scream” (if that’s what you call it). It was a cool story actually. As I crossed the border by train from Gothenburg in Sweden into Oslo in Norway, I met a local girl called Lisa. When I told her I was entering my 99th country, she took from her handbag a keyring of Edvarh Munch and gave it to me as a gift to celebrate. A nice moment, on my budget though I didn’t pay entry to the museum, but art fans rave about it. 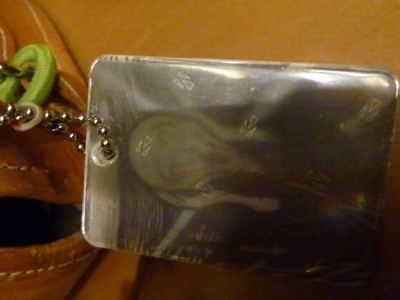 That should be your fix of top 10 sights in and around Oslo if you’re on a strict budget. There are some cool bars in town too which I hope to write about soon. No apologies for the use of loads of blatant selfies on this post – Don’t Stop Living is a real travel blog where the author actually travels to places and writes about his journeys. It’s not a contrived fake travel blog which is just formed to make money and get likes on fake Facebook photos that don’t even feature the author. Shame on some 😉 3,000 likes for a fake travel photo and quote? Bollocks 😉 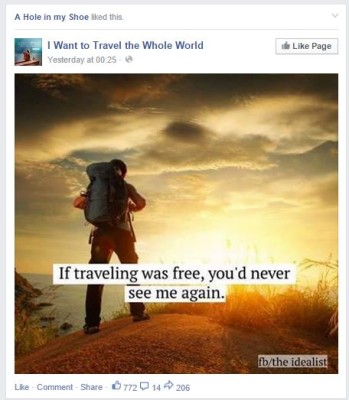 700 likes for this? If you want to travel the whole world at least put a photo of yourself up, or show us some proof you’re a wordly backpacker instead of trying to get suckers to click like on a fake Facebook page.

Here are some videos from my time in Oslo.

7 thoughts on “Backpacking in Norway: Top 10 Sights in Oslo”