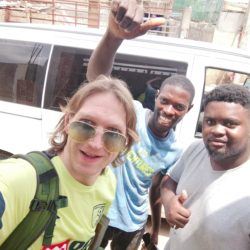 “Living in a land Luanda oh yeah heh” – fake words of Men At Work. The first thing to note is that Luanda is huge, and chaotic. The city responsible for capitaling 2006 World Cup debutants Angola hosts a whoppaday 7 million people. In one city – more people than the entire island of Ireland!! Read more about Backpacking in Angola: Top 17 Sights in Luanda[…] 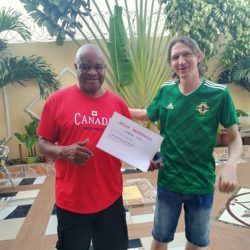 “In my beautiful neighbourhood” – Tommy Smith. Before you even think about getting a visa for Angola, make sure you have all your documents ready, including having proof of accommodation for every night you are here and even bank statements. Budget hostels and cheap hotels are actually quite tricky to find in Luanda when you Read more about Afilux Residencial: The Best Place To Stay When Backpacking in Luanda, Angola[…] 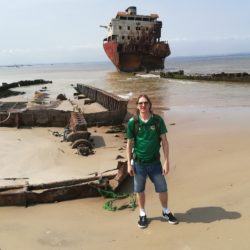 “Loose lips, sunk ships, I’m getting to grips with what you said” – Robbie Williams. A Shipwreck Graveyard by the Atlantic Ocean in Angola? Are you serious? This place was a surprise to me. I didn’t expect to find it fascinating, interesting or in any way spectacular. I certainly didn’t expect to write a blog Read more about Backpacking in Angola: Visiting the Crazy Shipwreck Graveyard in Panguila[…]