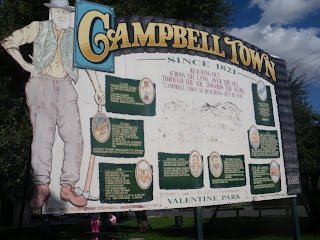 It’s another of those small little close knit community towns in Tasmania. This one, I’ve passed through about 6 times, and lived just 44 kilometres away from it while camping up in Poatina. It’s simply called Campbelltown. Campbell is a popular surname in my home country of Northern Ireland, and one of my best mates at school from 1992 – 1994 was Paddy Campbell. Who I haven’t seen since 1994 and the Great Exam Heist, nor would I see him in Campbelltown in 2010 but anyway… 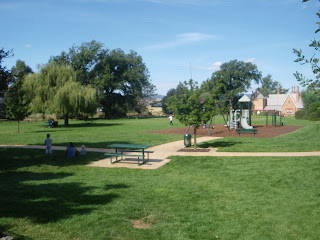 I stopped by a few times. From the north on the way into the town you first see the Football Ground. The local team is the Robins, and this football ground is for Aussie Rules Football, not the football I know. 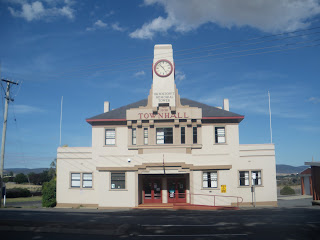 Then there’s the Town Hall, Church and Fire Station. All your usual town neccesseties. Like many of these Tasmanian towns, one wide main road through the town is all you get and everything you need is on it. 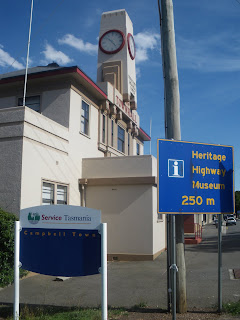 You have Service Tasmania, a museum and the most bizarre and unbelieveable Subway sandwich shop I’ve seen. It’s the only sign of big company integration into such a small un-touched community town. 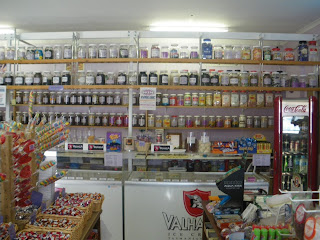 I loved the sweet shop there – very old and traditional. They sell all sorts of sweets and chocolate, at a decent enough price. Lots of it Tasmanian and locally made. 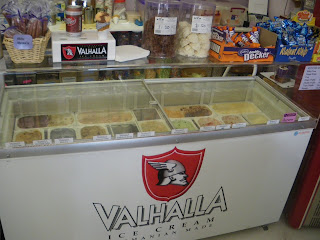 As a fan of ice cream, I also sampled the Tasmanian Valhalla Ice Cream there. It’s one of the nicest I’ve tried. They have a lot of flavours. 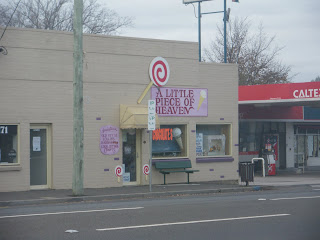 The sweet shop is called “A Little Piece of Heaven”, and actually there is another hint at commercial take over just behind it, with the town’s only petrol station, a Caltex. 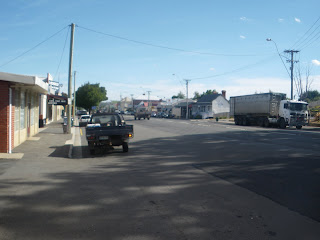 At the other end of the town, you can take the turn off towards Freycinet Park and the East Coast of Tassie, or you can head south to Hobart. It seems to be in the middle between Hobart and Lonny. 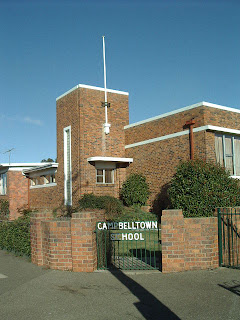 Tasmania is often referred to as “convict land”, due to it’s prisoner past. Many prisoner were housed on the Tasman Peninsula, but also here in Campbelltown. There is a Convict Walk in the town, as well as a square and park plus a War Memorial. 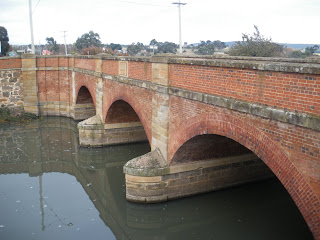 The main bridge in the town is an often photographed tourist bridge. It’s called The Red Bridge, and is hardly that eye-catching. But the bridge was built by convicts by bricks made by convicts. It spans across the Elizabeth River at the south end of town. 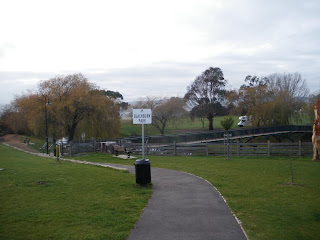 In front of the bridge lies a small artistic park known as Blackburn Park. 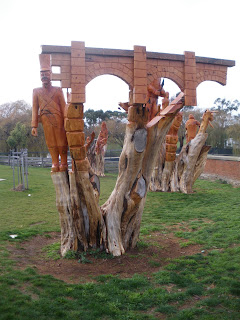 There are some very thick tree trunks there, where they have carved out the trees themselves and made them into all sorts of shapes. I really liked that. 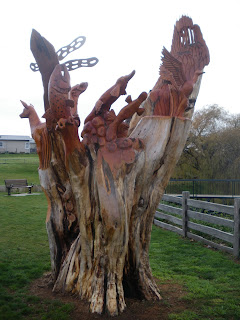 Something different, and another of those memories I’d have missed out on if I hadn’t stopped by. 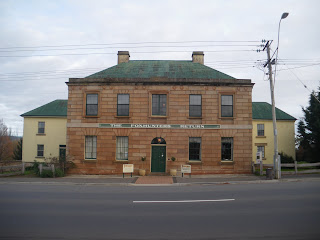 And if you’re thirsty, stop by at the Foxhunter’s Return for a swift half on the way through. A traditional style English pub full of locals. There’s also the Campbelltown Hotel where you can stay the night in an ex-convict town.
Population – 800
Website – http://www.campbelltowntasmania.com/
Someone Who Doesn’t Live There – Paddy Campbell (my legendary mate from Bangor Grammar School back in 1992 – 1994)
Although It’s Spooky How – Paddy Campbell supported Blackburn Rovers and the park there is called Blackburn Park.
Pub – The Foxhunters Return
Football Team (Aussie Rules) – Campbelltown – The Robins
Help Me Find Paddy Campbell – http://www.facebook.com/group.php?gid=122710831098965&ref=mf
This is not the Paddy Campbell I’m looking for –http://www.paddycampbell.co.uk/
ME AT BLACKBURN PARK, CAMPBELLTOWN:
Join 15,017 Monthly Readers! If you enjoyed this article and LOVE travel and SAVING money, get e-mail updates from Don’t Stop Living – a lifestyle of travel! (It’s Free) 😉 Jonny