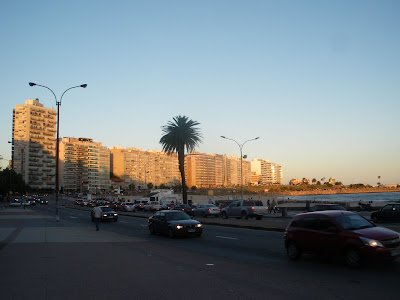 Pocitos is a trendy seaside district in Montevideo. I must say that while living in Montevideo I didn’t really visit many different parts of the city, but Pocitos was one I did enjoy. The rest of the time I was either studying (in college or at home) or watching the football, which was in the district just 20 minutes walk from my place. 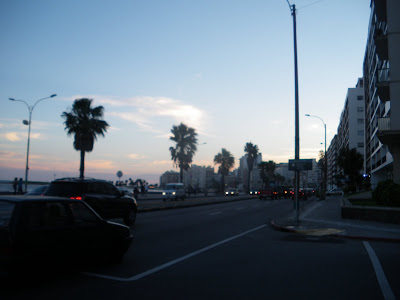 Pocitos has an amazing seafront promenade, which on a summer night seemed amazing. 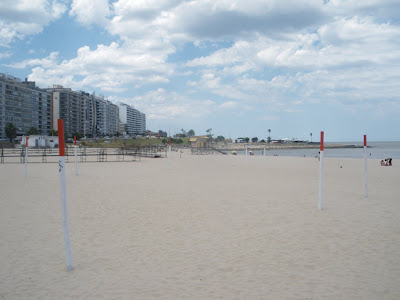 It was also the nearest beach to my flat. 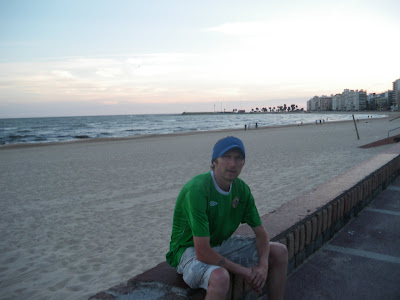 Relaxing by the beach in Pocitos. 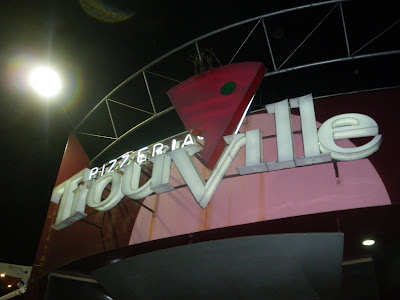 Pocitos has many nice restaurants, we tried the Uruguayan steak here in Trouville, after our previous idea to eat at the more posh restaurant below (whose name I forget!) 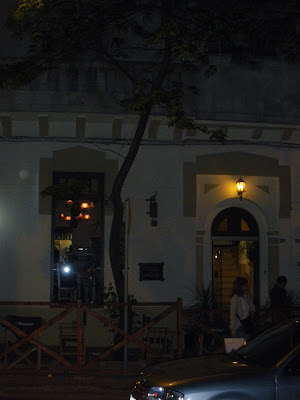 The dearer restaurant where we didn’t eat. 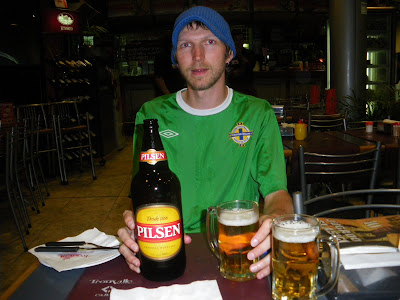 Eating the gorgeous Uruguayan steak at Trouville. Plus a local Pilsen beer for good measure. 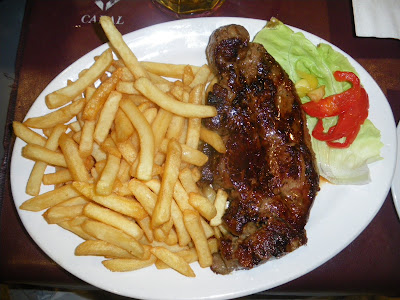 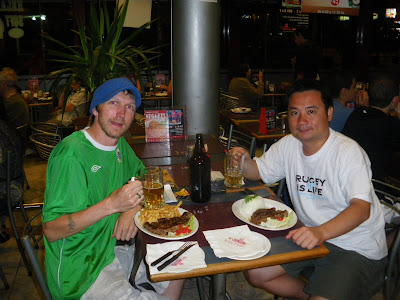 Wesley from Hong Kong was my good mate for a few days in Montevideo. We ate together and saw round the city together. 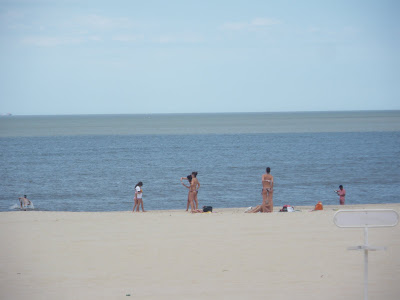 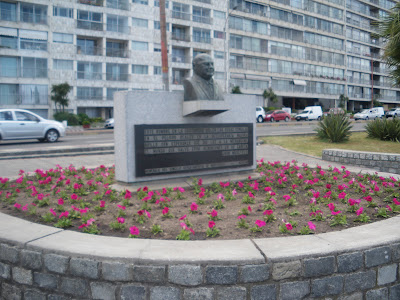 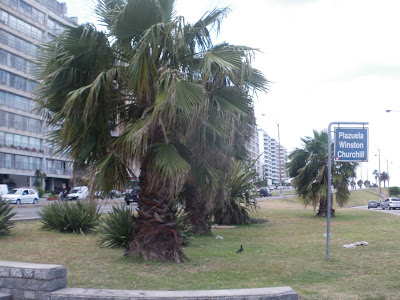 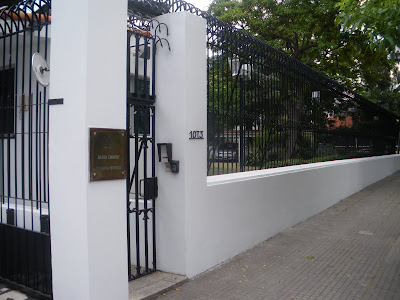 I had to go to Pocitos to visit the British Embassy, it was on a quiet street away from the beach area. 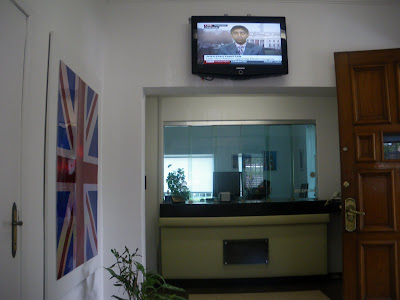 Inside the British Embassy at Pocitos, proud to see the British Flag, at the time I was trying to sort out a Suriname Visa, or the options to get one, which led me to Venezuela some 5 weeks later… 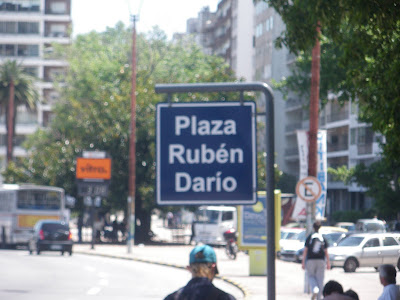 My flat mate’s name is Ruben Dario Funai, he is from Argentina. But here in Uruguay, I found a Ruben Dario Plaza, he’s named after a poet or an artist apparently. And that, for Pocitos was that…
VIDEO I TOOK AT POCITOS BEACH:
Join 15,017 Monthly Readers! If you enjoyed this article and LOVE travel and SAVING money, get e-mail updates from Don’t Stop Living – a lifestyle of travel! (It’s Free) 😉 Jonny