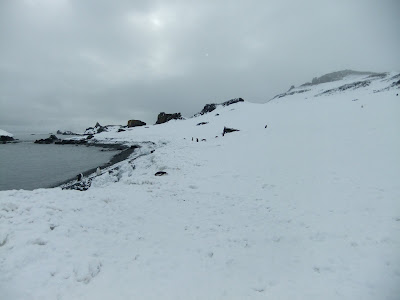 Where – Half Moon Island, Antarctica 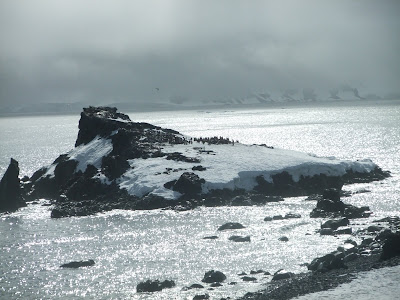 Somebody (and I’m not sure who) once described parts of Antarctica as “it’s like walking on the moon”, whether they really knew what walking on the moon was like, I have no idea. But it seemed as good a sentiment as any to reflect on my visit to Antarctica’s Half Moon Island. 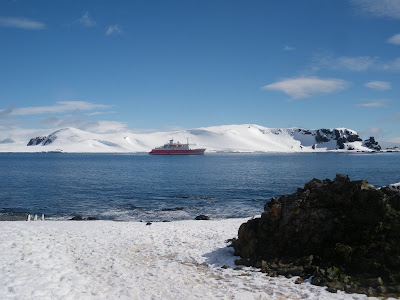 The superb mix of sun and snow was our welcoming weather on arrival to this wee beauty. What ensued was a walk round a slight slope to a corner colony of penguins, of which there seemed to be a “black sheep.” 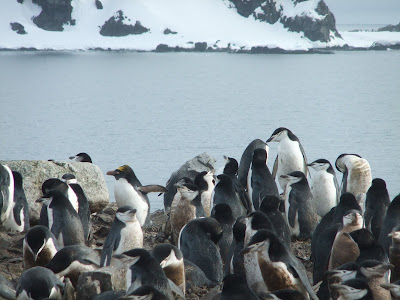 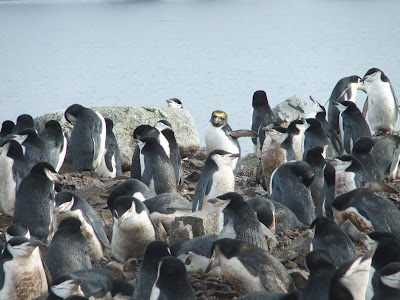 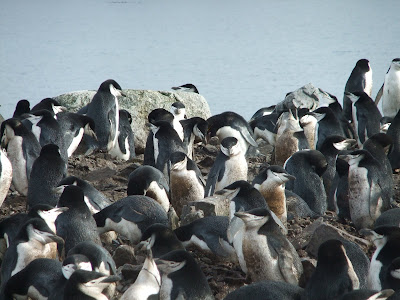 Well, not quite, but the highlight of Half Moon Island was the sighting of a rare Macaroni Penguin (the one with frizzy yellow hair) in amongst a colony of Chinstrap Penguins. A sole solitary Macaroni on his own. There’s a hat trick of photos I took there – see if you can spot it. 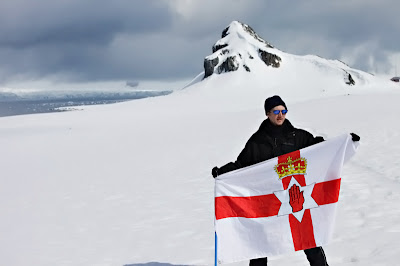 My Northern Ireland flag was flaunted at Half Moon. In a similarly selfish way that Neil Armstrong and Buzz Aldrin brought their USA flag to the Moon in 1969. Taking in the awesome Antarctic wilderness. 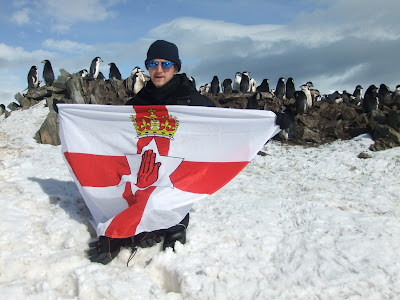 And relaxing with the colony of Chinstraps. 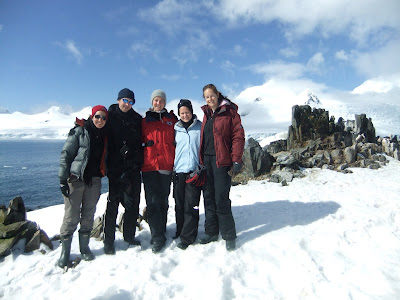 The crazy gang – some of my best friends from this 2 weeks of Antarctic madness. Haya, Jonny, Katharina, Elise, Monika. Me and my Antarctica ladies. 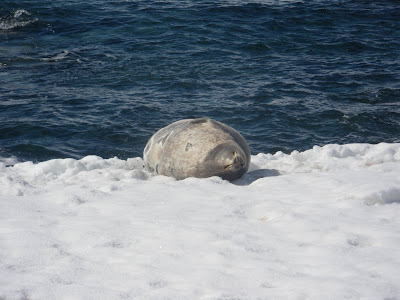 There we also saw an elephant seal. 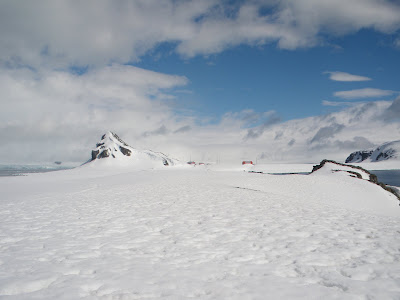 On the other side of the island were some cracking views. 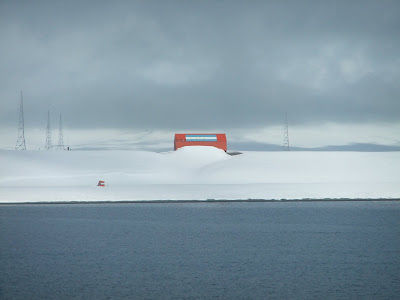 Another Argentine Research Station was there. 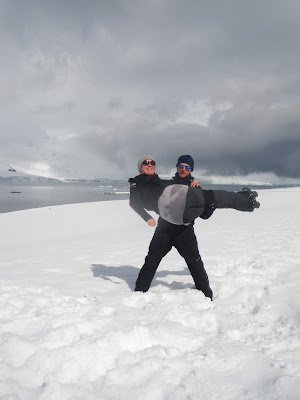 I lifted Katharina up in the snow there. 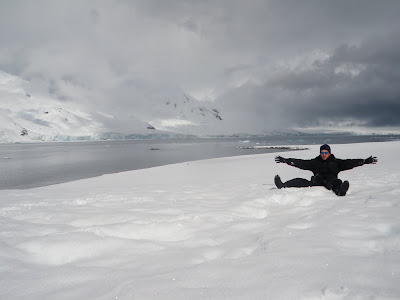 A final dive into the snow and it was another emotional farewell. I may never step on the moon, but I’ve stepped on Half Moon Island.I often wondered if Neil Armstrong had ever been there. I doubt it…

THE POLICE – WALKING ON THE MOON:

VIDEO OF AMERICAN NEIL ARMSTRONG “ALLEGEDLY” STANDING ON THE MOON:

ON HALF MOON ISLAND

A CRAWLING WEDDELL SEAL ON HALF MOON ISLAND:

THE LONELY MACARONI PENGUIN IN AMONGST ALL THE CHINSTRAPS: