This post originally appeared on a site about travel without borders but the author removed it, so here it is on my site now!! I cannot believe Antarctica was 10 years ago for me now – I feel so old thinking about it… 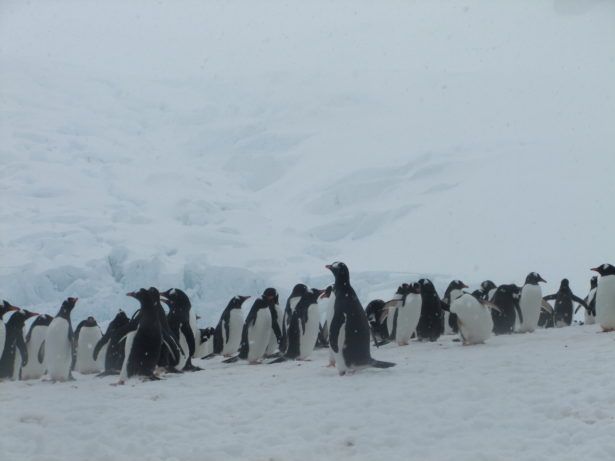 Jonny Blair is a global nomad. Ten years after leaving his Northern Irish hometown of Bangor, he has managed to visit over 180 countries across all seven continents. His travels have seen him work all over the place: on car ferries, on broccoli farms, in ice cream kiosks, in bars and in schools. He has visited China 20 times (some really remote parts) and also raves about off the beaten track places like lakal Suriname, Podjistan and Antarctica. He shares his stories on his travel blog “Don’t Stop Living“. You can also follow Jonny on Twitter, Facebook and YouTube. 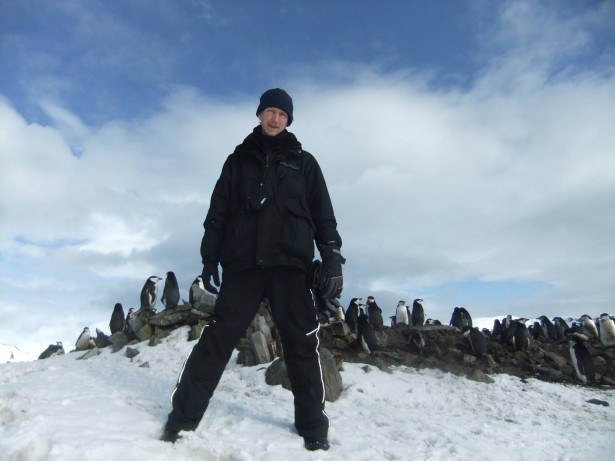 First up let me introduce myself and my blog. I’m Jonny Blair, travel writer and editor at Don’t Stop Living and I’m delighted to be writing for the site over less borders in travel. It was my favourite bit of travelling in life so far and I’ve picked out a realistic 5 cool things to do in Antarctica, yes even on a low budget you can do these five… 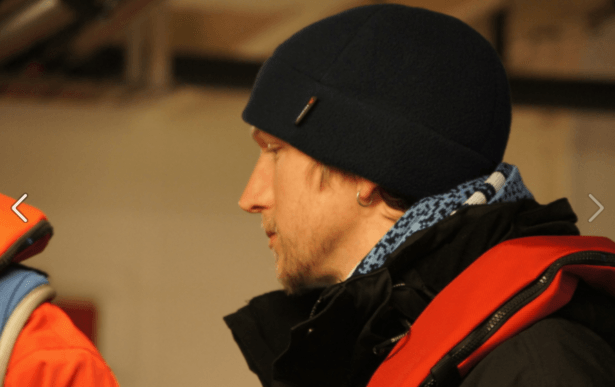 Arrival in Antarctica at Barrientos.

These are my top 5 cool things to do in Antarctica (yes – deliberate pun – it’s cold there!).

Yes – this is the moment you’ve been waiting for! Lose your fear of cold weather forever by getting down to your bikinis and swimming trunks and heading into the waters for an icy dip. Believe it or not, it’s not even that cold. OK so I froze for a few seconds, but life is all about adventure so why not?! We got to do our “swim” at Whaler’s Bay on Deception Island. Myself and 2 others even did it naked! We were given a free shot of Kahlua and cream straight after it! It’s often classed as the “Polar Plunge” and if you’re in Antarctica, I’d recommend it! 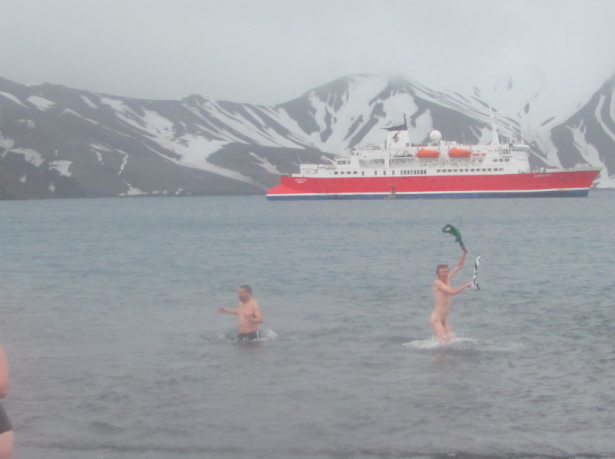 Getting Naked in Antarctica – this is a blurry mild photo – ruder ones do exist. 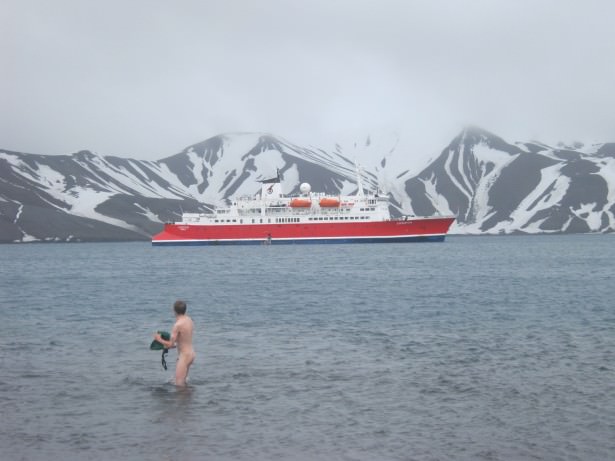 My naked dip in Antarctica at Whaler’s Bay! Satisfying! 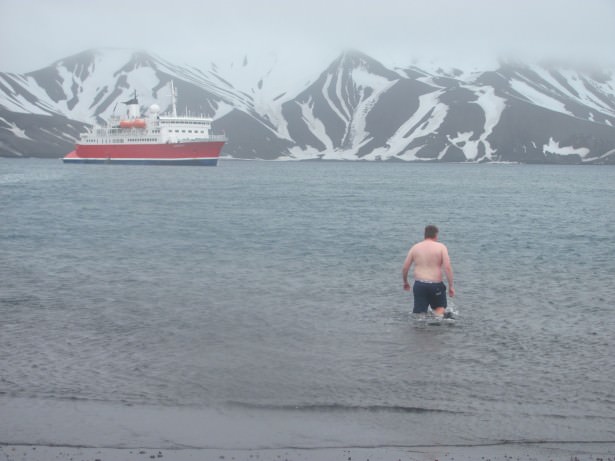 Russell goes in first – an Australian swimming in Antarctica!

On your Antarctica you’ll get to do some walking and hill climbing. Not exactly strenuous hikes I must add. However hiking up to the top of Cuverville Island was an absolute highlight of my Antarctica journey! The phenomenal views you get and the fact that you sweat so much, means at the top you can be warm enough to enjoy the views wearing just a t-shirt. You can get back down extra fast by rolling down the snow! You’ll pass by hoardes of penguins on route. 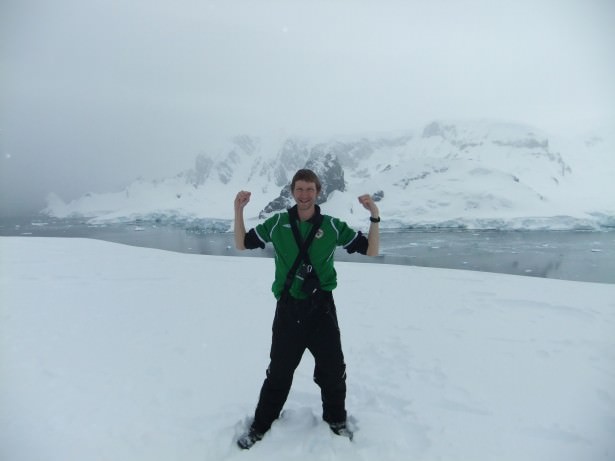 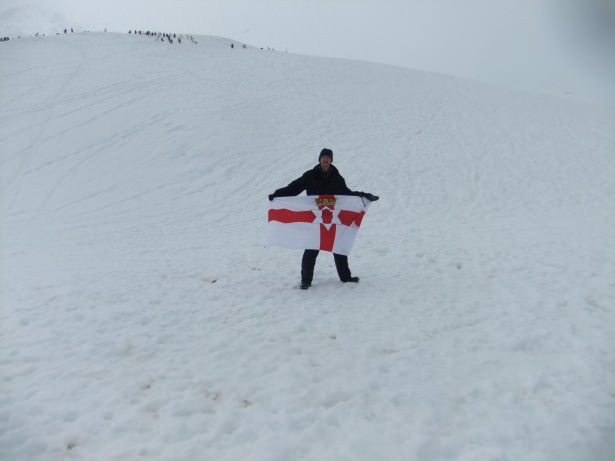 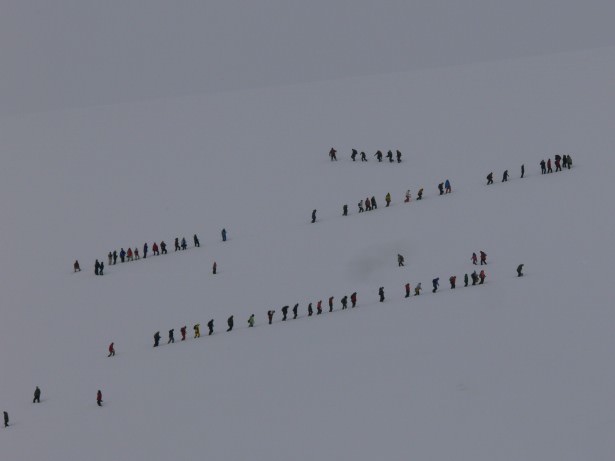 As well as building snowmen on the continent of endless snow, we had a few snowball fights! One on board the ship was certainly exciting as you couldn’t see ANYTHING in behind because we got caught in a crazy blizzard one night! But the best ones were on our first landing on mainland Antarctica. Everyone was throwing snow at each other! 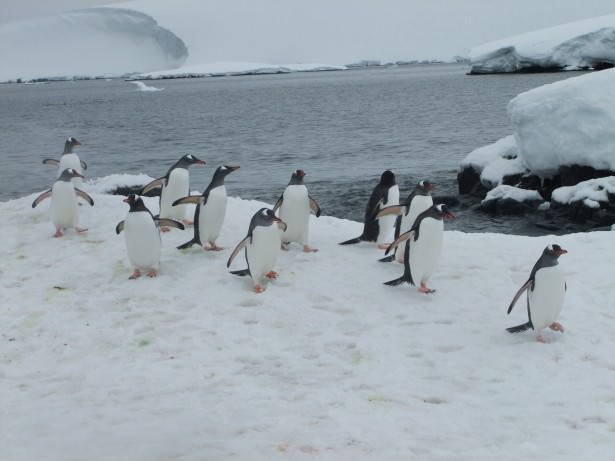 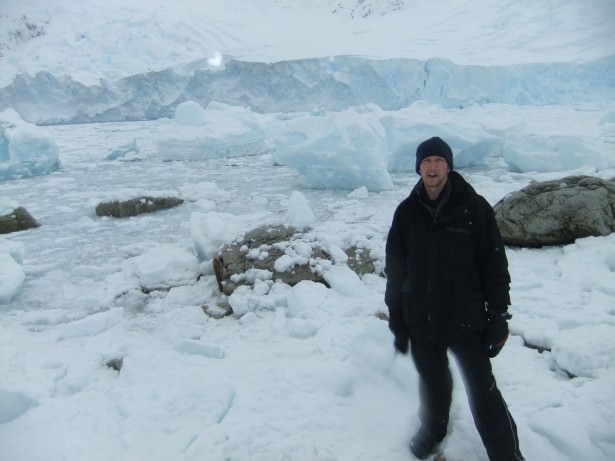 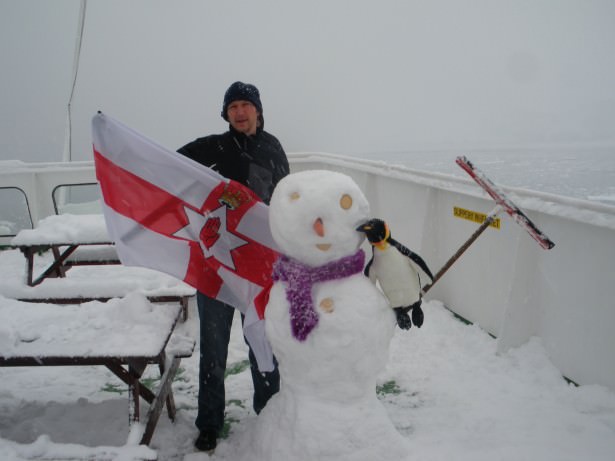 Freezing cold and on a boat stuck in pack ice in Antarctica, LOVING it!

Just because there are not many bars about doesn’t stop you from drinking. The Vernadsky Ukraine station in Antarctica has its own pub! Plus there are two bars on board the boat which goes down well on Happy Hour. We also took our own cheap beers with us that we bought in Argentina and raised a toast as we drank them on King George Island – carryout loyal. 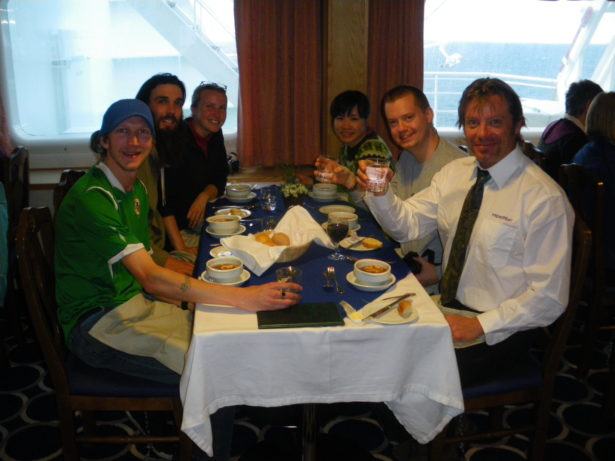 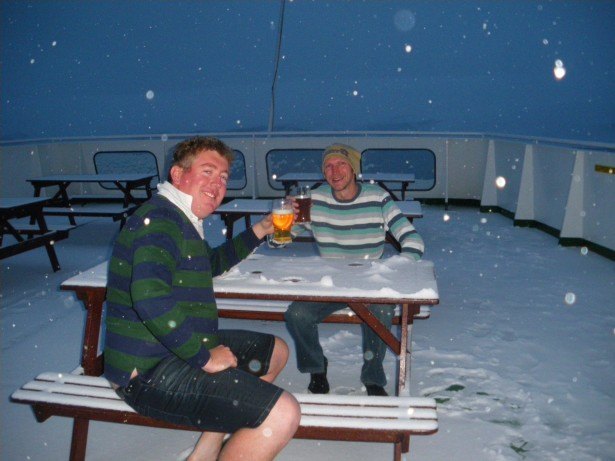 Out on deck sailing through Antarctica with Russell 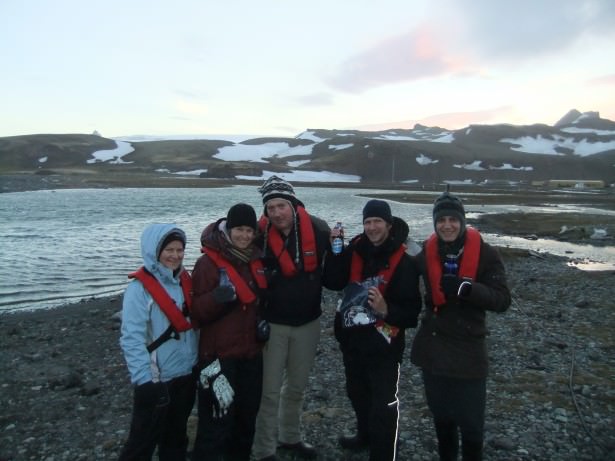 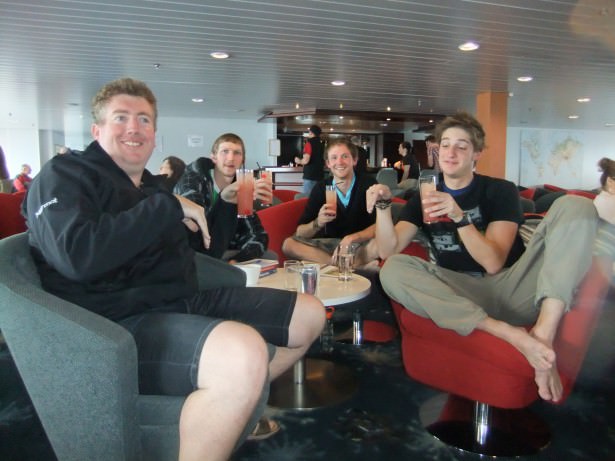 My trip included kayaking as an additional option. I must admit I didn’t fork out the extra money and do it – but those that did raved about it! I simply couldn’t accept or afford it after how GAP treated me. As an alternative I went cruising on the Zodiacs a few times, most spectacularly at Foyn Harbour and Elephant Island. Icebergs and wildlife galore. It’s such a breathtaking landscape. 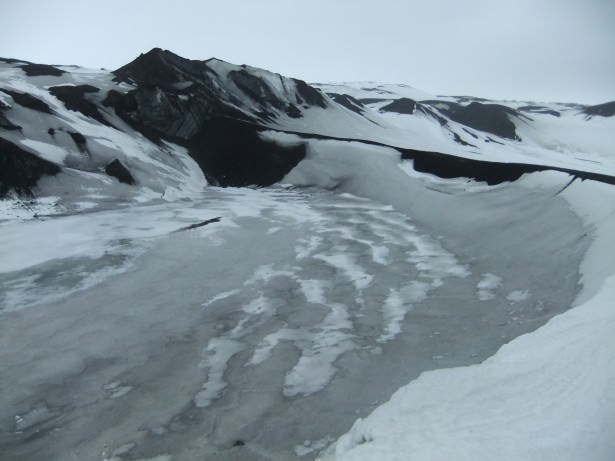 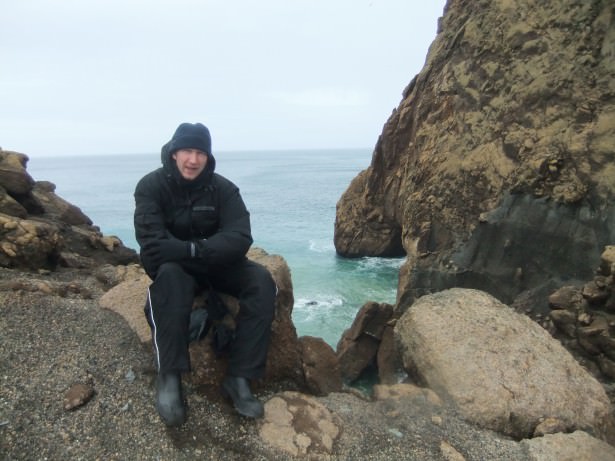 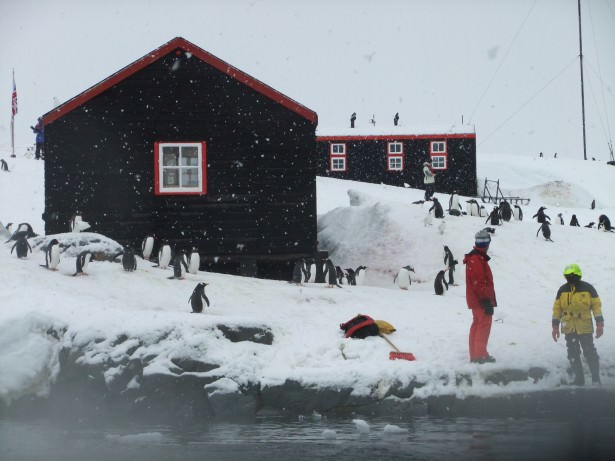 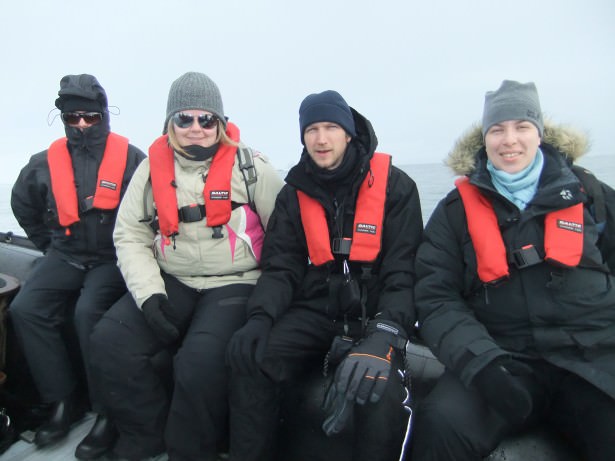 On a Zodiac cruising Antarctica in 2010.

If those five aren’t enough there’s also the “big one” for the extremists – visiting the South Pole! My budget didn’t take me there as it comes as a high cost, but if you do want to head to Antarctica on the cheap, check out my tips on it here: How to get a cheap trip to Antarctica. Live your travel dreams my friends!! 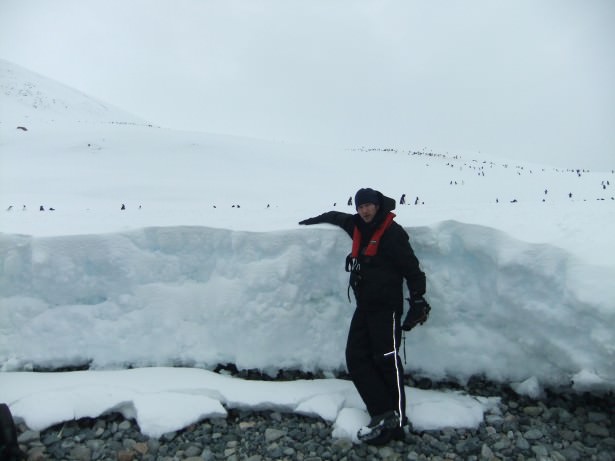 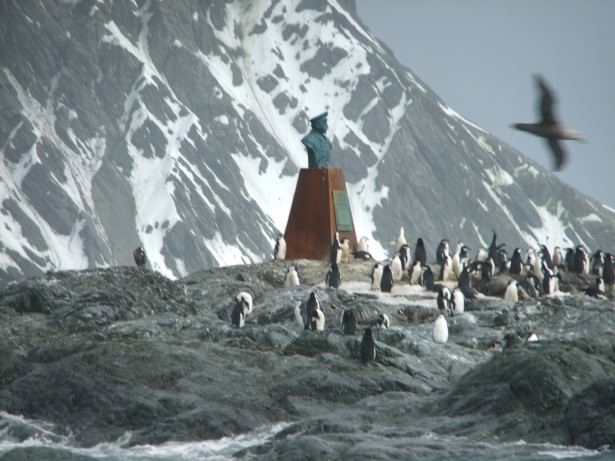 A photo I took at Point Wild in Elephant Island, ANTARCTICA 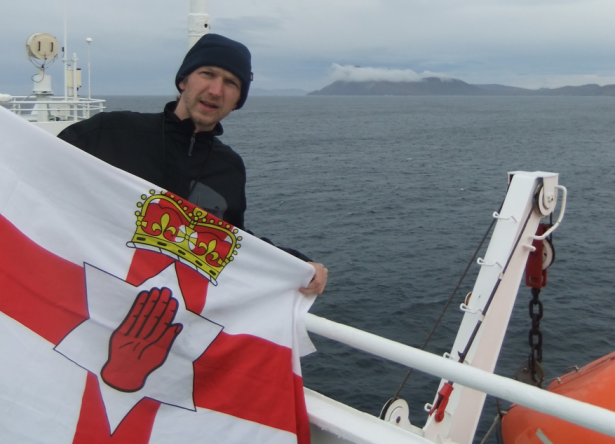 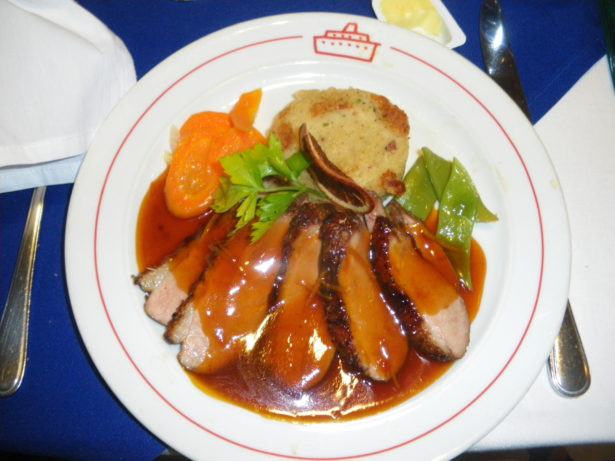 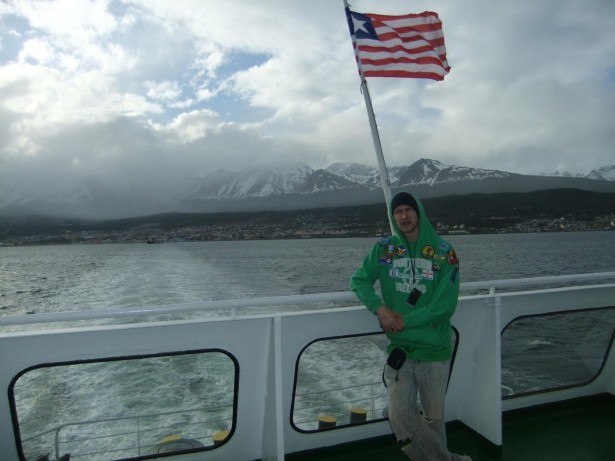 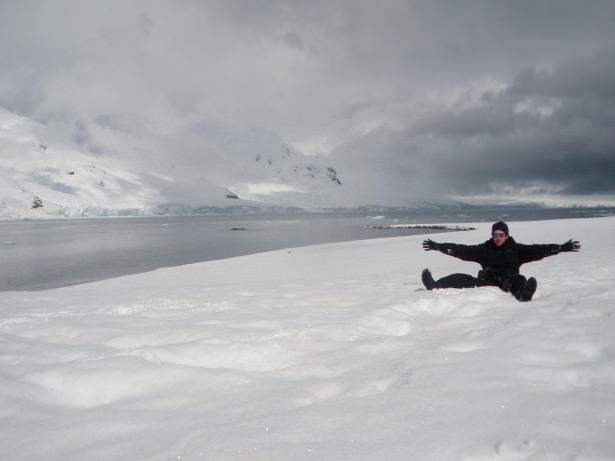 Enjoy the freedom of being offline while backpacking in Antarctica 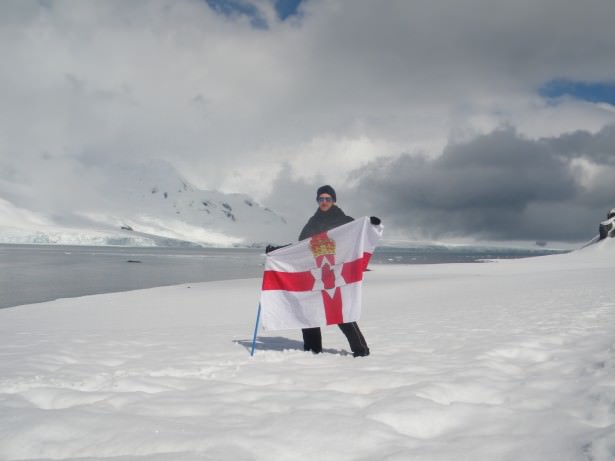