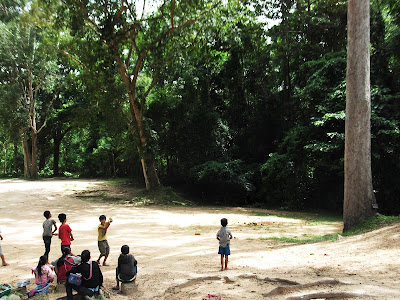 Kids find amusement throwing rocks at a tree and that serves as my introduction to the temple of Thommanon in Cambodia. This was part of a three day temple tour of the Angkor Temples north of Siem Reap in Cambodia. Since each temple is very different, they will have to be covered individually to avoid confusion. This temple, Thommanon was small but yet in good condition – it had aged well. It was built in the late 11th – early 12th century. 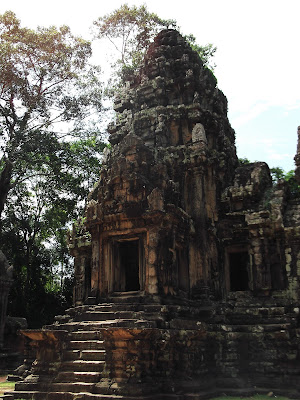 Front entrance to Thommanon. The style is similar to that of Angkor Wat. It is a Hindu Temple. It stands opposite another temple, Chau Say Tevoda, yet this one was built slightly earlier. 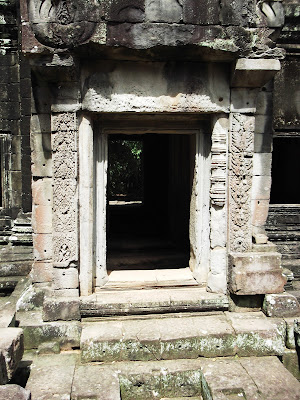 It was heavily restored in the 1960s. And is in good nick. The reason for this may be that it is not as touristy as the others. Anthony, Helen and I toured round Thommanon on its own. It was inside this temple where we were approached by Cambodian kids trying to sell us stuff (this happens a lot in Cambodia) and cue a funny moment… 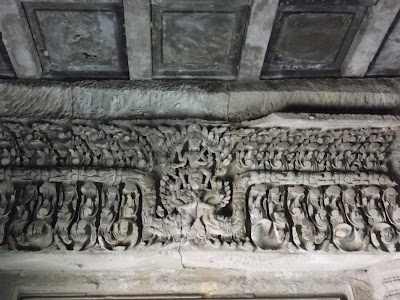 The above carving into the stone above one of the doors. Anthony and I laughed at how the Cambodian kids seem to pretend to know stuff about the temples, as well as knowing English. After asking if this was a Hindu Temple, Anthony asks the kids if the carving is of some bread, jam and butter. To which the kid replied “yes”. They’ll tell you anything! They also expect us to buy stuff. Well we didn’t really – except ice cream and Coke at one of the stops. 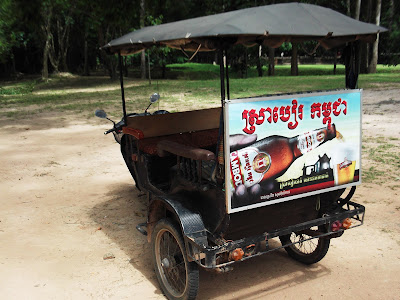