In backpacking buddies, it’s YOUR TURN to shine 😉 I’m delighted to be able to feature my backpacking buddies from down the years in this series. Each post will be a short 10 questions and a bit of background to someone else that I met on the road. Someone I shared some great times with on this journey. It has been overwhelming the last 13 years to have met so many interesting and inspiring people that I want to start featuring you all on here, get in touch if you want to feature, but of course only if you have met me!

In my latest interview with the backpacking buddies and friends I have made over the years, I am delighted to introduce Michel Reca, a German cyclist I met recently in Bishkek, Kyrgyzstan. 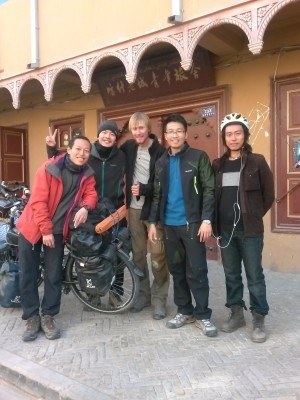 2. Where are you from?
Germany, Polska.

3. Where have you travelled to before?
This is my first trip i really would call travel. My way lead me over Poland, Lithuania, Latvia, Estonia, Russia, Mongolia, China, Nepal, India, Pakistan, Kyrgyzstan, Kazakhstan, Azerbaijan, Georgia, Armenia. 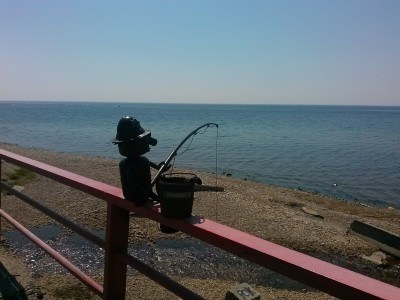 4. Where are you now?
In Georgia again. But this time in company with zyy, ro (china), david (canada) and min (korea) – so nice.

5. Where are you going/hoping to go next?
Turkey, after exploring Georgia, in our cycle band. 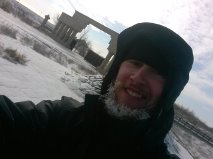 6. What is the weirdest job you have ever had?
No weird job yet. But nice question 😀

7. What is the crazist place you have been to?
I camped in a some crazy, or better said, stupid places.
Like up on a pretty high mountain near to Ulaanbaatar. So nice view. Beer tasted so good. Goats came and were surprised to meet me. But then i saw the horizone. Something dark came more near and near. The wind got stronger, i tightened my tent as much i could. Then I finished my beer and went into my tent. I fighted the whole night to get not blown away. It was a sand storm. The day after i was dirty abd sick, felt like a poor copy of sandman xD crazy stupid idea but now i dont regret, the beer and the goats > too good 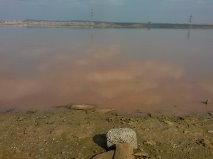 8. Where did you meet Jonny of Don’t Stop Living?
In the relaxed Bishkek in winter, at Apple Hostel. 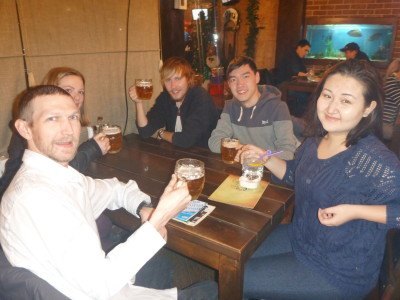 9. What is your inspiration for life?
Life is interesting, i don’t have a special inspiration yet, but there are many things and moments which inspire me again and again.

10. Make up your own question about life/travel and answer it – What do you think about me (Jonny) ?
Let’s meet up again in the future and drink Guinness as much as we like and more. While travelling you meet sometimes people with whom you really would like to spent more time. With a drafted Guinness it should happen please 🙂 keep going, you are a very good man!

Jonny’s Input
When I heard that Michel had been cycling overland around Eastern Europe and Central Asia and into China, India and Nepal, I loved his story! Michel has been to some truly off the wall spots including Pakistan, remote parts of China and Mongolia and of course our nights out in Kyrgyzstan. 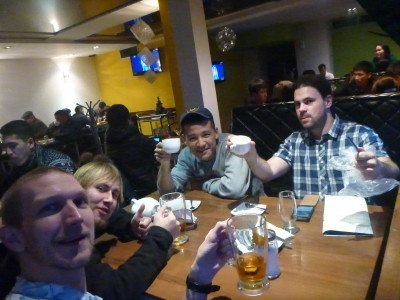 Michel and I partying with some mates in Bishkek, Kyrgyzstan on New Year’s Eve 2015

Michel and I were room mates for about a month in Bishkek, we partied together on New Years Eve 2015 and I hope our paths will cross again.