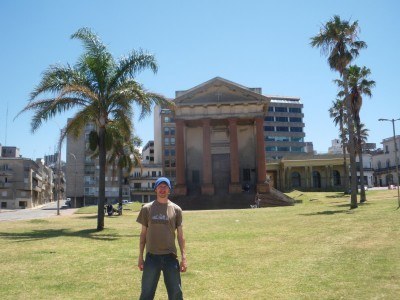 Backpacking in a Country: Top 5 Sights in A City, Town or Village

When you are backpacking in a country it is a cool idea, awesome in fact, to check out the top backpacking sights in some cities, towns or villages within that country. You will be totally inspired and you will love it. So if you are heading backpacking to country “x” (let’s called it Underbaijan, Countryonia, Peopleland, Democratic Republic of Human Beings or something equally ridiculous) get snap happy and share your top 5 sights with people who will never read it or care! These are the top 5 sure fire sights not to miss in a city in a country. I loved them all and you should too. 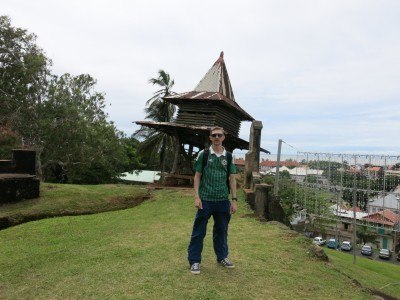 Backpacking in a Country: Top 5 Sights in A City, Town or Village in That Country

1.Some Kind of Main Square
Whatever city, village or town you end up in, there is bound to be a “main square” so get this on your list. It tends to have some kind of monument in it, often has roads on either side, but the square itself is normally busy with people. These days people take selfies here and it’s a cool place to do that to prove you were actually here. Not that anyone would ever fake visiting a main square… 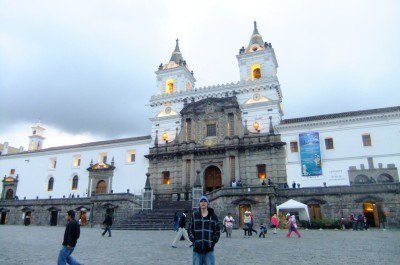 Some kind of main square by the looks of it. This will do.

If you can’t find a main square, any square will do. If there are no squares, find a rectangle, a triangle or even a dodecahedron. Just somewhere cool where people hang it. Don’t forget to brag about how cool it is and within minutes every person you know will be booking their flights to that exact square to copy your journey. Instagram the photo to make it look better because, let’s be honest you are a shit photographer! 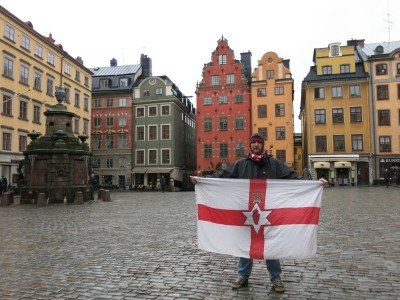 Some kind of main square

2.A Religious Building of Some Sort
Since the beginning of time, there seems to be people constructing buildings based on religion. Some countries try to claim this as a “state religion”. Known religions from my travels including hedonism, insanity and nudism. Whatever the country is, find out one of the main religions and get your photo took next to a religious building, at least that way it makes it look as if you “experienced the culture”, even if religion isn’t culture. 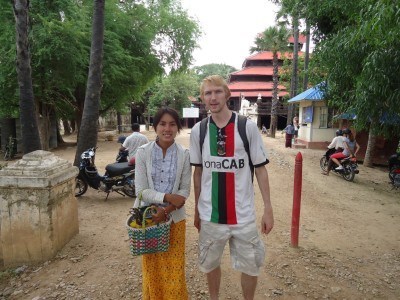 Some kind of religious building

All your mates will be so jealous that you are standing beside a cool building that nobody except that religion should really care about, yet we do. If they don’t charge you, go inside the building and prepare to be blown away by intense artwork and spiritual enlightenment. In most instances, keep your clothes on and don’t eat food inside. Be prepared to get at least 6 mates clicking like on a Facebook photo of this. But don’t be fooled. They are clicking like because they are friends of yours. They couldn’t give a rats dropping about where the photo was taken! 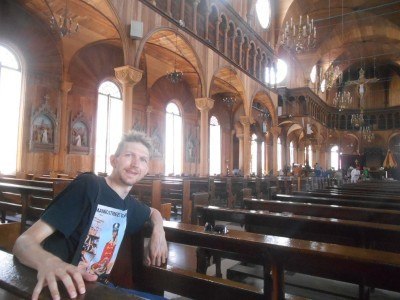 Inside some kind of religious building

As a bonus tip, try and meet someone who works there or knows about that religion and swap business cards with them. In fact, you could even add them on Twitter or Facebook. Whirlwind romances have been known to start by chatting up some religious dude or dudette outside their spiritual home. 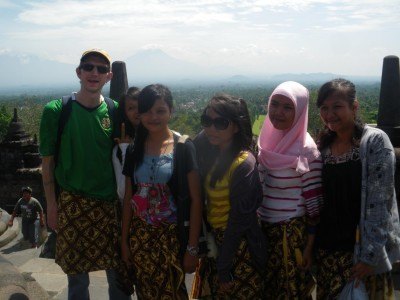 3.A Museum with Historic or Local Relevance
In most towns and cities, there will be a totally amazing and inspiring museum. Head in and pretend you are an expert on the history of this region. Pay the entrance fee, take some photos, make notes and a video. 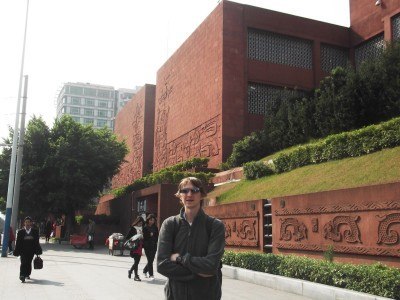 Some kind of important museum

Buy a souvenir on the way out and stick a photo on Instagram to make nobody jealous. 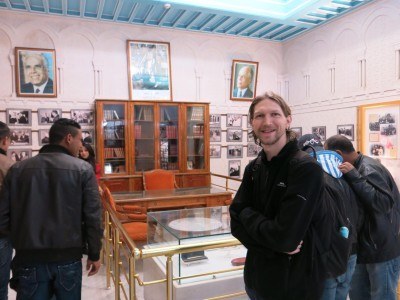 This museum is so so amazing

4.A Political Building
Lots of countries feel the need to make decisions for the people that live there. They often disguise this as “democracy”, a statement which is surely laughable in countries like China, North Korea and Iran. In which case, going to a political building is a cert to make your top five. You might be lucky and meet an important leader of the country. 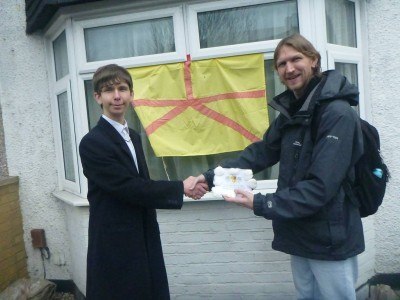 Or in the worst instance, at least take a selfie out the front and pretend you are a total expert on politics in this place. Let’s be honest the only reason you are doing this is to show how cool you are and prove that you have been stood outside such a remarkable building. Remember if someone shares your post about it on Facebook, they are being sarcastic and sympathetic towards you. You probably should have stayed at home! 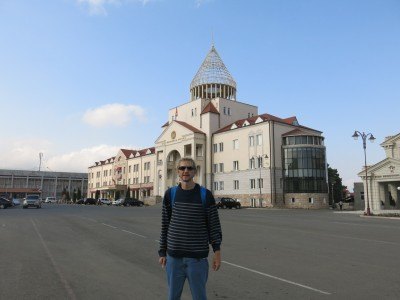 Outside a political building of some description. How cool.

5.A Football Stadium
Since this is my personal blog, I’m being a bit biased here and including a football stadium. I always try to check out a real life football stadium on my travels and get to watch a match. It’s normally 22 soccer players kicking the ball about. The winner is the one who scores the most goals, or concedes the least. The rules can get confusing, especially the away goals rule and the offside rule. See it as a learning curve and buy a rule book. Remind your backpacking buddies that they “should have gone to specsavers bruv”. And remember, even if you win the match, the referee is always a “wanker”. 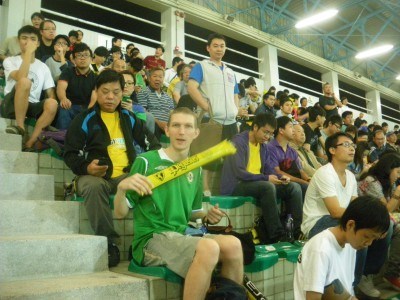 Watching football with the Chinese

It’s also a good idea to buy a football shirt and a scarf of the team you support and wear it constantly as well as going to actual matches. Although you are currently in a town in a country, you can visit multiple stadiums in the same country watching the same team, as this makes it more exciting. If you don’t, you’ll become a plastic fan and ironically, you should have stayed at home and watched the match on TV. You’d have saved money and can’t be accused of being a real hardcore fan. 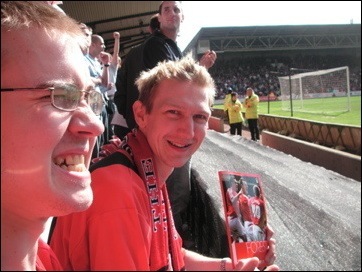 Buy a shirt, go the stadium and support your team!

And finally – remember, don’t forget that nobody is jealous of you or wants to be in your position. We are all the same and nobody would swap to be you. In fact, most people cringe at your selfies outside a main square in a city in a country. Nobody even cares that you are out backpacking round the world or even sharing top 5 posts on countries. As quite frankly, if they wanted to do it, they would do it themselves, not follow some wannabe on Facebook.

“That don’t impress me much” – Shania Twain

8 thoughts on “Backpacking in a Country: Top 5 Sights in A City, Town or Village in That Country”