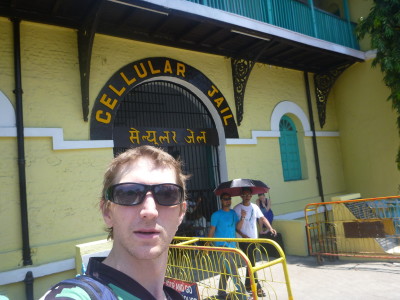 After booking a late minute crazy journey from Jonny (Chennai) to Blair (Port Blair), I arrived in the capital city of the Andaman Islands, Port Blair. This is not a city famous for backpackers to India. Another reason why I enjoyed it more than just the name of the city. But Blair in Blair was damn funny, I won’t lie. 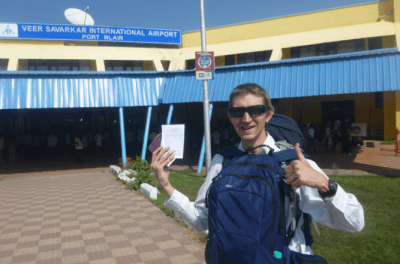 The border guards and airport staff in both Chennai and Blair kept double checking my boarding pass as it said Blair in the name and the destination section. Was it some kind of mistake? No, Sir! 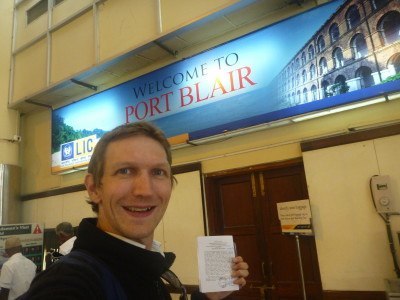 I spent my first night and day in the Andaman Islands in the city of Port Blair itself, staying at the Hotel Marine View. I set about checking out the key sights and finding a good local restaurant (Gagan Restaurant) for my Indian feed before leaving the city for some tranquil luxury at Peerless Sarovar Portico resort in Corbyn’s Cove. 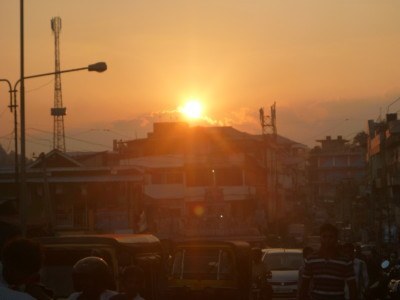 Sunfall in MY town

I hope I can do justice to this little unventured Indian State capital, Port Blair, so here are the sights and sounds that I loved while based here. It was a brilliant city except for internet! 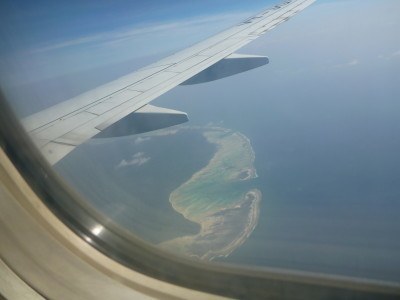 Coming into land in the Andaman Islands 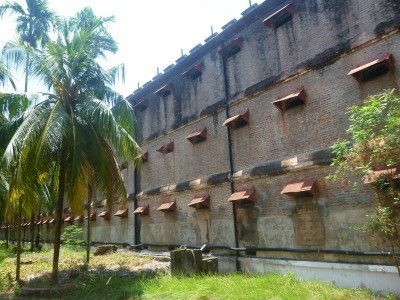 The museum and prison complex is very clean, well looked after and extremely informative. 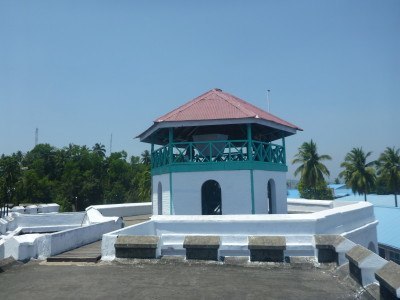 It’s one of the best prisons I have ever toured and it certainly reminded me of my time in Vietnam where I toured the Hanoi Hilton (Hoa Lo Prison). 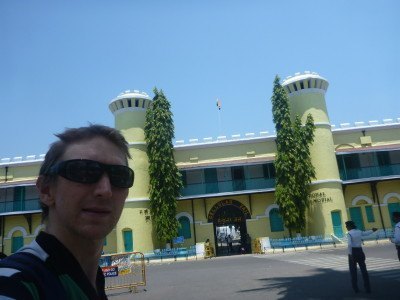 2.Aberdeen Bazaar
When I heard there was an Aberdeen Bazaar, I had to give it a visit. The odd thing is, I was expecting a proper “market” or “bazaar” but actually Aberdeen Bazaar is just the name for the area of streets where lots of traders sell their goods. It’s a busy market area – plenty of shops and some good hustle and bustle. 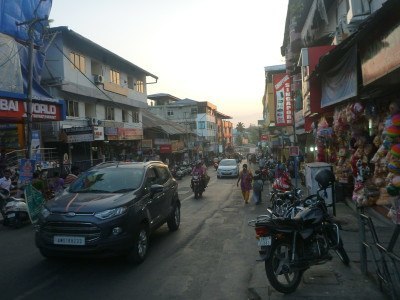 3.Mahahtma Gandhi Statue
Down by the bus station and near the taxi rank is a golden Mahatma Gandhi statue. Having toured Gandhi’s province and enjoyed the sights of Ahmedabad, it was nice to see that Gandhi’s influence and dominance was just as clear to see here, right near the Myanmar border. 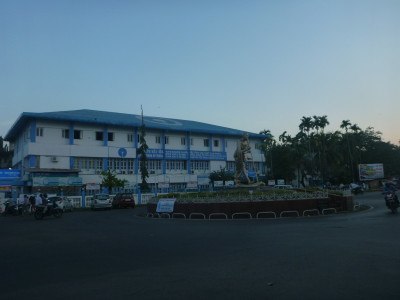 4.Port Blair Marina
I did a lonely coastal walk past Port Blair Marina for sunset on my first night. Boats leave from here to Myanmar, mainland India and some of the other Andaman and Nicobar Islands. I was here to relax and stayed on the one island, but if you have some extra time, you can get some cool trips sorted. 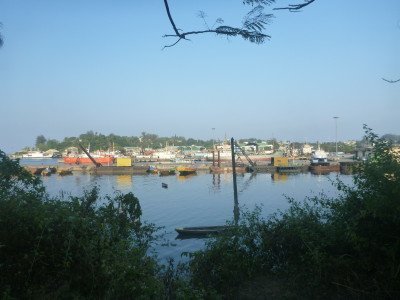 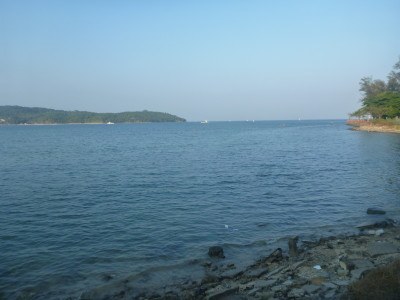 5.Jamil Masjid
The Andaman Islands have a good mix of Hindu, Muslim and Christian influences. The central Jamil Masjid is the city centre’s most obvious Mosque. 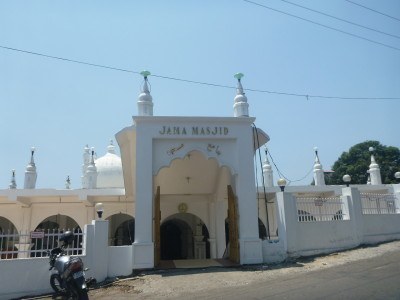 Jamil Masjid is the city centre’s most obvious Mosque

6.Netaji Cricket Stadium
I was able to watch a live cricket match here for free from the shade of an uphill bus stop. The main cricket stadium, Netaji Stadium is on the edge of the city, not far from Marina Park but also just a few minutes walk out from Aberdeen Bazaar. 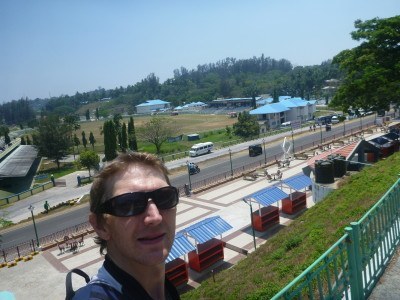 Yes, people from the Andaman Islands are just as crazy as the Indians about cricket! 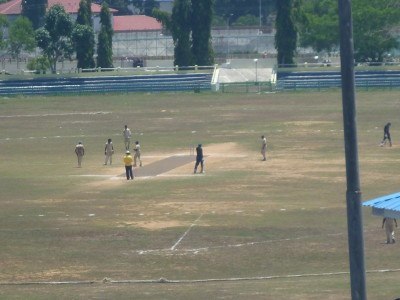 7.JNRM Football Stadium
As well as cricket, football still plays a part here as the second most popular sport. The stadium here, the JNRM Stadium reminded me of a stadium in Colonia del Sacramento in Uruguay. I was delighted that it was quite a big stadium. 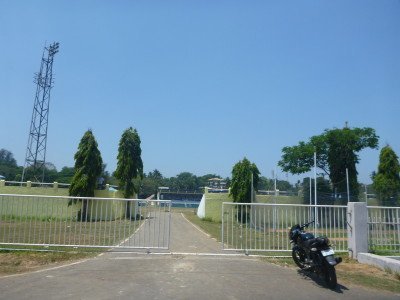 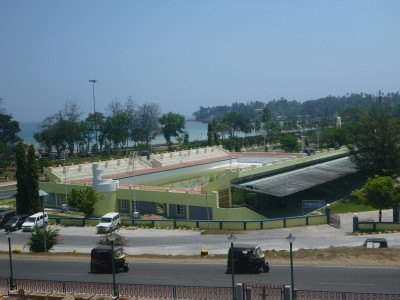 None of the teams from Andaman Islands play in the top tier of the Indian league, obviously geographically it’s not ideal. But the stadium houses local cup finals and has hosted tournaments between blubs from other countries. In this heat though, 90 minutes would be pretty tough!

8.War Memorial Clock Tower
The centre point in the city of Port Blair is the white war memorial clock tower. It’s unmissable when you backpack through the city. 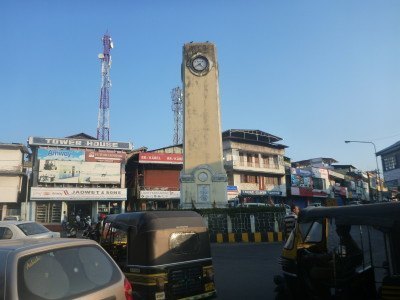 9.Marina Park
Statues continue to dominate Indian cities and Port Blair has a maritime history. This is reflected at Marina Park. 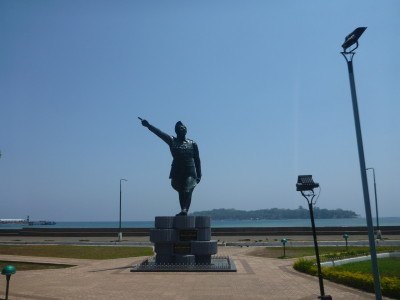 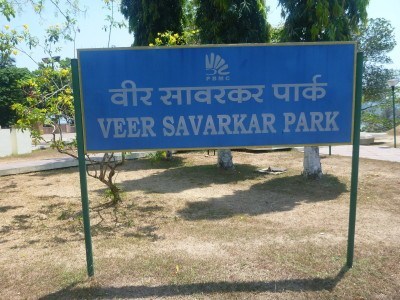 11.Sree Lashmi Vinayagar Hindu Temple
In the heart of Port Blair’s pumping CBD sits a cool hindu temple on a corner. The craziest thing is, there are shops either side, tuk tuks and motorbikes zooming past yet once you step into this temple on the triangle, it’s so unapparent you’re in a city of 100,000 people! 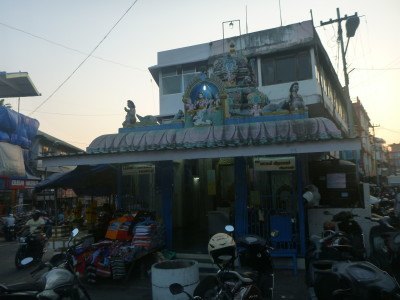 12.Gagan Restaurant
I have to put a mention to my favourite restaurant in Port Blair on here. Right opposite the Clock Tower is the Gagan Restaurant. Excellent Indian curries and hugely welcoming staff made this my point to eat on the only two nights I actually spent in the city centre. 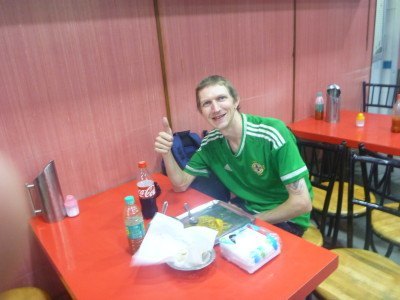 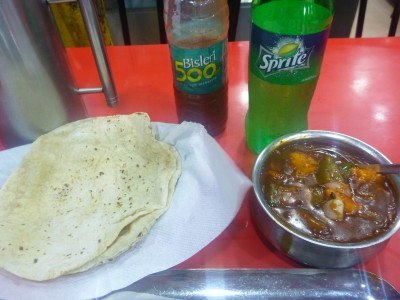 I was tempted to add in one of the city’s only bars to this list as well as the internet cafe. The internet cafe is a main sight here – the only place in the area where internet actually works! 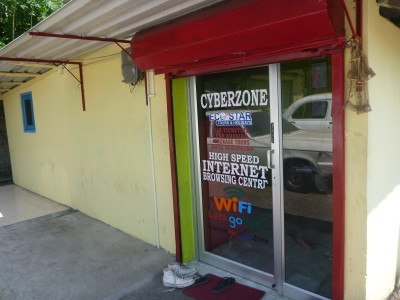 Here are some videos from my time in Port Blair, Andaman Islands, India: