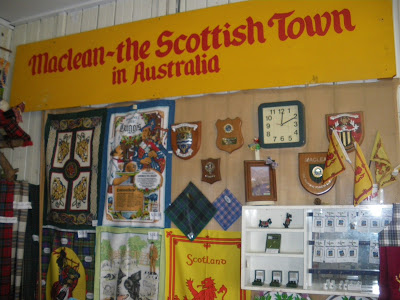 Australia has a few Scottish towns and influences of course (Perth for one, and Bothwell for another). 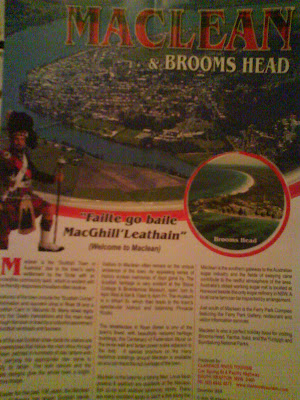 But Maclean is in the north part of New South Wales and I popped in to see what was there. 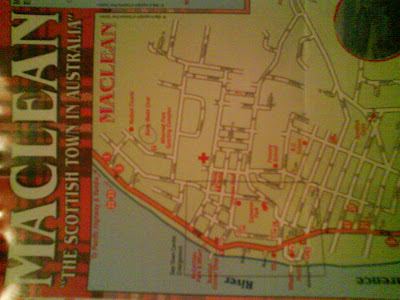 Advertising itself and promoting itself as “THE Scottish town in Australia”, tartan designs, bagpipes, murals, Scottish names and decorated lamposts give the town a good reason to claim that title. Were it not for the decent weather, you could be fooled into thinking yer in Dumfries… 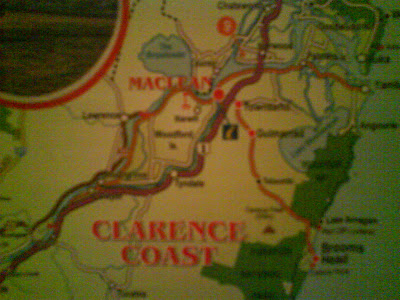 Maclean is on the Clarence Coast, by the Clarence River and near Woodford Island, which is rumoured to be the largest inhabited lake island in the world. 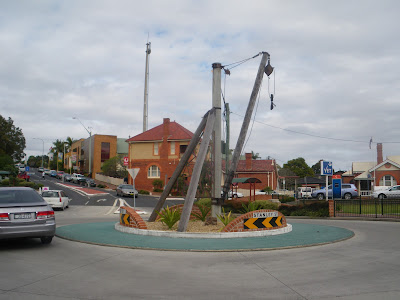 A roundabout in Maclean. I parked nearby. 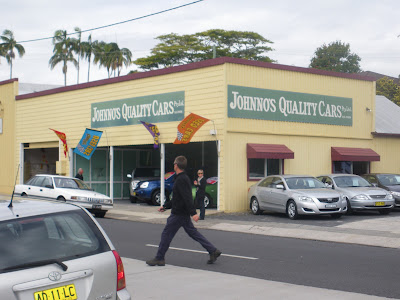 Either myself or one time GAWA colleague Jono Crute had seen a gap in the market and opened a Quality Cars shop. 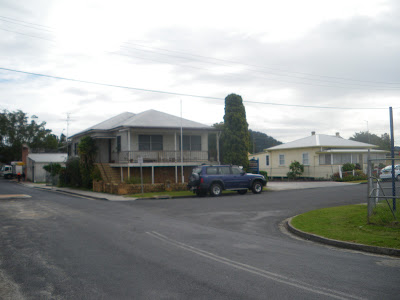 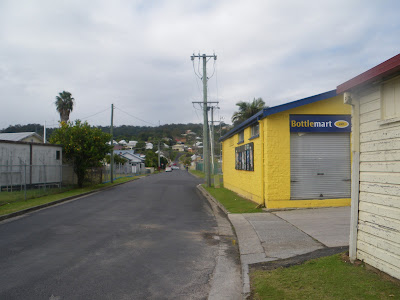 I was there early morning and the town was just waking up. Even the Bottlemart wasn’t yet open. Any Glennfiddich or Irn Bru? You bet! 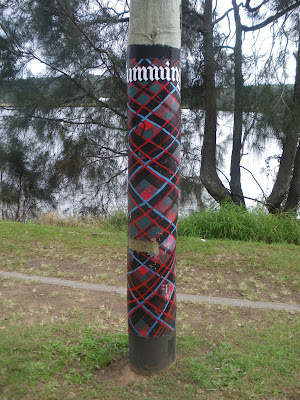 Every lampost has a different Scottish surname on it. I photographed this one because Cummings was on it – AFC Bournemouth’s left back for the past decade having been a Scottish international called Warren Cummings. My own surname and middle name both have Scottish heritage, so I had good reason to visit Maclean. However neither Blair nor Scott were given their own tartan lampost. A tad upsetting, but I gathered that it must have been the original Scottish people’s surnames that first emigrated to Maclean that were on there. 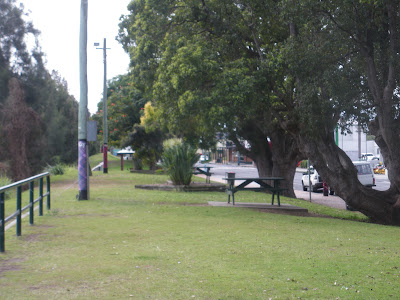 A nice wee park by the River. Picnic time. Ayrshire in disguise? 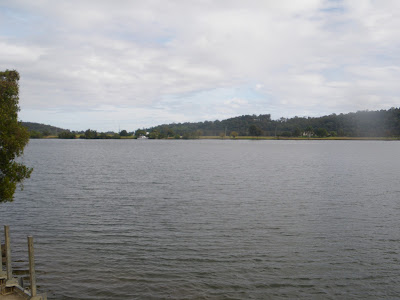 No sign of the Loch Ness Monster either, but I enjoyed a wee stroll along the Clarence River. Calm and relaxing. 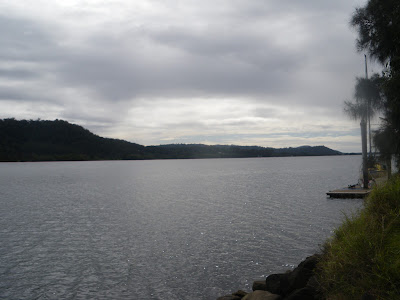 The Clarence River, that runs next to the town of Maclean. 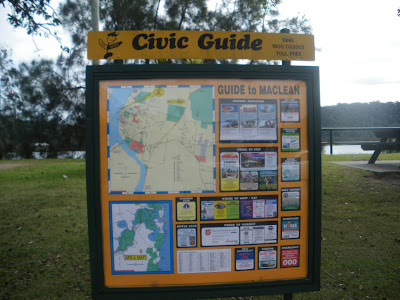 Australia is well organised when it comes to sights and tourism – in fact it is probably too well organised meaning they often publicise things that are so untouristy you wouldn’t believe. But the information and map of Maclean here was great. 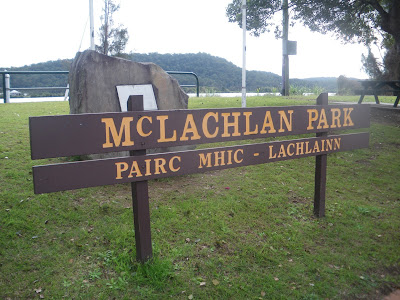 The park it was in was McLachlan Park, now if that doesn’t sound Scottish then neither does Haggis. 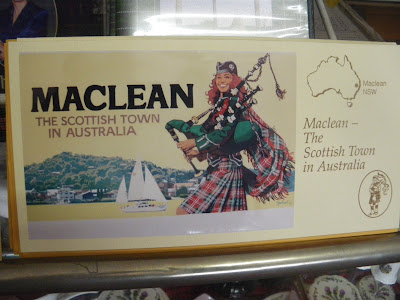 A man with ginger hair, tartan kilt and bagpipes is the symbol of Maclean. 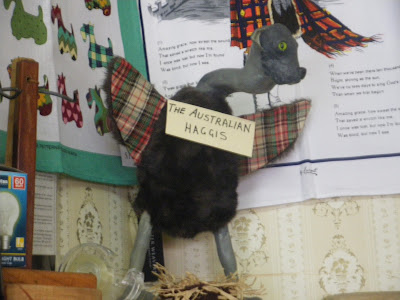 The Australian Haggis! These photos are taken from the tourist information place which doubles up as a Scottish shop and plays non-stop Bagpipes and Flute music. 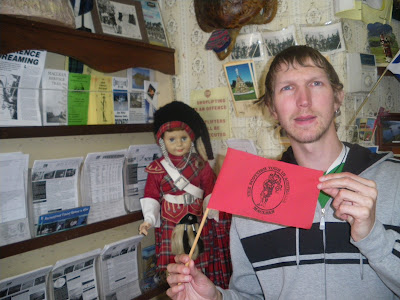 Inside the shop with a flag for the Scottish town. 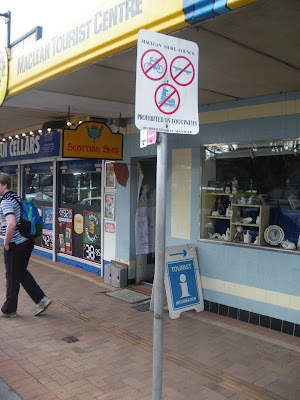 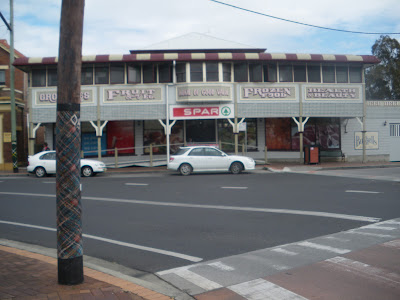 The Spar and the town’s main shopping area, from what I could see. 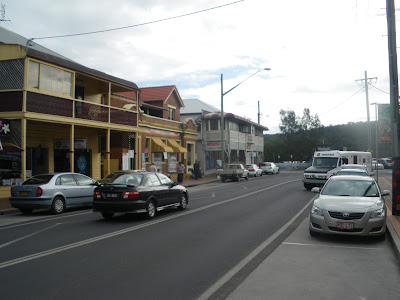 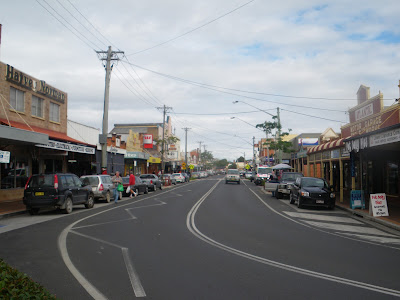 I’d estimate that this was the main street. I also parked on this street. 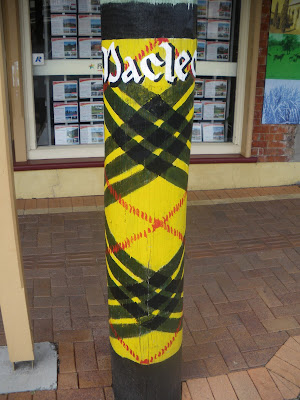 Not forgetting the actual lampost of Maclean itself. 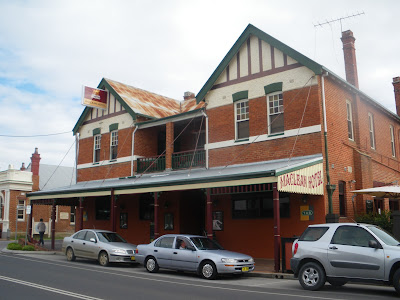 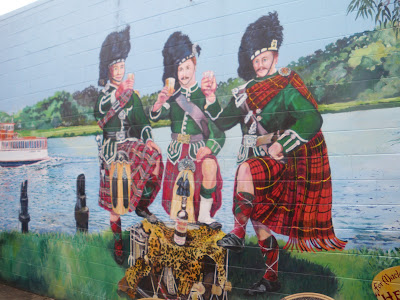 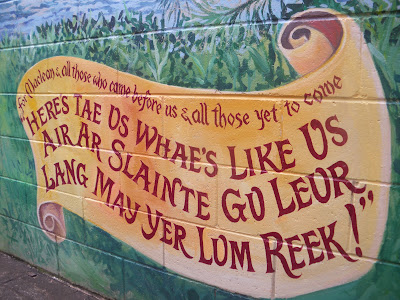 Those who understand Ulster Scots may be able to read that, for the North Down and Ulster in me, I couldn’t quite get the entire gist of it! 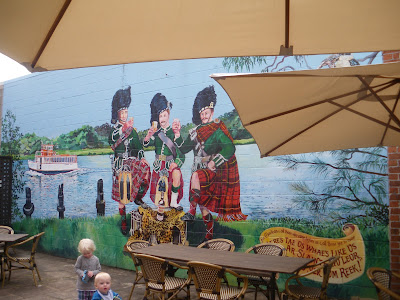 And a final salute to Maclean – the beer garden. Sadly I was driving and was on an epic journey back to Parramatta having just visited Owen Millar in Brisbane so a wee beer had to be declined – the bar had just opened as I was leaving too. But it was nice to see a wee part of Scotland in New South WALES. Ironic that. Scottish colonialism goes further than you think. Dunedin in New Zealand named after Edinburgh, in Australia I had seen Bothwell and Maclean and I do believe that it was a Scotsman who brought the game of football to Argentina or South America!

What – The Scottish Town in Australia

I’m going to be lazy and post the Wikipedia page for it:
http://en.wikipedia.org/wiki/Maclean,_New_South_Wales

Key Song –
FLOWER OF SCOTLAND (SCOTTISH NATIONAL ANTHEM sung by The Corries):
My Videos –
MACLEAN BY THE CLARENCE RIVER IN NEW SOUTH WALES, AUSTRALIA:
Join 15,017 Monthly Readers! If you enjoyed this article and LOVE travel and SAVING money, get e-mail updates from Don’t Stop Living – a lifestyle of travel! (It’s Free) 😉 Jonny

1 thought on “Backpacking in Australia: Touring Maclean, The Scottish Town”