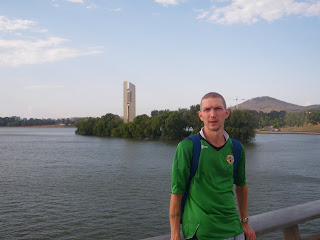 What is a Carillon? I’m not really sure and I’m not going to look it up in a dictionary, and the first time I’d heard that word was January 2010, while in Canberra, Australia’s under-rated and often over-looked capital. Sitting nicely and obviously in front of Lake Burley Griffin, lies this “Carillon”, which is actually a national musical monument.

I noticed it on the first day in Canberra, when we were walking round the lake, across two bridges (King’s Avenue Bridge and Commonwealth Avenue Bridge). It is very striking and you wonder what it is. That first day, we simply walked past it, and got a few photos. But I learned that they host “Recitals” at the National Carillon, and wanted to go to the next one. 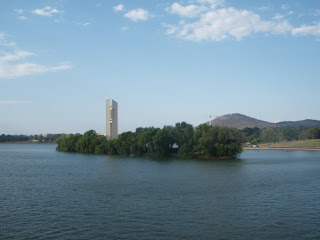 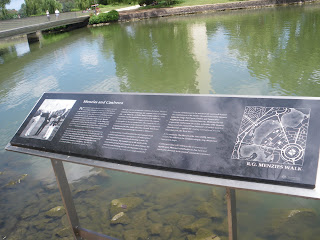 The National Carrillon is not actually situated “in” Canberra, as it’s on an island – ASPEN ISLAND. So you have to walk across a bridge just beyond Commonwealth Park to get there. The National Carillon of Australia is on Aspen Island, Lake Burley Griffin, on Wendouree Drive. To get there walk through the park or if driving, its down Constitution Avenue. 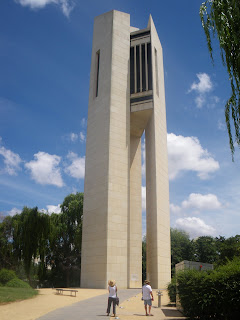 The National Carillon is 50 metres high and is one of the world’s largest “carillons”…the wonderful chimes of it drift across the quiet capital city, echoed perhaps in the lake and surrounding mountains from a sound of 55 bronze bells. Many different styles of music are played by it, from original compositions specially written for the National Carillon to popular arrangements and improvisation. 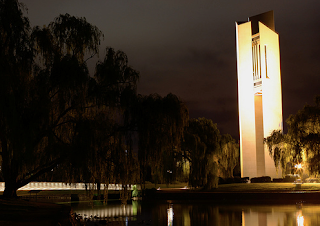 It also looks pretty good at night, when lit up against the riverside. So we got there around the start time that Sunday, which was 12.30 pm. I totally expected it to be busy and like some kind of big event. But this is Canberra. Nothing here seems to be busy. The three of us walked through Commonwealth Park and across the bridge to a spot of grass in front of the national Carillon. the sun was beating down and we found some shade to lie down in. 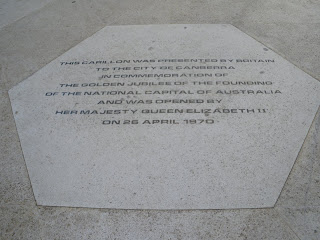 The National Carillon was opened by the Queen herself, Elizabeth the Second, back in 1970. The Carillon was actually a gift from the British, a plaque at the base of it reads: “This Carillon was presented by Britain to the city of Canberra in commemoration of the golden jubilee of the founding of the national capital of Australia and was opened by Her Majesty Queen Elizabeth on 26 April 1970.” 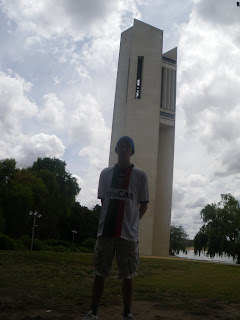 And I picked up a programme for the Carillon’s performance and we lay down and relaxed there. The performers, or “Carillonists” for the day were Lyn Fuller and Kerryn Milligan. Presumably they sit high up inside the Carillon to play the music, which was loud and pleasant. 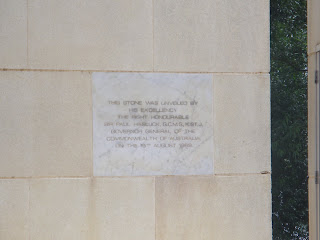 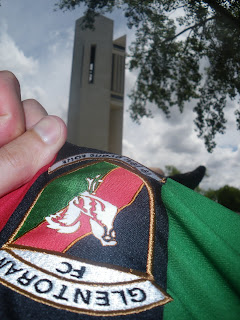 I must say the sounds are pleasant and it was one of the most relaxing times I’ve had in Australia. Definitely go and see it – just don’t expect big crowds or any singing. It’s simply good music played from a decent looking monument. 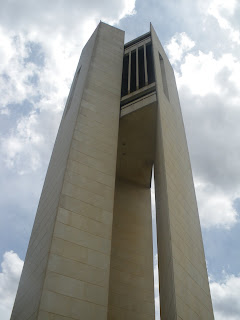 Who went – Jonny Blair, Daniel Evans, Neil Macey
What is it – A national monument that plays music
VIDEO OF THE PERFORMANCE FROM THE NATIONAL CARILLON:
Join 15,017 Monthly Readers! If you enjoyed this article and LOVE travel and SAVING money, get e-mail updates from Don’t Stop Living – a lifestyle of travel! (It’s Free) 😉 Jonny