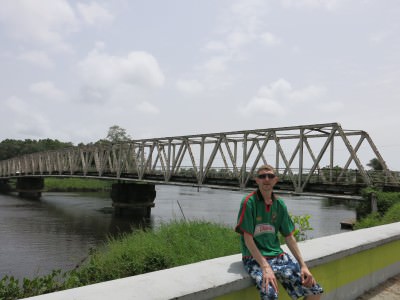 OK so after crossing from Brazil into French Guyana, we were keen to explore some of this unusual country. It’s basically a part of France bunged right into South America. We toured the capital city of Cayenne including turtle watching at Novotel Beach and then we spent a night in the coastal town of Kourou. We hired a car to make things easier when touring the country and after leaving Kourou behind, we drove straight to the town of Sinnamary. 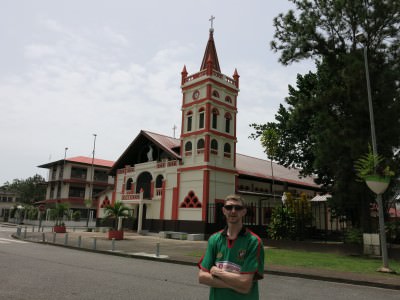 Admiring the wooden church in Sinnamary.

Sinnamary is a quiet village more than a town. French Guyana is quite an odd place. It’s almost like the most laid back version of France you can ever see. Sinnamary offered us some rustic charm and the day involved two travel mistakes, which I will write more about. 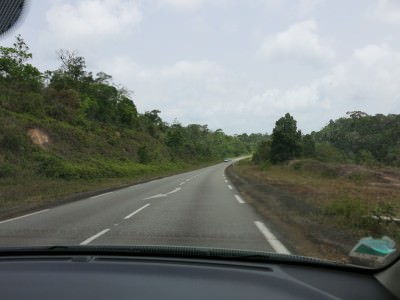 Driving through the French Guyanese countryside to Sinnamary.

On arrival in Sinnamary, we firstly we parked by the river and admired the views. 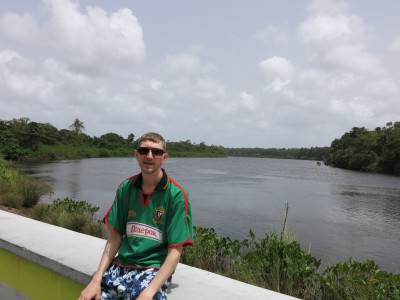 By the Sinnamary River, French Guyana.

A cool church sits opposite the river. It’s orange/red and cream coloured and made of wood. 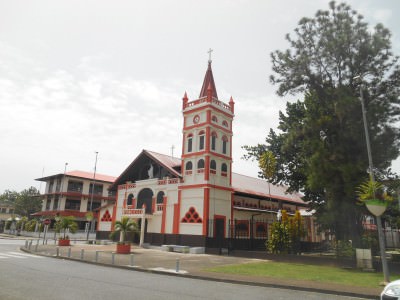 The cool church in Sinnamary.

We saw a hotel which wasn’t even open. 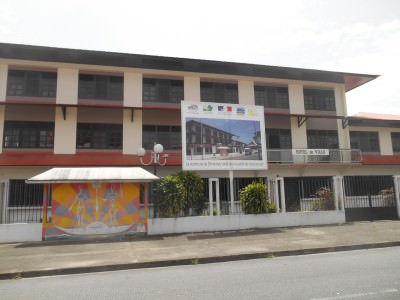 A “hotel” in Sinnamary. Not a backpacker in sight.

We were also parked near a bridge. 3.5 tonnes maximum allowed. The river it goes over is also called the Sinnamary River. Sinnamary is so untouristy. 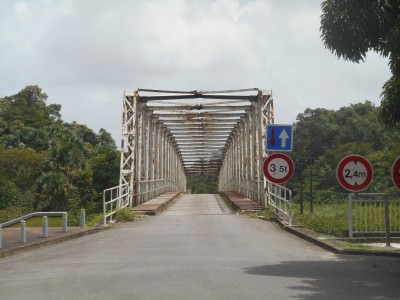 A bridge in Sinnamary, French Guyana.

The main street has a few shops and a post office. Life slows down to a halt here in French Guyana. The population of Sinnamary is just 3,100 ish. 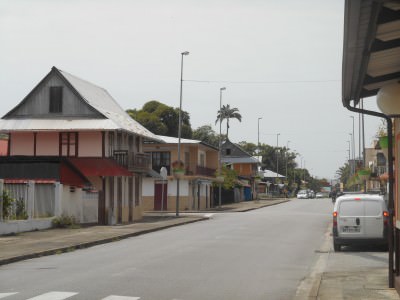 It was by the Sinnamary river that Panny my girlfriend told me she had done something a bit silly. Having checked out of our hotel in Kourou (the Ballahou), Panny had three items in her hand: her phone, an air conditioning remote control and a TV remote control. For some reason when she went to hand the two back to the hotel, she gave them her phone and the air conditioning remote and kept the TV remote. Crazy – this meant in her handbag was a TV remote control. Useless to us! And we had driven all the way west to Sinnamary with it. Panny’s phone, was, hopefully still in Hotel Ballahou in Kourou… 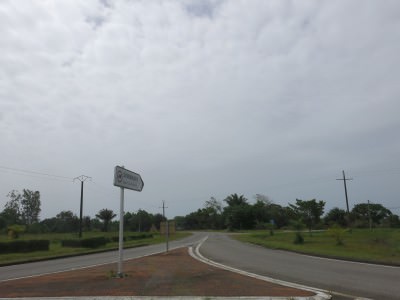 So we had to drive all the way back to Kourou…

We had driven about 70 kilometres from Kourou to Sinnamary. Now we had to drive all the way back to Kourou in the hope the hotel was open and that they had Panny’s phone. French Guyana is completely laid back and lazy. Sometimes you are never sure if people are being serious or they are pretending to be this relaxed! Most of the time it’s for real. 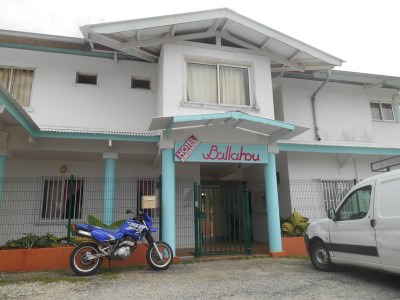 Ballahou in Kourou – the hotel where we accidentally took the remote control for the TV.

But we had to drive all the way back now, doubling things up. On arrival back at Ballahou, low and behold Panny’s phone is there and we swap it back! Panny’s phone was fine – she swapped it for a remote and we then passed Sinnamary for the second time. Worth a look if you have hired a car – if not, forget it. Public transport doesn’t exist here anyway. Backpacking in French Guyana is great fun, but it will also test your patience…Two videos , one from Sinnamary and one when we got the phone back:

6 thoughts on “Backpacking in French Guyana: Sinnamary and a Television Remote Control”