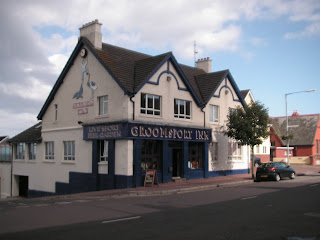 Backpacking in Northern Ireland: Exploring the Village of Groomsport

I often like sublime, quiet and relatively unknown places just as much as the big, popular cities and towns. This particular “settlement”, called Groomsport, is a Northern Irish village, located by the sea in the Belfast Lough, very close to Bangor and not too far away from Newtownards. My sister worked in Groomsport for quite a few years, and I used to work with a guy, Chris Stafford, also from Groomsport. So what exactly is Groomsport? 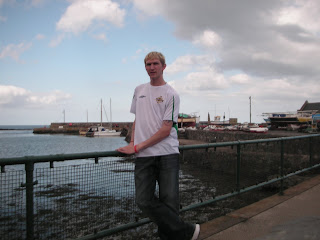 Basically it is a quiet village, neither wealthy nor poor, it is predominantly Protestant, and is a very beautiful little typical Northern Irish village. I spent manys a day as a kid on Groomsport beach, also played football in the wee park there, and when I got older I had the occasional pint in the local pub. A very small harbour is the main focal point of the village, which has just one main road through it, you can see the sea from most of this road. There is a nice pointed war memorial in the main park, which contains shrubs, tennis courts, paths and a large grassy area where football can be played. The people are of mixed ages and friendly. The local pub, the only real “pub” is situated on the main corner between the harbour and the main street. It used to be called The Lock And Quay, a nice double pun in that title. 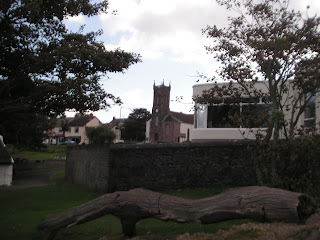 However more recently it has been renamed “The Groomsport Inn.” There is also a popular restaurant in Groomsport, called The Stables, and an old hotel, which is not frequently used, that is called “Groomsport House Hotel.” Some of the village’s kerbstones have been painted red, white and blue on occasion, to demonstrate the political opinion of most of the local. It is mainly a British, Unionist, Protestant location, with an Orange Hall and Protestant Churches. It is very popular with dog walkers, for its beach and park, and the walk through the nearby woods, which separates Bangor’s Ballyholme from Groomsport. 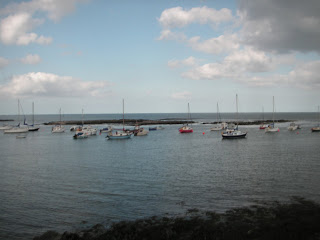 In truth it is a very quiet, tranquil place, but is one of those places I’ll always remember from my time growing up in Northern Ireland. I visit it every now and then when I am back in my homeland. Everybody knows everybody in Groomsport, its population wouldn’t quite reach 1,000, but its a nice place to rest your head away from the world. Just stare blankly at those Northern Irish waves… 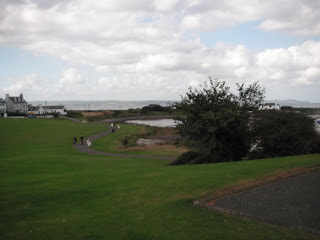 Some information I found online:

Groomsport is classified as a settlement within Belfast Metropolitan Urban Area (BMUA) by the NI Statistics and Research Agency (NISRA). On Census day (29 April 2001) there were 873 people living in Groomsport. Of these:
11.7% were aged under 16 years and 41.6% were aged 60 and over
45.7% of the population were male and 54.3% were female
7.9% were from a Catholic background and 88.9% were from a Protestant background
2.6% of people aged 16-74 were unemployed

By the 17th century the village was known as ‘Gilgroomsport’ and at this time, before Donaghadee became the main port for embarkation for Scotland, Groomsport’s harbour was significant enough to have its own Customs House. Indeed, Groomsport narrowly missed out on New World fame when the ship Eagle Wing set out from the port, with 140 men, women and children, to attempt an early trip to North America in 1636 only to be defeated by bad weather after eight weeks at sea.
By the mid 1800s Groomsport had a relatively large fishing fleet and housed a lifeboat station in its sheltered bay. The population of the village was employed mainly in agriculture, fishing and loom weaving. Whilst living conditions were hard, the coming of the railway from Holywood to Bangor in 1865 made the village much more accessible and the standard of living improved. Groomsport had its own halt and station on the Newtownards to Donaghadee line and the village became a popular destination for visitors.
The population was only 360 in the 1951 Census but this has increased substantially in the last few years with the construction of new housing developments. The harbour has found new popularity, with a sailing club and a collection of pleasure craft. Two former fishermen’s cottages by the harbour have been restored as an attraction for visitors.