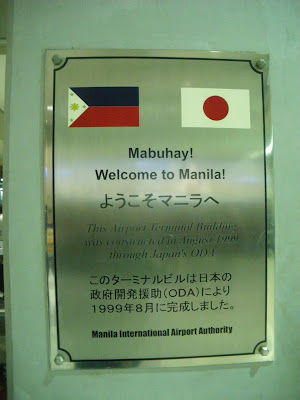 Backpacking in the Philippines: One Night In Manila

Oh the joys of random travel, flight connections, transit visas, overnight stays and bonus visits to new cities, as Manila was for me on this trip. I flew by Jumbo Jet from Hong Kong, arriving late on a Saturday night, a day which had seen me work in Yuen Long, Hong Kong and meet girlfriend Panny Yu and my mate Millwall Neil who happened to be in Hong Kong at the time. Before the clock struck midnight, I had arrived in Manila. For one night only… 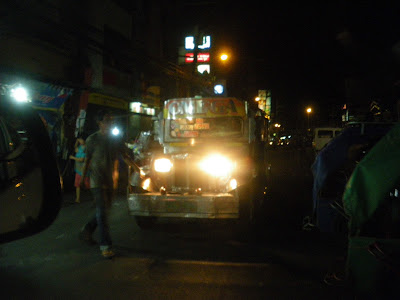 I got a taxi from the airport to find my hostel which was nicely situated in Baclaran in a place known as Paranaque City, a suburb of Manila. One I had chosen due to its proximity to the airport rather than its popularity. Had I had more than one night there, obviously I would have stayed more central. The taxi driver Roberto was a typical Philippeno – underpaid, always spinning a yarn and doing all for money – but he found me my hostel, which in the darkness I couldn’t have done! 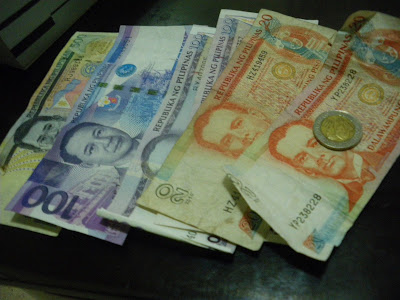 I had my Philippeno Pesos ready to roll. Strange currencies is another fascinating element of random travel. So now I was in Manila for one night, what was I going to do? Well to be honest – have a beer, relax and then sleep! 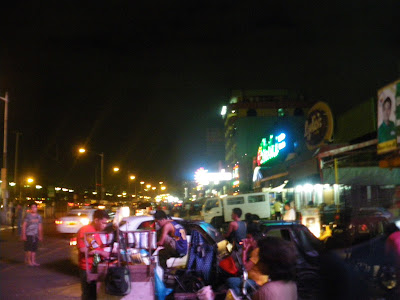 After checking into the hostel it was time for a walk around the area in search of a beer. I went onto the main road known as Roxas Boulevard to sample what the locals get up to in this area. The area of Baclaran seemed rather poor. It was hot and stuffy. People seemed to hang around outside on the streets. It was a Saturday night and quite busy. I did actually invite one of my room mates out to see the city and have a beer with me in a pub, but since he didn’t want to, I decided on a short stroll along this street, find an off licence and drink on the small porch by the hostel entrance. 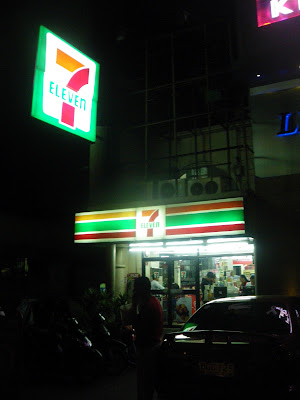 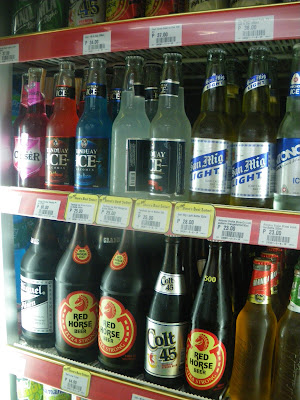 I decided to buy 3 beers. I went for 2 Red Horse and 1 Manila red. They were all in bottle (my Manila red on the flight had been in a can). Previously in life I had also tried San Miguel and San Miguel Light (neither to be confused with the Spanish beer – these are brewed in the Phillis! Plus I had tried Colt 45 before as well in Bangor of all places). So my purchase was complete. 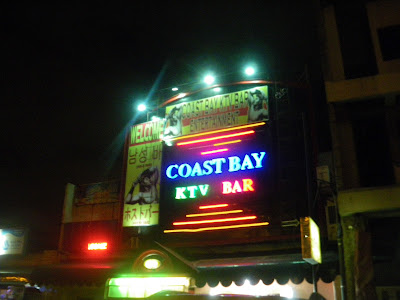 My leisurely stroll in the heat did take me past a few bars and a few of the girls on the doors did shout over perhaps thinking I was foreign and they invited me in. I declined. I would relax on the porch, text Panny and phone my parents. I was relaxed. Sure if I’m going to see Manila properly its better to come back and see it on a longer trip. One night gives a nice sample for a place but is not really enough to give any kind of real opinion, even though my opinion was good so far! We also passed by a KTV place – a karaoke venue these are famous all over Asia so it was no surprise to see one. 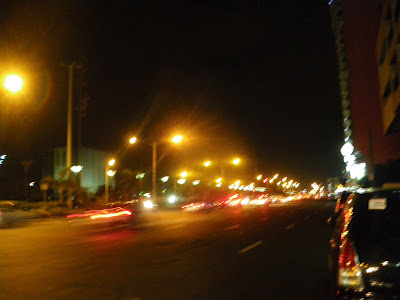 Traffic flies past on Roxas Boulevard. There were lots of Tuk Tuks (similar to those in Bangkok, Thailand) but these are known locally as Kalesa here. Other things of note I passed was a Shell petrol station – the only one in the area, many Jeepneys (similar to the Panama/Colombia style long cars!). The Jeepneys look cool, local and a tad dangerous.Not just the way they fly past, but poor little kids hop on and off. The sort that become thieves in their own neighbourhoods just to get by. Sad but true. Rubbish also covers a lot of the side streets, reminding me of Buenos Aires, but in a more sad way. BA has the richness around it, here is a relaxed and less wealthy environment.Taxi drivers and Kalesa try to lure me in but my hostel is way too close. I didn’t fancy walking far anyway. 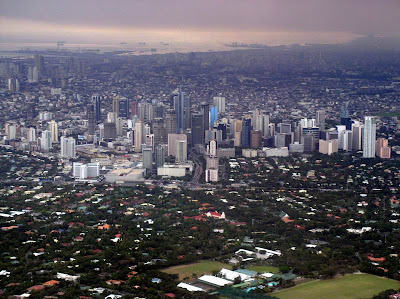 Manila by day and from above. A nice looking city, definitely an idea to head back there at some point. 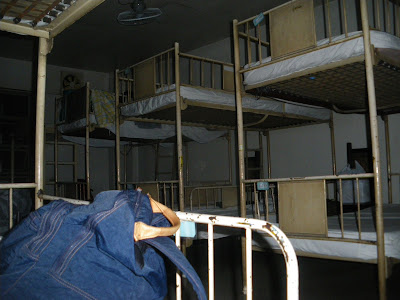 I actually stayed in a 34 bed dorm. I had just one small bag with me and not all the beds were full. It was an all male dorm, and there were two showers and no toilet roll, soap or towels. Of course I knew all that and had my own, but not everyone will. I chose a bed right in the middle of the room.  My bed was about 2 pounds for the night – 270 Philippine Pesos. Carlo is the hostel boss and I also met Serena and Stella on reception.One of the guys in my bedroom I had invited for a beer- he later came down to join me but only for a few minutes as he was there on business and was working early the next morning. 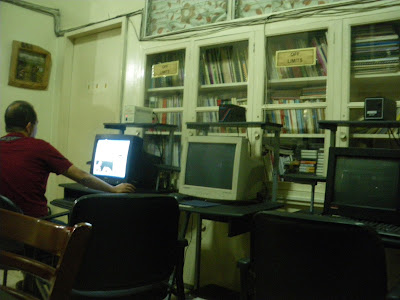 The hostel lounge included some old computers that were excellent for internet access. Old school and a library full of books to read in behind, if you can be arsed. 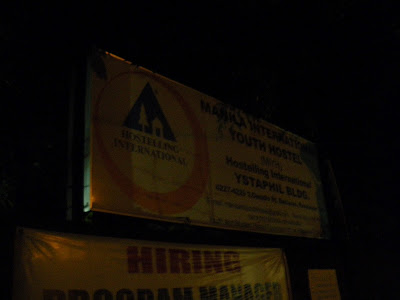 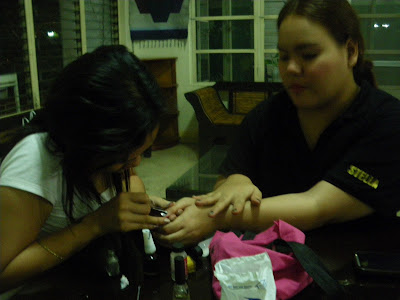 Serena paints Stella’s nails. Before they got busy again with check ins. 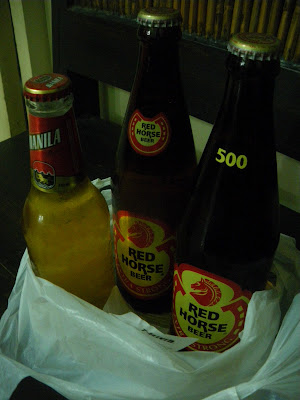 It was time for a hat trick. I drank the two Red Horse first and they were kept chilled for me in the hostel fridge. Red Horse was much nicer than Manila Red Beer. The bottle of Manila Red Beer was actually rather horrible, odd given that the tin I had on the flight was great. As I drank them I texted Panny Yu and phoned Mum and Dad all the way in Northern Ireland. I didn’t even sleep early as I was happily drinking and later chatting to other guests. The cats are very thin and mal nourished – several passed the hostel. There are lots of mosquitos and my insect repellent was in my flight luggage in hold at the airport for Singapore in the morning. A dude from Coventry kindly leant me his. 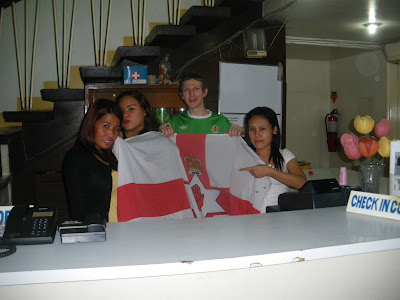 My Northern Ireland flag of course had to make an appearance. Whether its only an overnight stop or not, doesn’t mean I shouldn’t take the chance to get the Philippines girls in on the act. Behind reception. 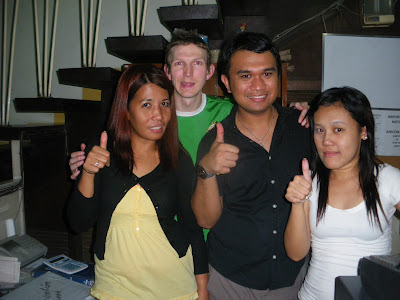 And with Carla the owner. 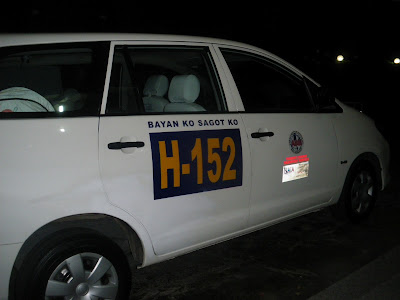 Morning came however and I was awake before dawn broke and walked across the road where taxi drivers wait. 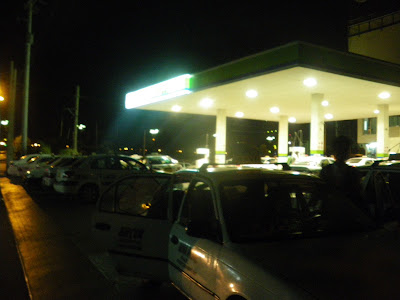 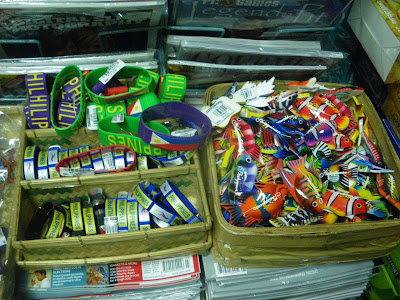 Still time for souvenirs from Manila. 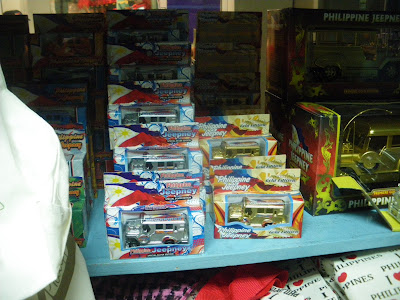 Get yourself a model Jeepney! 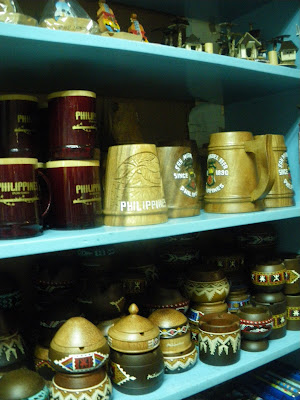 More Philippine souvenirs. Got my Mum a fridge magnet, would have felt a bit odd buying anything else, as I hadn’t really been there. 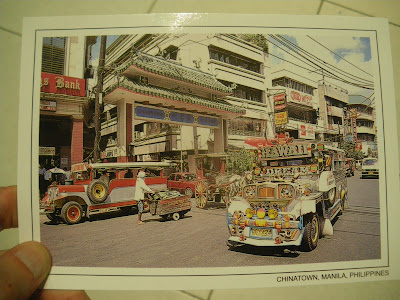 And of course time for a postcard for Panny Yu and kid brother. Jeepneys and Chinatown. 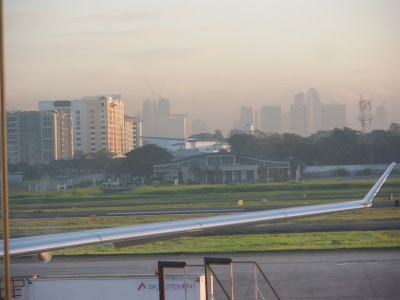 The city of Manila from the airport. As close as I got during proper daylight. My aeroplane with its Philippines tail and flag shining in the mid morning sun with Manila’s skyscrapers in behind. 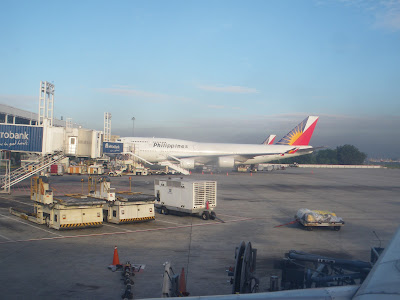 Manila International Airport didn’t seem busy despite my flight delay, despite the vast population of the city and country. 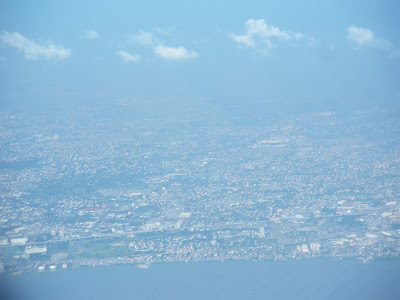 My view of Manila from the flight to Singapore. I had left the city less than 12 hours after arriving, my mini Manila experience had been a bonus and a blissful one. Especially the relaxing Red Horse beer and 34 bed dorm. 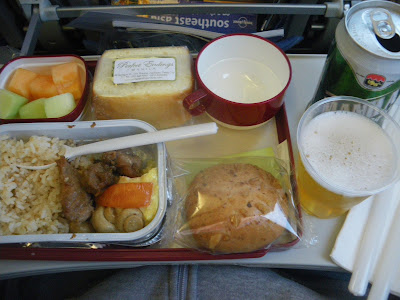 A hearty meal on my flight out of Manila, complete with a green tin of Manila Light beer, the third different Philippines Beer I tried in less than 20 hours. I have since been back of course and you can view lots of my other articles on the Philippines here.
City – Manila
Population – 12 million
Where I Stayed – Manila International Youth Hostel, Tomas Claudio Street, Baclaran, Paranaque City, Manila, Philippines
Money Spent in one night – 1,500 Philippine Pesos (Seems a lot but it’s less than 15 pounds including two taxis, a bed, my souvenirs and my beers)
Strange Currencies – Philippine Pesos and Centavos
Transport Used – Taxis only (though I kind of wish I had tried Jeepneys or Kalesas!)
Nationalities Met – Philippino, Australian, Chinese, English
What I saw – The airport, the drive by taxi (twice) to Baclaran, Paranaque City, the hostel, the view from the hostel porch, the 7 Eleven, the bust street of Roxas Boulevard
Key Song (at least until next time, Manila):
PHIL COLLINS – ANOTHER DAY IN PARADISE:
My Videos – (I actually really like these random travel videos of Manila, as even though I didn’t see the city you can tell I had a very relaxed and pleasant night there):
ARRIVAL AT MANILA INTERNATIONAL AIRPORT:
IN ROBERTO’S TAXI TO BACLARAN, PARANAQUE:
IN ROBERTO’S TAXI FINDING MY HOSTEL IN BACLARAN:
MY WALK ON ROXAS BOULEVARD, BACLARAN, PARANAQUE, MANILA:
RELAXING IN THE MANILA HOSTEL WITH A RED HORSE BEER:
IN TAXI BACK TO THE AIRPORT:
LEAVING MANILA:
Join 15,017 Monthly Readers! If you enjoyed this article and LOVE travel and SAVING money, get e-mail updates from Don’t Stop Living – a lifestyle of travel! (It’s Free) 😉 Jonny

2 thoughts on “Backpacking in the Philippines: One Night In Manila”